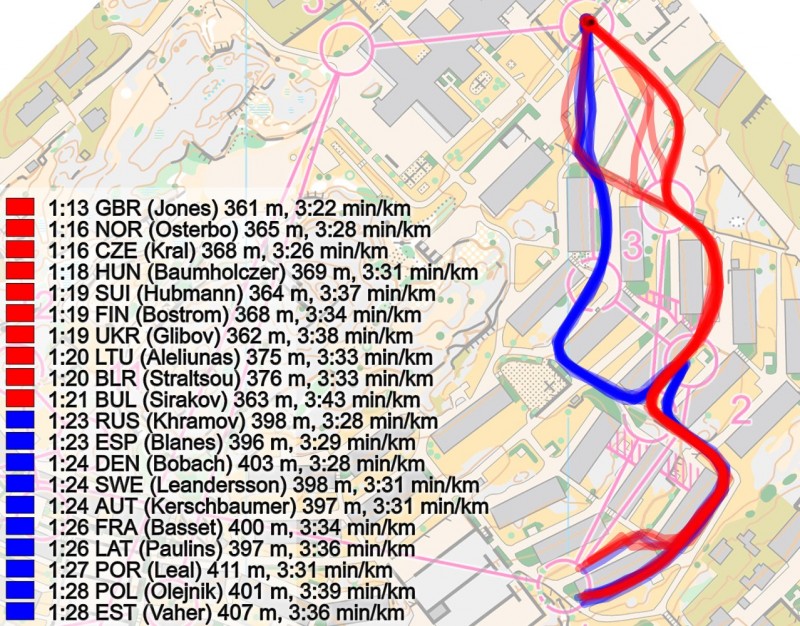 The World Orienteering Championships Sprint Relay was a tight battle between Denmark, Switzerland and Sweden. In the end Denmark’s super-sprinter Maja Alm decided the relay for Denmark for the second year in a row after having been served a perfect start position by her teammates Cecilie Friberg Klysner, Tue Lassen and Søren Bobach.

Denmark’s runners all did very stable technical performances. Cecilie Friberg Klysner and Tue Lassen ran excellent on the first two legs and served Søren Bobach in a perfect lead position at the start of the third leg. Bobach lost some time to Sweden, but still managed to keep a safe gap to the toughest contender Switzerland – enough for last leg runner Maja Alm to run in to a safe victory.

Race development at a glance

The above race development graph shows the how the race developed for the Top 6 finishers at a glance. 10 different situations are marked on the illustration with the letters A to J; these situations will be explained further in the following.

Leg 1: At point A Denmark’s Klysner (red) and Sweden’s Lina Strand (blue) have a shorter forking than Switzerland’s Rahel Friederich (green), a gap which Switzerland never really manages to close throughout the leg (Switzerland’s Wyder uses it to get closer to Maja Alm on the last leg, though). Sweden is in the lead after the leg with Denmark and Switzerland within 10 seconds. Last year’s silver medalist Norway (light blue) loses 25 seconds due to a parallel mistake towards the end of the race (point B) – and is now out of the fight for the victory. Russia is disqualified on the first leg due to a missing punch.

A look at some interesting parts of the course

All legs started out with a long control to the first control which proved to not be too decisive routechoice wise as nearly all runners ran different variants to the right. Some small gaps opened up, but nothing very significant. Here is an illustration from the first leg: 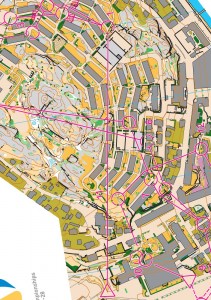 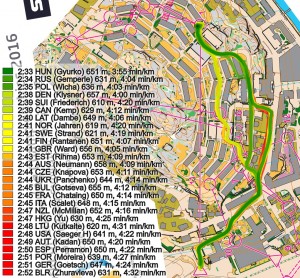 The forking between the first and fourth control opened up more gaps, though. The same was used on all legs, but women forked against women and men against men (as is intended).

The short forking (to the right) is around 10 seconds shorter than the long forking – this is a lot in a Sprint Relay where forkings should be as equal as possible in order to not introduce unfairness. The 10(!) fastest on these leg have the rightmost forking (shown in blue) – the fastest on the lestmost forking is Ward from Great Britain who loses 9 seconds (all runner choosing the left are shown in red). For the other legs the time difference was even bigger for this forking. 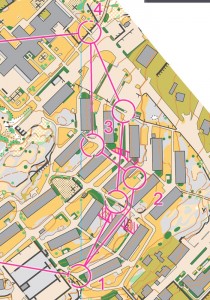 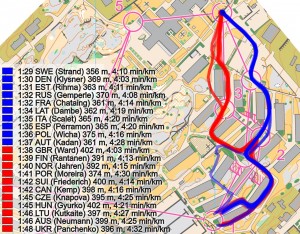 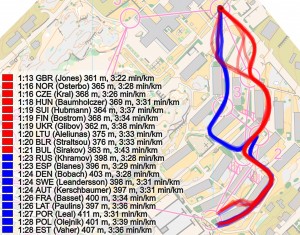 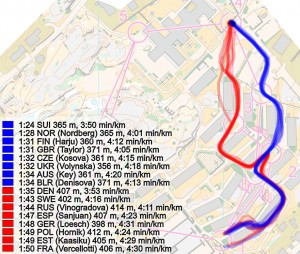 The second forking was more equal between the two variants, and many different routes were ran. At first sight it may look like you lose time by taking a routechoice to the right for the leftmost control, but if well executed you can run just as fast to the left, right and even across the hill for the leftmost control. Several runners lost some time due to non-optimal execution here, though. For the rightmost control you need to take a routechoice to the right to not lose time. 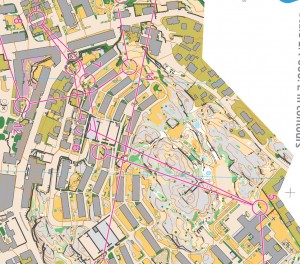 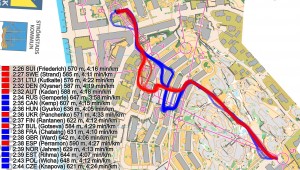 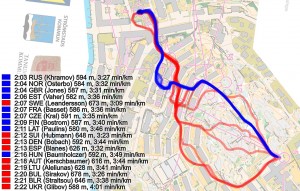 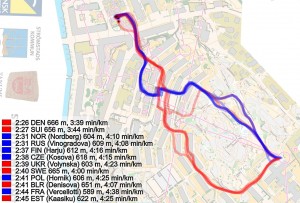 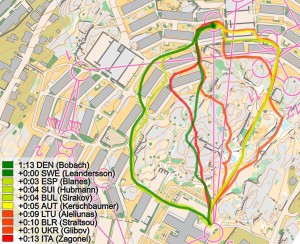 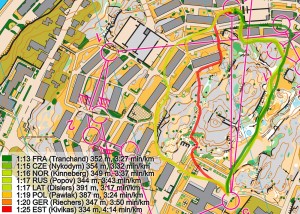 The last forking for the men was again quite equal – and again good in the manner that it split the field. Here for the men (third leg shown as example): 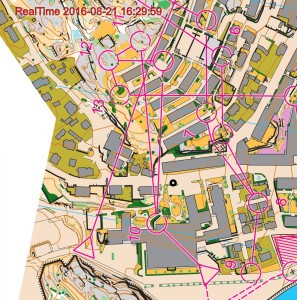 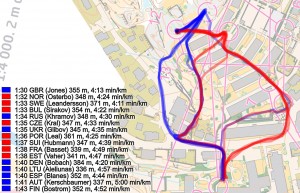 Quite a few runners lost time on this leg, partly due to choosing non-optimal routechoice for their leg, and partly due to the uphill character of the leg. If you had the rightmost leg, you lose time by going left (e.g. France’s Basset, Denmark’s Lassen and Switzerland’s Hubmann). For the leftmost control the picture is more complex, but also here some runners lose significant time by taking non-optimal routes (e.g. Denmark’s Bobach). 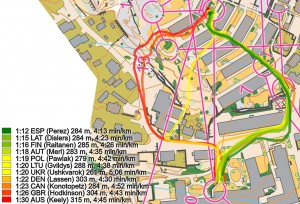 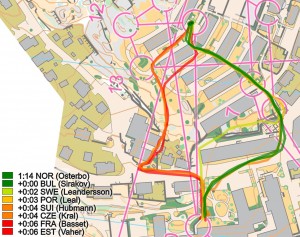 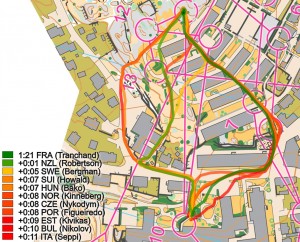 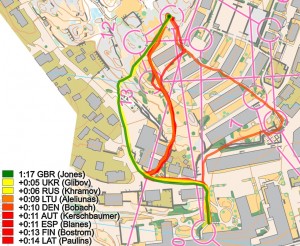 The women had only a single control which was forked (first leg shown as example). Again it split the field into two different routes, and the time used on each forking was close to equal: 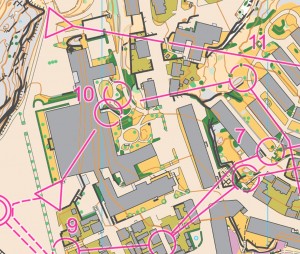 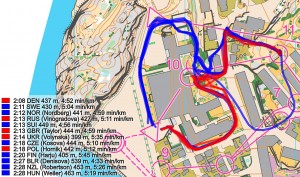 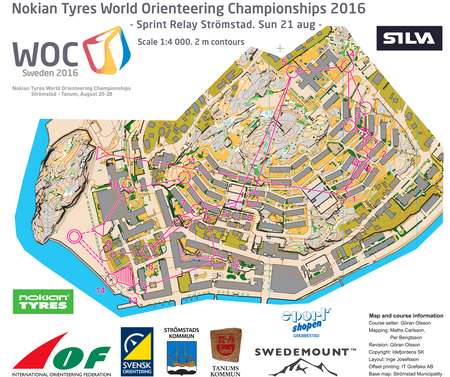 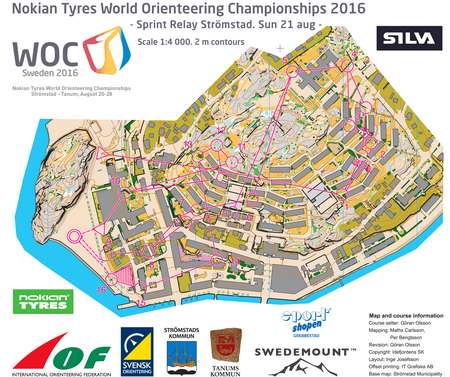