To JWOC with Catching Features [video] 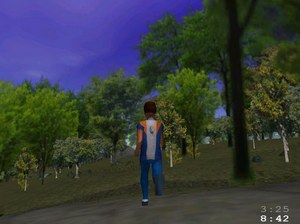 There is a very interesting project going on among some junior orienteers preparing for the Junior World Orienteering Champs in Australia next summer. Basically, they plan to

Large parts of the first map – Kahli’s Rocks – is finished, and a course is available for all Catching Features owners to play. I have played through the course, and made a video of my playing it and the course review to accompany this article – especially for those of you who have not tried Catching Features yet, or have only tried the demo version. Take a look at it – you get an impression, although the video quality at YouTube is not the best:

Update: Video in higher quality can be found here.

– Yes, it was me who started this project, austrian junior Tobias Killmann replies when asking about the project. – There are actually more guys consuming of this JWOC project than people are working on it. The main persons and OCAD drawers are Øyvind Enger (Modum O-lag), Thomas Carlsson (Rehns BK), Christian Schive (Halden SK), Konring (Denmark) and me, Tobias continues. – There are also some really good juniors like Genar Jeremy, who play CF regulary and have top JWOC results, who will profit of this project. Some of the guys working on the project are however actually too young to qualify for the JWOC.

– Catching Features (CF) gives you a perfect possibility to prepare for competitions in terrain you are not familiar with. You learn how to read the map in those specific terrains, and you learn how to take the right routes in it, Tobias continues. Another junior using CF to prepare for orienteering competitions is the belgian junior Jochen Verdeyen – finishing in a very surprising 4th place at the sprint at JWOC in Lithuania this summer. 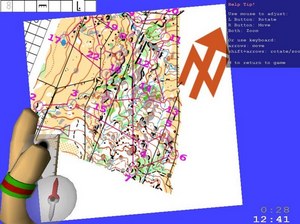 Very relevant O-technical training
– I’m absolutely sure that Catching Features improved my o-technique, and the way how I behave myself with a map, Jochen comments on his JWOC result. – In the preparation for last years JWOC, I draw a small map in OCAD (sample of jwoc), and converted it into CF. So, I think I was the first with the idea for making JWOC maps in CF, Jochen exclaims. – This sort of training is the best possible – except for going there and train a lot on relevant maps. You get a good feeling with the relevant terrain if you play on it regularly. I also know that some elite-runners use other preparations like analysing thousands of routechoices on the relevant maps, but that’s not the same…

Improves my Orienteering
Tobias continues to tell about how CF improves his orienteering a lot; – The first and in my opinion most important aspect how CF improves your O-skills is that you get incredible fast to read the map. CF is 4 times faster than the real life. That means that 1 CF second is 0,25seconds in real life. To be good at CF you have to able to read the whole route to a control in less than half a second! This leads you to the second most important point how CF improves your O-skills, the route choices. You don’t have to go out into the forest to learn to take the right route choices. In CF you can run courses in 10 min with many tricky route choices. You learn to take the right choices in a shorter time!”. Jochen fills in; I like sprint the most, and CF is a very good training for that, because you’ve got to react very fast for creating your routechoice ‘in your head’.

– One other very important point is that you learn how to deal with competition situations. You can run many competitions every day, and you always have the same mental stress as in real life. You learn how to react after mistakes and to keep cool. The ranking system in CF is always a motivation to train harder and it is simply incredible how you can watch how the CF players improve in real life, Tobias continues.

Hard work
By comparing the original map with the Catching Features map, we can see that good work has been done (upper is CF, lower is original map): 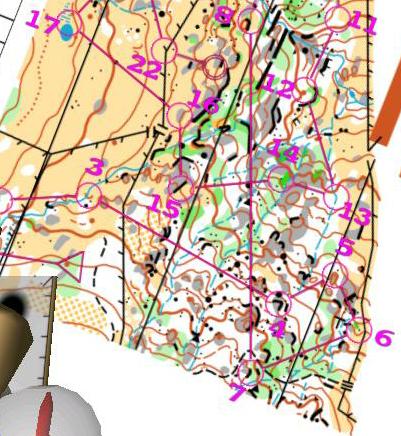 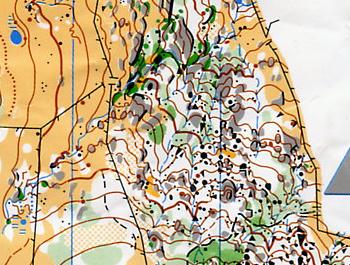 Raises questions
With orienteering games becoming so realistic that it is actually possible to use them extremely well in preparing for competitions, some questions will have to be raised. Will the big orienteering nations with lots of resources start making OCAD files of old maps to prepare themselves for the World Champs in an orienteering simulator – be it Catching Features or another product? Marianne Andersen of Norway prepared herself for this years WOC long distance by making a map in OCAD of the terrain, but to my knowledge she did not take it a step further and actually use the map in an “orienteering simulator”. Other runners have also made OCAD maps to prepare themselves for big competitions, but playing the World Champs map in an orienteering simulator until you know it like your local forest is bound to have a significant better effect… I am actually surprised that not more of the elite orienteers use this opportunity today to improve their orienteering skills. There are hundreds of different maps available to play on – both converted from real OCAD files, “fantasy maps” and random maps. And forget the demo version and the built in maps – it is the competitions that are fun. Try the full version somewhere, and you’re sold (at least I was;).

Just for the record when writing so positive about a product: I have no commercial interest in Catching Features whatsoever. I have tried to contact the man behind the software some time ago regarding a different matter, but without managing to get any answer. The opinions given in this article are purely my personal opinions. 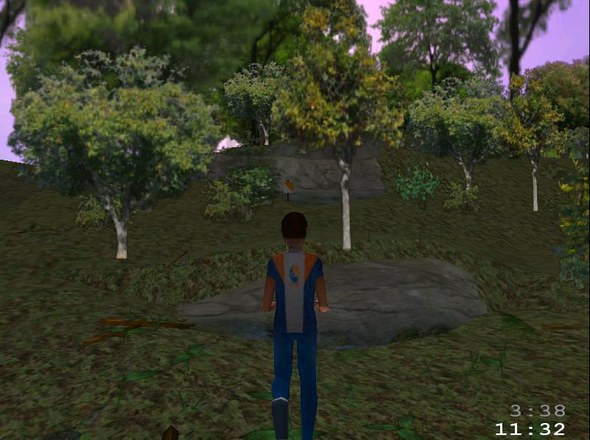 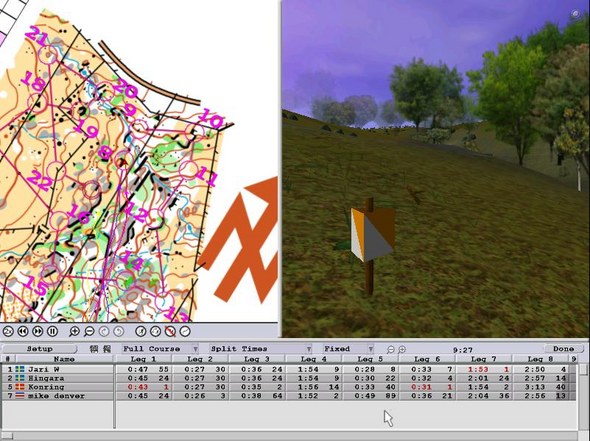 Jan Kocbach is the founder of WorldofO.com - taking care of everything from site development to writing articles, photography and analysis.
@jankoc
Previous Map from WMOC in Brasil
Next All maps from WMOC Brasil