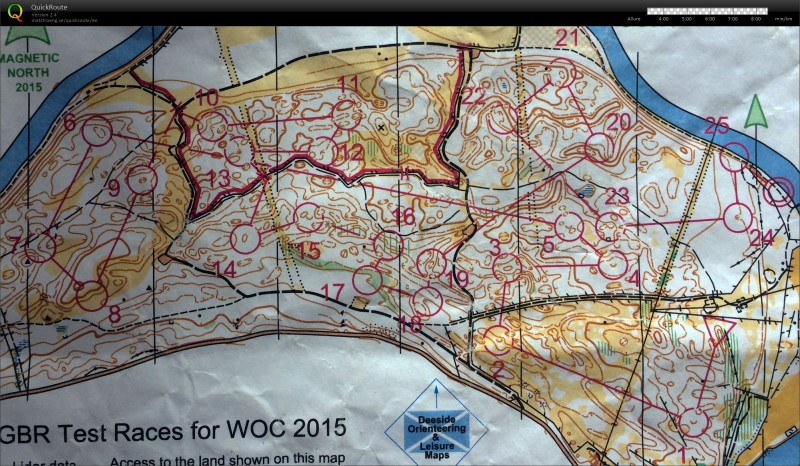 Two of the major favourites at the World Championships in Scotland in August used the Great Britain WOC selection races for part of their preparations. Thierry Gueorgiou was behind Norwegian Magne Dæhlie for most of the race, but took the victory after a strong finish. In the women’s race Alexandersson was in the lead from the first control until the finish – but in the end the gap down to Norway’s Mari Fasting was only 1:10.

The best British runners were Jessica Tullie in 4th at +4:28 in the women’s class and Graham Gristwood in 5th at +2:18 in the men’s class. The British WOC selection races continue with sprint and long distance this weekend. 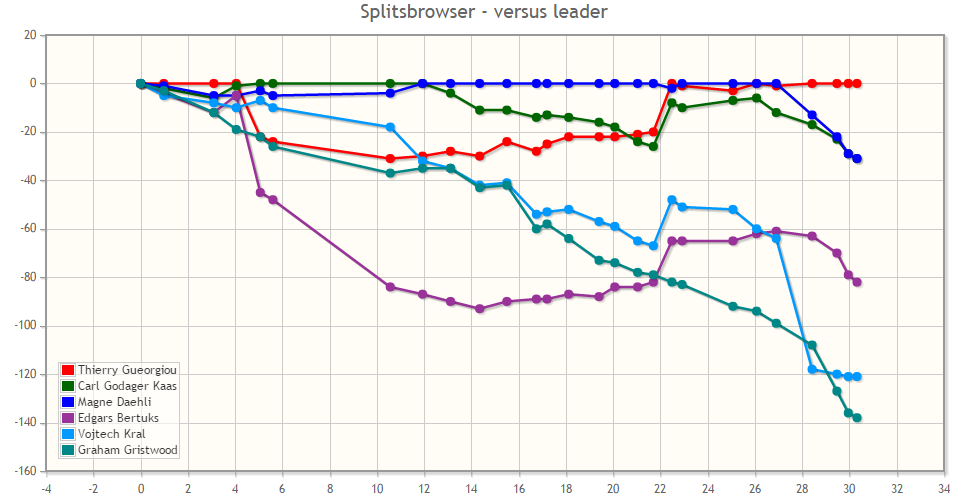 Thierry Gueorgiou won 31 seconds ahead of Carl Godager Kaas  and Magne Daehli  with Edgars Bertuks  in 4th at 1:22. Edgars Bertuks finished only in 4th, mainly due to mistakes early in the race. The Latvian surprise World Champion from 2012 is however getting better and better, and he will definitely be one of the main favourites in Scotland based on how he has previously shown to be able to perform his best on THE day.

Thierry Gueorgiou won 14 of 26 legs and his only real mistake was at the 4th control where he lost 24 seconds to Dæhlie (see below). Carl Godager Kaas lost 7 seconds or less to the leg winner on all legs – that was least of all runners in this race. 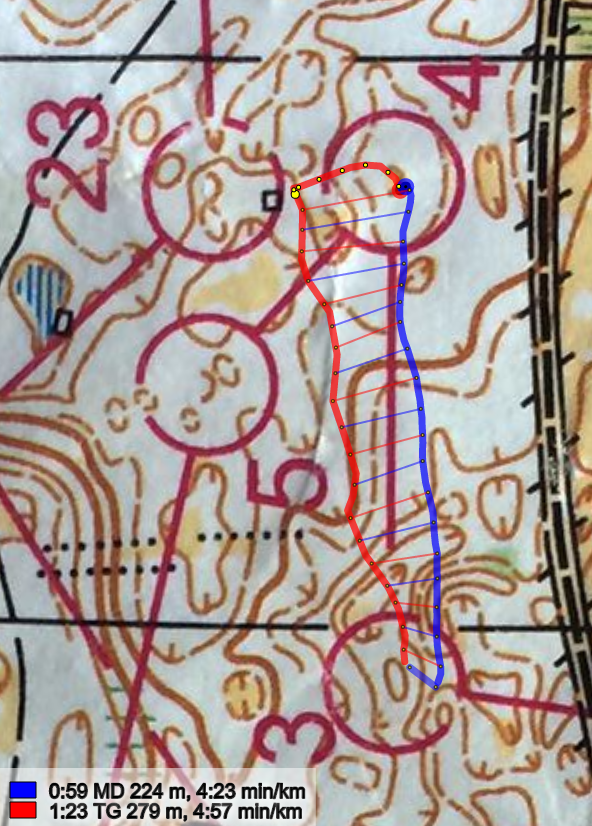 Thierry Gueorgiou took the lead at the first control and stayed in front until control 3. The race lead then changed between Carl Godager Kaas, Magne Daehli and Gueorgiou. Thierry Gueorgiou finally took over the lead at control 23 of 25 controls after Dæhlie had made small mistakes both to the 18th and 23th (see below) – and kept it until the finish. 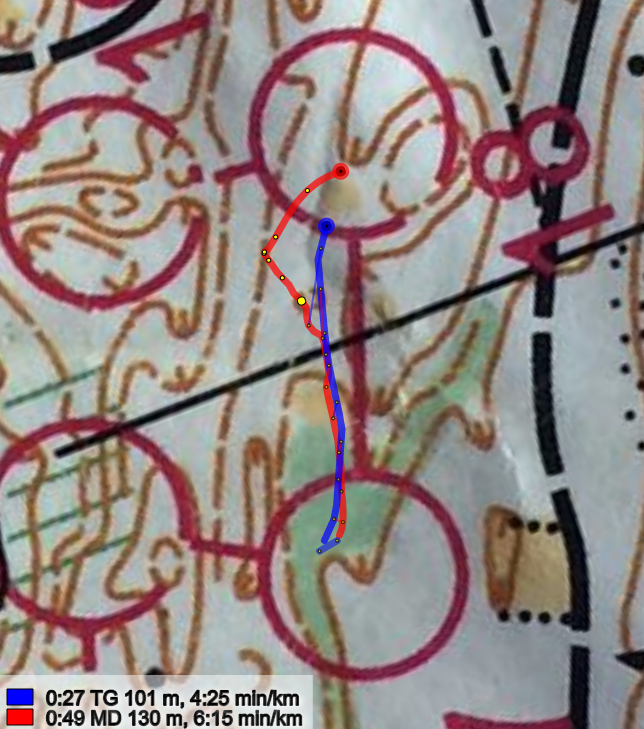 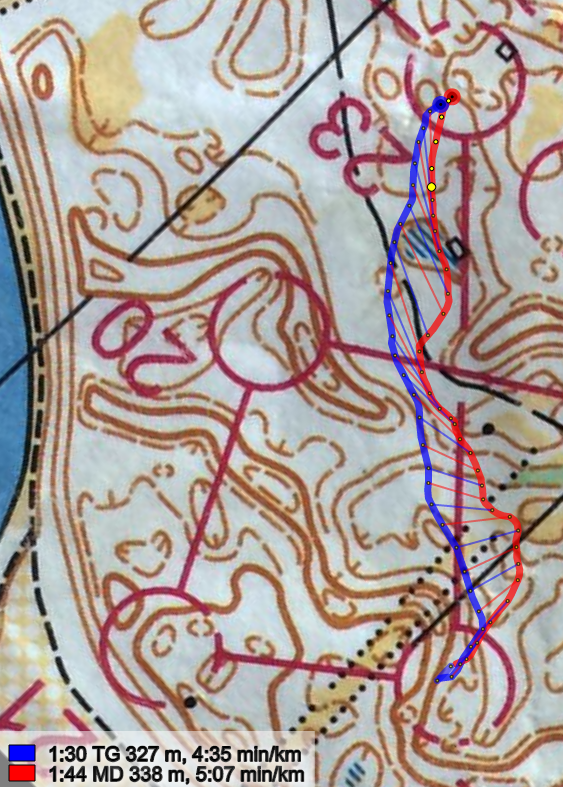 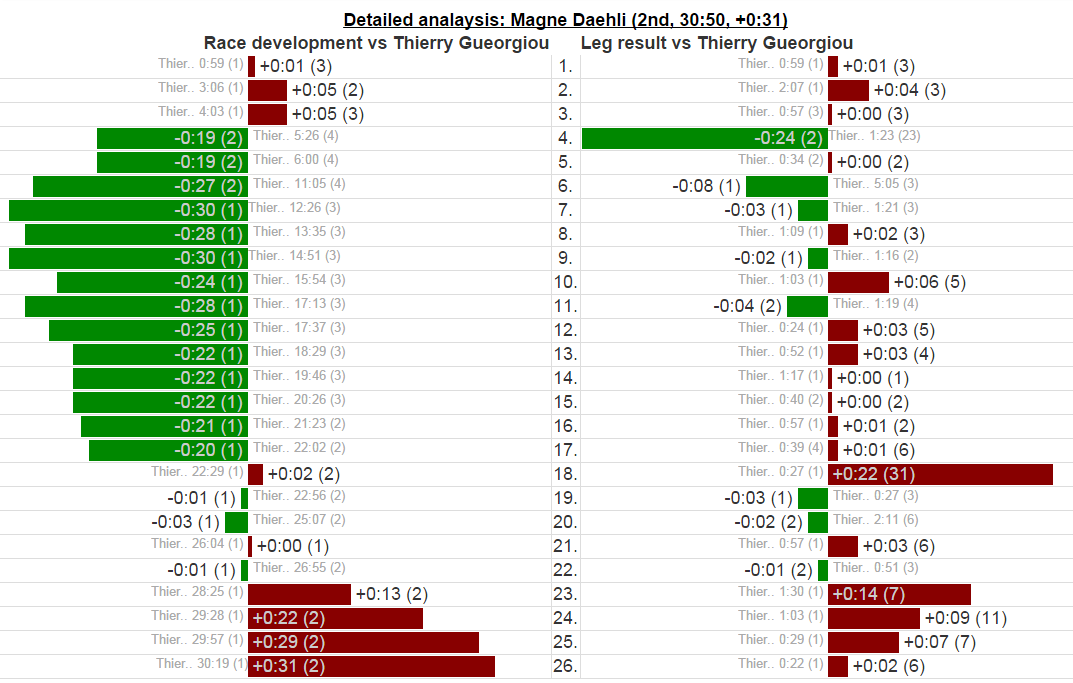 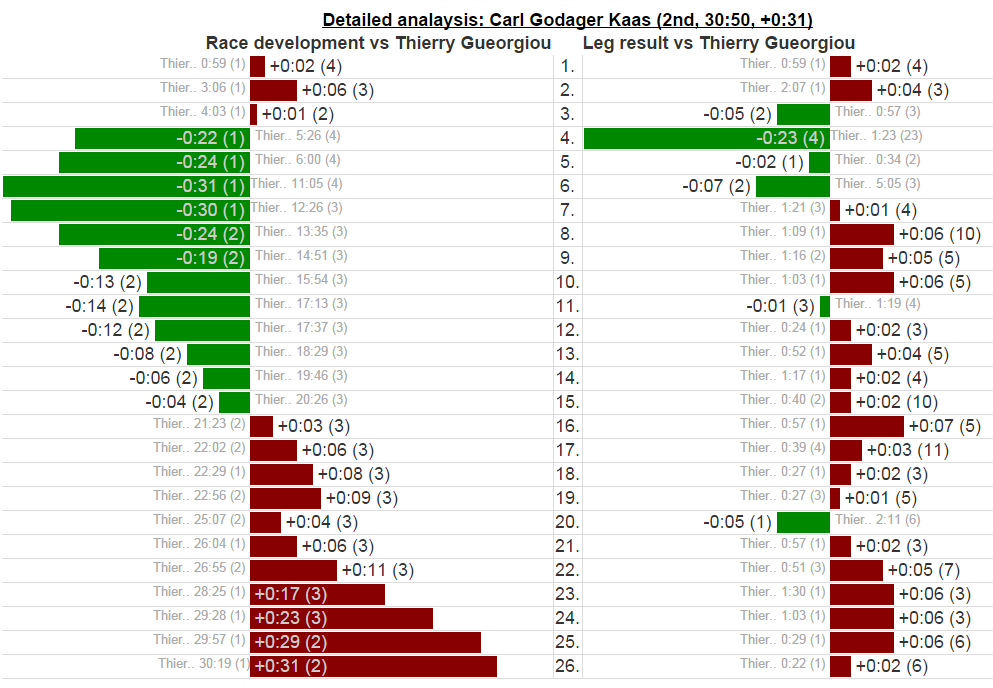 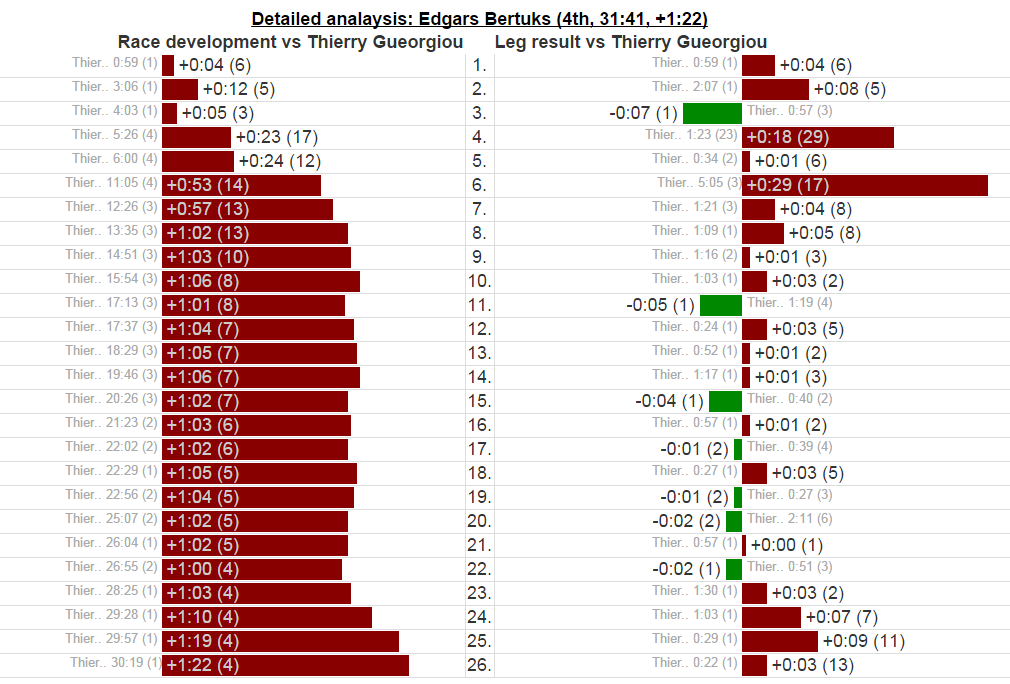 Alexandersson vs Fasting and Billstam 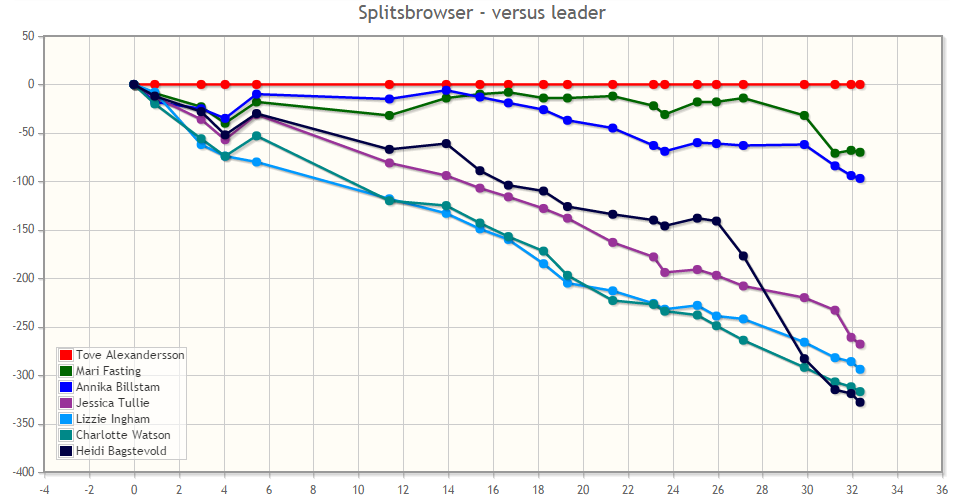 Annika Billstam had the most even race – losing 22 seconds or less to the leg winner on all legs – that was least of all runners in this race. 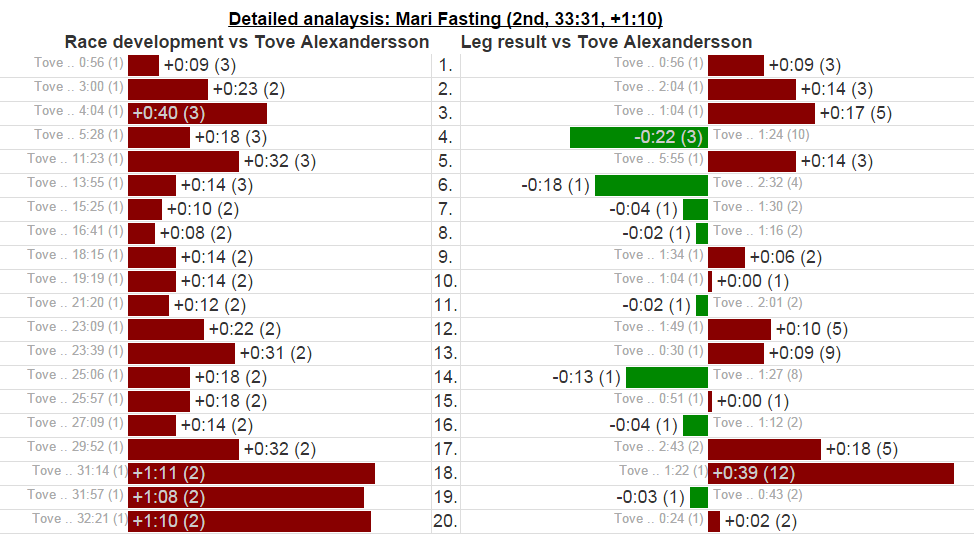 Jan Kocbach is the founder of WorldofO.com - taking care of everything from site development to writing articles, photography and analysis.
@jankoc
Previous Finnish Team for WOC in Scotland selected
Next GBR WOC Selection Long: Gueorgiou and Fasting