Interview Lina Strand about Course of the Year 2019 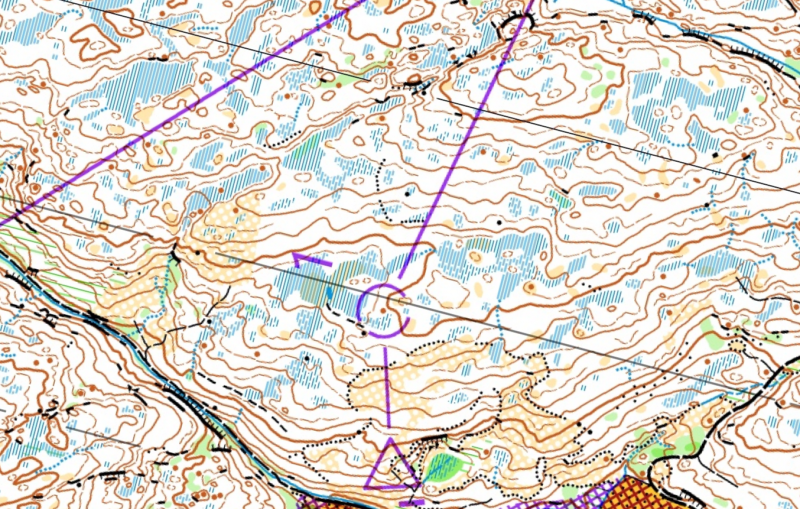 –  It started with a short leg uphill, where you directly could feel the roughness of the terrain and feel that it would be a long and tough day at work, Lina Strand explains about her favourite forest course in 2019. Long legs with interesting routechoices interspersed with some tricky shorter legs is a good description of this course. Read on for more about this course, and the other great orienteering courses Lina Strand ran in the 2019-season.

Strand did some great races in the 2019-season – with the silver medal at the World Orienteering Championships (WOC) Long distance being the highlight. This interview is part of the “Course of the Year 2019″ contest organized by World of O. In the introduction article you can suggest YOUR favourite course for “Course of the Year 2019″ – there are prizes to be won worth more than 6000 Euro.

For me, it was the WOC long distance test race organised by Halden in Norway [Editors comment: This race was also chosen by Lucas Basset (men’s course) and Denisa Kosova (women’s course) – definitely a great course]. It challenged the runners in all the ways a long distance should do, according to my opinion. 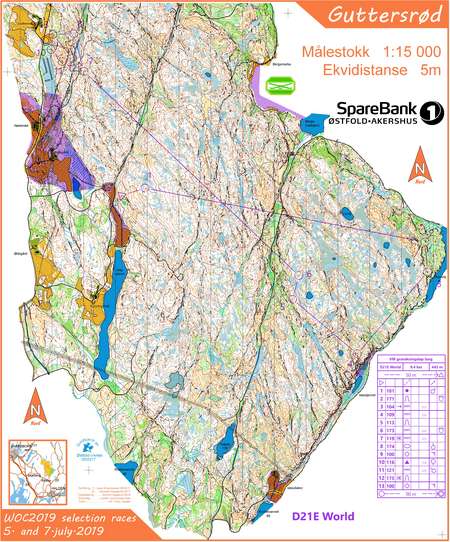 It started with a short leg uphill, where you directly could feel the roughness of the terrain and feel that it would be a long and tough day at work :). Then a very long leg was waiting with the first half with no possibilities to find an easy runnable route, but with a second half where you could chose to run quite much around or to go straight.

My choice may be affected that this competition was one of my best runs in 2019, in a terrain where I feel much at home. :)

The course also had a second long route choice leg, but where there was no obvious route choices at all, neither where to go “straight” or no possibility to go all way around. If you could use your road skills on the first long leg you had to show other skills now. [Editor’s comment: See the second route choice leg and the best routes (based on GPS-times) below] 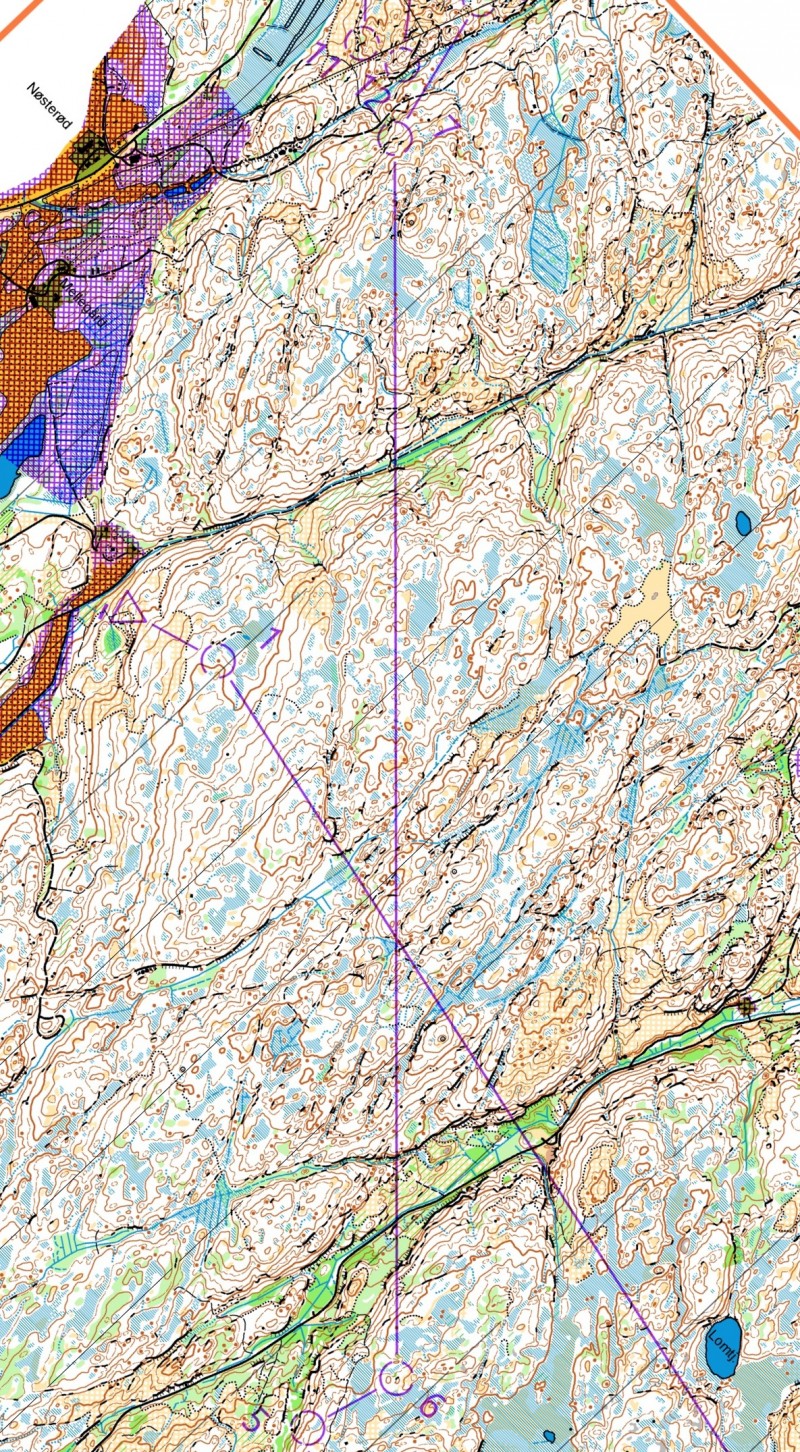 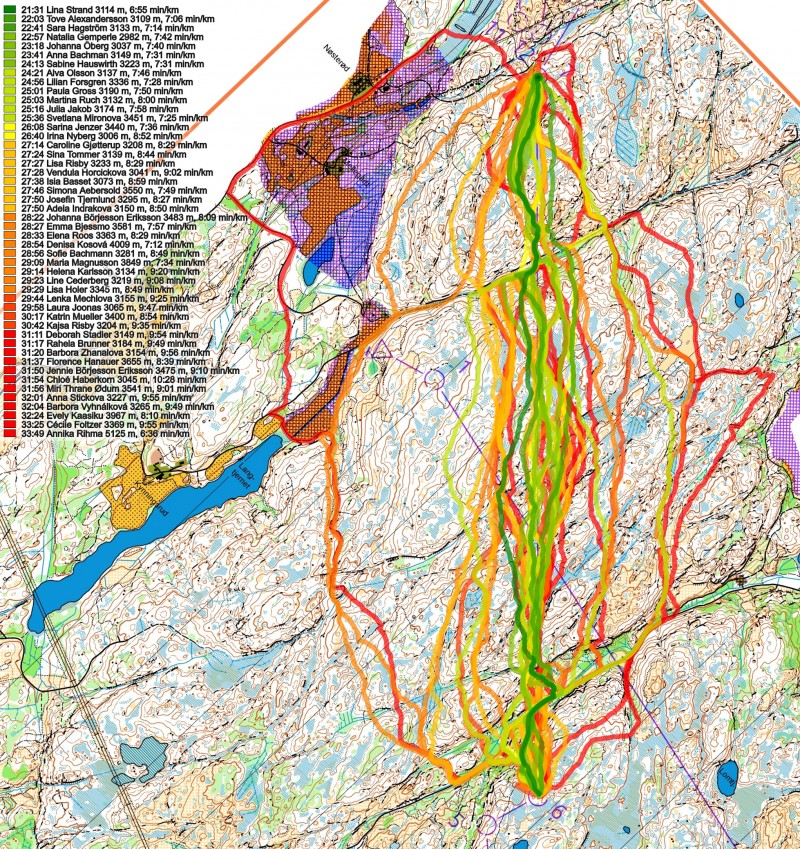 The course had an arena passing, but with almost no taped route, but still you passed the arena, getting information from the speaker about positions, which is a challenge to your mind during the last part with tricky controls. My choice may be affected that this competition was one of my best runs in 2019, in a terrain where I feel much at home. :)

I ran only one sprint competition during 2019, the Swedish League sprint in Stockholm during the spring which was a good course (but already picked by Gustav!), so I would rather chose a sprint training. It’s from the national team training camp in Spain during January. We ran a knock-out sprint and the semi final and finals were in the village Cehegin. 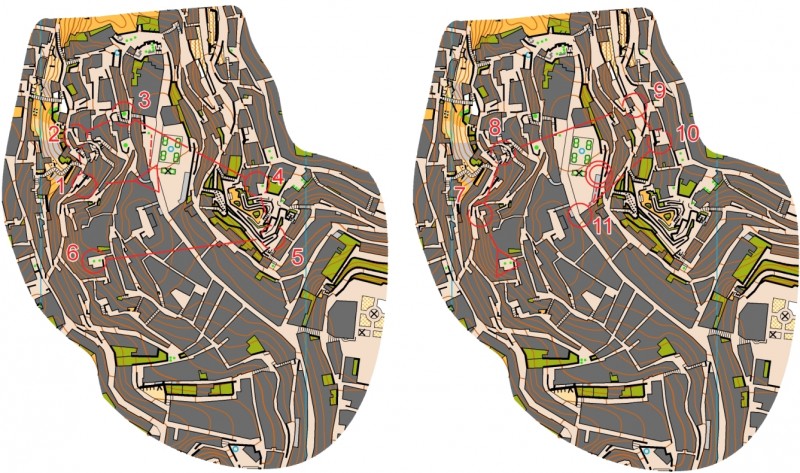 A complex sprint area with many narrow streets and stairs. The final course offered many route choices, so it was a lot of possibilities to chose your own route from the rest of the group, but a lot of tactics when it was smart to go or not. It’s hard to get rid of the pack when the speed is limited by the complexity of the course/area, but if you are on top of your own orienteering, possibilities come and then you have to take it. That is what I liked with this one, it challenged you both physically, technically and tactically.

… And now I realised I also ran the sprint relay at World Cup in Finland. The course was good, but what I remember more is the great atmosphere at the arena – very well done by the organisers as the placement of the arena didn’t affect the courses in a negative way for this kind of event.

Q: What was the most interesting orienteering terrain you run in in 2019 – and why?
Aguiar da Beira, in Portugal [Editors comment: Actually from the Satão-region, see comment below]. We were there with the national team in March, and it was a great area for , both night and day orienteering. The runnability is mostly good to very good, especially on the bare rock areas, where you can go super fast, but it is still demanding orienteering and you also need to be smart in micro route choice planning to be fast. 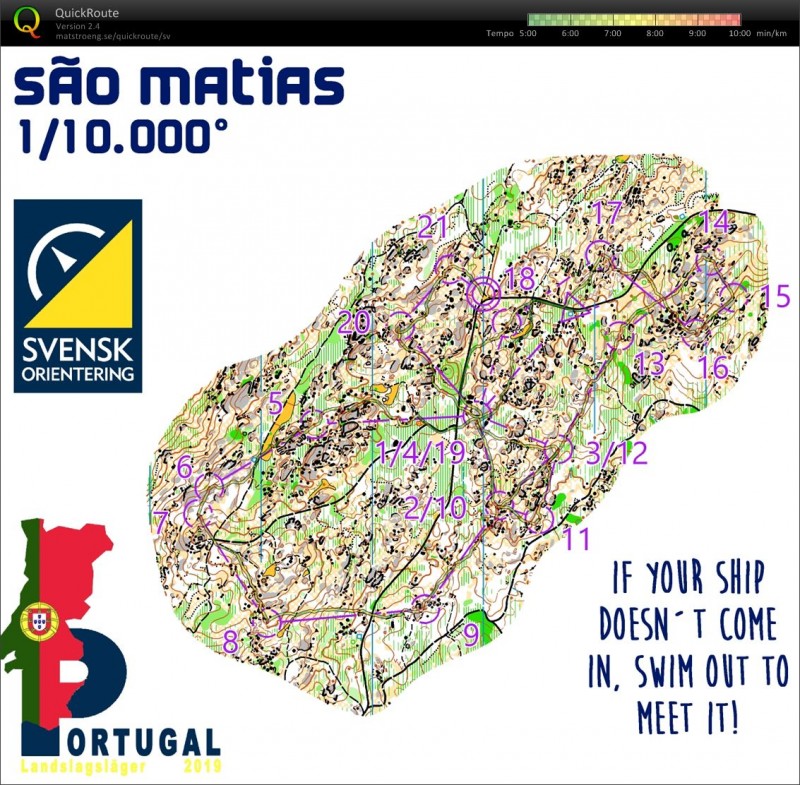 Q: What is the most interesting course you ran (or saw) in your own home country in 2019?
I have neither competed or run so many orienteering sessions in Sweden during 2019 and no one of those was so special :). So I will chose one I didn’t run myself – the Obygdshelgen competitions in North east of Sweden. I heard the competitions and the terrain was great, and it looks amazing! 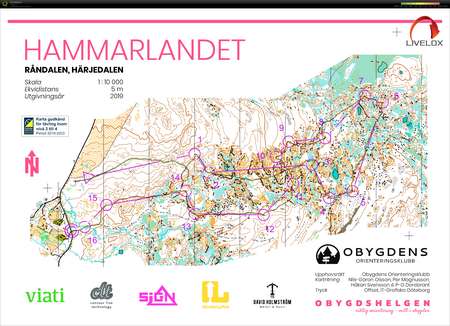 Q: What is the most interesting routechoice leg you remember from 2019? Did you take the right choice?
As the first long leg from the test race in Norway is already mentioned, I chose two even more decisive legs, the two long legs at the long distance at WOC in Norway. 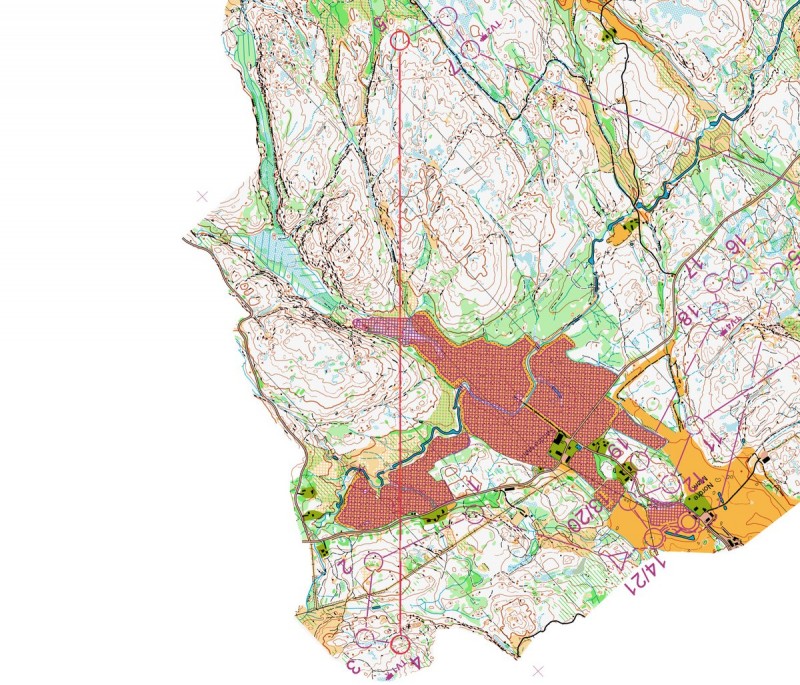 At the first long leg I am surprised not more runners ran the left route choice which turned out to be the best. For me it was a clear one, to avoid all the zick-zacking around the forbidden fields on the right route. I was also happy to be able to run a bit on hard ground and save my terrain legs a bit, which was according to my tactics. 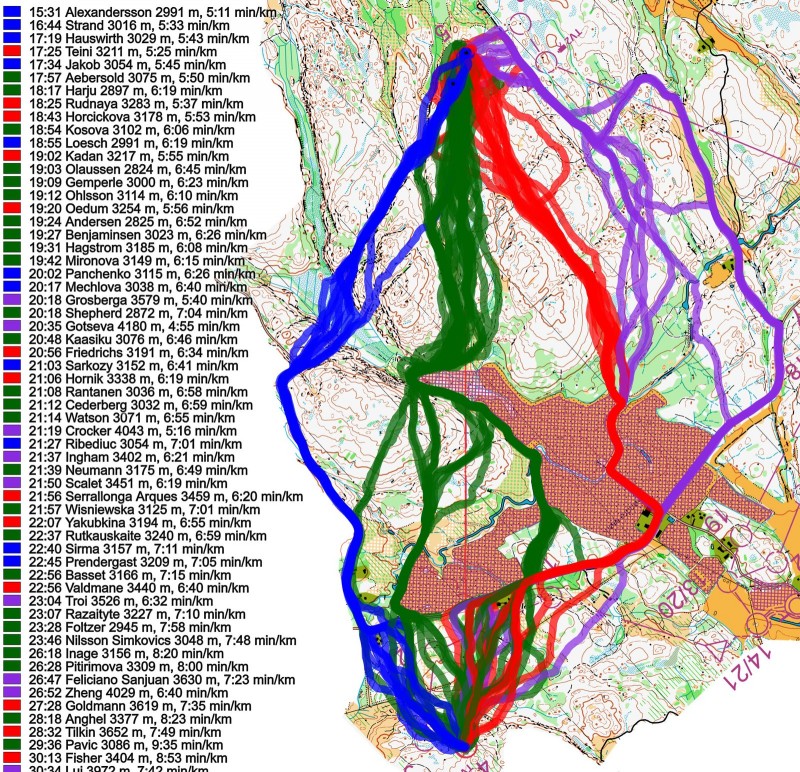 However, I chose the wrong route on the next long leg: 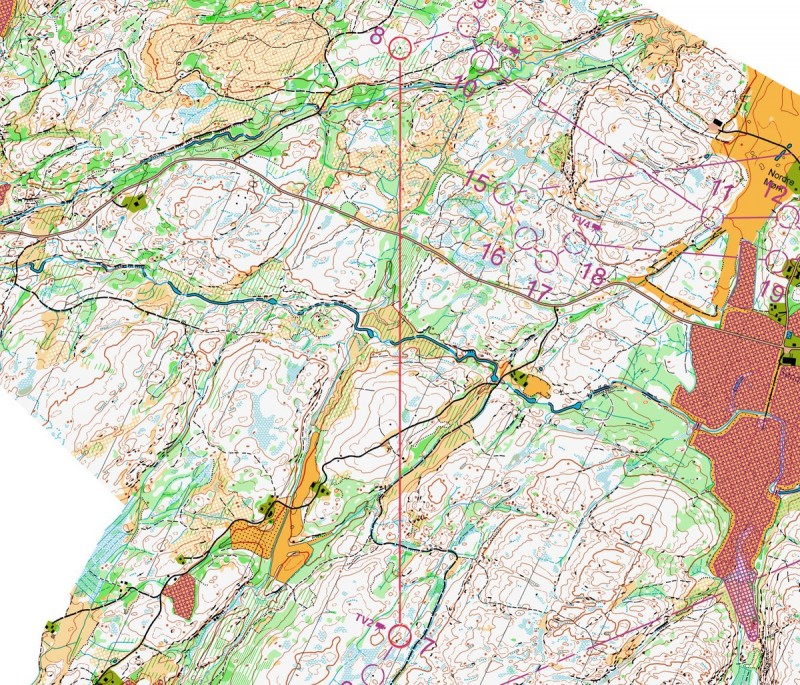 Here it was better to go straight, so those two long legs was a good combination, where you got trapped if you only stuck to one special tactics with route choice planning. 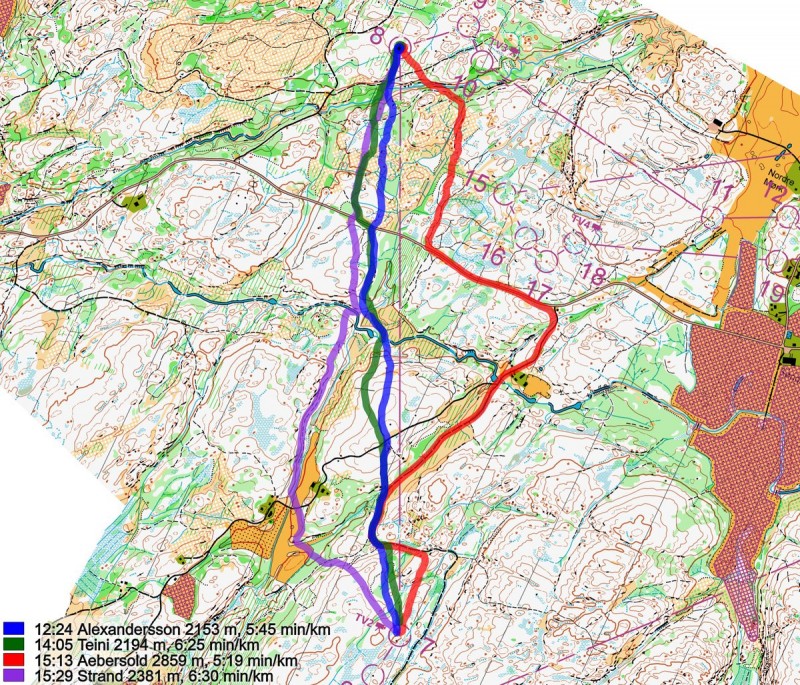 Q: Did you set any courses in 2019? If so, is it possible to share the best (in your opinion) with World of O’s readers?
Yes, I have set some courses during the autumn as I have started to work as an orienteering coach at the local orienteering school in Gothenburg. This is a part of one sprint interval session we had some months ago. 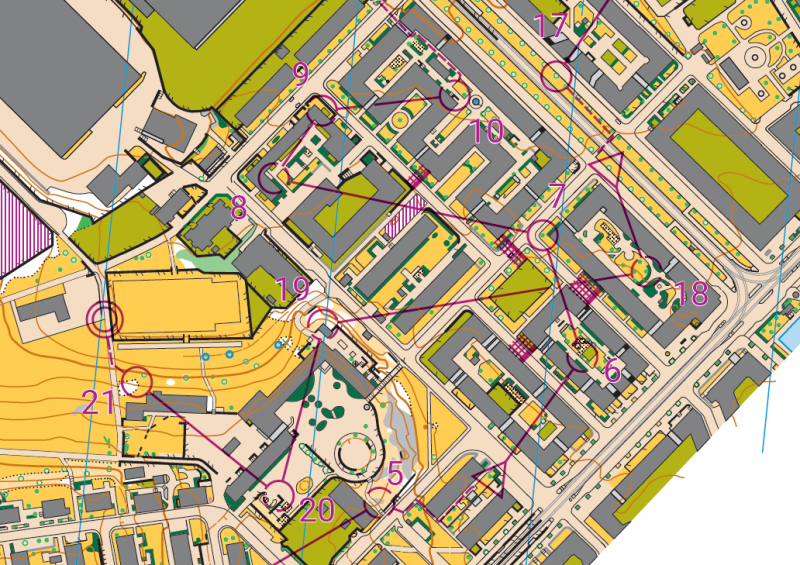 Q: What are your goals for next year – and do you plan to change your training and/or focus in order to reach your goals in 2020?
My goal is medals at WOC. During winter time I do quite much the same I did last winter, but when I do orienteering I will do sprint instead of forest orienteering, so there will probably not be so many hours in the forest the coming months :)

Q: Have you got any comments about the development of international orienteering?
I believe IOF must be more sharp when it comes to secure the quality of the maps and courses according to the problems with the olive green during the men’s middle distance in China. It should just not happen if you have some kind of controllers. I have respect that organising an event like this, in a new country is challenging, but it is not an excuse. I believe it’s a good ambition to spread the international competitions, but with that comes more work by the organisation – it may cost more time and money, but it has to be done in the right way and it is not the runners that should pay the costs for a cancelled or unfair race due to organisational errors.

Prizes from our Sponsors always makes it more fun! There will be a prize for the first one suggesting the course which ends up becoming “The course of the Year 2019″, and prizes drawn among the ones suggesting and voting. All prizes are transferable to other persons (you don’t have to travel yourself). 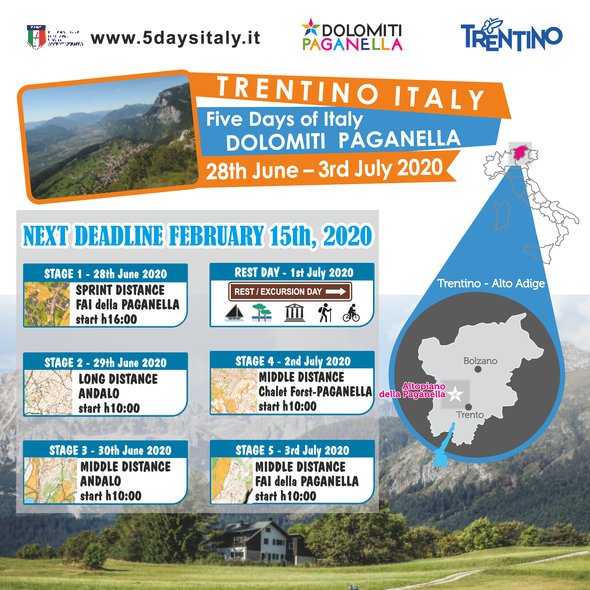 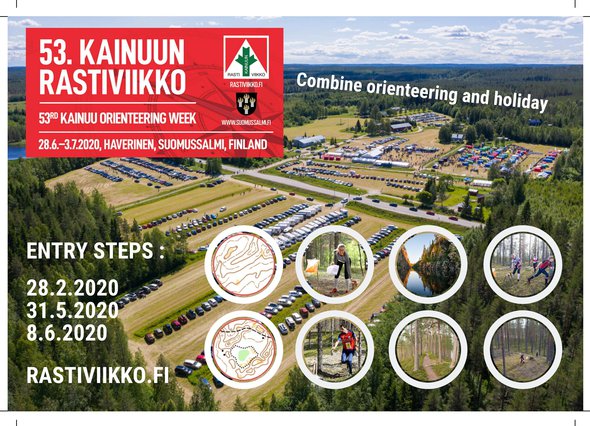 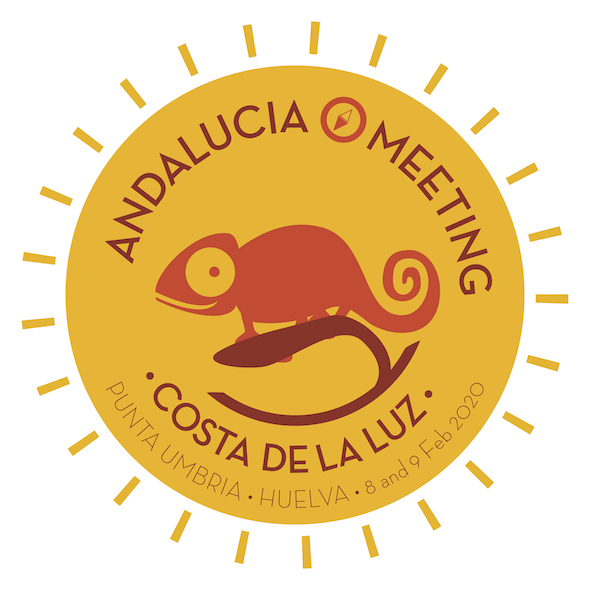 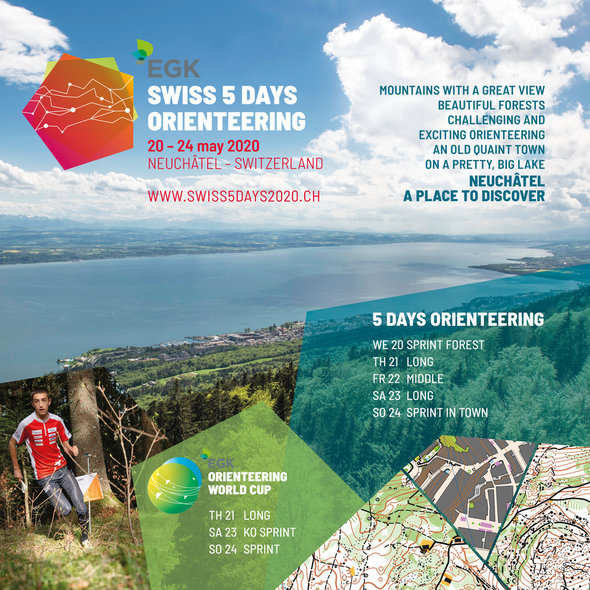 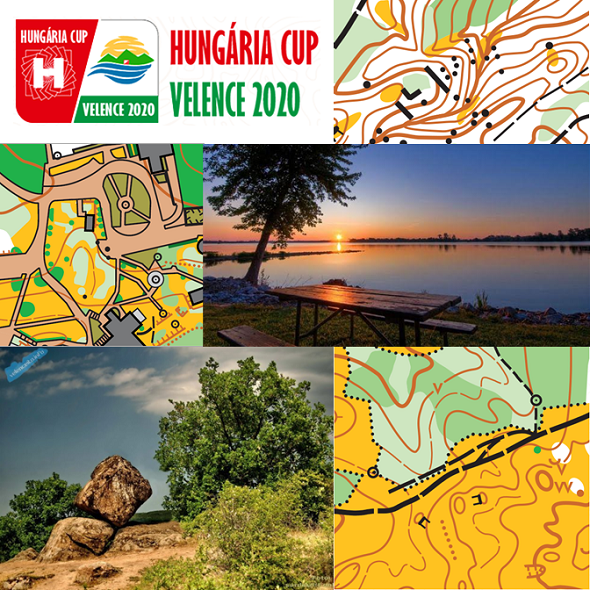 Jan Kocbach is the founder of WorldofO.com - taking care of everything from site development to writing articles, photography and analysis.
@jankoc
Previous Route to Christmas: Day 10 2019
Next Vote for Course of the Year 2019 Now!