The second part of the O-Route Challenge 2011 takes us to a night-orienteering relay in snow-filled forests in Finland – the Kevätyönviesti Night-O relay in Turku. With 30-50 cm snow in the terrain, this was a tough relay with special considerations to be done when choosing your route. The chosen leg is from the 4th leg of the relay.


About the O-Route Challenge: The Route to Christmas series has been very popular here at World of O the last years, and there have been many requests to offer some of these “O-puzzles” throughout the year. I have therefore decided to launch a similar series of “O-puzzles” throughout the rest of the year – at irregular intervals – named “O-Route Challenge”. I do not promise a lot of posts, but if time allows and I see interesting routes I will post them here.

The leg is as usually first provided without routes – you may take a look at it and think about how you would attack this leg (if the image is too small, you may click on it to get it larger). Remember that this is a night orienteering relay – with a lot of snow in the forest! 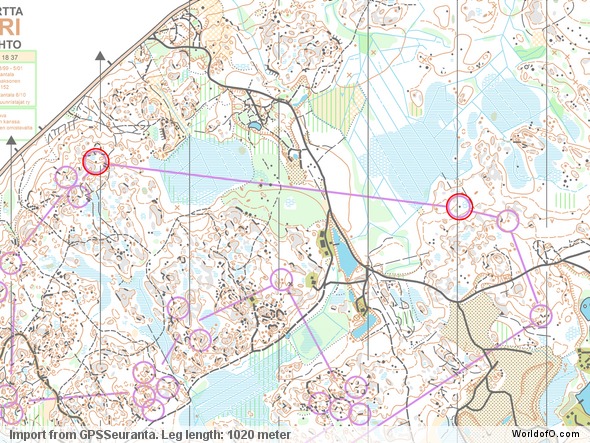 Next you can draw your own route using the ‘Webroute’ below. Some comments about why you would choose a certain route are always nice for the other readers.

Now you can take a look at a graphical analysis of the leg based on the GPS-data of some of the fastest teams between these controls (click on an image to see a larger version of it). The first shows the fastest routes on individual routes, the second shows a comparison of the two fastest routes, and the third gives a minimum pace analysis. Note that times are off the GPS, so there might be some inaccuracies at the start/end of each route/track. 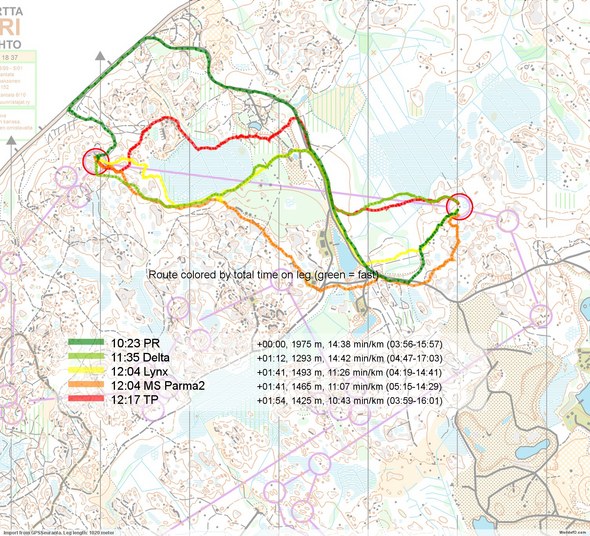 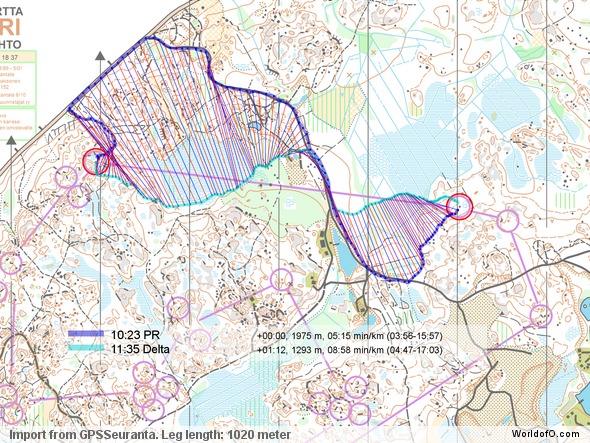 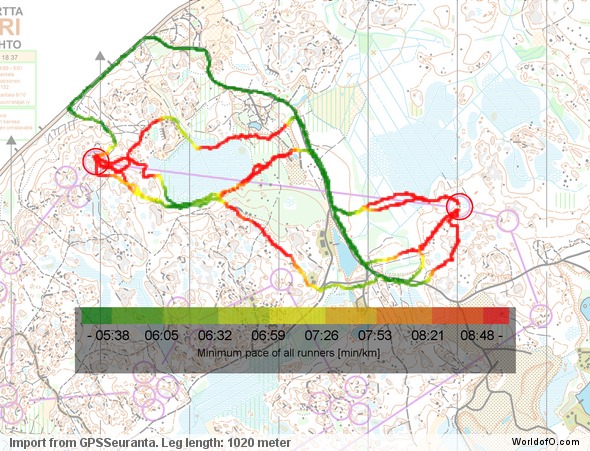 Based on the GPS data, it looks like due to all the snow in the terrain, the best approach for this leg was to take the long left option along the road. It is interesting to see how much faster it was to run all the way around – it probably surprised some of the runners as well. Looking at the pace data, one can see that for the direct route, the first part of the marsh is actually quite fast – it is the second part of the marsh which makes this alternative slower.