Home / Orienteering News / Lundanes: – A very good use of a superb terrain

Lundanes: – A very good use of a superb terrain

Jan Kocbach November 22, 2012 Orienteering News Comments Off on Lundanes: – A very good use of a superb terrain 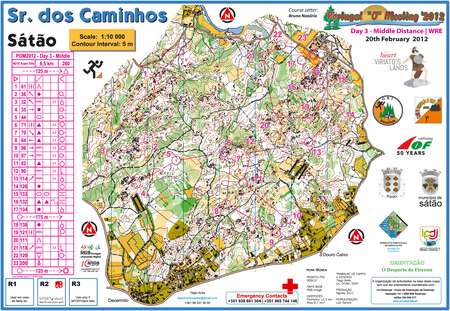 – I never felt that I really managed the challenges that day, so that is why I think it was the best course this year, Olav Lundanes says about the course he has chosen as the best course he ran this year. Three out of four top choices for the Norwegian World Champion in Long Distance orienteering were long distance courses – but on top of his personal favourite list we find the middle distance at day 3 of Portugal O-meeting.

– There have been a lot of nice courses this year again, so it was a hard choice so make. I think the POM day 3 middle (WRE), was maybe the best one, Lundanes explains.

– A race I really missed to run was the Norwegian Championships in Long distance, Lundanes explains.

With a little bit of bitterness shining through, the strong Norwegian adds that it was not the will to run that was missing.

– If I had been able to run I think it would have been my choice. 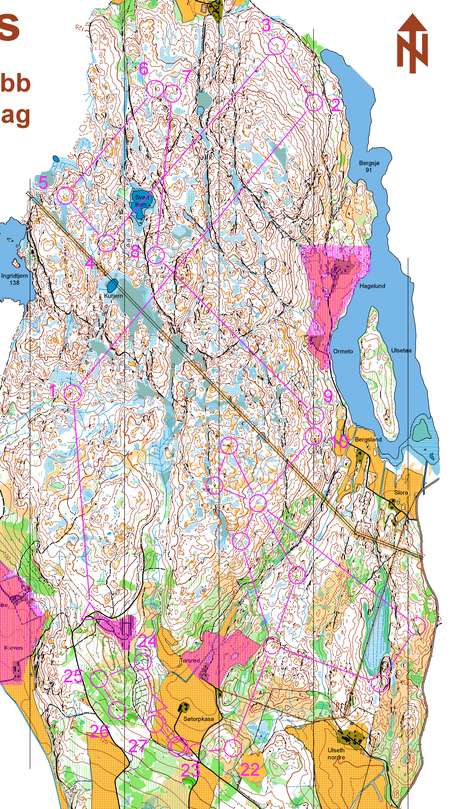 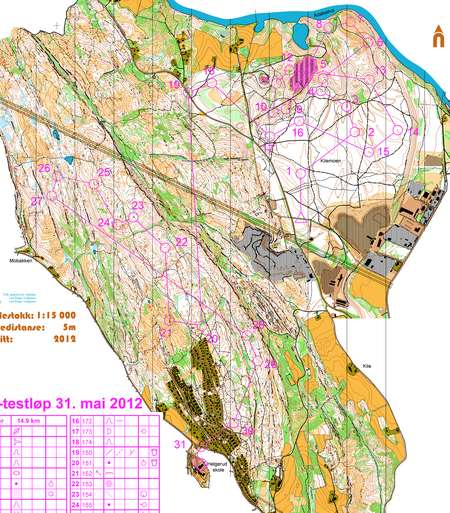 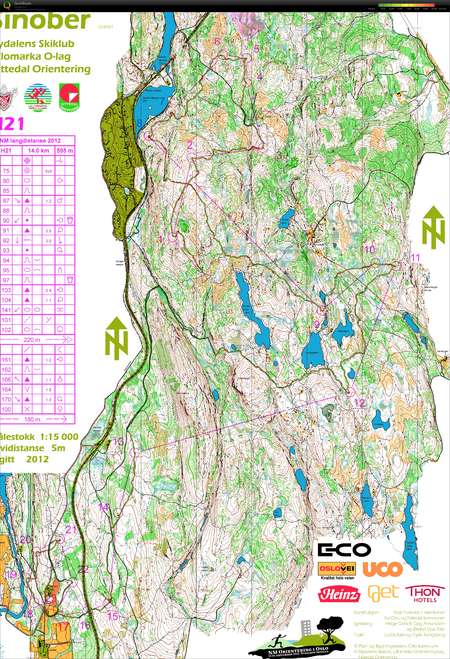 About “Course of the Year 2012″: The rules are simple: Suggest a course from a competition or training in 2012 using this link, and state the reason why you think this course deserves to be “The course of the Year 2012″. The best among all the suggestions will be chosen – and there will be a voting process among the readers of “World of O”. Sponsor prizes of around 1400 Euro are to be won by the ones suggesting / voting: MOC 2013 + PWT Matera is the main sponsor with a package worth 600 Euros. Other event sponsors are Orievent training camps, Bubo Cup, Fjord-o Arctic Midnattsolgaloppen, and Nice Holidays. See all details about the sponsors & prizes below

As part of the preparations for “Course of the Year 2012″, Olav Lundanes answered some more questions related to 2012 and the future.

I had a lot of fun during 2012, and one of the highlight was the Big 5 days in South Africa in January. A very small organizing team made some really nice races where the maps and courses were the main focus of the events.

But the greatest races were the two races at Euromeeting. In the Euromeeting Middle I did not know what to expect and it was a great challenge. The Euromeeting Long distance was just nice. Real Fjord-O terrain as somebody told me :) 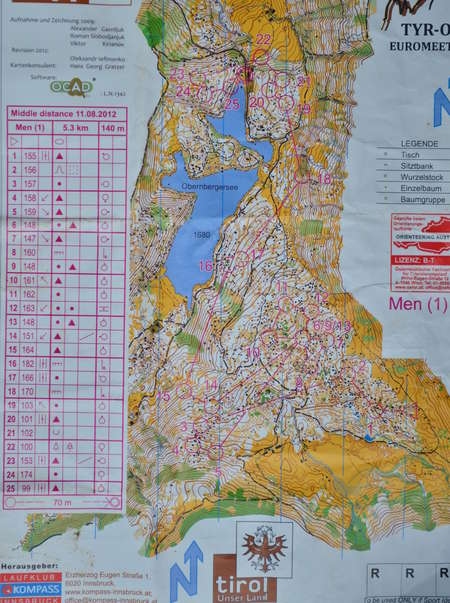 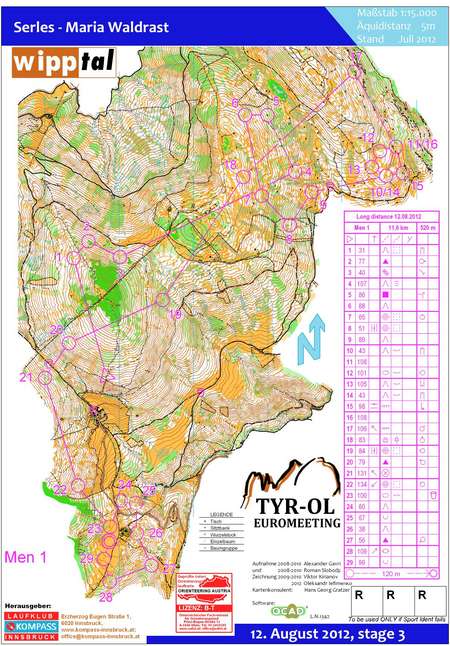 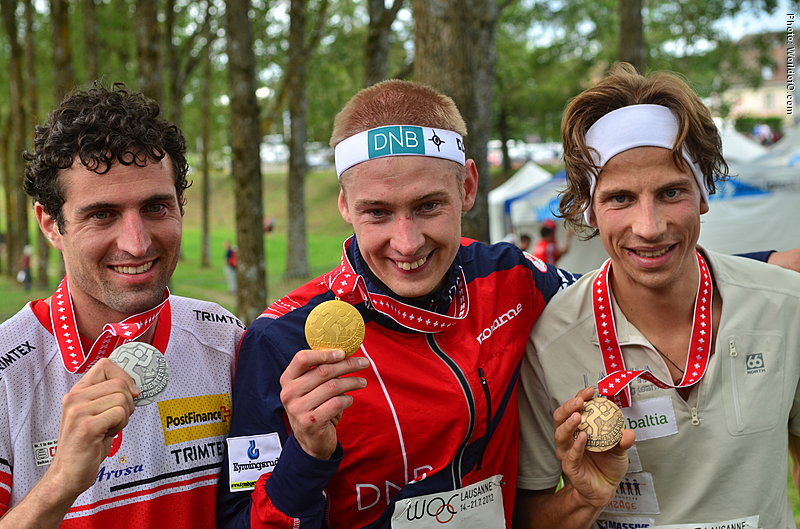 Q: What is the worst course you run in 2012?
Normally it is very easy to decide the worst course of the year, it is just to pick one of the WorldCup races in Norway. And even if we served our foreign visitors some real crap during the middle distance in Holmenkollen also this year, I don’t think it is enough to top the list. 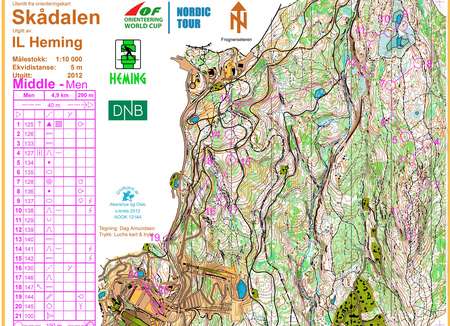 The World Cup Middle in Switzerland was even worse! But in both these races the choice terrain was the biggest problem, and not just the course setting. 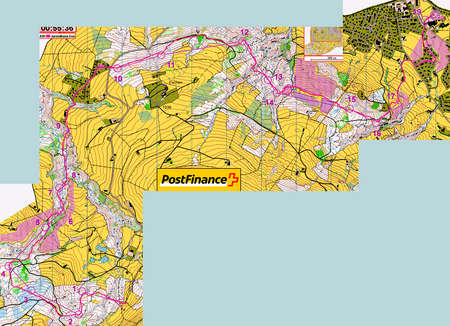 At EOC relay they managed to both find bad terrain and set a very bad course.

Until the end, the course was OK, but the fourth and third last controls are just disasters. When I was young I read the Norwegian book about course setting, and one thing that I will always remember is that the most important thing is to avoid injustice, in Norwegian called “Slump”. Around the spectator control (fourth last) the map does not show the truth about what the area around the ski-jumping hill really looks like, and this had a big influence on the 2nd leg of the relay. The control should never have been placed in this area!

The fence down to the third last control has already been discussed a lot, but I can not understand how it is possible to make a leg like that. It is just guessing how long time it takes to cross the impassable fence. But it is maybe a part of the modern orienteering….. 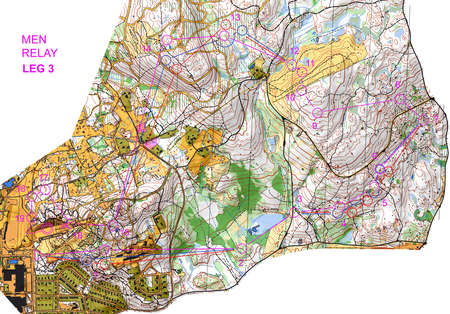 Q: What is your favourite map (from the top of your head)?
I have to say that for each year I live in Halden, l like the terrains more and more. This year we got a completely new area after “Norwegian Spring”, and that is absolutely one of the nicest terrains in the world!

Q: Did you set any courses in 2012? If so, is it possible to share the best (in your opinion) with World of O’s readers?
I didn’t set any courses for competitions this year, but of course a lot for trainings. Maybe my favorite is a night corridor from last winter, which we ran 100 days before TIOmila.  And we got the result we wanted at TIOmila… 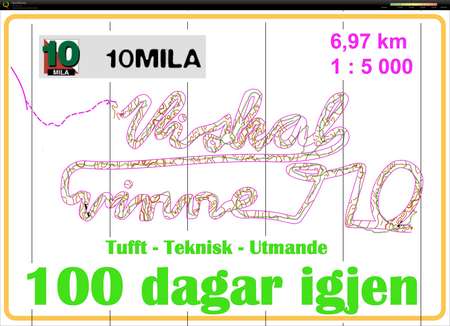 Q: What are your goals for next year – and how do you change your training and focus in order to reach your goals in 2013?
My biggest goal for 2013 is to win the World Championships. That is what I am dreaming about on every training.

I will not do any big changes in the training this year, just train a little bit more and try to do something a bit better. 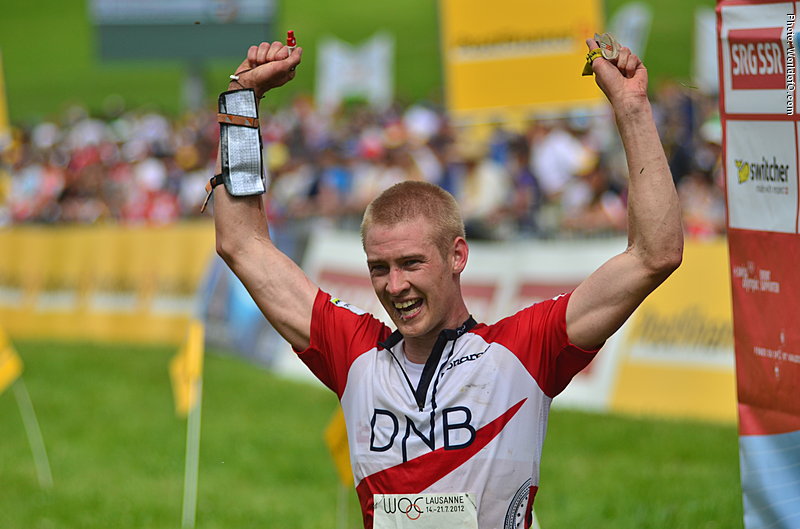 Prizes from our Sponsors always makes it more fun! There will be a prize for the first one suggesting the course which ends up becoming “The course of the Year 2012″, and prizes drawn among the ones suggesting and voting. All prizes are transferable to other persons (you don’t have to travel yourself). 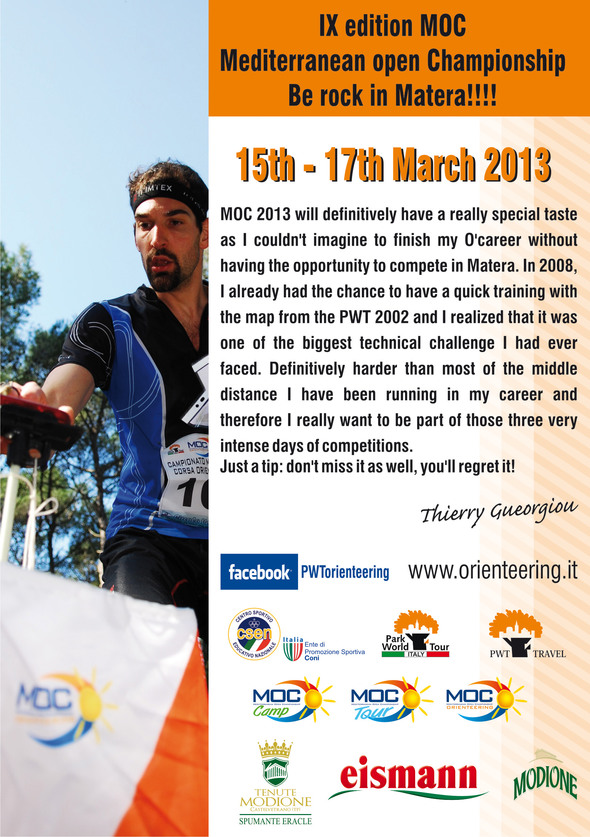 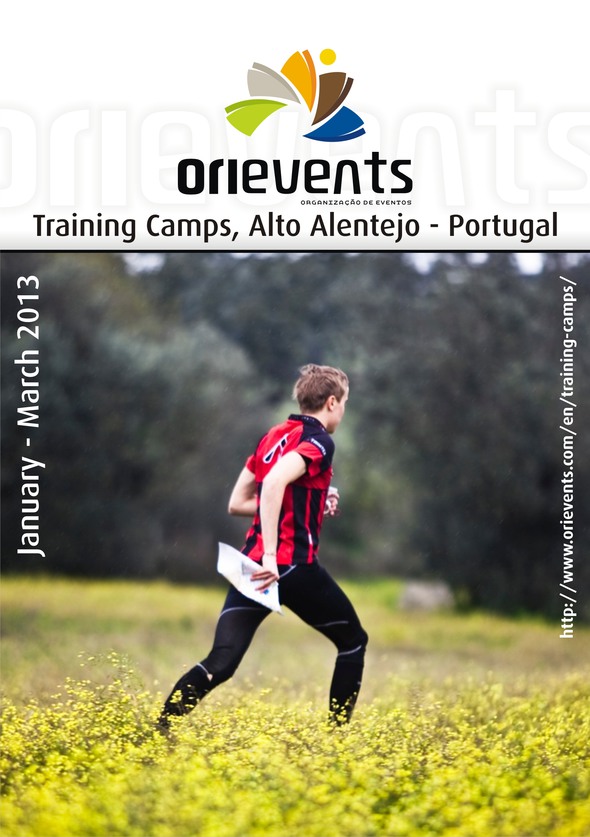 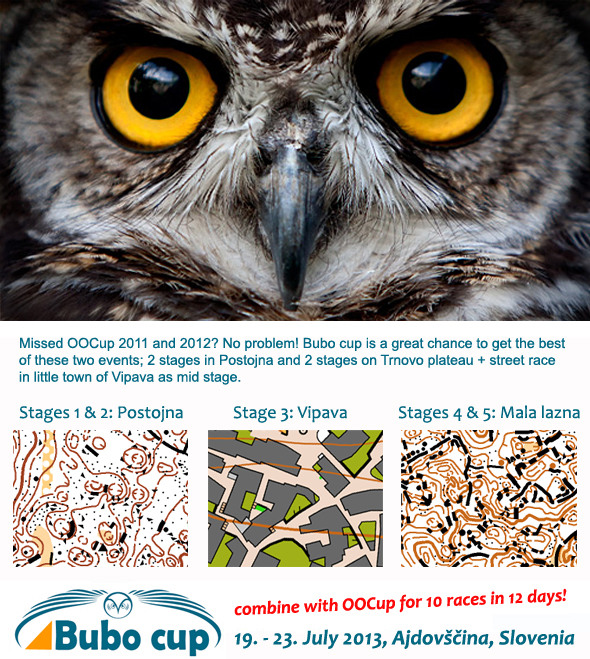 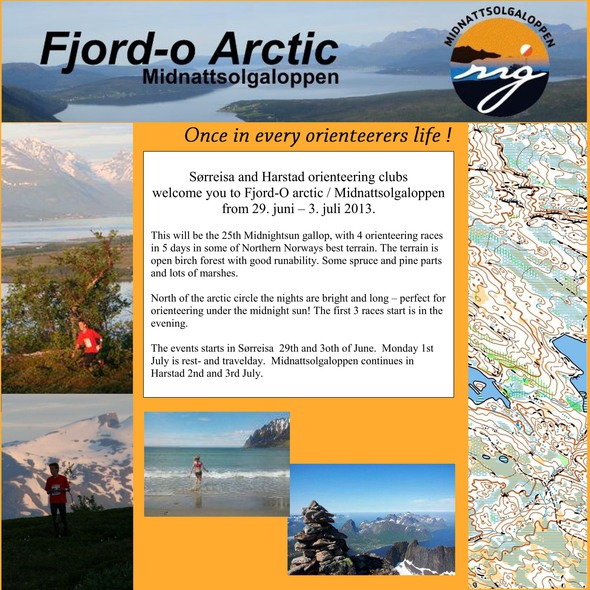 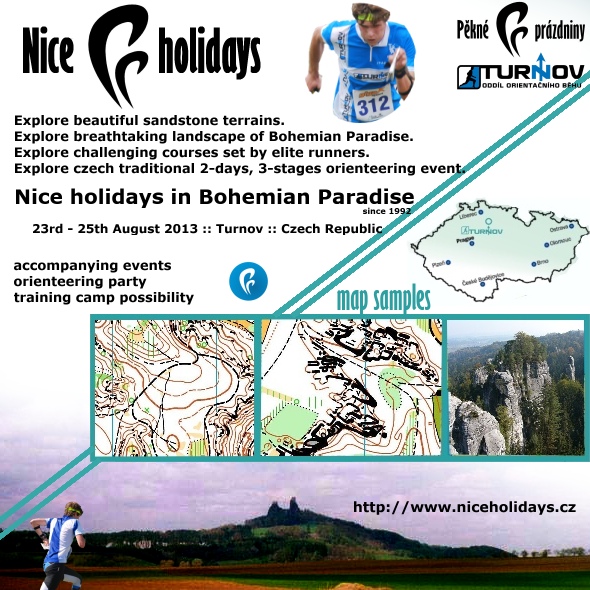 For the record: All sponsor gifts/income related to “The Best Course of 2012″ goes directly to the WorldofO.com readers.

Jan Kocbach is the founder of WorldofO.com - taking care of everything from site development to writing articles, photography and analysis.
@jankoc
Previous Vote for Course of the Year 2012 now!
Next Course of the Year: Last Chance to Vote!