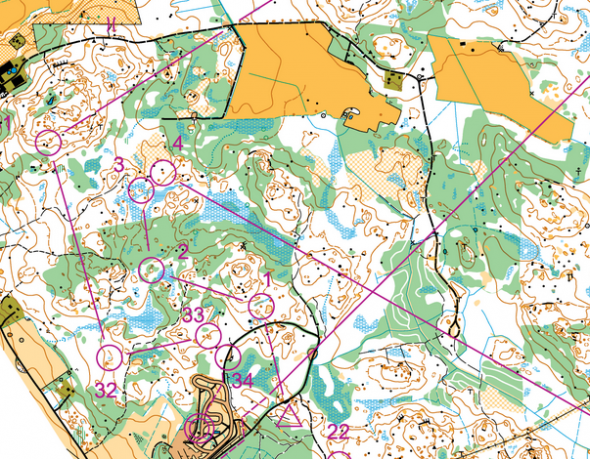 Domnarvets GOIF and IFK Göteborg were the winners in two very exciting relays in 10Mila 2015. In the women’s class Domnarvets’ Emma Johansson was less than 40 seconds ahead of Järla’s Elin Hemmy Skantze – while the men’s race was a very close race between Eskil Kinneberg (IFK Göteborg), Magne Dæhlie (Halden SK) and Thierry Gueorgiou (Kalevan Rasti).

The terrain was flat and tricky – giving many changes in the lead during the relays. Especially the men’s relay had a lot of excitement with the top teams being several minutes behind before catching up again. 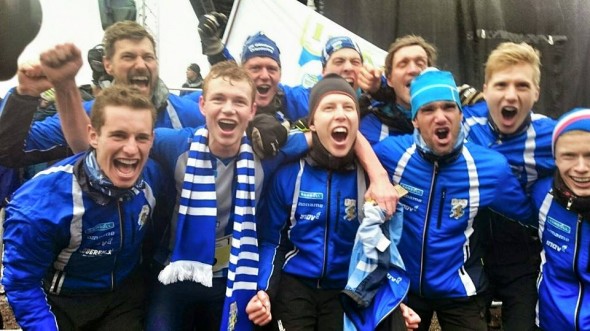 Johansson however pushed hard from the start – opened a small gap – but then made a mistake. And another one. And was suddenly minutes behind and out of the fight. Next out of the fight was Tyrving. The only forking on the last leg was a small phi-loop – and here Tyrving had its own forking with the three other teams going together. Tyrving lost more than a minute – and we had only three teams left in the fight for victory. In the map below you see first Johansson losing more than a minute to the second leg – than catching up again on the long leg – and finally making a big 3+ minute mistake at the 5th control. If Johansson had known that the only forking on this leg was a small phi-loop, much may have looked different … 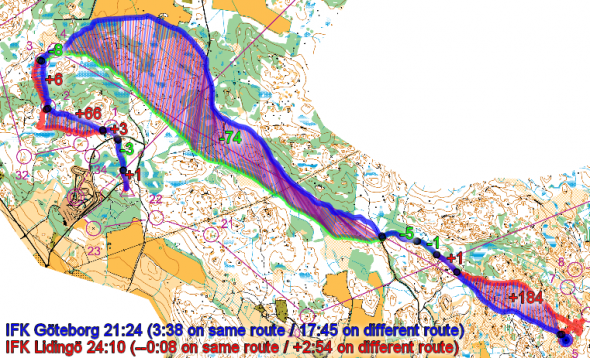 The rest of the leg was a cat-and-mouse fight between two Norwegians and one French. Nobody wanted to be in the lead – and in the end they slowed down a lot and Gueorgiou had to lead out. – My tactics today was to stay behind and decide it in the sprint, Göteborg’s Kinneberg said after the race. And the tactics paid of big time – with the first victory ever for the Swedish club. 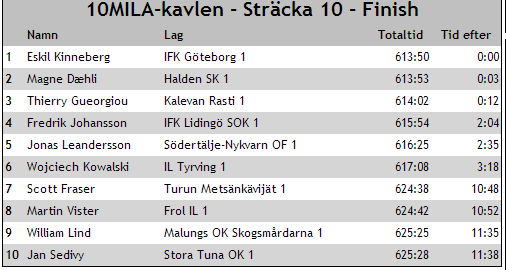 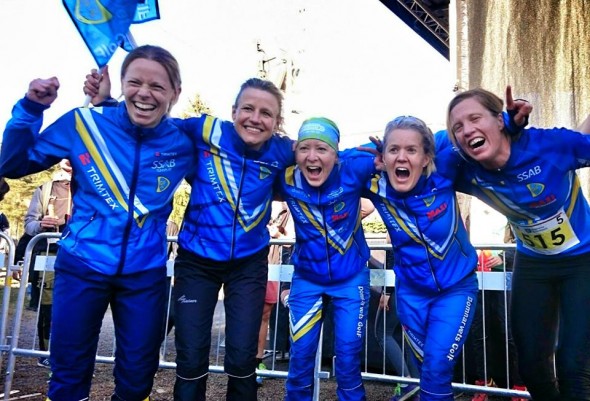 In the women’s class Järla’s Elin Hemmyr Skantze started the last leg a few seconds ahead of Alfta-Ösa’s Sara Eskilsson and Domnarvets’ Emma Johansson. Leksand was only half a minute behind after a fantastic race by Helena Jansson on the third leg which she won with nearly 3 minutes(!) – but Linnea Gustafsson on the last leg never managed to catch up with the leaders. Fredrikstad would have been there, but they were disqualified on the third leg. Below you see Helena Jansson’s third leg compared to Domnarvet’s Dana Safta Brozkova. 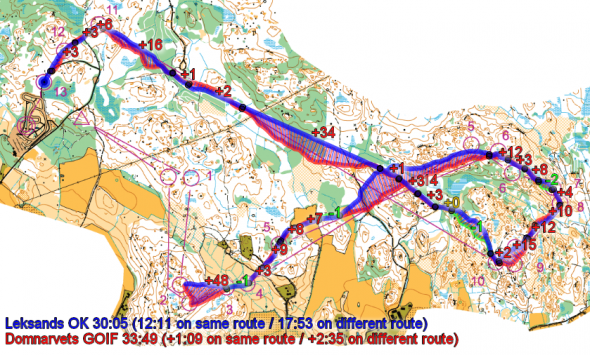 Alfta-Ösa did not manage to keep up with Järla and Domnarvet, so it was soon clear that the fight for victory was between the two Swedish teams. Skantze was in front for the first half of the leg – but towards the end Johansson managed to open a gap and won a comfortable victory with more than 30 seconds. Unfortunately the GPS-tracking failed in this final decisive part, so this is not available to show. 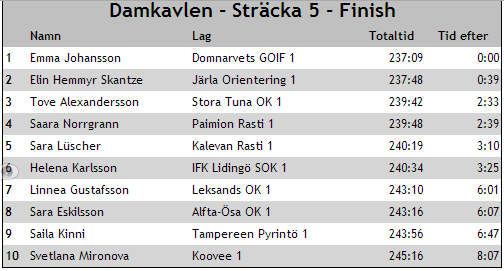 Jan Kocbach is the founder of WorldofO.com - taking care of everything from site development to writing articles, photography and analysis.
@jankoc
Previous 10Mila 2015: All You Need To Know!
Next Simone Niggli and Matthias Kyburz win Swiss WCup test race