Jan Kocbach May 31, 2015 MiniNews Comments Off on Baltic Champs Long: Maps and Results 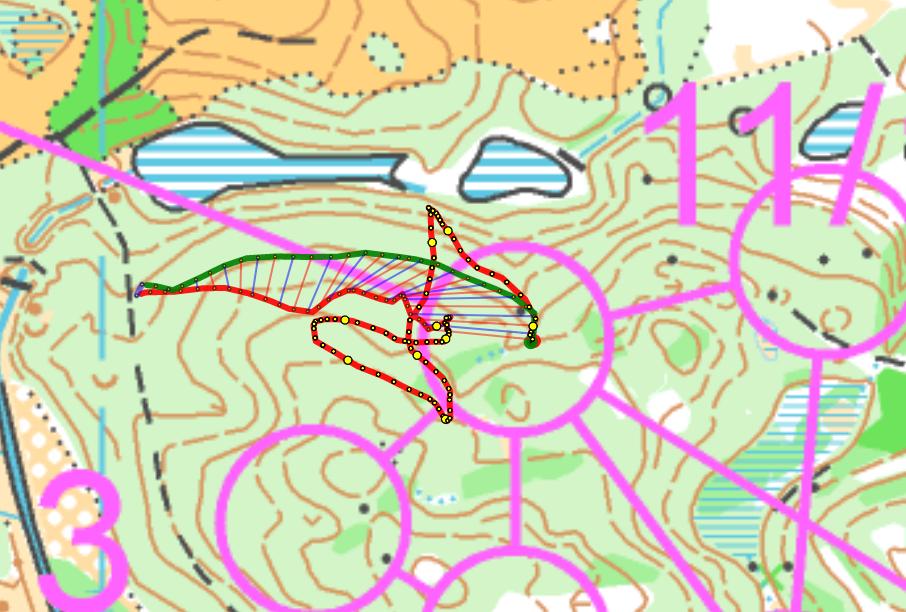 A four minute mistake in a green area cost Edgars Bertuks (Latvia) the chance to win the Baltic Champs Long distance in the men’s class – in the end finishing in 4th – 3:51 behind winner Jonas Vytautas Gvildys (Lithuania). Gvildys won the race 1:13 ahead of Latvian Rudolfs Zernis.

Bertuks had high speed, but did several other smaller mistake – some of them based on wrong microroute-choices, entering areas with lower running speed while Gvildys found better runnability. It looks like the speed of the Latvian World Champion from 2012 is getting close to where it should be – next up is getting the orienteering 100%. Next week’s World Cup races in Sweden/Norway will show how Bertuks compares with the very best in the World.

The women’s class was won by Gabija Ražaitytė (Lithuania) ahead of Anastasia Denisova (Belarus).

The terrain invited to many micro routechoices, and although often the straight route was the fastest, there were many examples in which using paths and avoiding the marshy, green parts could earn you some valuable seconds.  One example is shown below. Bertuks loses time in the marsh at the last half of the leg. 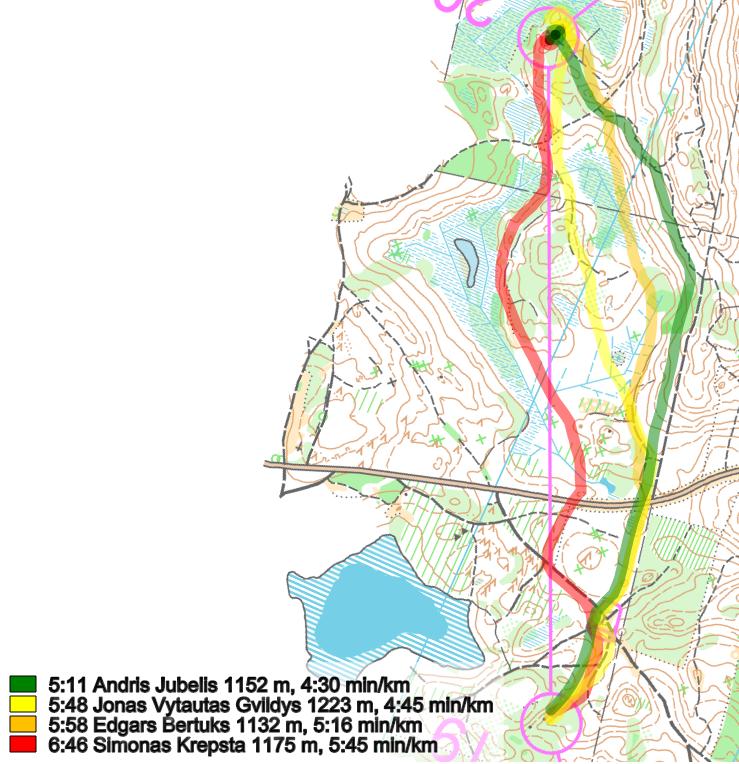 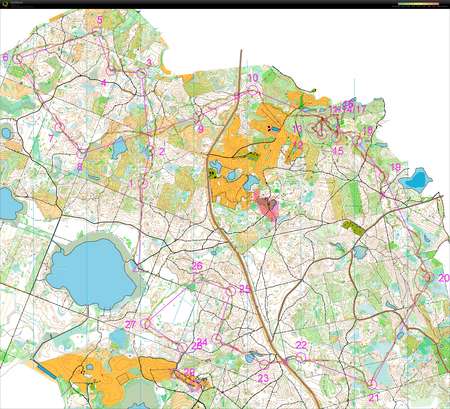 Jan Kocbach is the founder of WorldofO.com - taking care of everything from site development to writing articles, photography and analysis.
@jankoc
Previous Russian Championships & WOC Selection races
Next Norwegian Champs Sprint: Sweden and Norway on top