Today’s leg in Route to Christmas is an interesting long leg in Norwegian terrain from a selection race for the World Orienteering Championships 2019. The leg goes through two different terrain types, and has two different components: Intensive mapreading and an interesting routechoice.

Thanks a lot to Lucas Basset for suggesting the leg, and for the following description of the leg: The leg was clearly divided into two parts : the first part before the road, with wild and detailed terrain where there was an infinity of routes, and the second part, with clearly two options : going far left around on the road, and going straighter using a smaller path and very heavy terrain. 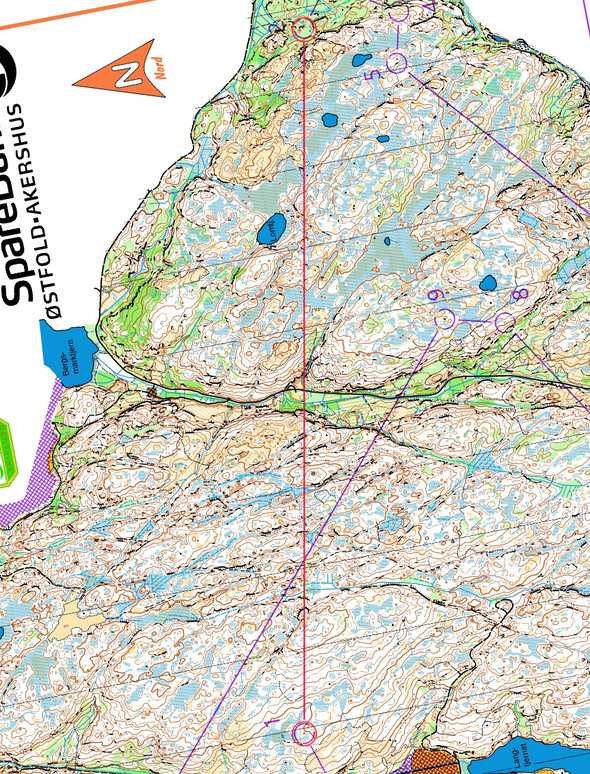 Basset’s analysis is as follows: Clearly, the option you chose for the second part influenced a lot your route on the first part, but it seems that many had a lot of trouble being efficient in the terrain, picking optimal routes. I chose to go straight here, and was convinced during my race that going around on the left was slower. Though, Matthias Kyburz had the best time by going left on the road [Editors comment: As Matthias Kyburz didn’t finish the race, Basset actually had the fastest split time on the leg of the finishing runners by going straight – with exactly the same time as Florian Howald going more on the road]. And I hadn’t consider how easy the entrance of the control was when using the small path from the road to the left. Still, I’m happy I was one of the ones going fastest straight, picking a good route to the road, and being aggressive on the second part. 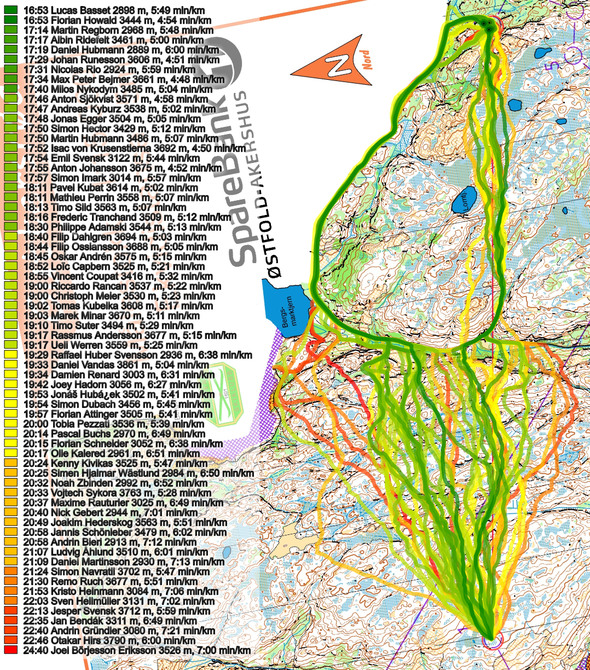 Here is a comparison where you clearly see that going far left is a bad option. And actually 4 of the 7 fastest split times (of the ones finishing the race) go straight. That is probably a combination of the best orienteers daring to go straight, and that straight is actually a very good routechoice if you manage to execute it well. It is also a clear sign that choosing a good route towards the road for the leftmost routechoice is not exactly easy – this is maybe where there is largest potential to lose time on this leg? 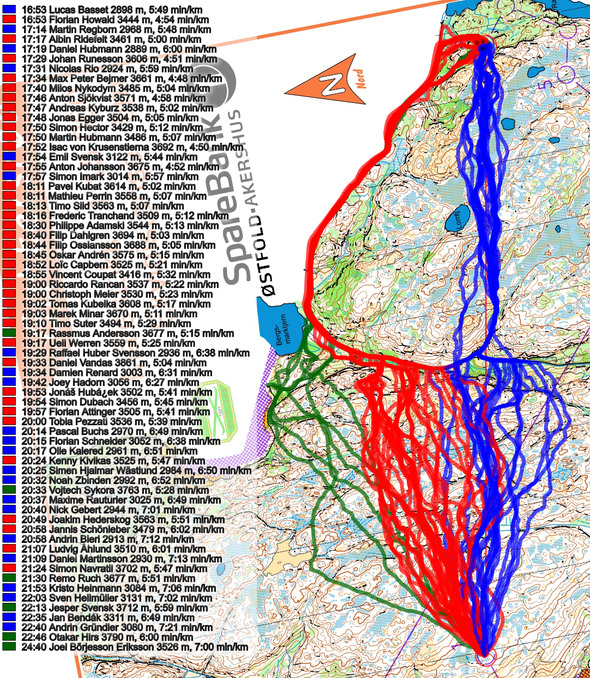 Here a comparison between Basset and Howald:

And finally between Howald and Kyburz – note how Kyburz finds a better route through the terrain to the road (avoiding the extra climb halfways to the road): 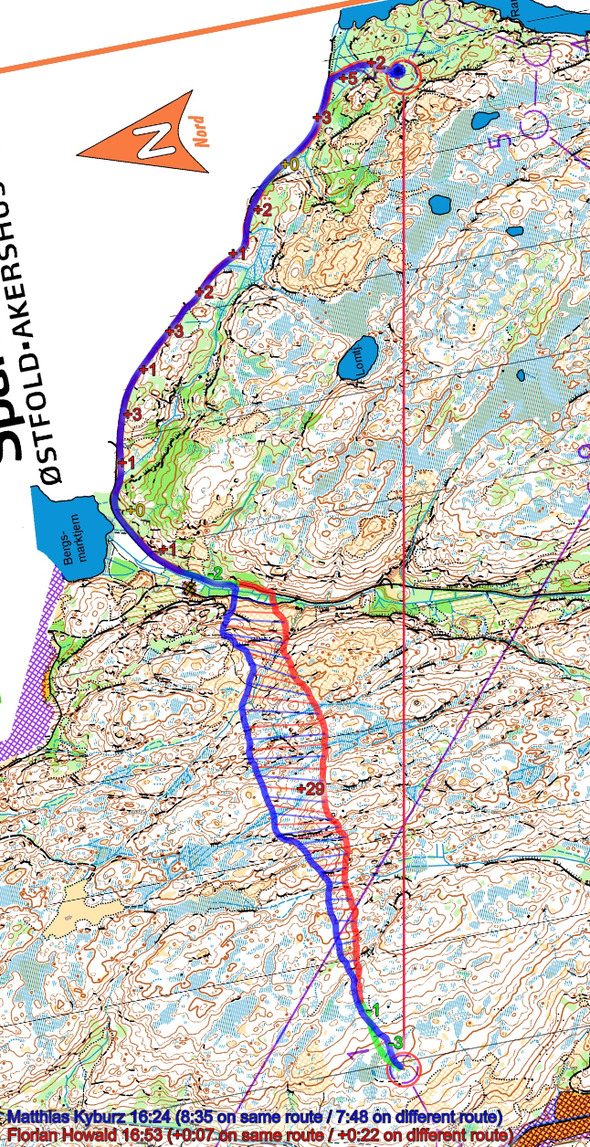 The women had the same leg, but here it was faster to go left (which is expected; in the women’s class you can often go further around): 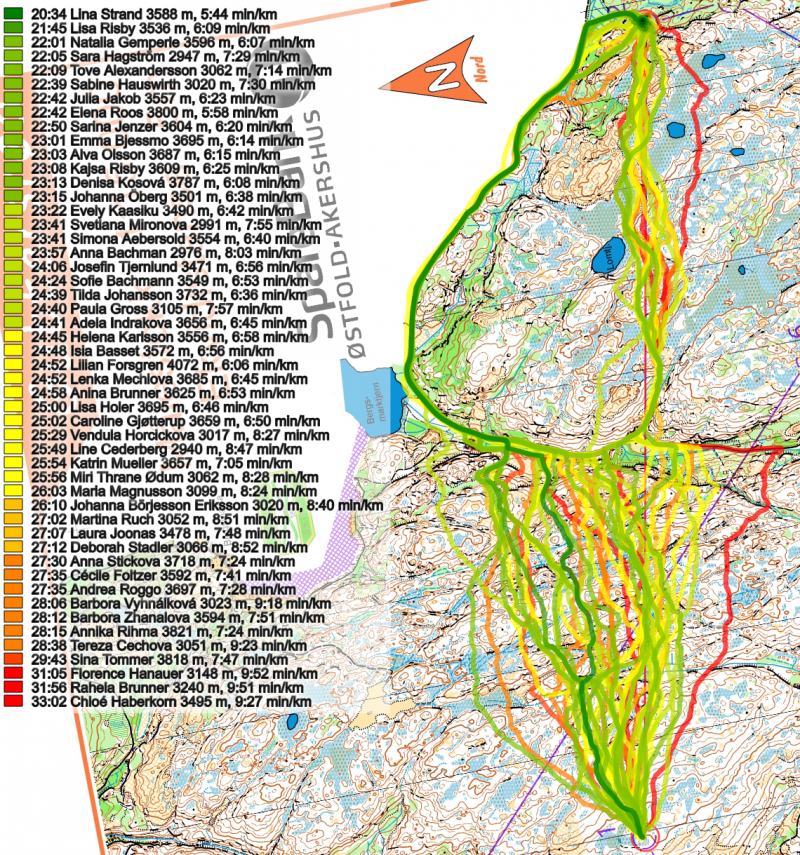 You don’t often see Tove Alexandersson beaten by one and a half minute on a long leg, without any real mistake: 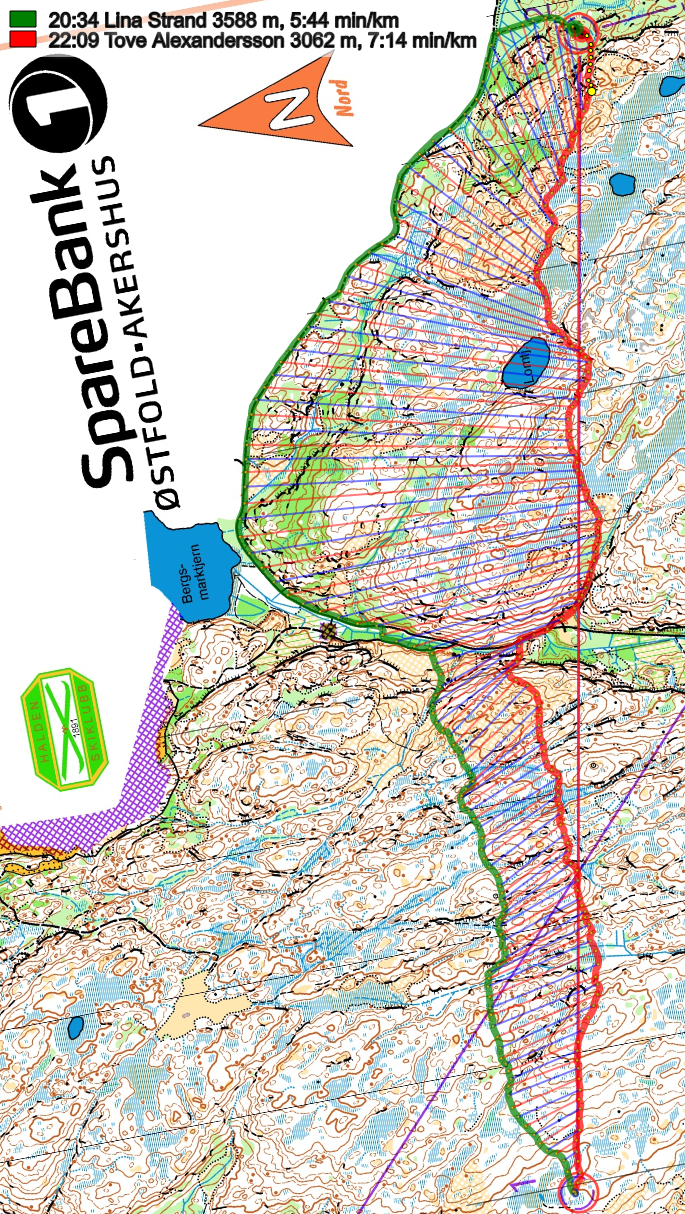 Note also that the Norwegian category had a similar leg, but differently balances so going around on the road was actually clearly faster: 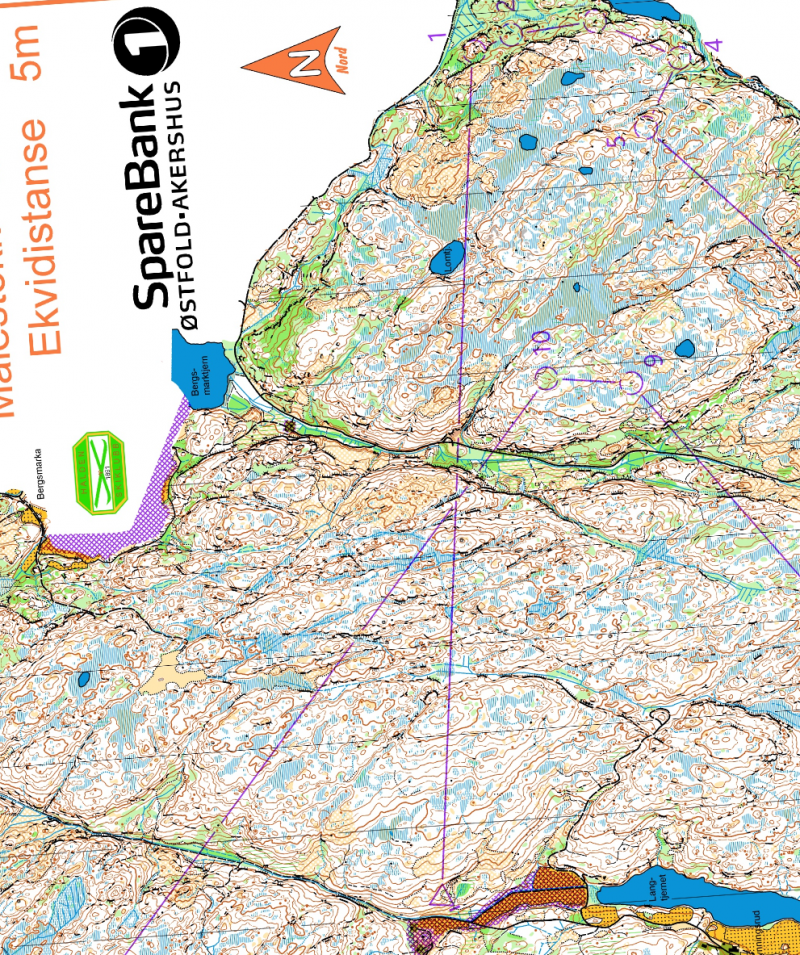 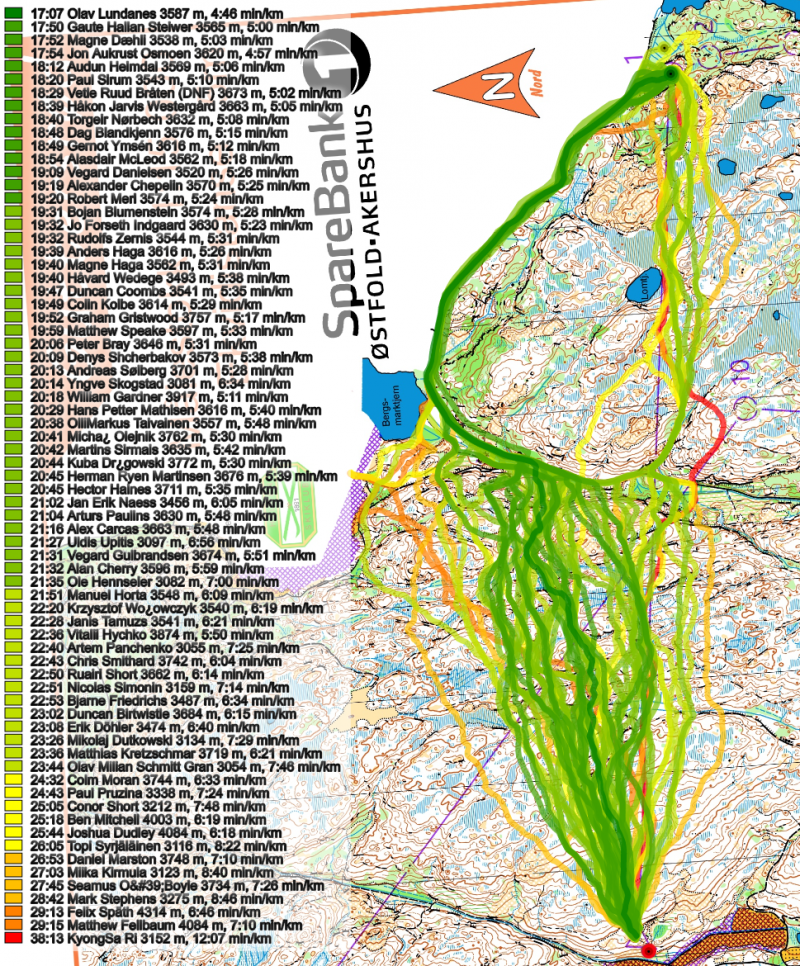 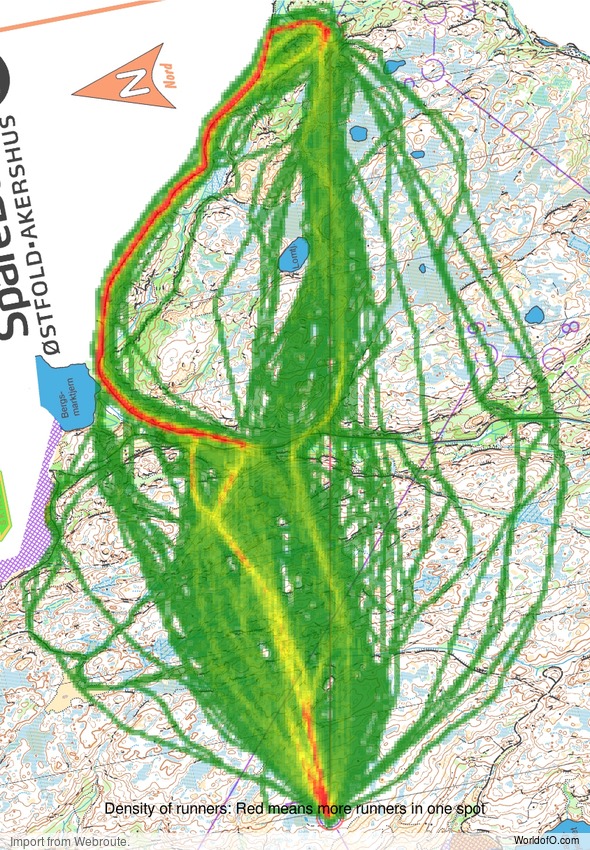