Niggli and Hubmann: Orienteering Achievement of 2009

Jan Kocbach December 8, 2009 Poll-09 Comments Off on Niggli and Hubmann: Orienteering Achievement of 2009 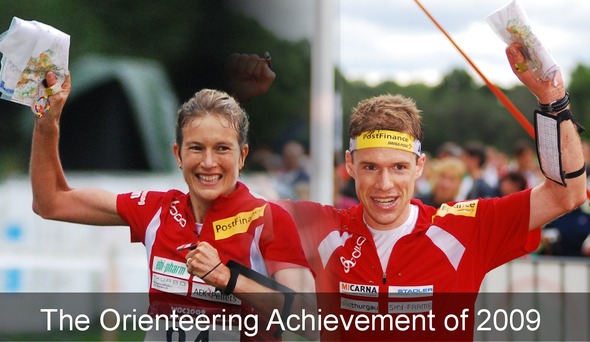 The vote has been decided by the big international readership of World of O and Ultimate Orienteering – more than 3200 unique votes from 58 different countries have been delivered, making these results very representative for the worldwide orienteering community. 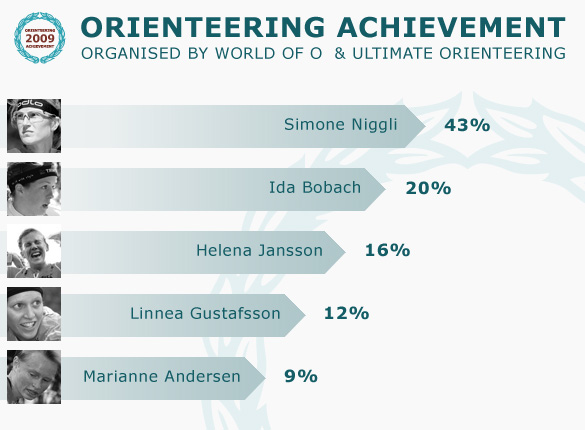 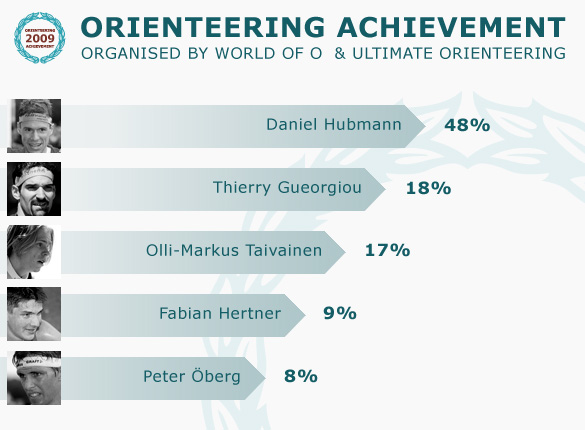 Live Chat with Simone and Daniel

– What was the greatest moment of this year for you? (in sports)
– The greatest moment for me in sports this year was the moment when I saw the second last control on the long distance in Hungary. I could hear the voice of the speaker Per Forsberg, announcing me as the new world champion… that was fantastic!

– Was it a surprise for you that you managed to get back to the very top level this year?
– I really hoped it but I wasn’t secure about it , especially after my injury in the spring. And you never know how you can handle the sport-family balance and if your body would be ready for top performance again. I’m really happy about my performances, especially in the second half of the year. 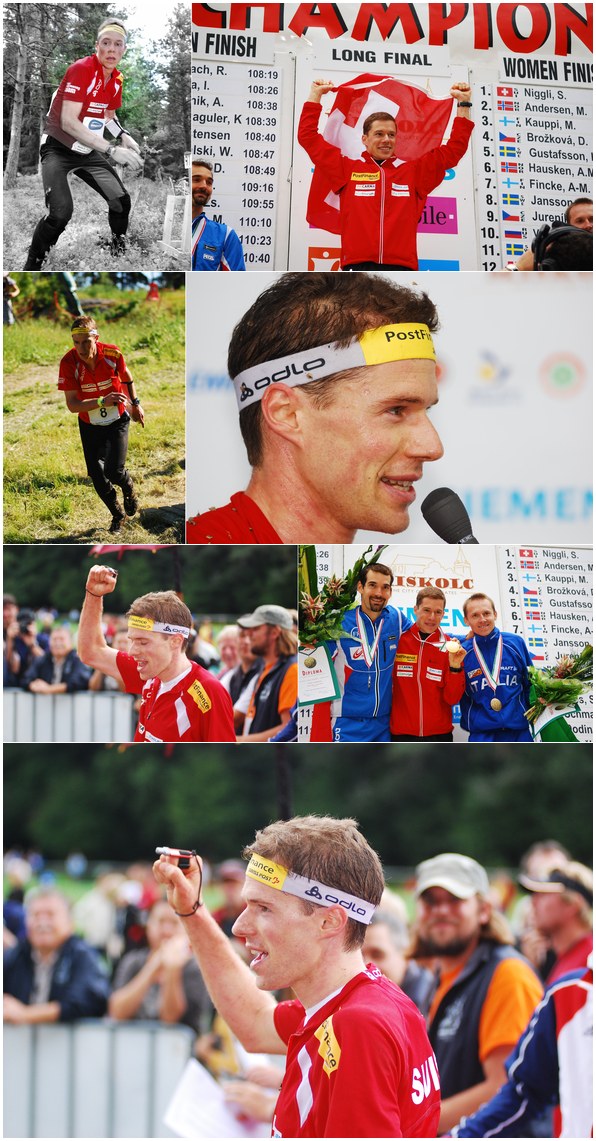 – What was the greatest moment of this year for you?
There where many great moments this year. But of course the greatest one was to defend the WOC title in the long distance. But also the World Games, Tiomila and Jukola have been memorable events for me this year.

– Was it a surprise for you that you managed to be so dominant this season?
– Of course I did not expect so many good races even though my shape was good the whole season. But it looks like I managed to make another step to a higher level in 2009. It was a great year for me, hopefully I can still improve my skills for next season! :-)

Come back for more questions and answers with Simone Niggli and Daniel Hubmann in the live chat.

From the nearly 3300 votes given, 11 prizes from our sponsors Trimtex, Highlands Open, Nordvestgaloppen and OOCup have been drawn. Check below if you took home one of the prizes.

At first we would like to thank Trimtex, the Highlands Open, OOCup and Nordvestgaloppen
for sponsoring “The Orienteering Achievement of 2009″. Thanks to them, World of O and Ultimate Orienteering were able to draw lucky prize winners among those who nominated and voted in this years election.

The prize winners are:

Websites linking to “The Orienteering Achievement of 2009″

Thanks to all websites that linked to “The Orienteering Achievement of 2009″ organised by World of O and Ultimate Orienteering, we were able to make the election results as representative for the orienteering community as possible.

Five free “Sponsored links” were announced to be drawn among the websites linking to “The Orienteering Achievement of 2009″.

Trimtex Sport is, like last year, the main sponsor or The Orienteering Achievement 2009 election and they are generous to give the following prizes:

Nordvestgaloppen is a popular event in Western Norway. The event is known for its mix of interesting orienteering with wonderful nature between fjords and mountains. Nordvestgaloppen 2010 is organized from July 14th until July 18th – this year it can provide a good stop ahead of WOC 2010 in Trondheim for many of the competitors. 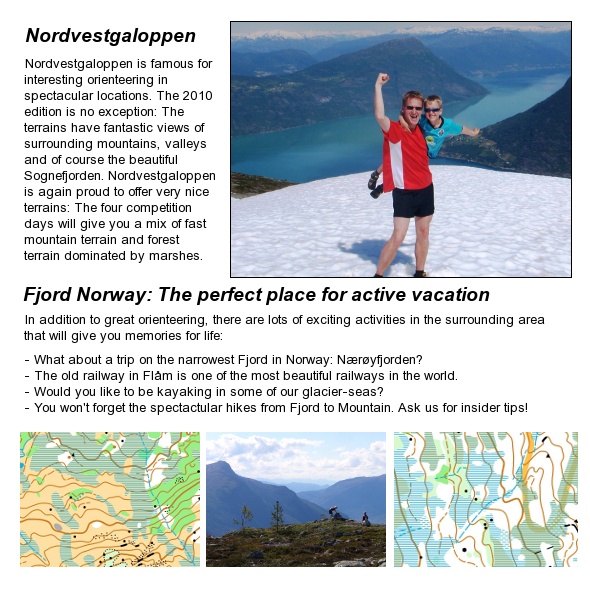 Highlands Open is a popular event in Northern Italy. The terrain is know to be very varied – from detailed with rocky features to really fast with open forest, some karstic areas, and some full of trenches of the 1° World War. Highlands Open 2010 is organized from August 22nd until August 29th. 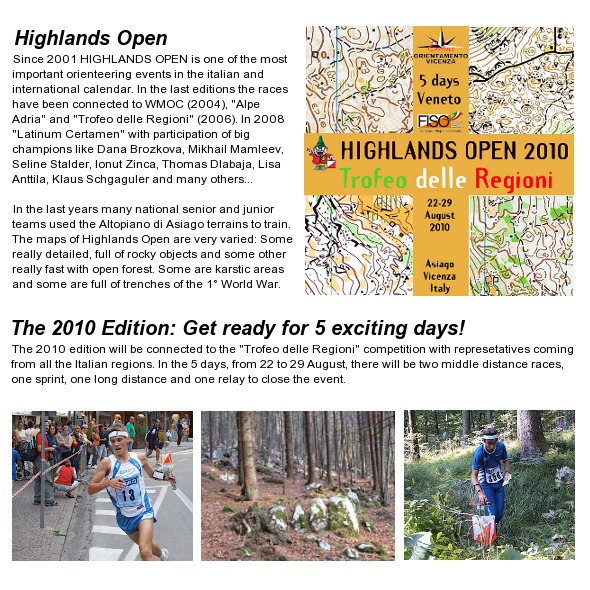 OOCup is a popular Slovenian event which is famous for its interesting karst orienteering and great nature. OOCup 2010 is organized from July 24th until July 28th. 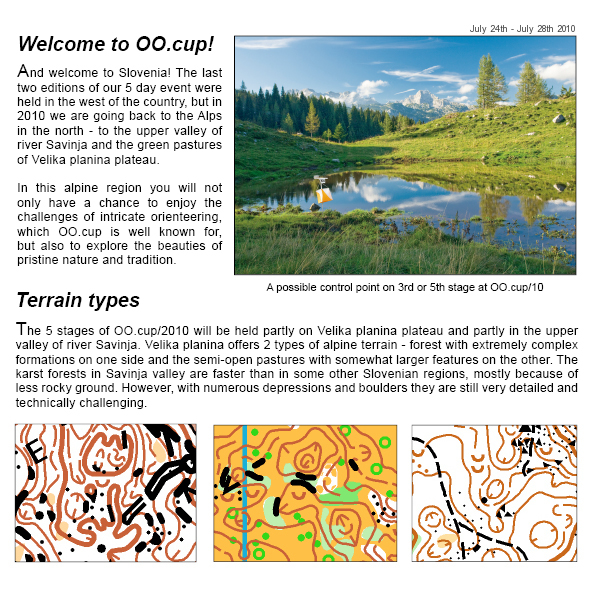 Vote for The Achievement of 2009 Now! 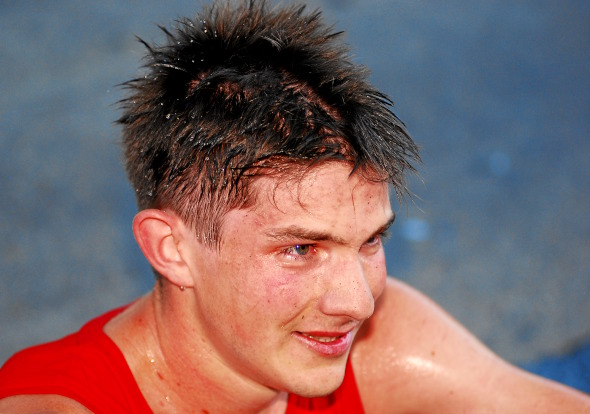 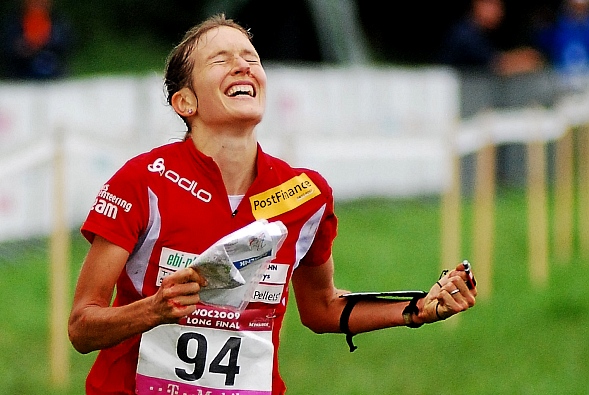 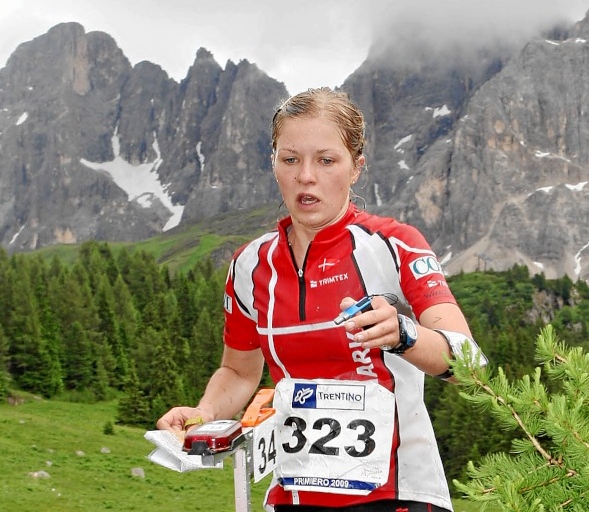 Before last years JWOC she was the only one of them without a JWOC medal ...