Gold for Simone Niggli ahead of Marianne Andersen in the WOC Long distance in Trondheim, Norway today. The bronze went to Emma Claesson after an impressive last half of the course.

– I wanted to beat the Norwegians on their homeground 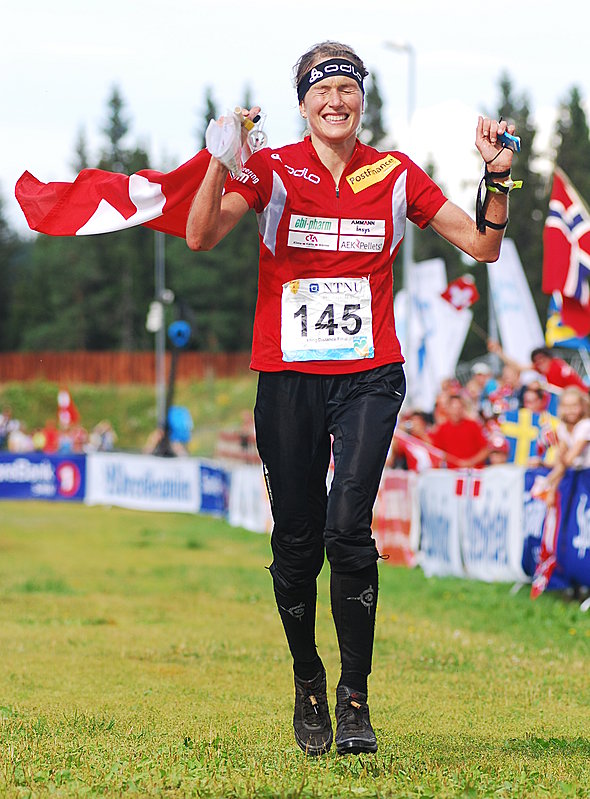 Simone Niggli was really happy to show that she can beat the Nordic runners in Nordic forest – not only on the sprint. The long distance therefore tastes a lot better than the sprint gold. Read on to read the comments from the three medalists at the press conference.

Simone Niggli:
– It was important for me to show that I could do this only in a Norwegian forest. I wanted to beat the Norwegians on their homeground in the forest.
– The routechoice in the end I could not decide for a long time, but then I decided to take the route in which I could use my strengt (around on the road).
– You never know in this kind of terrain – you have to be very careful all the way. My tactic today was to avoid big mistakes, and that worked very well.
– Until I passed the spectator control I did not think about results, I just concentrated on having a good race.
– You can’t plan a gold medal, and it will be very tough in the middle distance on Saturday.
– We thought that the start would be were it was. Also the long route choices we discussed them in the team, so there were no big surprises. But anyway, you have to be free in your opinion when being on the start.

Marianne Andersen:
– I considered running around on the road on the long leg in the end, but when I saw the leg in the forest, I thought the control was so high up in the forest that it would be better to go more left.
– I enjoyed the course today. It was challenging and good, I think.
– I had one bad route choice on the long leg, and another bad routechoice in the end. If I take all my small mistakes and subtract them, I could come down to Simone’s time. But it was a good race, and I am satisfied.
– I know that my shape is good, but I also know that there are many other girls fighting for the medals, so it will be a tough race on the middle distance on Saturday.

Emma Claesson:
– I did a pretty bad start. I had some problems, especially on the third control. My orienteering up to the fourth control was not good. At the fourth control, I ran back to the control because I thought I had forgot punching after drinking, and lost some time there.
– I tried to think positive, and it was good.
– Simone is fantastic. She is very, very good – but she is not unbeatable.
– The Swedish chances in the relay are good. We have a good team.

Below you see the best routes along with the routes of the medalists on the long legs of todays WOC Long distance for women. 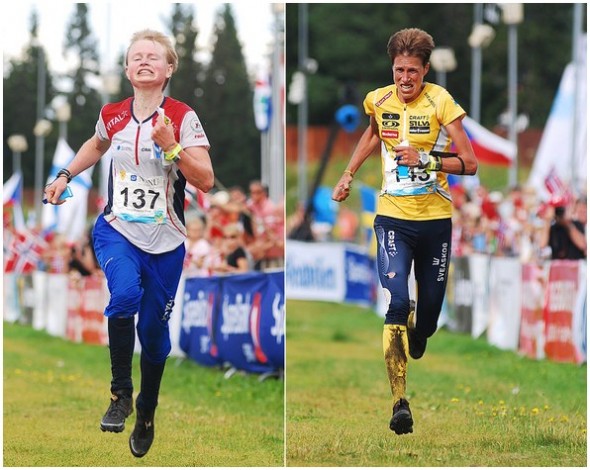 Jan Kocbach is the founder of WorldofO.com - taking care of everything from site development to writing articles, photography and analysis.
@jankoc
Previous WOC Long Live from 13.00: Favorites and Background
Next WOC Long men: Map and Route-choices