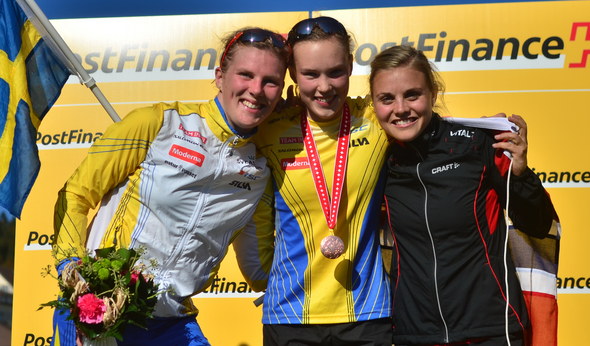 Tove Alexandersson and Thierry Gueorgiou took the victories in todays middle distance in the World Cup final weekend. In the mens class it was a very tight race between World Cup leader Daniel Hubmann and runner up Thierry Gueorgiou – but in the end Gueorgiou was the strongest. Still the 128 point lead of Hubmann is so large that he has to make big mistakes in the sprint tomorrow in order for Gueorgiou to have a chance. – I have to be really lucky to win the overall World Cup, Gueorgiou said after his race. 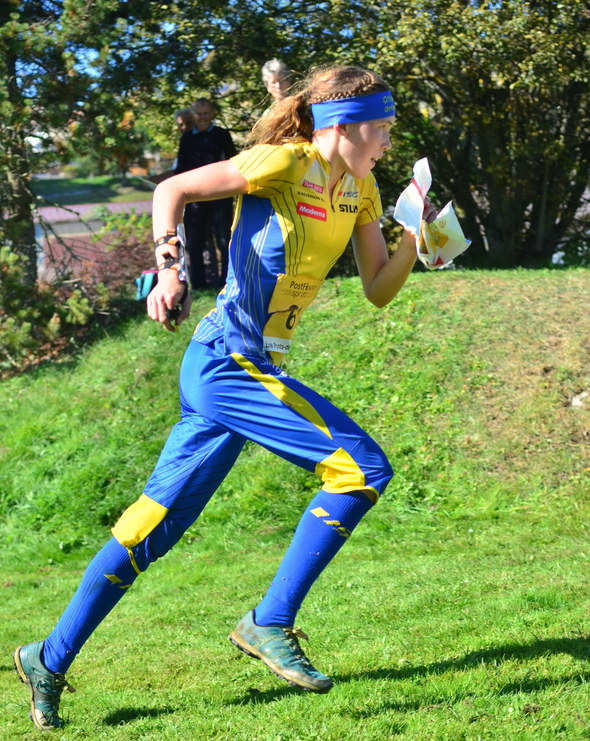 Tove Alexandersson had a fantastic weekend already in Liberec last weekend – with one third and one fourth place. Now the young Swede took another big step.

– I knew after last weekend that I had the chance to win if I did a very good race. I knew that it would be hard, but I knew I had the chance. It was a good race. I have not done any mistakes – just some controls where I did not take the best routechoice. I am very satisfied.

Helena Jansson took a second place after problems with sickness since last weekend. In third spot we find a young Norwegian how had her international breakthrough today.

– I did not know what to expect because I have not been competing much this year due to injuries. I knew that top 6 would be possible with a perfect race, so I was very satisfied today, Ida Næss Bjørgul said after her podium-race.

– It was a very good race. I tried to keep the right speed to keep up with the orienteering, and I think I did this very well today. 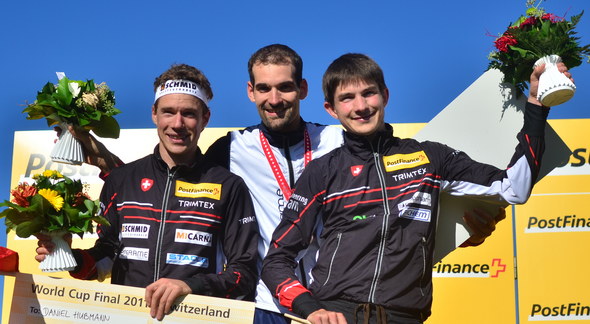 Even if the middle distance race today required a lot of running strength, Gueorgiou took home the victory today. And it was not without mistakes either.

– I lost 20-25 seconds at the 11th control. I first thought there was nothing left to orienteer when leaving the technical area at the 8th control, but then I saw that the 11th control was a tricky reentrant in the green. I was very careful, but still made a mistake. 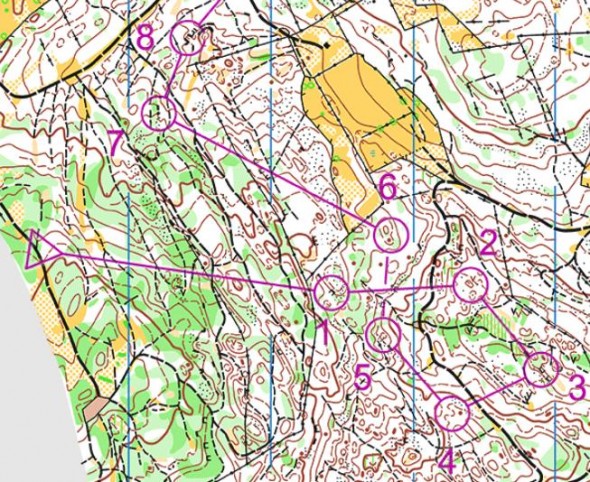 The start of the courses was technical both for the men and women- although there are paths to help with the orienteering. With the partly dense forest with variable runnability, accurate orienteering and direction running is required in order to run mistake-free. Above you see the first 8 controls in the mens course. 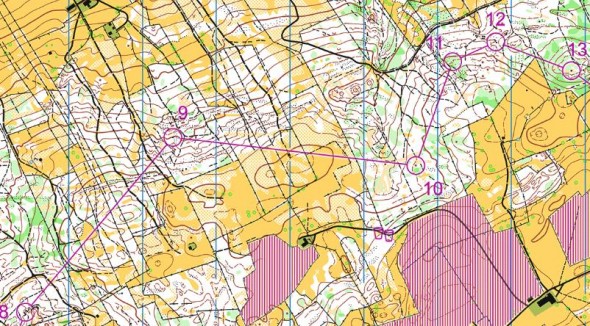 The last part of the courses was very steep downhill – with little orienteering technical challenges. Here all is about letting the legs run while keeping that little bit of concentration needed to find the controls. Still some made mistakes here – like Carl Waaler Kaas who lost a 6th place on the second last control.

Jan Kocbach is the founder of WorldofO.com - taking care of everything from site development to writing articles, photography and analysis.
@jankoc
Previous World Cup Final Middle: Map and Course
Next PostFinance Sprint: Live from 12:46 CET