Today we are traveling to Portugal in Route to Christmas. The course we consider placed third in “Course of the Year 2017″, and is definitely a very interesting course with lots of challenges: Aguiar da Beira Orienteering Meeting Long.

The chosen leg is the 7th leg – a quite long leg with several routechoice options. The course was suggested for “Route to Christmas” by Richard Purkis (thanks a lot) – but even if Richard’s preferred leg was the 2nd leg (see the leg at the bottom of this article), the 7th leg was chosen because this was a leg where you could lose some time by taking the wrong choice.

The leg is as usually first provided without routes – you may take a look at it and think about how you would attack this leg (if the image is too small, you may click on it to get it larger). Before you take a look at the map, here is an introduction to the terrain provided by Richard: The rocks were incredibly slippy and dark green is pretty much impenetrable. You also couldn’t tell how high the cliffs are from the map. 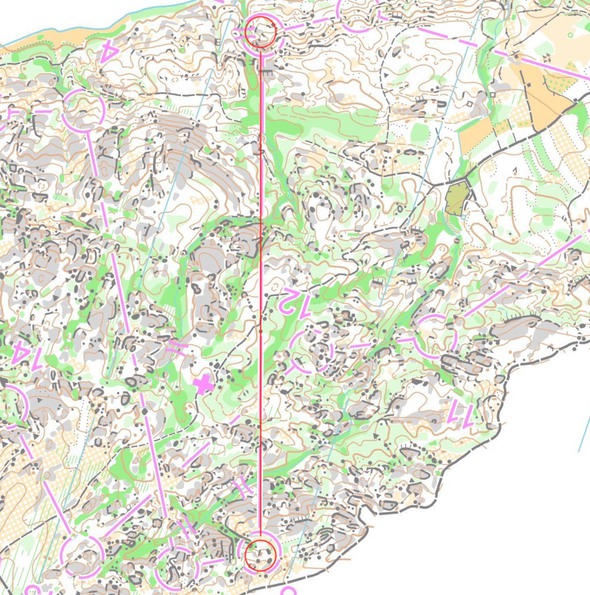 Then you can take a look at how the runners have solved this leg below. The fastest route is a straight variant; first run straight to the big path around the red cross station, follow the big path until before the 180 degree curve and then run over the hill. There is another straight  variant, using the path longer which is nearly as fast, though. Going either left or all the way around on the path to the right is slower. Left is slower because you get too much running in the hilly terrain. Right is slower because it is simply too long. 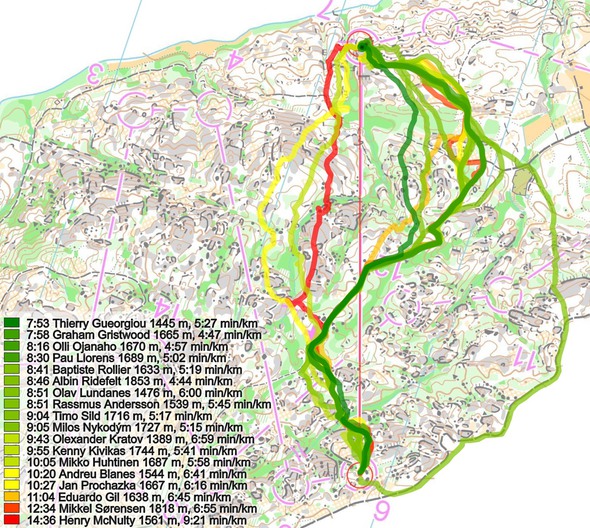 Here is a comparison between Gueorgiou’s direct route and two of the other direct options which are some seconds slower – note how Lundanes loses time into the control, though: 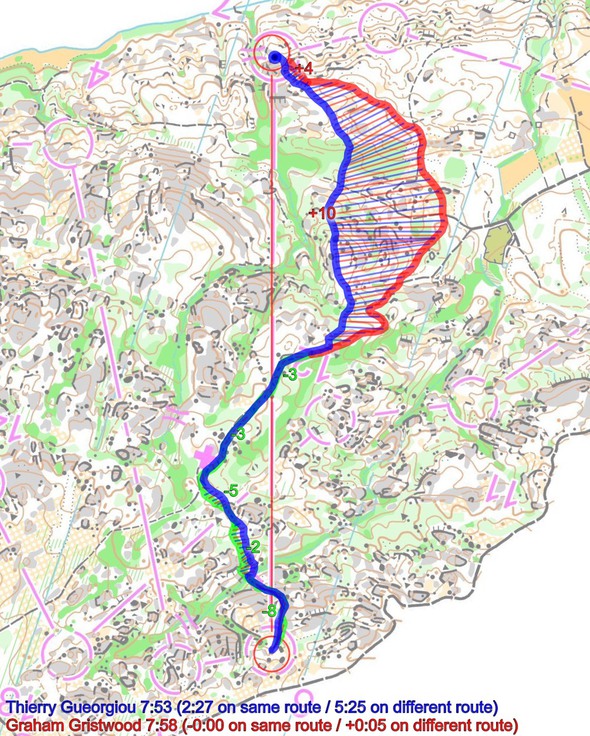 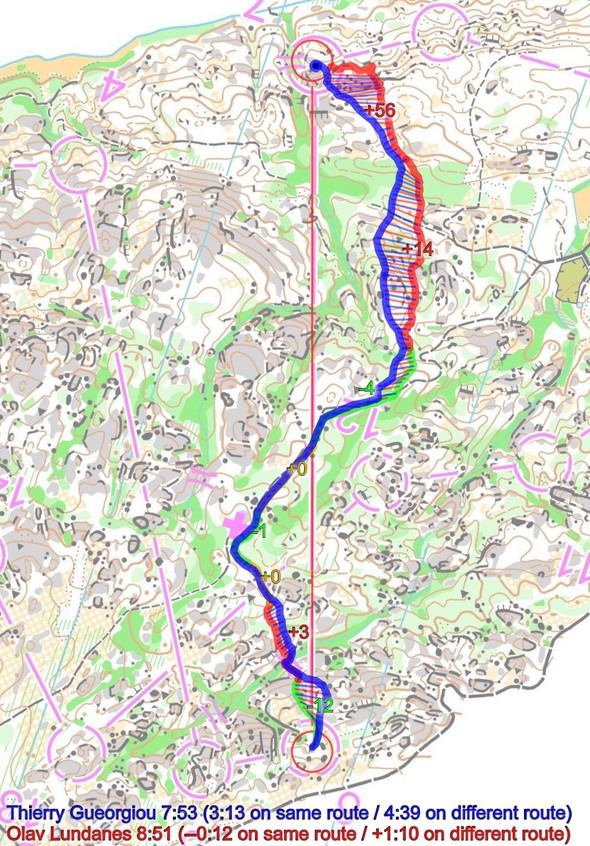 Here a comparison between Gueorgiou’s direct route and Albin Ridefelt who runs all the way around to the right:

And finally a comparison with Oleksandr Kratovs route to the left: 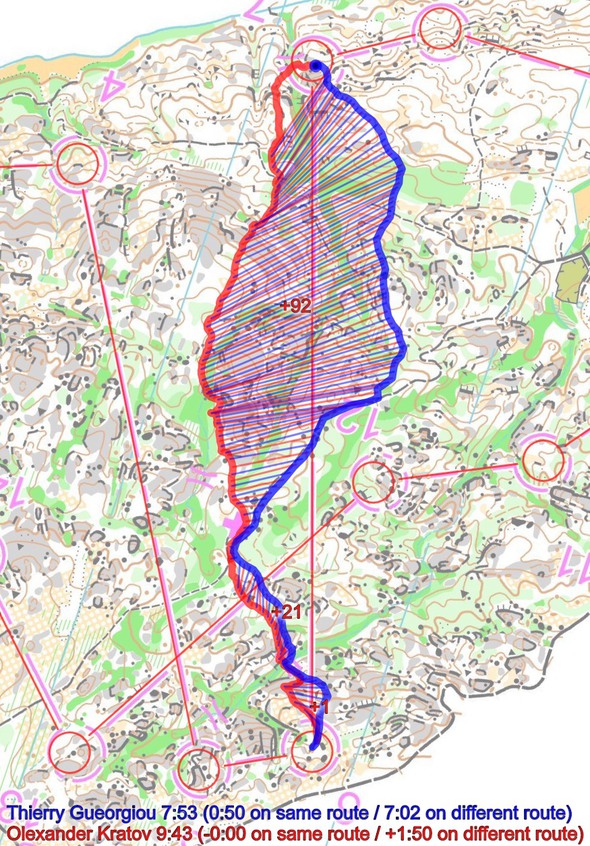 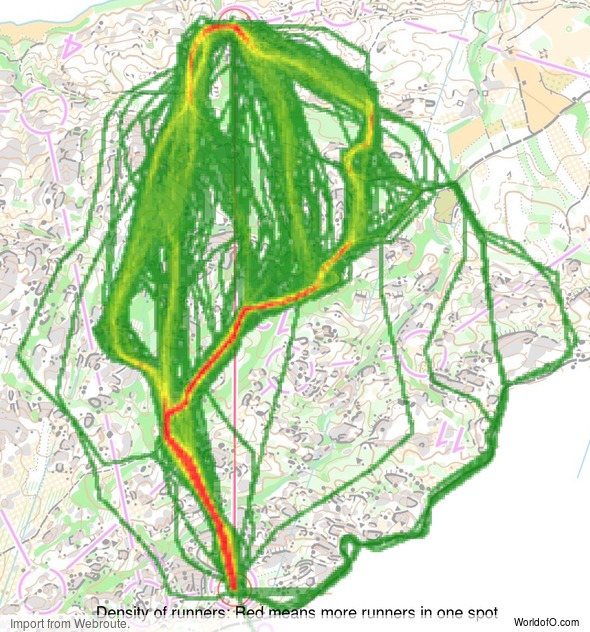 As a bonus, the second leg originally proposed by Richard – the leg to the second control. 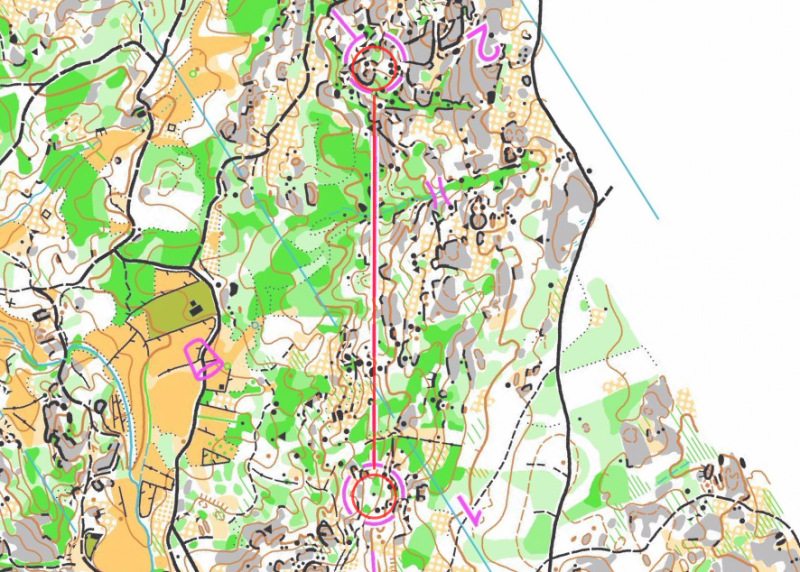 This is definitely a very nice and interesting leg, and the reason Richard enjoyed it is that there are three very different routes which take nearly exactly the same time (only a 15 second time difference): 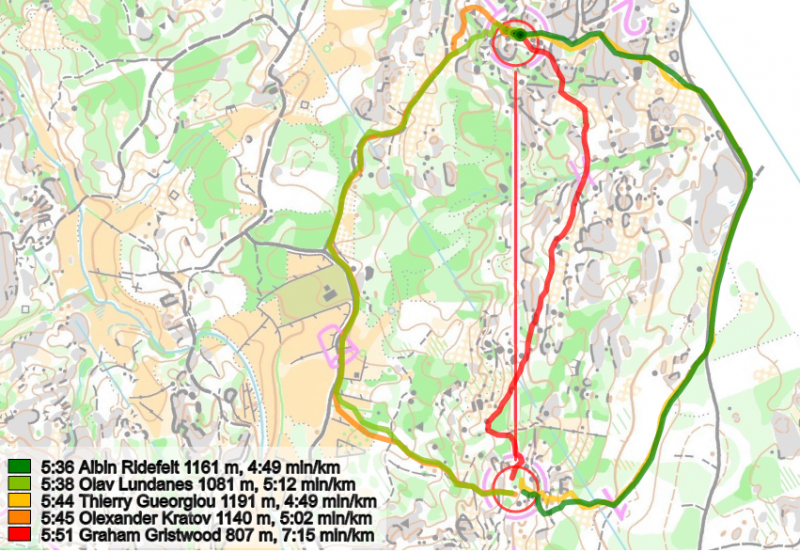 Jan Kocbach is the founder of WorldofO.com - taking care of everything from site development to writing articles, photography and analysis.
@jankoc
Previous Route to Christmas: Day 3 2017
Next Last chance to suggest nominations for “Achievement of 2017″