The leg is the 9th leg from the Men 21 Elite course in Småleneløpet. Småleneløpet is one of the season opener races in eastern Norway organized in late April this year. The analysis of this leg is also co-posted over at the WOC 2019 webpage in World of O’s GPS-column – over there some additional context is added to the leg as well.

The terrain can be characterized as quite tough and hilly Nordic terrain. The race winner Anders Nordberg ran at around 7 minutes/kilometer overall – but as you see from the chosen leg, it was not possible to run straight everywhere due to some lakes. In relatively flat, white forest his running speed was around 5 minutes/kilometer. 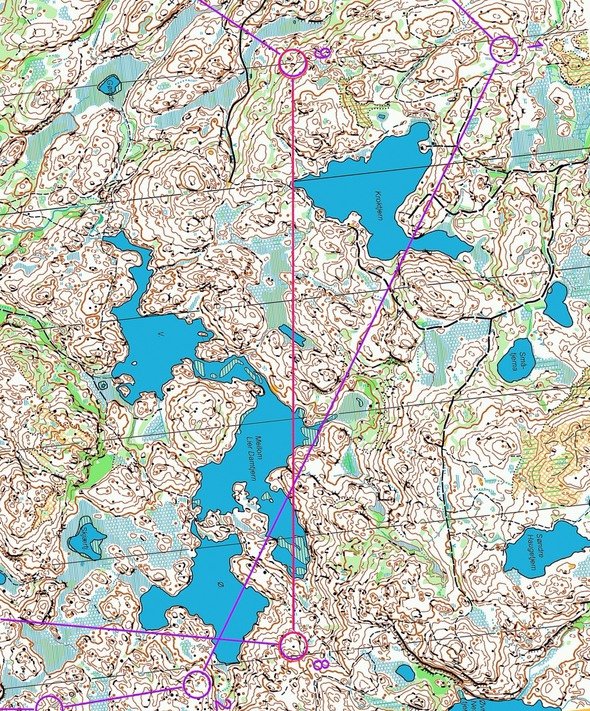 Below you can see how the runners solved the leg. There are four main routechoices here – left (blue below), right (red), direct left (violet) and direct right (green). 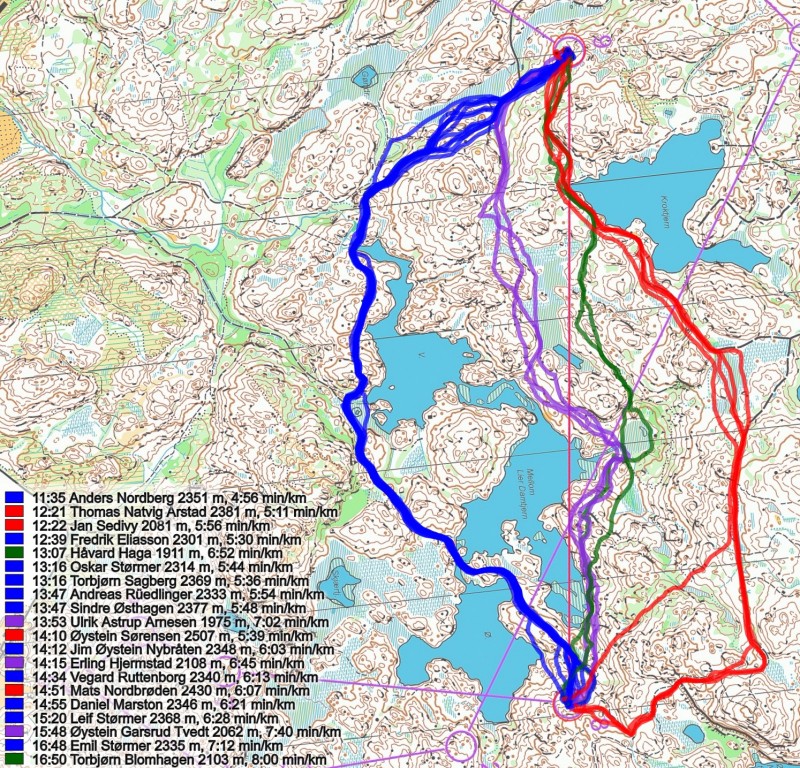 An analysis of the main options:

Then you can look at the traditional color-plot – showing leg time by color from green (fast) to slow (red): 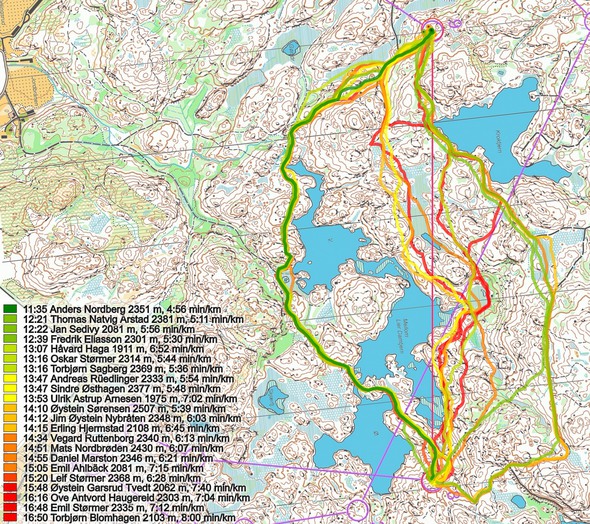 Comparing left (Nordberg) with right (Årstad) shows that what is really slow is to get up to the main path, the rest of the route is quite fast. 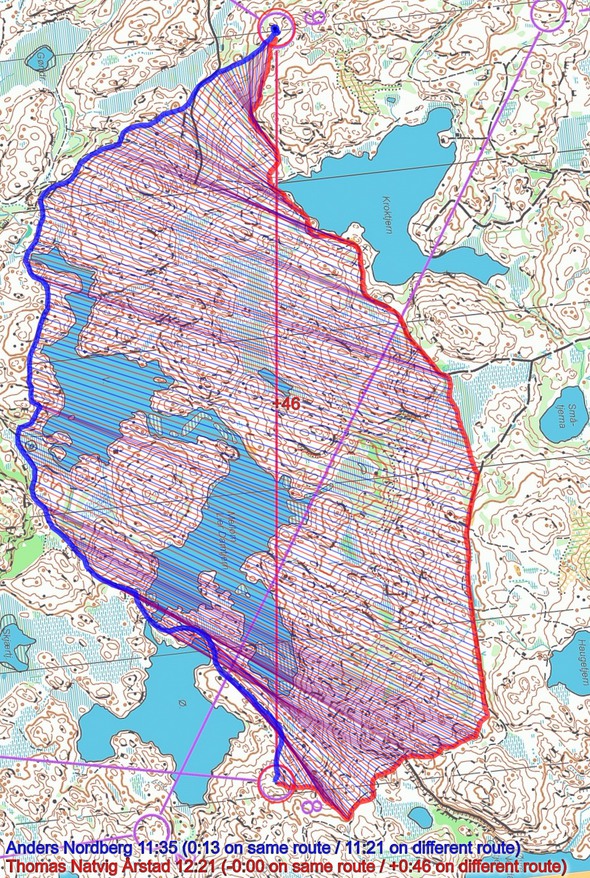 The comparison below of the two fastest on the left route shows how Eliasson loses 20 seconds the first 2-300 meters out of the control by not choosing the path. This shows how important execution is in this terrain. 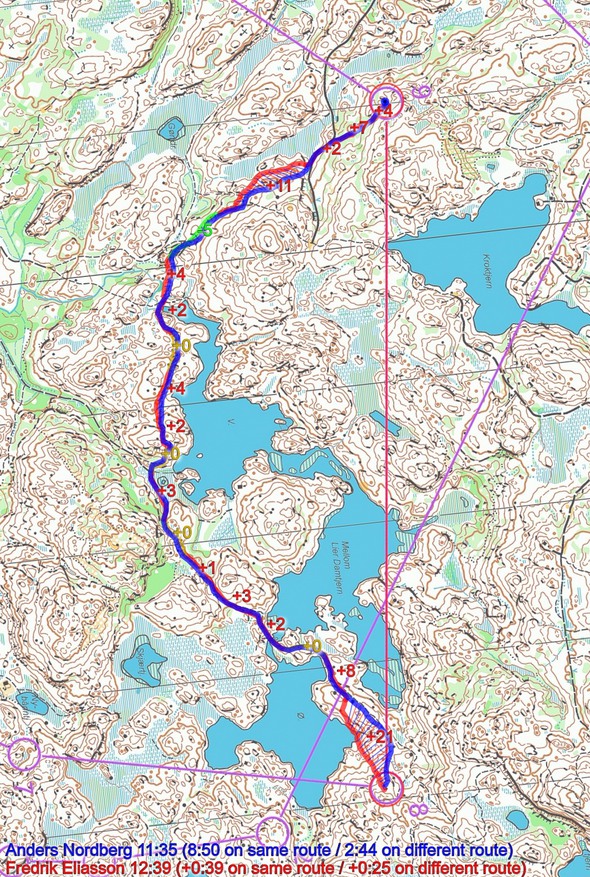 Comparison of Sedivy versus Natvig Årstad (the cut to the right): 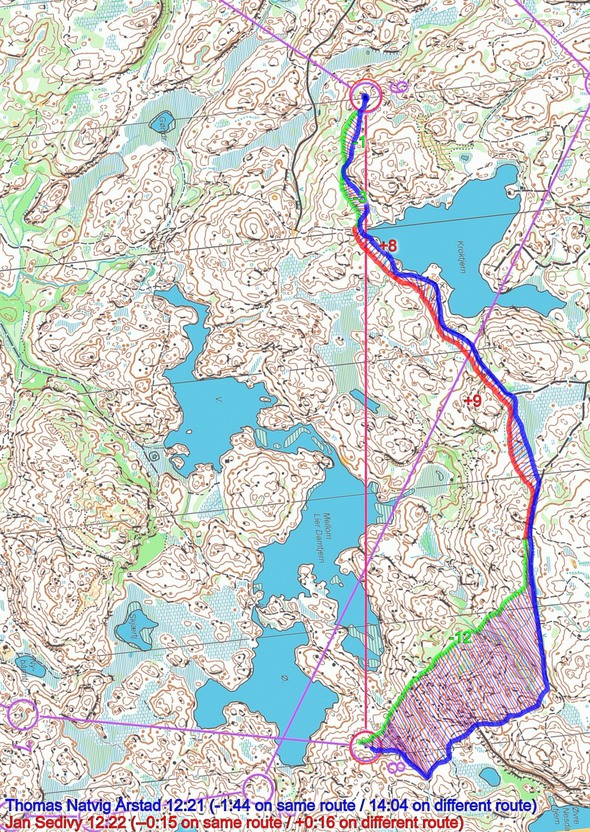 And finally a look at Haga’s direct route – not bad that cut direct! 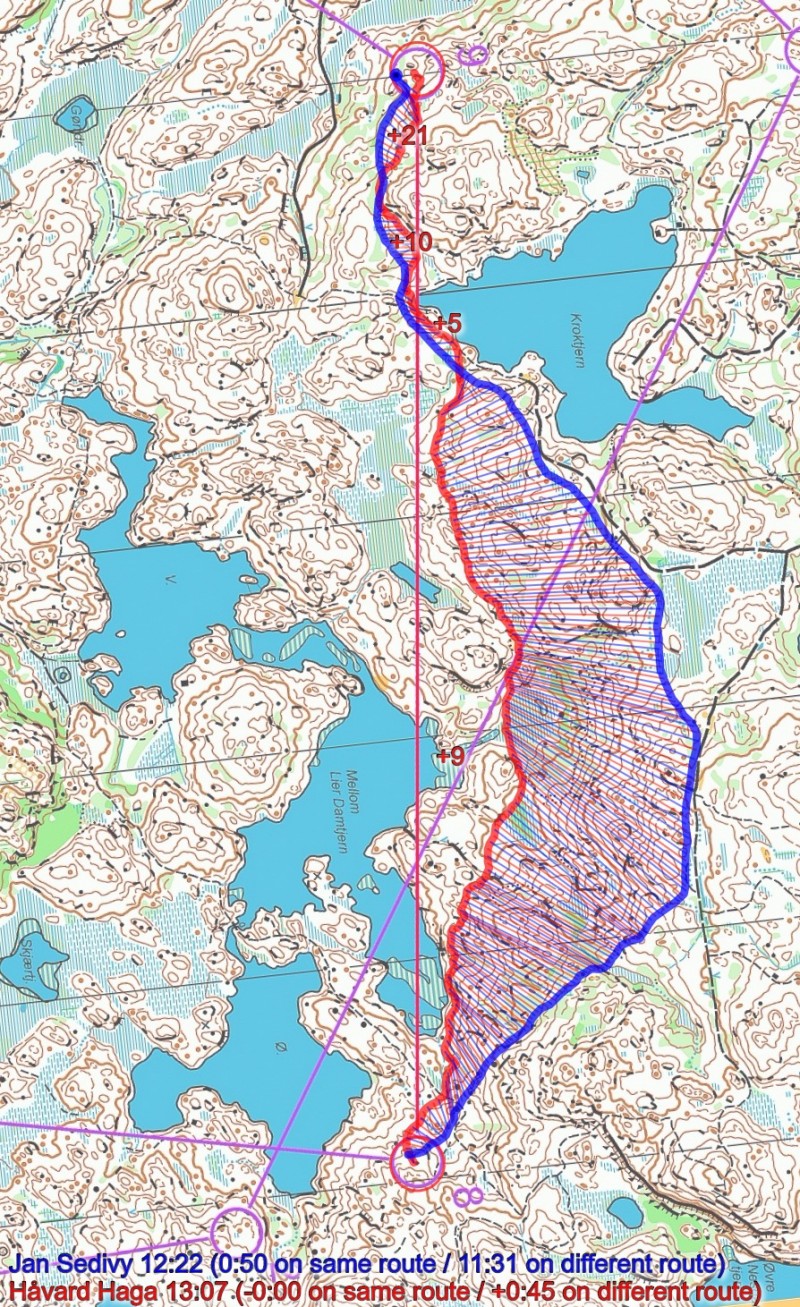 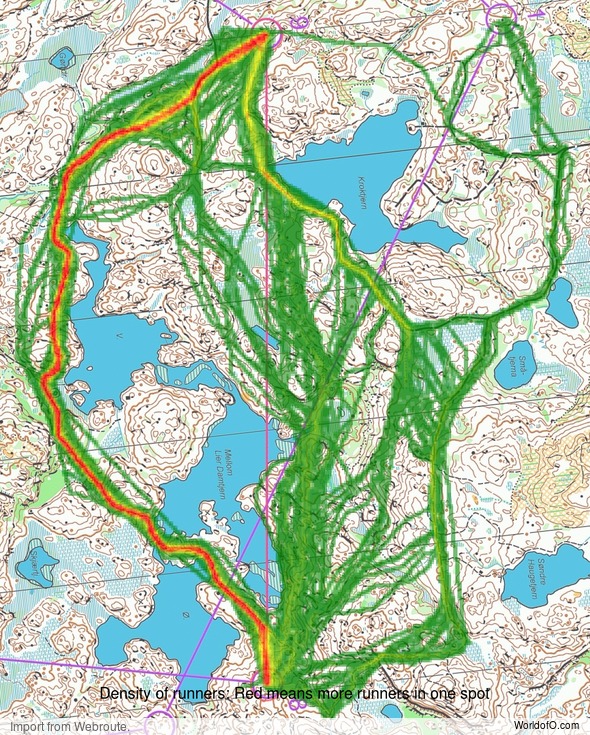 Jan Kocbach is the founder of WorldofO.com - taking care of everything from site development to writing articles, photography and analysis.
@jankoc
Previous Route to Christmas: Day 11 2017
Next Orienteering Achievement of 2017: Last Chance to Vote!