Jan Kocbach May 13, 2018 Orienteering News Comments Off on EOC 2018 Relay: Maps and Results 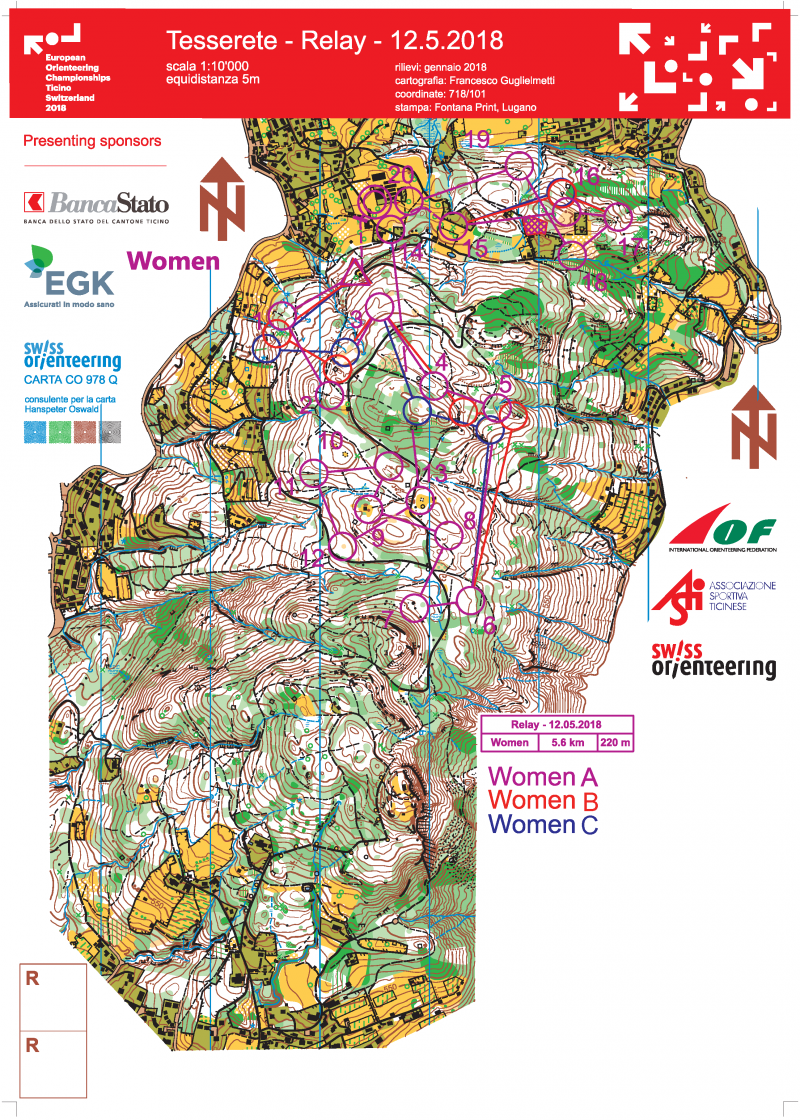 In the women’s relay Switzerland dominated from start to finish, with one of their two teams being in the lead throughout the relay. As only on team from each country counts in the final standings, the silver medal went to Sweden and the bronze medal to Denmark even if Switzerland 2 was the second team into the finish.

See the women’s map above and the men’s map below. Links to GPS-tracking: 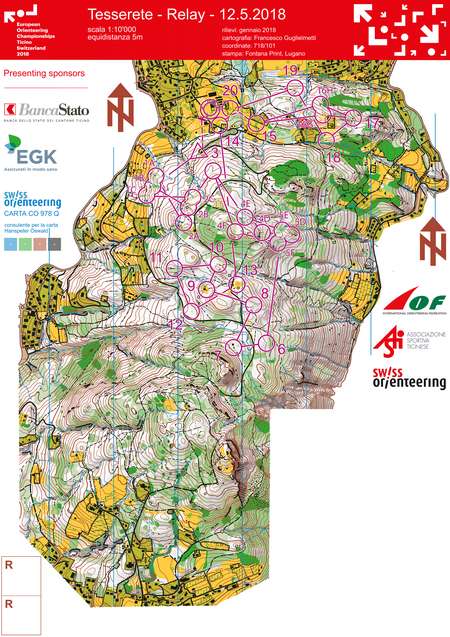 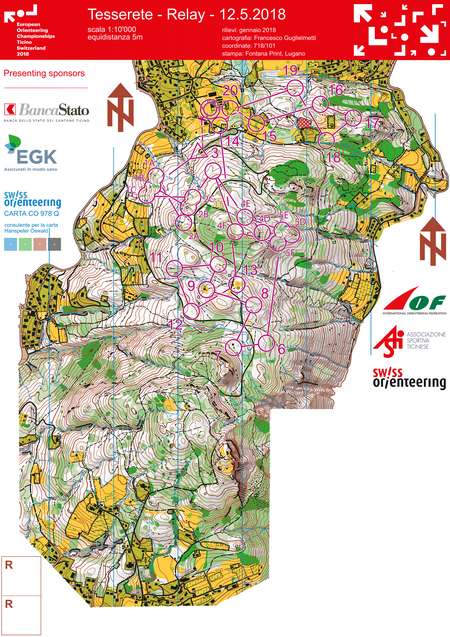 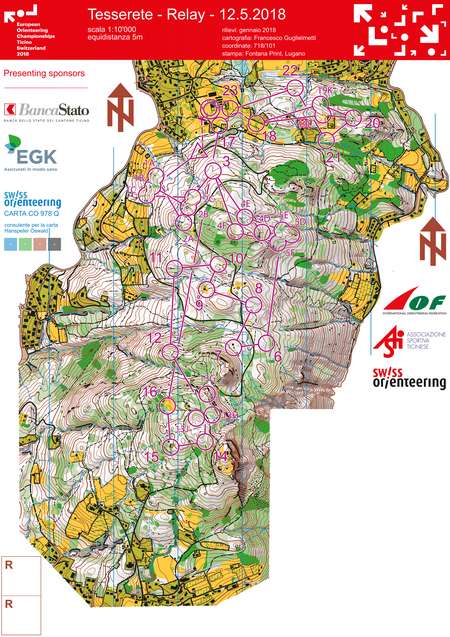 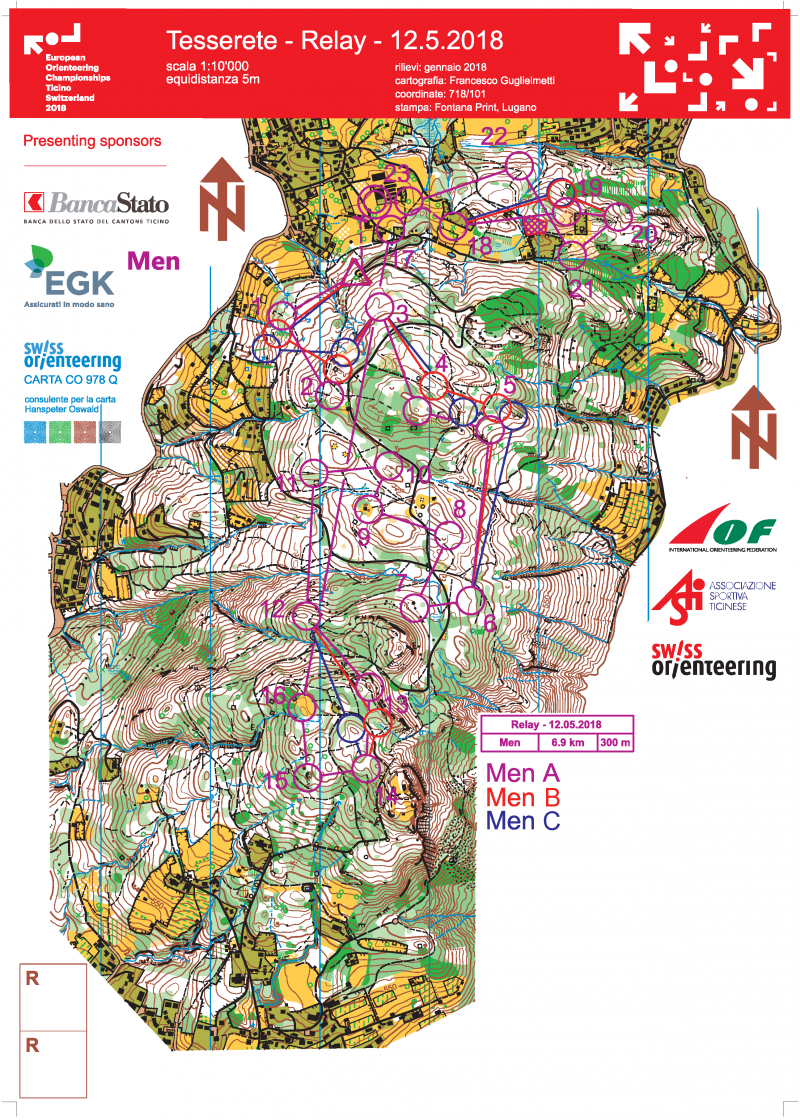