Today’s leg in Route to O-Season 2020 takes us to 10Mila! But instead of this year’s edition which is cancelled/postponed, we look back at the 10Mila 2011 – looking at the 11th control of the 6th leg (night leg). 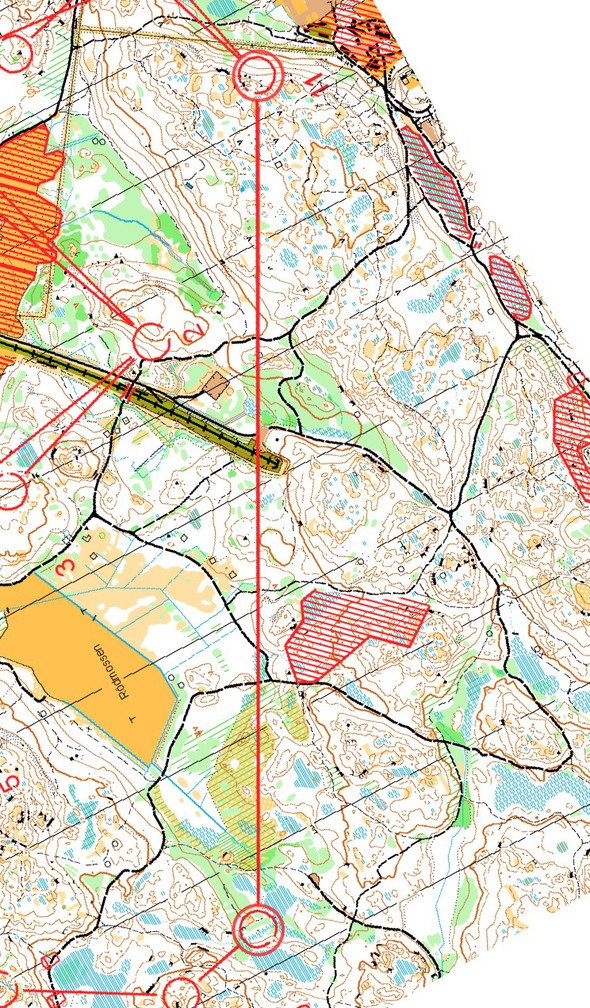 Then you can take a look at how the runners have solved this leg below. Here is the analysis from back in 2011:

There are basically three options for this leg:

Of the teams with GPS tracking, most teams have taken variants of the direct option with some curves here and there to use paths. Some have taken the left option, but none have taken the rightmost option (

Looking at the illustrations below, you can see that the fastest time is run by OK Denseln running the left variant even if it is more than 10% longer than the direct route. The reason for this is the very high speed you can run in on the road/track/open field, which is very nicely illustrated on the pace map. Also, the direct route is not really direct – you actually do a lot of curves when trying to run it optimally, giving a running distance of around 2160 meters on the 1980 meter long leg (the leftmost is around 2390 meters). Add to that that the leftmost route is much more secure than the direct route (many obviously could not keep their direction), the leftmost option surely looks to be the best option on this leg on nightorienteering. The rightmost option could look tempting due to the amount of running on paths, but as (1) small paths are usually slower and (2) it is longer than the rightmost route, I’d think the leftmost route is the choice to take here. 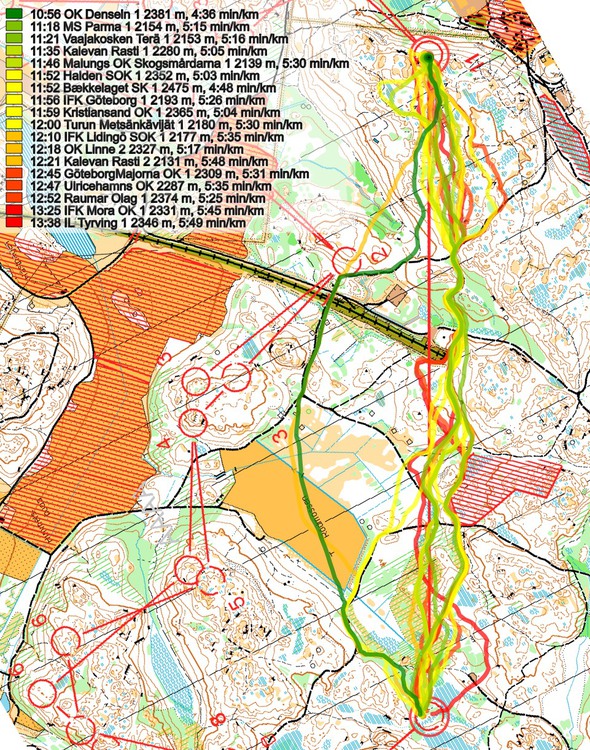 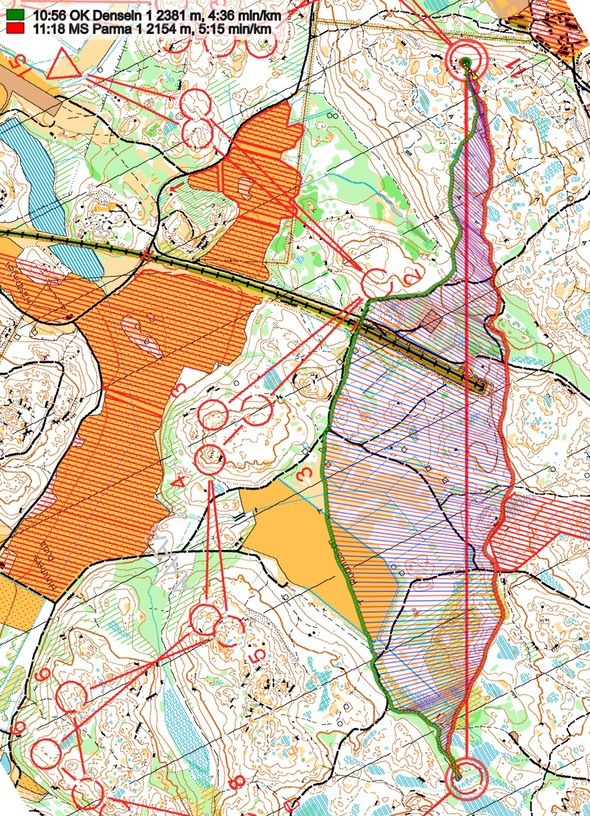 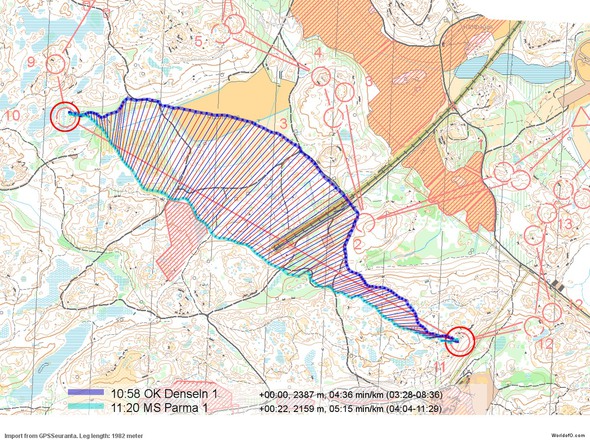 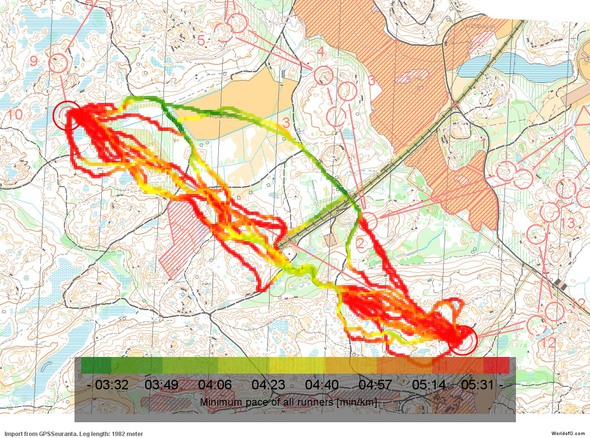 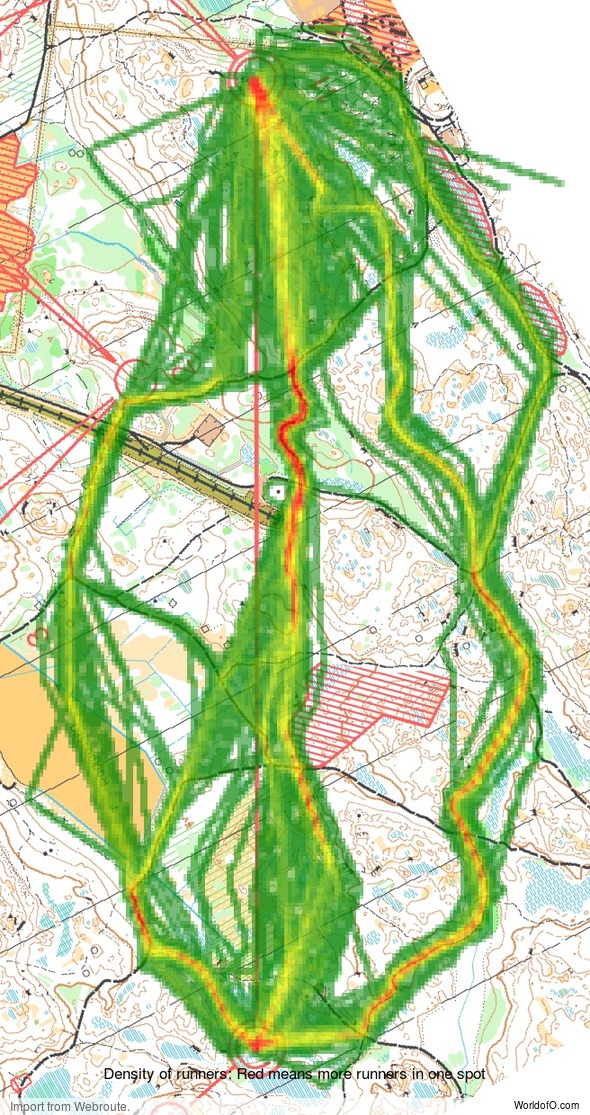 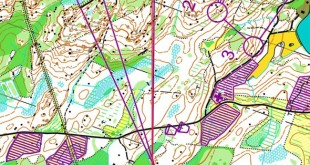 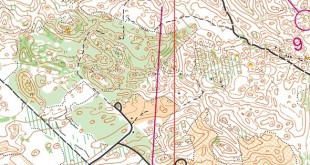 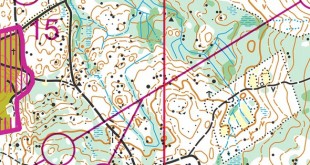 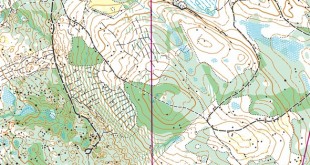 Today Jukola would have been organized if it were not for COVID-19, and therefore today’s ...