Today’s leg in Route to Christmas 2021 is another long and interesting leg! Now we are back to Norwegian forests – the last time was on December 11th. Thanks a lot to Arild Andersen for the tip! 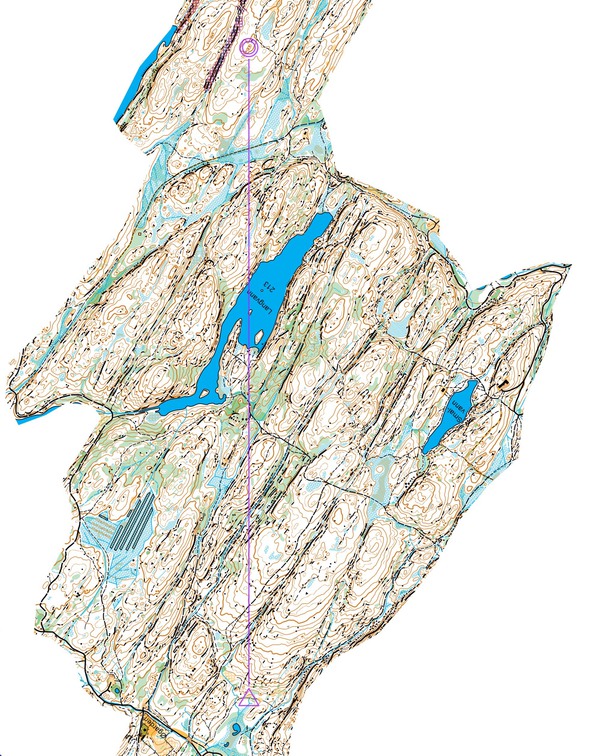 Then you can take a look at the route choice alternatives that course setter Snorre Veggan sketched up ahead of the competition. Here is his thoughts about the leg (translated to English, taken from this page):

The three longest courses were built around a nearly three kilometer long leg. The aim of the leg was to create as many different route choices as possible. It should not only be right, left or straight on, but different routes and maybe some changes along the way. At the same time, it was an aim that this leg could be used by all three courses and that the various route choices should be reasonably good to run. It had to go diagonally [with respect to the main terrain features] in order to get different route choices. If it had been laid across, it would have been too much up and down, and if it had been laid along it would have been obvious to follow the main path system too much. Such long stretches are rare, so it is also a good exercise in learning how to carry out long legs. 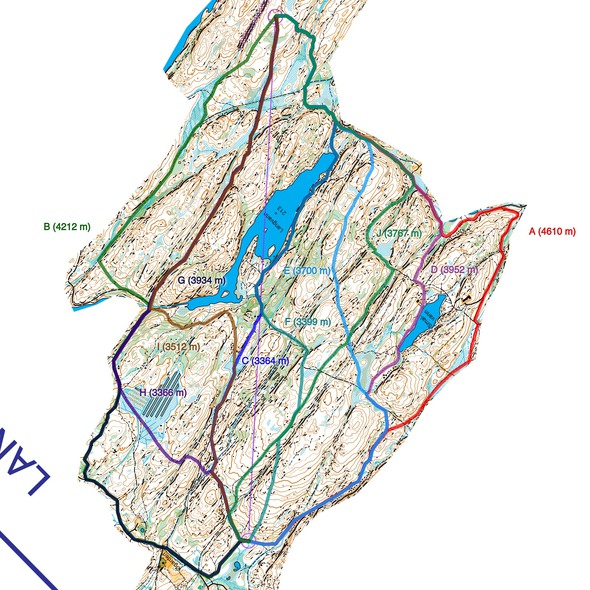 Below is a table with characteristics for the various route choices above. As mentioned, there are also different combinations. Based on other assumptions, the ranking may also be changed.

Based on the discussions afterwards, it seemed that the leg worked as intended. Not many people ran the exact same route. As there was a large spread in the level of the different runners, one can not conclude on what is fastest by comparing what the different runners have run. But we get an indication by looking at the fastest runners.
Livelox and the split times gives the following fastest runners:
[Editors comment: Below the fastest routes are shown; read on below the illustration for more analysis from Snorre Veggan] 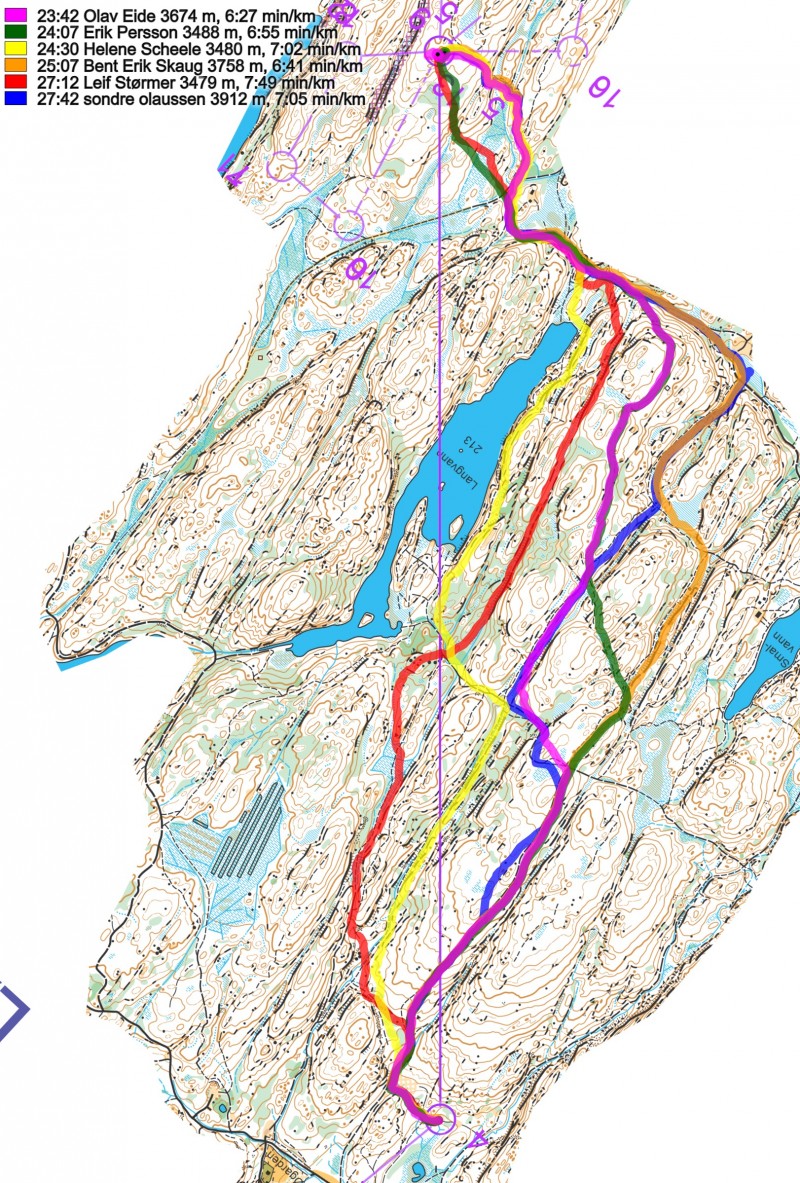 Here are all the routes with colors according to leg time: 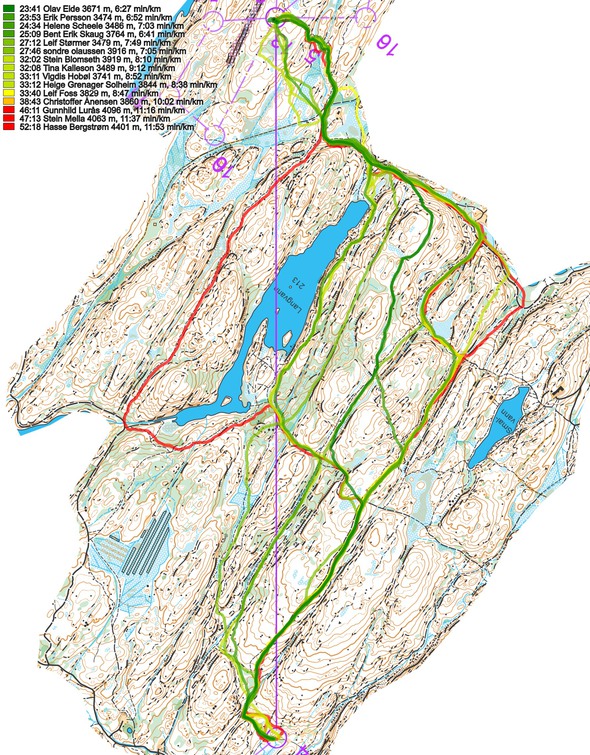 And a selection of these. 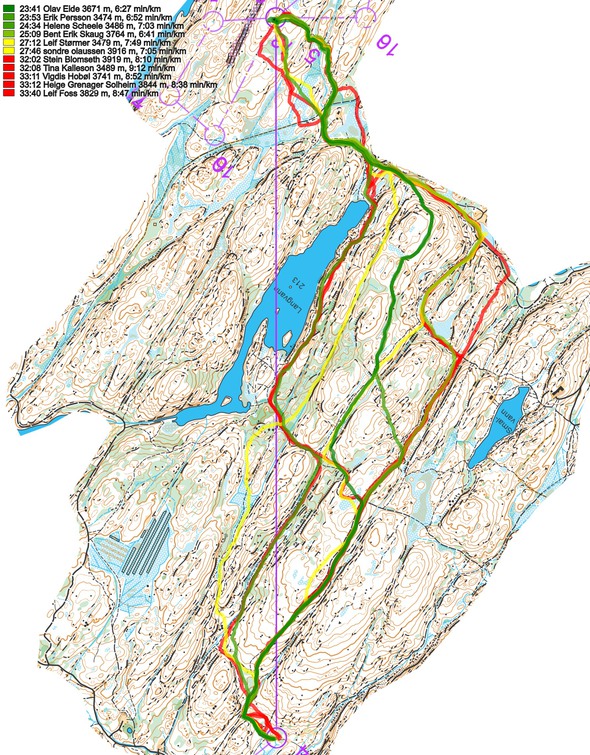 Then some more analysis from Snorre Veggan, the course setter:

In addition to the length of the route, the slope and surface play a role, as well as, of course, personal characteristics. An athlete who is a fast road runner will have a great advantage of running a lot on roads, while one who is o-technically strong can choose the alternative that Erik chose, even with the last part in the terrain.

Ahead of the race, I had seen the road choices on the left side of the line as the two fastest. Two of the route choices are the longest, but they have the least incline and the best surface most of the way. Route choice B has approx. 160 meter climb, in contrast to e.g. route choice J, which Bent Erik took, which has a full 245 meters. And the difference in length is just over 400 meters.

When I planned the leg, I took as my starting point a running time of approx. 4 min / km on road, 5 min / km on large path, 6 min / km on small paths and 8 min / km in hilly terrain. In addition, I added some time for the climb. Then I arrived at 21-22 minutes running time on route G and B. Route C I had at approx. 24 minutes (Helene used 24.5), while I had route choice J in 23.5min (Bent Erik used 25). However, I had not taken into account that there is a path along the ridge west of Langvann, where Olav and Erik ran. However, they take so much climb that I do not think it is the fastest anyway. It is also confirmed by Helene’s time. The 13-year-old is only one minute weaker than the fastest seniors. 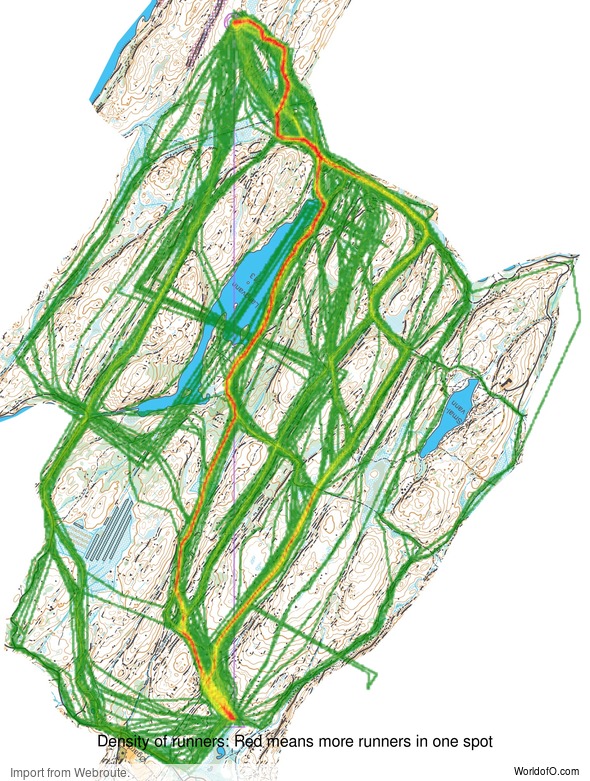 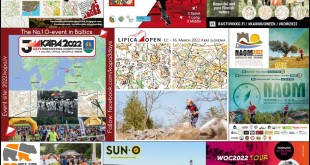 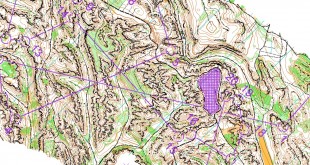 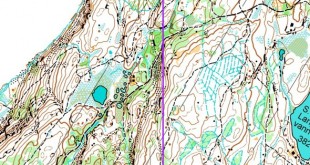 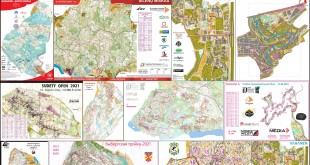 Course of the Year 2021: Voting closed 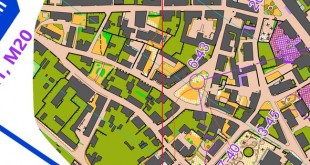 Today’s leg in Route to Christmas 2021 is the last sprint leg in this year’s edition ...