Todays leg is from the “Championnat de France classique” at August 20th 2005 in the category HSeE. A relatively short leg, but with several distinct route choice alternatives.

First take a look at the map without routes – and think about how you would attack this leg (if the map is too small, you may click on it to get it larger – click again outside the map to close it): 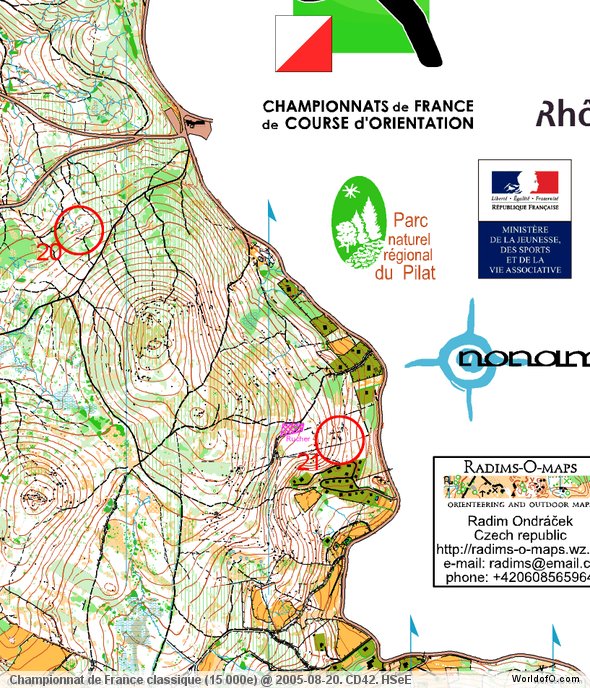 Back in 2007 there was no WebRoute in Route to Christmas – this has now been added to all old ‘Route to Christmas’ in March 2020. You can draw your own route using the ‘Webroute’ below. Think through how you would attack this leg, and draw the route you would have made.

Then you can take a look at how the runners who have drawn their route choice solved this leg. Note that the winner – Nicolas Girsch – did not draw his route choice here. 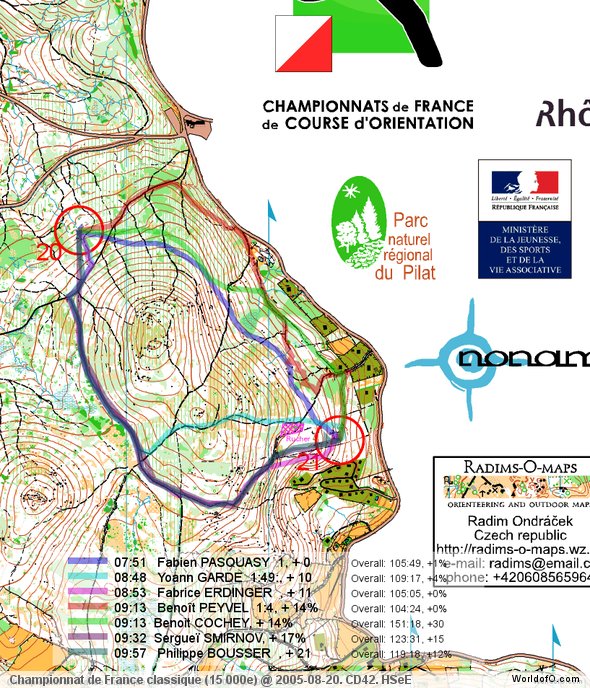 The same leg also in the category HEsE (I guess this is the junior category?) – again the winner (Philippe Adamski) has not drawn his route choice: 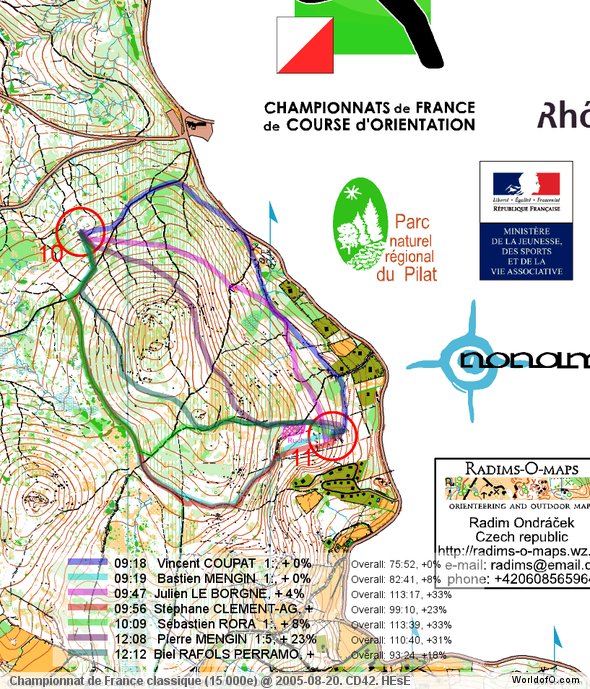 From splits in these two categories – it seems like the best route choice is the direct-left one? Maybe somebody who was there can give more information?

Source: Routegadget at this location.