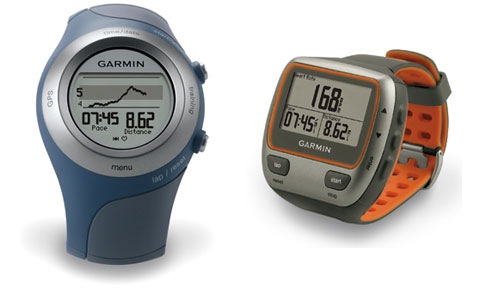 You won’t be allowed to carry a GPS watch like the Forerunner 405/305 on WRE races, World Cup races and WOC races from June 1st according to the new IOF rules published by the IOF today. Note that the IOF rules are not applicable to events which are not organized through the IOF, and thus GPS-watches may still be used in all local races, national races, international races without WRE-status, [not allowed according to Jukola rules – the Swedish language invitation explicitly disallows all GPS-devices, whereas the English language version only disallows tracking devices], etc.

However, you may still use GPS logging devices without a screen – which give you no information at all as a navigational aid. One example is the Globalsat BT-335 Data-logger, which can log your position every second while running (and is compatible with Quickroute), but which gives you no navigational aid during the competition. 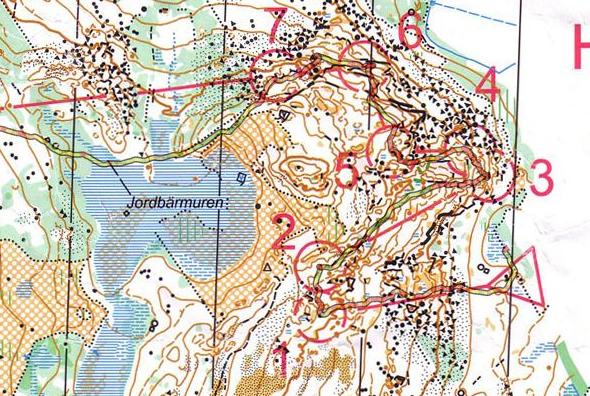 My personal comment: For the sake of the development of the sport of orienteering, I hope that national federations will not follow the IOF-rules and disallow carrying GPS-watches in all races. Disallowing wearing of GPS-watches in WRE-races, World Cup-races and WOC-races makes some sense – but for other competitions one should allow competitors to carry the GPS-watches with rules according to the old formulations in the IOF-rules, i.e. not allowed to use this type of navigational aids – and trust the runners to follow the rules in this respect.

The last years, we’ve seen that a lot of the top runners use GPS watches and the Quickroute software (the map above is from Mats Troeng’s digital map archive) to analyze their races, and share with the orienteering community. It would be sad if national authorities following IOF-rules should stop this development which has so much potential for getting new orienteers interested in the sport.

Below you find the most important rule changes. Note that it is now also not allowed to set up your own GPS tracking over GPRS without the approval of the organizers. Also, controls may now be down to 15 meters apart for 1:5000/1:4000 scale.

Jan Kocbach is the founder of WorldofO.com - taking care of everything from site development to writing articles, photography and analysis.
@jankoc
Previous NOC Test Long: Hausken and Nordberg
Next QuickRoute developer: – This is really sad news