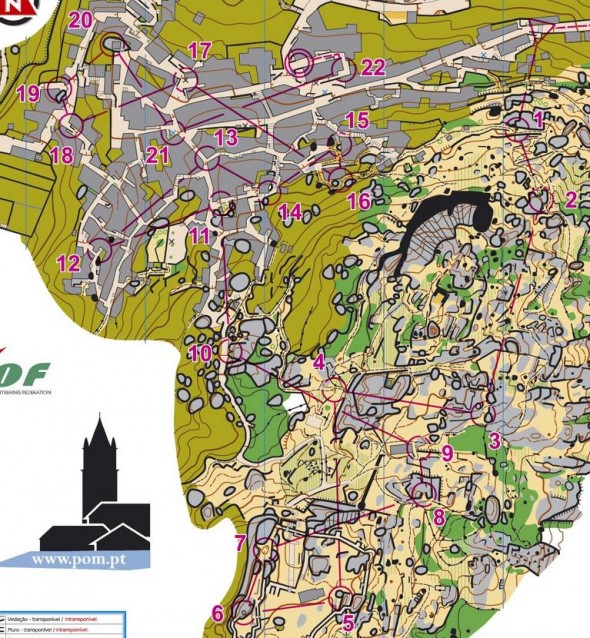 The Monsanto evening sprint was actually the first course suggested for “Course of the Year 2013″ by Pythorias early in the morning on November 12th. This also means that Pythorias wins the prize of his wish: The Competition, training and hotel package for one person at the 10th anniversary of MOC Mediterranean Orienteering Championship in Tuscany. Check out the other sponsor prizes at the bottom of this page.

Congratulations to Portugal and to course setter Tiago Romão. Read on for an interview with the course setter and the Top 10 results list in Course of the Year 2013.

About “Course of the Year 2013″: The rules are simple: Suggest a course from a competition or training in 2013 using this link, and state the reason why you think this course deserves to be “The course of the Year 2013″. The best among all the suggestions will be chosen – and there will be a voting process among the readers of “World of O”. Sponsor prizes of around 3500 Euro are to be won by the ones suggesting / voting:  Andalucia O-Meeting in Spain February 14th-16th, MOC in Italy March 13th-15th, Bergen Sprint Camp in Norway January 31st-February 2nd, 3+3 Sälen in Sweden June 27th-29th, Ilves-3 in Estonia May 2nd-4th, OOCup or Bubo Cup in Slovenia at the end of July/start of August, Orievents training camp/NAOM in Portugal in January,  Portugal O-meeting in Portugal March 1st-4th, the North Americal Champs in Canada October 10th-13th, and 3 days of Trenches in Italy May 31st-June 2nd. See all details about the sponsors & prizes below – to me all of them are tempting! 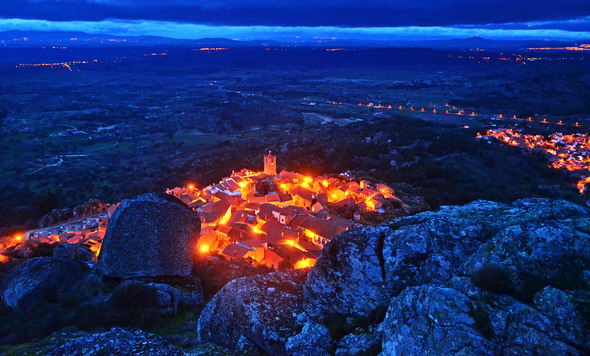 – An experience you will remember for a long time

In an article about the Monsanto evening sprint at WorldofO.com just after the event, I wrote the following about the event:

“The sprint in Monsanto and the rocky surroundings at the third day of Portugal O-Meeting is one of those spectacular orienteering experiences which makes an orienteer travel for many, many hours. The mix of old city and rock labyrinth makes it an experience you will remember for a long time.”

And of course the winners in Monsanto were the two biggest stars in modern orienteering: Simone Niggli and Thierry Gueorgiou. Gueorgiou won the men’s class in the time 18:17 for the 2.1 km long sprint – half a minute ahead of the world’s best orienteering sprinter, Matthias Kyburz (Switzerland). Simone Niggli (Switzerland) – the best women orienteer of all times – won the women’s sprint with a margin of more than a minute down to Julia Gross (Switzerland).

Q: When did you start planning the courses for the Monsanto evening sprint – and how many hours do you think you spent on it?

It is hard to say how many hours I spent because I also planned the 1st day night sprint and helped in the others 4 POM races. However from november I spent about 50 hours on the Monsanto sprint.

Q: Monsanto is a very special village – can you tell more about the village? Was it difficult to get permission to organize a race there?

Monsanto is a small village in Idanha-a-Nova that has become popularly known as “the most Portuguese village of Portugal” in a class of twelve classified historic villages in Portugal. The emblem of Portugal, the Silver Rooster (Galo de Prata), can be seen on the top off the Clock Tower or Lucano.

The mountain Monsanto (Latin: Mons Sanctus) rises abruptly to the East of the Idanha-a-Nova up to 758 meters above sea level.

The most dificult part was to take all the competition material to the middle of the village, because there is just a small road to the village and there is no place to park cars or even for an arena. So I had to plan a course also taking into account those facts, trying to make all more easy for the athletes.

I have a lot of legs that I really like because I tried to create a course also quite touristic with controls like 2, 6 and 20 (M21SE) in fantastic places. however my favourite leg is 17-18 because the runner come from 16 in an downhill leg, that give them short time to read the map, and then they find a leg with 3 route choice options. 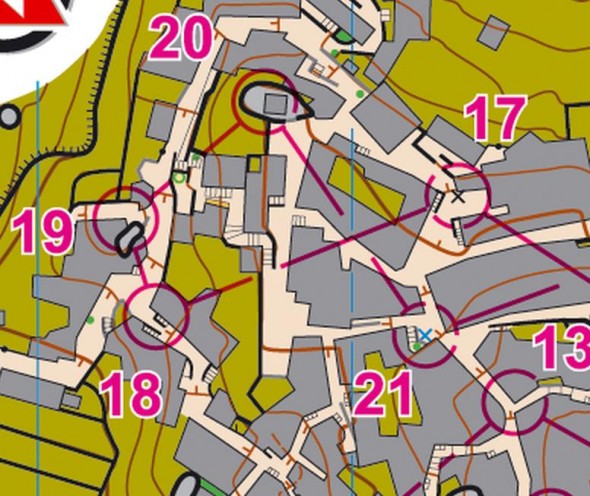 Q: What is the best course you have planned?

For me the best course I have planned was the 3rd day of POM 2013, I was not the main couse setter but I was very envolved on it, specialy on elite couses.

Q: Where should World of O’s readers travel to experience your courses in 2013?

For 2014 I will just plan courses on 27 and 28 Sep 2014 at Iberian Championships, however in 2015 I will plan at 7 and 8 Feb an WRE race in Idanha-Nova. The readers also can experience my courses at O-Portugal Training Camps in Évora’s region.

Q: What is your work flow as a course setter? How do you start?

First I like to know the terrain even before the map is drawn, and then I create a mental idea of how the courses should be.

After that, when I get the map, I start by choosing the finish and the start places and then I create the longer route choices with no precise control location. After the first draft courses are ready, I find the best control locations on the terrain trying to keep the route choices. Then I make some small adjustments and test the course.

Q: What is your best tip for setting a good course?

Just accept a leg on your course if you would like to run it yourself.

The race I must enjoyed to run in 2013 was the 1st day of Trophy of Mangualde, organized by Natura – Orienteering Club of Viseu. The terrain it’s very thechnical and in a very nice landscape. The course has all I want to find in a middle distance race, short and thecnical legs with direction changes mix with longer ones with route choises. The course setter was able to avoid the worst part of the map and use the best that the map has. The finish was in a artificial beach giving a more pleasent way to the event. 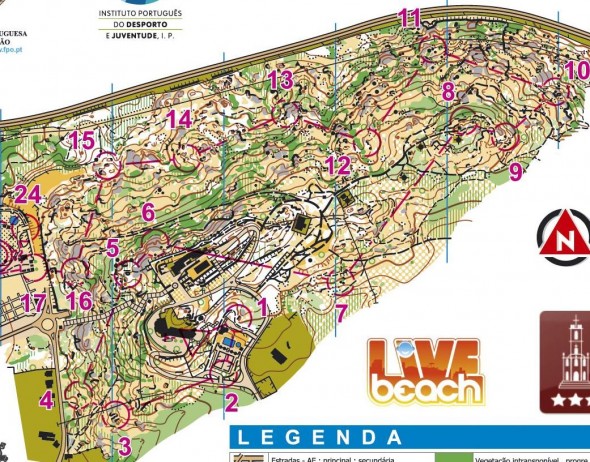 Q: What is your biggest success as a runner?

As runner my biggest success was the year of 2009 with the 14th place on sprint at JWOC 2009 in Italy and a sprint final A as junior at WOC 2009. However I still have 24 years old, so I hope to have biggest results in the future. 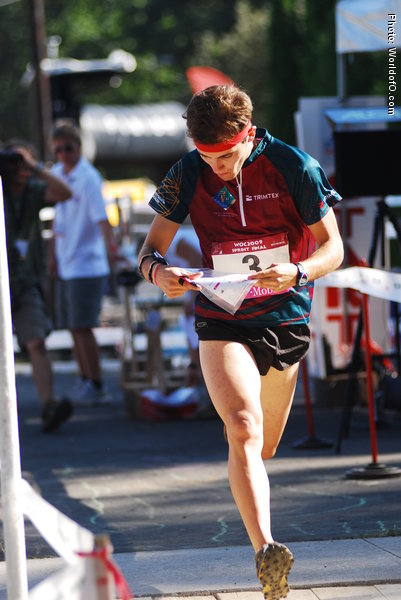 Q: This is the second time in a row for Portual O-Meeting to win the “Course of the Year 2013″ contest – what can the runners expect in 2014?

Next year the POM will be again in very challenging terrain and all the course setters are persons really involved in the sport, who knows how to take the best from the terrain.

Q: Thanks a lot for the interview and the great course – and congratulations!

Prizes from our Sponsors always makes it more fun! There will be a prize for the first one suggesting the course which ends up becoming “The course of the Year 2013″, and prizes drawn among the ones suggesting and voting. All prizes are transferable to other persons (you don’t have to travel yourself). 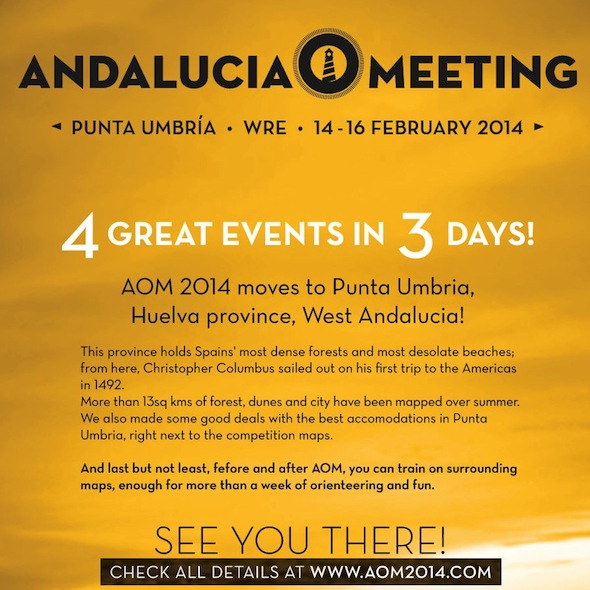 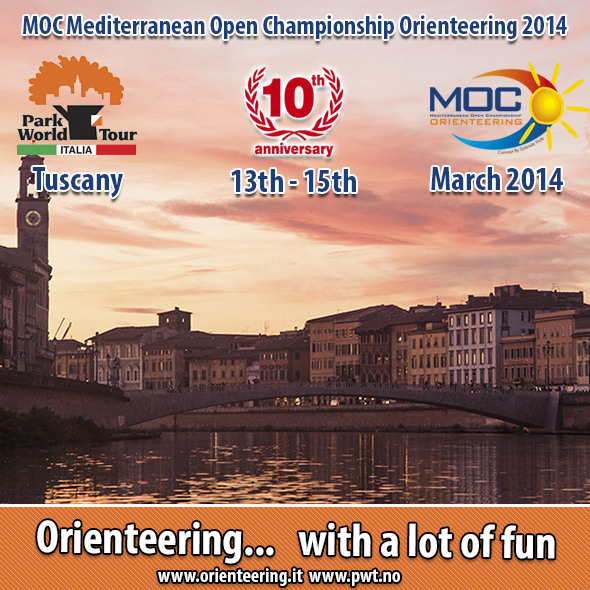 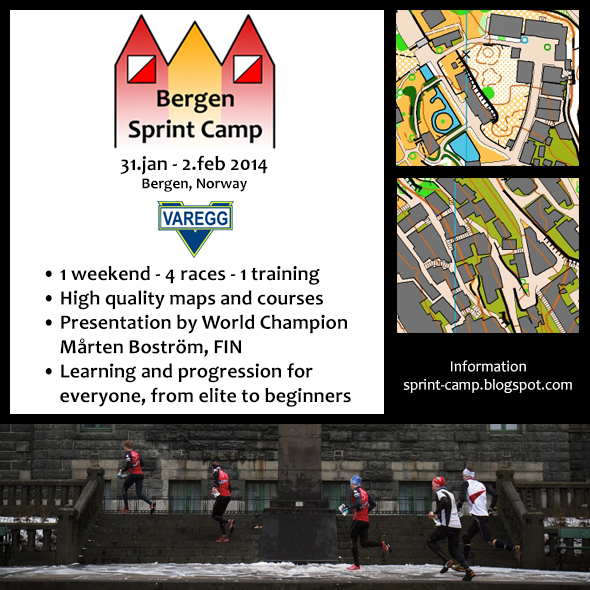 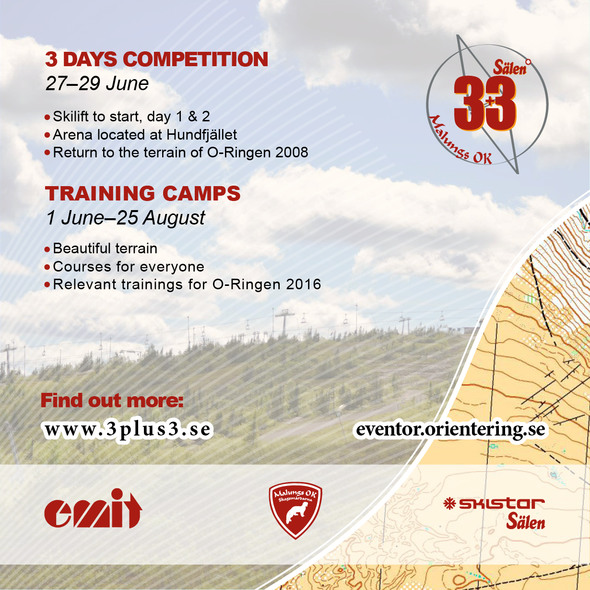 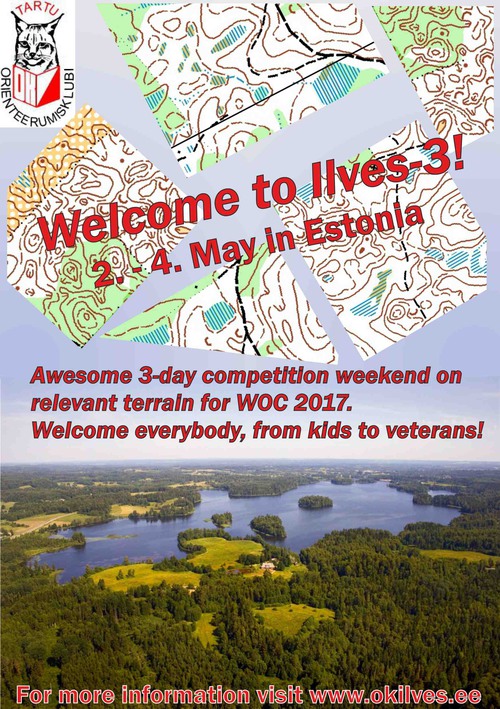 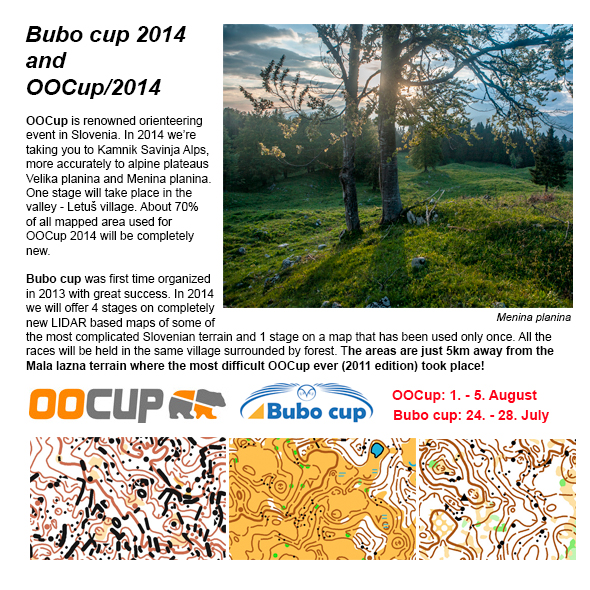 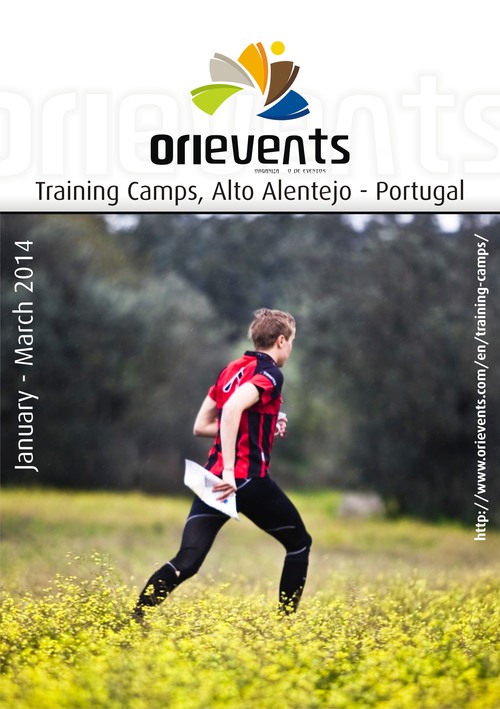 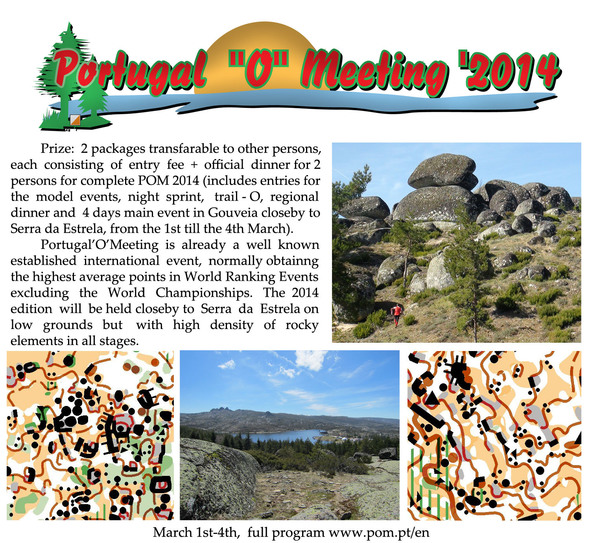 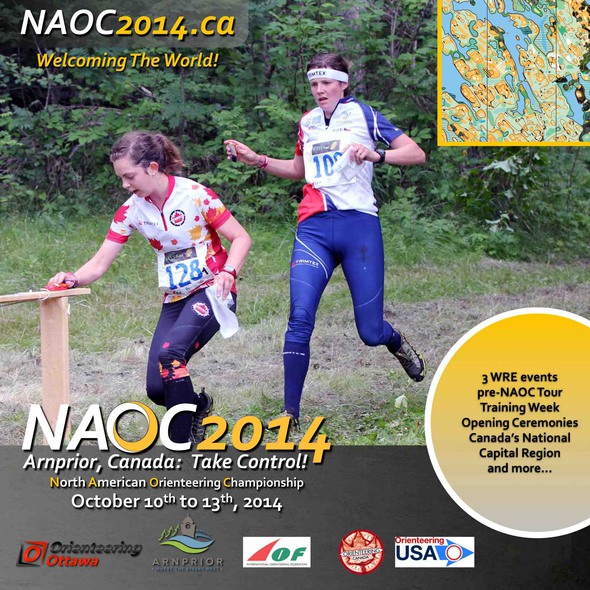 Jan Kocbach is the founder of WorldofO.com - taking care of everything from site development to writing articles, photography and analysis.
@jankoc
Previous Course of the Year 2013: Finland …
Next Lucky Voters: Check if you won!