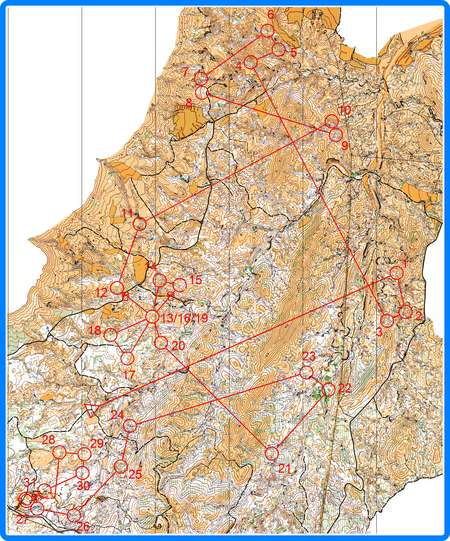 Tove Alexandersson won then women’s race on a great Swedish day – the men’s race was voided due to controls 21-22 being removed by the organizers.

Tove Alexandersson (Sweden) won the first World Cup race of the season in Turkey ahead of Helena Jansson (also Sweden) – in Spain today two other Swedish women finished in the Top 3 along with Alexandersson: Lena Eliasson and Lilian Forsgren. A great start of the World Cup for Sweden – even if some top runners have been missing on the start list both in Turkey and now in Spain.

Analyzing the race closer, one can see that Alexandersson looses time on the long route choice legs to Lena Eliasson – but that Eliasson does several mistakes at or near controls. Eliasson has the highest speed of the day – running fast on the roads and mostly taking route choices suiting her well.

The three fastest times of the day in the men’s class were run by Olav Lundanes, Baptiste Rollier and Gustav Bergman. With the unfortunate cancellation of the race, this is a sad day for Lundanes, Rollier, Bergman and all the other men fighting for nearly 2 hours of more in the Spanish mountains.

– Happy with my performance today but really pissed with organizers who picked up controls before end of the race, Baptiste Rollier Tweeted Saturday evening.

The order of the top three runners would with high probability have been exactly the same also with all controls in place, as both Lundanes and Bergman passed the two removed controls after they were already removed. They lost some time here and at the subsequent controls, but the order of the top 3 would probably have been unchanged. See the full reconstructed results of Top15 at the bottom of this article.

Below are results taken from the official split times were all runners with the two removed controls missing have been reinstated in the results (this can of course not be done in the official results as other runners may have been more influenced). Lundanes said to orientering.no that he lost 20 seconds on control number 22 while search for the control (they found the control marker pin), and subsequently some time on a mistake on a later control because he lost focus. 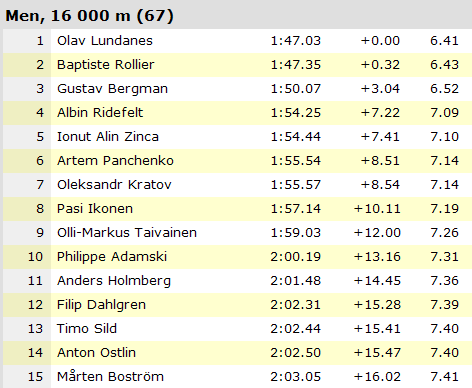 Jan Kocbach is the founder of WorldofO.com - taking care of everything from site development to writing articles, photography and analysis.
@jankoc
Previous World Cup Spain 2014: All you need to know!
Next World Cup Spain Middle: Maps and Results