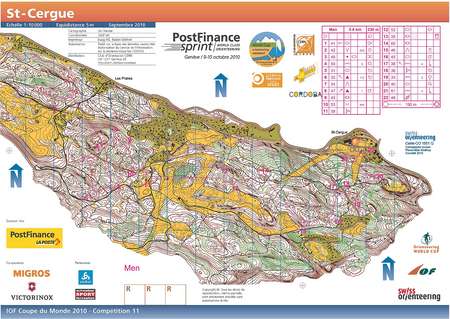 Thierry Gueorgiou and Simone Niggli took home the victories in todays World Cup over the middle distance in Switzerland – in a terrain which was not as technical as many of the runners had expected. 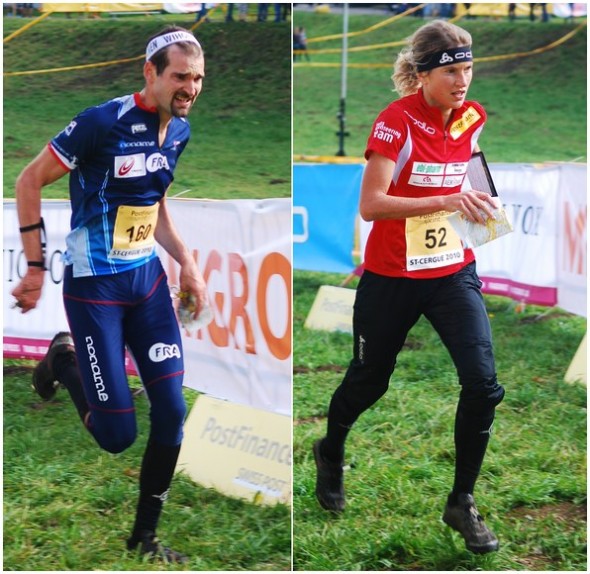 About the map and courses

– It was quite a good race. I did three times 20 seconds mistake – at the 7th control, the 17th control and the 20th control, Thierry Gueorgiou told after the event.

– The map was easy to read, but the runnability was not clear from looking on the map, so you had to be flexible in your orienteering, the tall French runner told after winning his second World Cup title in a row.

The orienteering was boring compared to what met the runners last weekend in France. – It was not very technical orienteering, Thierry Gueorgiou told after the event.

The Scandinavian runners, however, feel that they still have something to learn in this kind of terrain. – I think I have a lot to learn, it is quite different from Norwegian terrain, Olav Lundanes in second spot commented at the press conference. – The biggest challenge in this terrain is to run fast enough and orienteer well enough, according to Lundanes.

– I did not have any pain in my foot today, as I got an injection to remove the pain, Hubmann said after the race – and he now thinks that he will manage to take home the overall World Cup. – I have a lot more self confidence than yesterday. 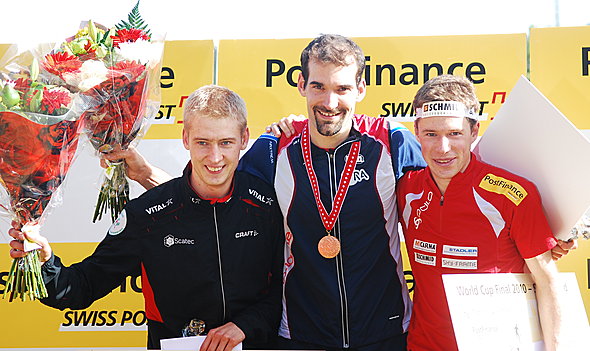 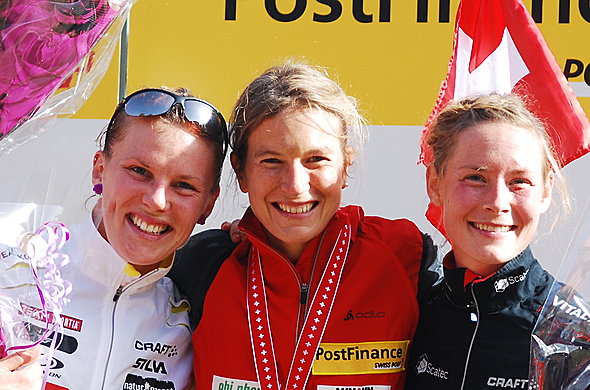 Jan Kocbach is the founder of WorldofO.com - taking care of everything from site development to writing articles, photography and analysis.
@jankoc
Previous World Cup Final: Will Hubmann take it home?
Next World Cup Final Live from 12:15 CET