Home / Orienteering News / Kauppi: – The real stuff is suffering from all the public controls

Kauppi: – The real stuff is suffering from all the public controls

Jan Kocbach November 8, 2010 Orienteering News Comments Off on Kauppi: – The real stuff is suffering from all the public controls 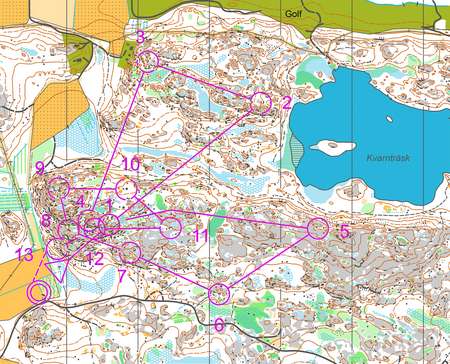 Surprisingly, the course which gave her World Champs Gold medal is also the biggest disappointment of the year for Minna Kauppi. The worst course of the year according to Kauppi? The WOC Middle distance. – I quess the biggest disappointment was the World Champs in middle distance, Kauppi says in this interview with WorldofO.com in relation with the Course of the Year 2010.

However, the final in the Finnish o-league Huippuliiga is proof that you can make many compromises and still make a course which the top runners are satisfied with. Minna Kauppi chooses a Finnish event which has not yet been suggested as her candidate for the course of the year 2010. – It was just really demanding and still nice to run, she says about the final race of the Finnish o-league Huippuliiga. – I’m not sure if the course setting was the best possible as the course setter always has to think of cameras as well, but the terrain and the nature of the competition was cool (see map above). 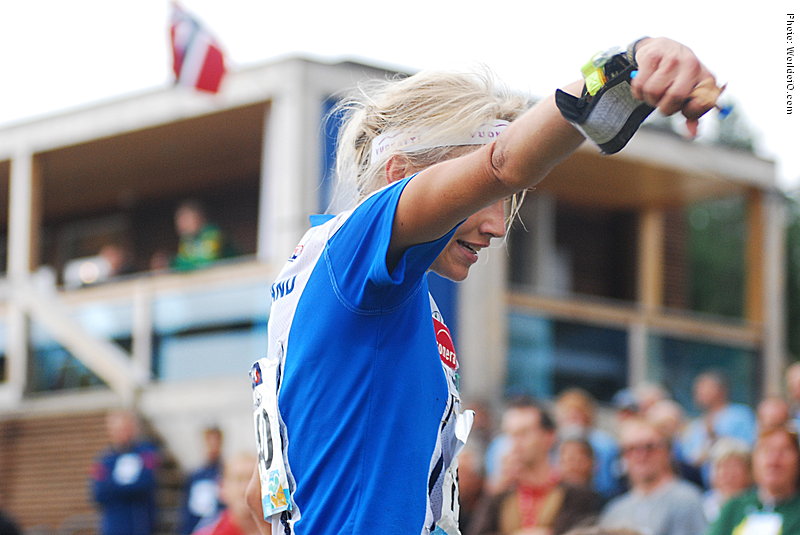 Thanks a lot to Minna Kauppi who took the time to answer a few questions for “The Course of the Year 2010″.

Q: What was the best course you run in 2010 – and why?
I choose the final in the Finnish o-league Huippuliiga (map is available here) which was held as a chasing start according to the prologue’s results. It was just really demanding and still nice to run. Besides, I managed to do quite nice job there. I’m not sure if the course setting was the best possible as the course setter always has to think of cameras as well, but the terrain and the nature of the competition was cool.

Q: What is the worst course you run in 2010?
I quess the biggest disappointment was the World Champs in middle distance (see map here). I quess I don’t have explain… 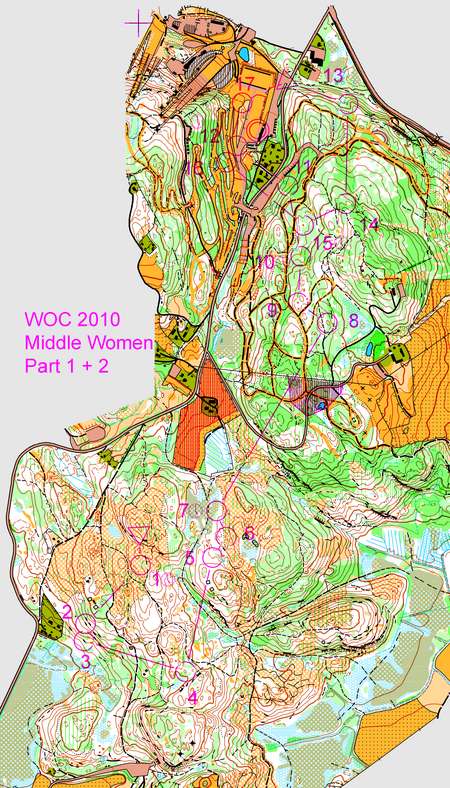 Q: What is the best course you have run ever – if you must pick one from the top of your head?
Well, the biggest memories and feelings I’ve ever got in a World Championships was in the middle distance in Czechs (see map from mens course here – see also headcam-video from the womens course – it got completely dark in the end, though). I think it was great that no-one had a map from there before, and the course was really demanding , too. 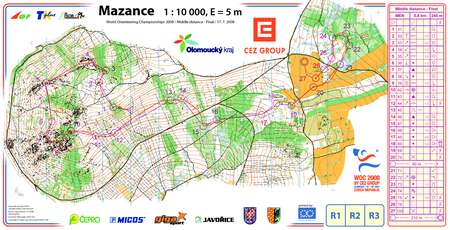 Q: Are the courses generally getting better, worse or staying on a level?
It varies. I think the sprint courses are just getting better, but I’m afraid that the real stuff is suffering from all the public controls, butterflies and so on.

Q: What is the most important ingredients in a course in order for it to be a good course – in your opinion?
Terrain makes a good competition, of course. But I also think that there should be different kinds of challenges during the course. Not just short legs, but not just long ones either. A mixture of route choices and detailed control taking in a great forest is a dream come true.

Q: What are your goals for next year – and how do you change your training and focus in order to reach your goals in 2011?
My goals are to improve my orienteering from year to year and maybe finally reach a stable level in all the distances. However, this winter goes in terms of studying which will have an effect on my training. But I have already noticed that it will be really good for my motivation. This better motivation will definitely give extra power to make the important trainings even more effectively.

Jan Kocbach is the founder of WorldofO.com - taking care of everything from site development to writing articles, photography and analysis.
@jankoc
Previous “LiveBlog” from Storsamlingen 2010
Next Tiltnes chooses an ultralong distance race