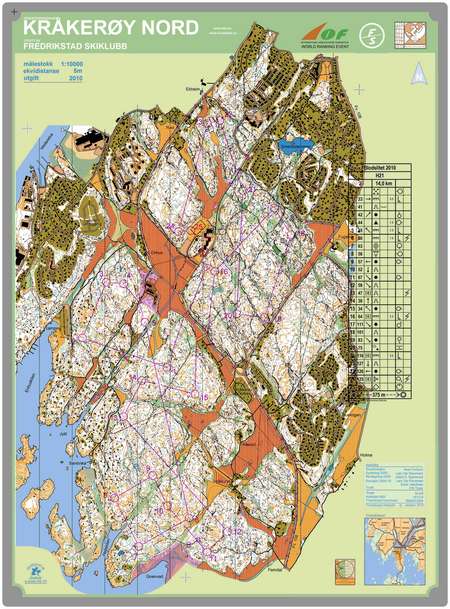 – Places where a lot of you competitors run as fast as they want, but where they should not have. This is one of the most important ingredients in a good course according to Anders Tiltnes, who has been interviewed by WorldofO.com for “The Course of the Year 2010″.

Read on to see which course Tiltnes choose as his favourite this year – and why. 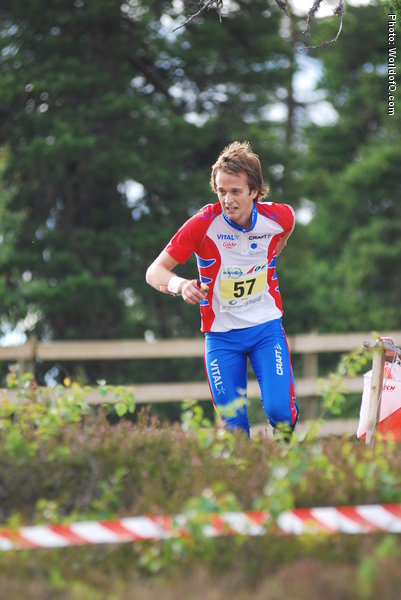 Thanks a lot to Anders Tiltnes who took the time to answer a few questions for “The Course of the Year 2010″.

Q: What was the best course you run in 2010 – and why?
Blodslitet 16th of October 2010 (map available here – see also at the top of the article). Because it was a race I had as a goal to win. I knew I didn’t have a chance, but I really tried. It was special for me because I actually managed to come 2nd, and outsprint great runners like Lukasen, Winstedt and Haldin on the last 5km of the long course. It was also special because I became really demotivated during the race, but when I got tired I decided to run as fast as I could for a period. It was fun, and I kept running until the finish line!

Q: What is the worst course you run in 2010?
I don’t remember really, but I’m sure must have been a sprint-race. There are so many bad sprint-races. In my mind the sprint-discipline can be very challengig and fun! But it requires so much from the terrain and the organizer. In real orientering with a good terrain it is a great thing to do in life – no matter what the course-setter do with the courses. In sprint, he has to think through things to be able to deliver a good competition to his athletes. In particluar, I remember a sprint organized by Lillomarka OL (Editors remark: probably this course). We were cut off with 2,4km because of a map-scale problem. A good friend of mine drove 90minutes to run 8minutes! That was a real catastrophic race. It was actually quite sad, because Oslo City Cup, a spring sprint-cup in Oslo, really has the potential to be one of Oslo’s, and maybe Norway’s biggest races – but the organizer “threw it away” with mistakes like this. I really hope they come together and make something better next year:) 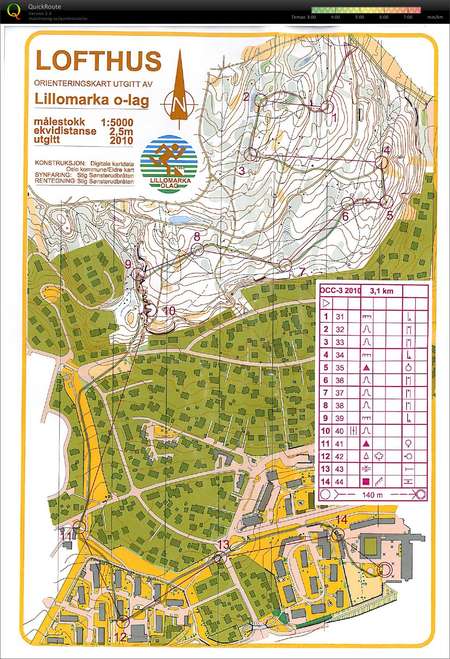 Q: What is the best course you have run ever – if you must pick one from the top of your head?
It must be one of Jørn Sundbys night-o courses. He is making this really though and challengig night-o race each October in Oslo. For me these races are actually one of my biggest challenges as an orienteer after they stopped organizing Norwegian Championships in night-orienteering (its now called mass-start with reading-lights). Everything else is easypeasy after a night in the forest together with J.Sundbys course-setting! (See map here with routechoice of Anders Øksenholt). 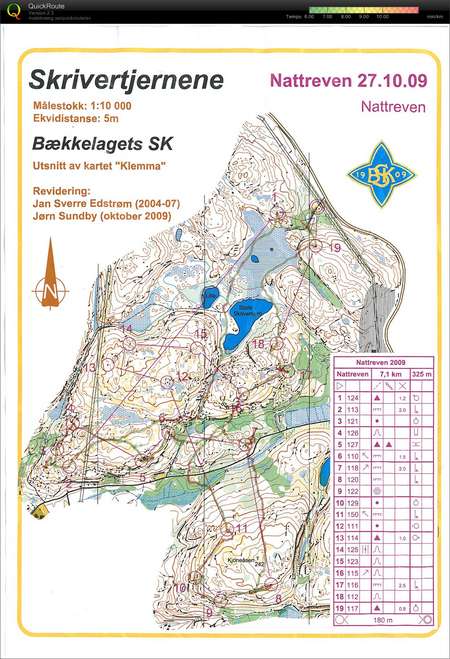 Q: Are the courses generally getting better, worse or staying on a level?
I think its staying more or less at the same level, but we have a lot more really terrible courses now. But it is more because of bad finish-areas and public-controls which not always are needed, than a problem of the actual courses. Orienteering should be done in the forest. Give us GPSes and drive us as far away as possible! Asphalt is not the new mud ;)

Q: What is the most important ingredients in a course in order for it to be a good course – in your opinion?
One long leg, some short legs, places where you can run as fast as you want, and places where a lot of you competitors run as fast as they want, but where they should not have ;)

Q: What are your goals for next year – and how do you change your training and focus in order to reach your goals in 2011?
My goals for the upcoming season is to become 1 minute faster at an 3km sprint-race. Norways national coach thinks the way to do it is to do as much technical training as possible. I don’t ;)

Jan Kocbach is the founder of WorldofO.com - taking care of everything from site development to writing articles, photography and analysis.
@jankoc
Previous Kauppi: – The real stuff is suffering from all the public controls
Next Gueorgiou: Orimattila and Peguerinos rocks