As Saturday is usually a quiet day here at World of O, we bring two legs in Route to Christmas today. Both are from the same competition in Switzerland in March this year – the second National competition. And we have some big names on the startlist – Fabian Hertner, Marc Lauenstein, Martin Hubmann and Andreas Kyburz.

Thanks a lot to Marcel Schiess for the suggestion! Thanks also to Martin Hubmann, Marc Lauenstein and Andreas Kyburz for drawing their routes on request.

– It was a tough competitions because the ground was softened by the rain. The slopes were very slippery, Martin Hubmann explains about the race. 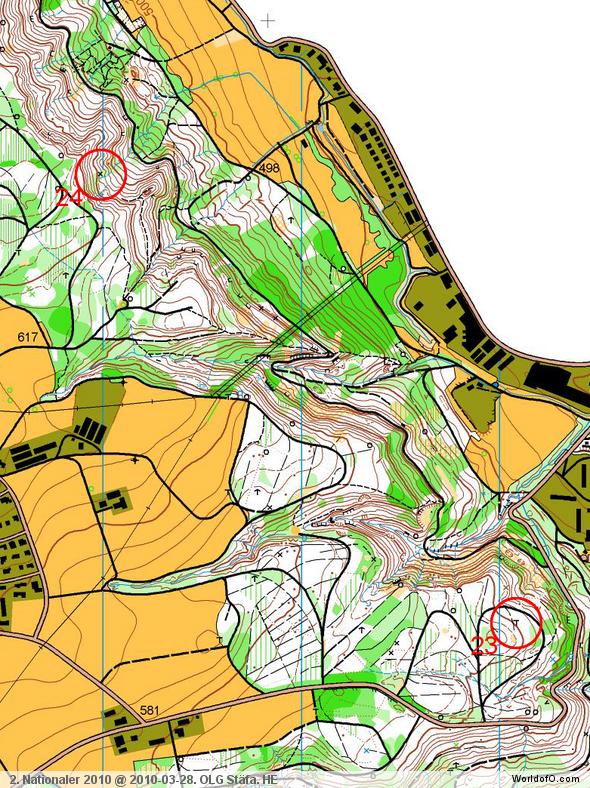 Then you can take a look at how the runners who have drawn their route choice solved this leg. As you can see, there are two main choices: Either taking the rightmost route where you drop down a steep hill and have to run up again at the end of the leg – or take the upper left route which has less ascent but is somewhat longer. I’m quite sure I would have run left – and am surprised that so many took the right variant. It looks like the left is somewhat faster, but the difference is not big (Hertner might just have had a very fast day – BTW he was DNF in the end). 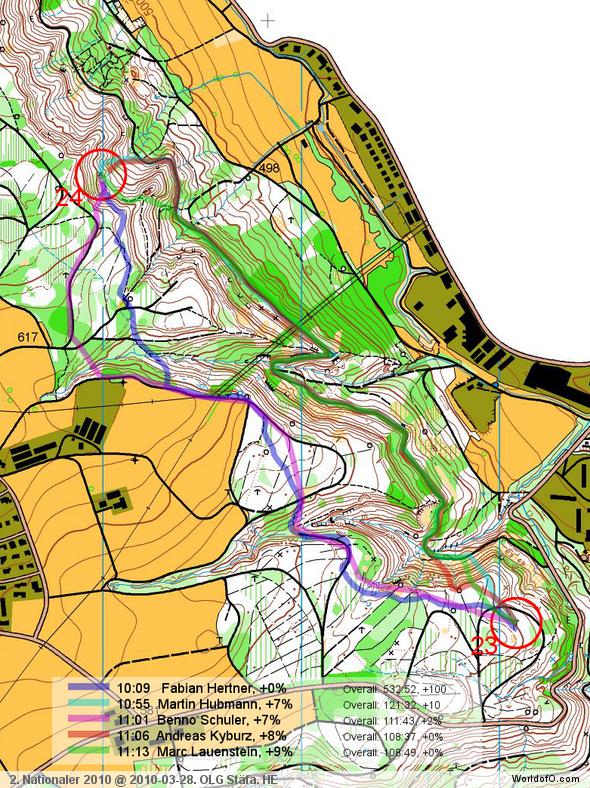 The second leg is leg number 26 in the same course. Even longer – even more challenging. What do you choose here? 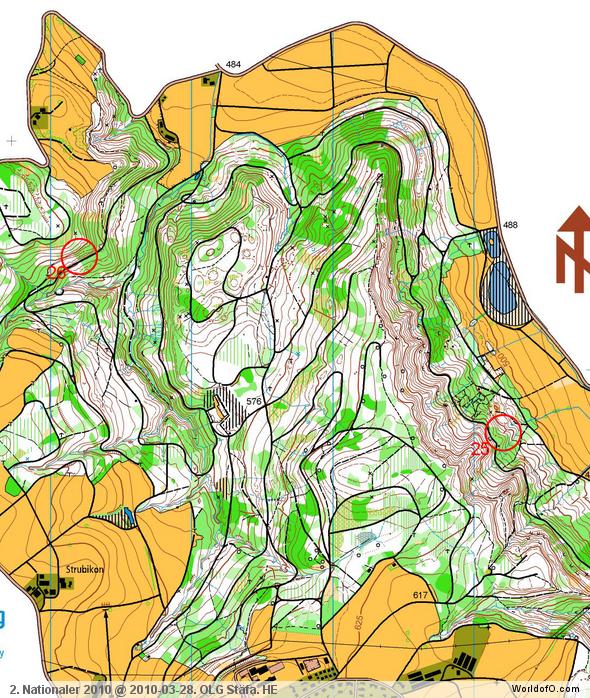 Then you can take a look at how the runners who have drawn their route choice solved this leg. Here it looks like the direct choice was a “trap” from the course planner – all the best took the flatter road around. 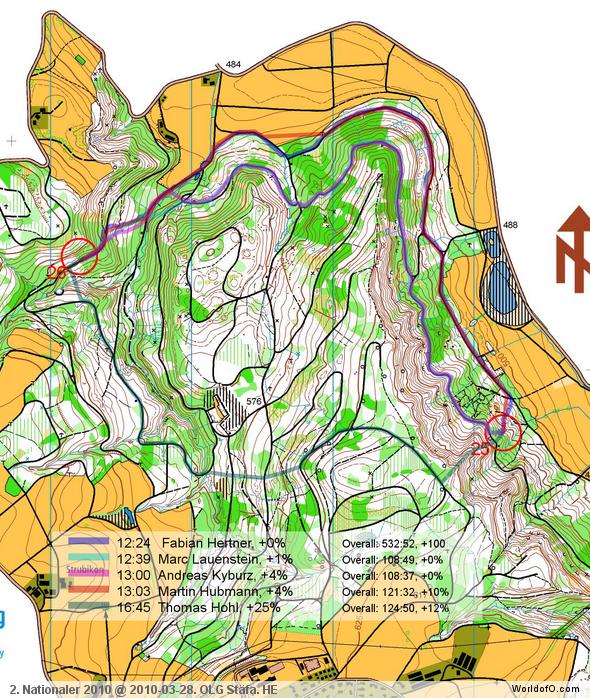 Now for something completely different! World of O’s sister-site for cross country skiing, World of XC, is testing a Fantasy World Cup type competition where you are to try to predict the “Top 5″ in both the women’s and men’s class in the coming Cross Country Skiing World Cup race. You are invited to beta-test the WhoWins by dragging athletes from athlete-list on the left to your Top 5 list on the right below. This type of technical solution and scoring system is planned to be the basis for the Fantasy World Cup in Orienteering next year (more about the scoring system at the bottom of this page).

Race preview
The first mass-start event of the year – and the stage should normally be set for Petter Northug. Is his shape good enough in order to take the victory? To Norwegian journalists he said that he is not in top shape, but he does not have to be in top shape to win. A fight between Northug and Hellner is expected – but the Russians have been very strong lately, and Dario Cologna also wants to mix in ahead of Tour de Ski. And what about Markus Hellner and Lukas Bauer?

In the womens class, Bjørgen must be counted as the big favorite – probably the biggest favorite so far this year! She is skipping Tour de Ski, and wants to get her 42nd World Cup victory in this mass-start event (or 44th, depending on how you are counting). Other favorites among the women are Kowalczyk, Kalla and Follies. Saarinen might also mix in?

Some information about the race: