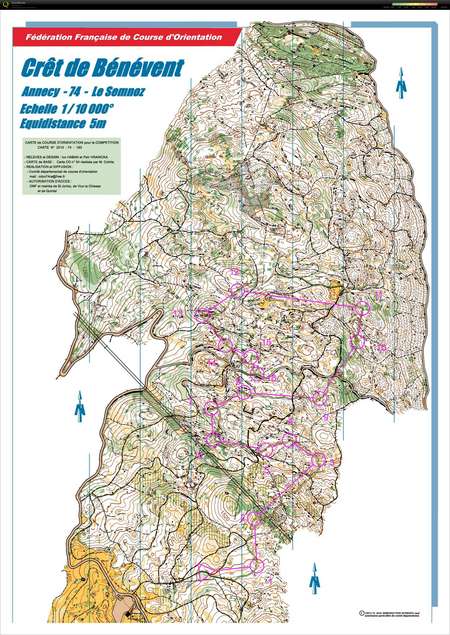 Several nations had WOC selection races in the Annecy area today on a technically challenging middle distance course today. Swedish runners took the top 3 places both in the mens and the womens class – with Olle Boström and Helena Jansson on top, respectively. In the mens class, the young Johan Runesson and Gustav Bergman followed right behind Boström in second and third spot – very impressive by the young Swedish runners. Helena Janssons victory was with more than 2 minutes ahead of Emma Claesson.

The start field was strong with national team runners from Sweden, Denmark, Czech Republic, Ukraine, Poland, Finland and France (but not Thierry Gueorgiou). 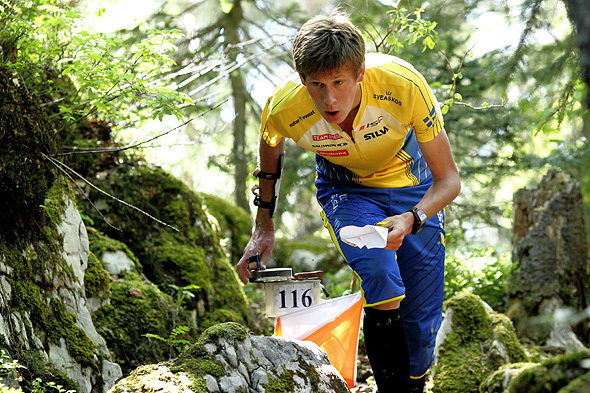 Tomorrow the scene is set for a real challenge – a long distance race on the Le Revard map. The men run 13 kilometers with 620 meters of ascent – whereas the women have 8.6 kilometers with 390 meters ascent. Thierry Guerorgiou is reported to be on the startline for Sunday’s long distance. According to Google translate, Gueorgiou says the following about Sunday’s race: – I myself prepare as if Sunday was the final of the long distance World Championships. My commitment is total, while keeping in mind that whatever happens, the road is still long after this race. 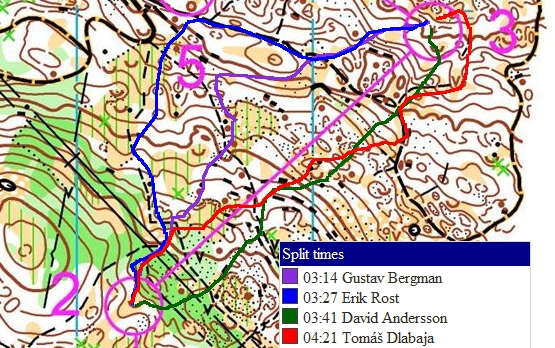 Leg 2-3 in the mens course. Split times are approximate.

The runners were met by tricky middle distance courses. Most of the courses was about accurate fine orienteering, but there were also a few longer courses with route choice options. The WOC 2011 terrain – and also the terrain of these test races – has quite bad runnability, and therefore you can often run quite long detours if you can keep higher speed and have easier orienteering that way. Above you see leg 2-3 in the mens course were it looks like it is advantageous to run around rather than run direct (although you’d need more data to be sure). 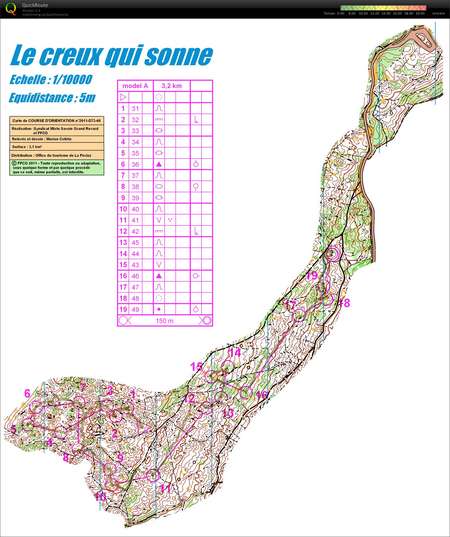 For the runners training for WOC 2011, it may be interesting to note that a new map adjacent to the WOC area has been made official for the model event (see above). This looks like another very technical terrain – somewhere between the Montagne de Bange and Le Revard in difficulty. 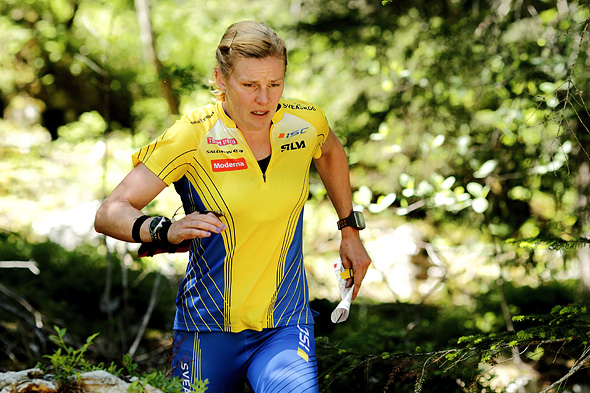