Separate Sprint and Forest WOCs: The way to go? 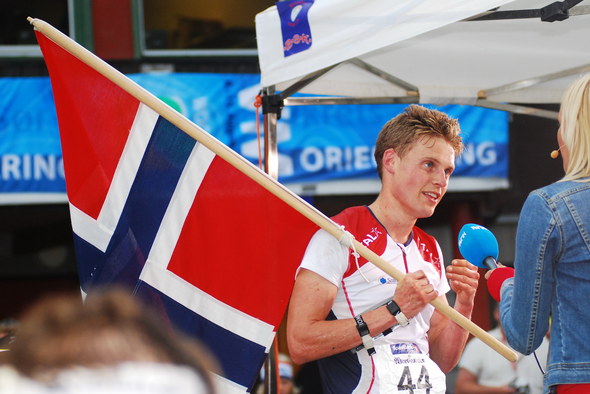 WOC in the Future: A suggestion to split the World Orienteering Championships into a separate sprint WOC and traditional WOC – organized alternating years – is finally on the table. Splitting into two different WOCs has been dismissed by the IOF in earlier discussions, but with the Swedish Orienteering Federation officially announcing a splitting into two different WOCs today, this will definitely be a topic going forwards.

– We have been contacted by WOC runners from other countries who have asked what we as a big orienteering country can do to push an alternative suggestion to a WOC program, Tom Hollowell, head of the Swedish Orienteering Federation says to Skogssport.

Here is the new program suggested by the Swedish Orienteering Federation:

These two WOCs are to be organized every second year; i.e. one year the Sprint WOC – the next year the Forest WOC.

Here is the suggested program by the IOF:

What is your opinion on the suggested WOC program? Either vote now – or read my list with Pros and Cons below before deciding.

I was recently asked by some “decision makers” to give some facts and opinions on splitting the WOC into two separate parts based on this article I wrote earlier – a sprint WOC and a traditional WOC – to be organized alternating years. Below are my Pros and Cons as it was written:

Advantages related to the forest WOC

Advantages related to the sprint WOC

I may have missed some here as I might have been focusing more on the advantages – please let me know in the comments and I’ll add them here.

My conclusion in my e-mail was that there are more arguments for splitting into two WOCs than against it – and that is still my opinion. But as always I challenge the readers to come up with arguments that I have not thought of.

Finally I want to pinpoint that all disciplines which are to be included in a WOC should be tested properly before the program is decided – including forking method which works for the chosen start form.

PS! The Swedish Orienteering Federation call this “a completely new and radical suggestion”, but it has actually been up in discussions many times already – for example in this article from August last year. It is not my original suggestion, though, but I have been advocating it as one of the most obvious solutions to the WOC in the future “problem”.

Don’t forget to scroll up again and vote!

Jan Kocbach is the founder of WorldofO.com - taking care of everything from site development to writing articles, photography and analysis.
@jankoc
Previous GPS Tracking from Runners Choice Test at Camp Norway
Next Course of the Year 2011: Submit your suggestions!