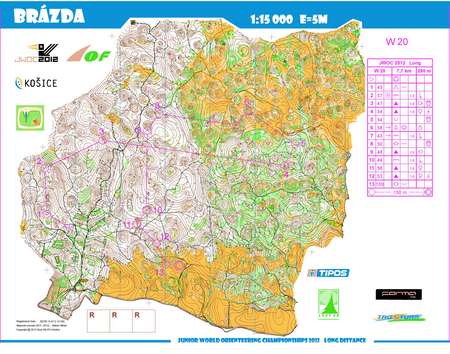 The tricky courses in today’s JWOC long distance did give many big problems. Worst hit was big favourite Tove Alexandersson who missed 16 minutes at one control. Gold went to Eskil Kinneberg (Norway) with a close to error-free race and Kirsi Nurmi (Finland).

– My tactics was to start slowly to have power left in the end, the Norwegian winner in the men’s class, Eskil Kinneberg, said to orientering.no after the race.

Just as Kinneberg started, the weather changed from sunny weather to rain and thunder – making it tricky to read the map in the forest.

– I have not done any mistakes technically, but I had to lower the speed into some controls because it was so dark in the forest.

Below you see the open part of the M20 course – the part of the course where Kinneberg decided the race for gold with strong legs to 6th and 7th and also a good phi loop (forking). 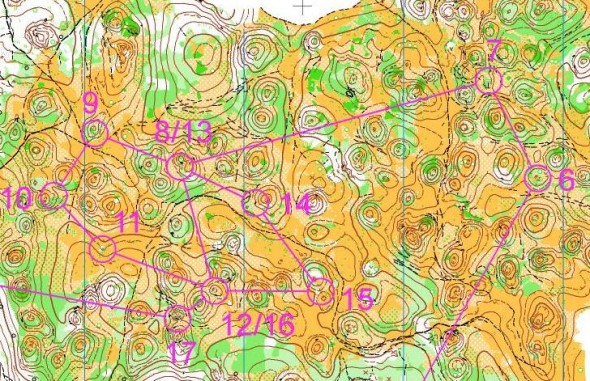 The race development among the Top 6 is shown below (note that there is forking between control 8 and 16, and thus you must disregard this in the splitsbrowser). Ødum had a strong start of his race – being in a clear lead when entering the open area. The leg to number 8 cost the Dane more than one minute, and the long legs after the forking were also though for the Dane – who was caught by Kinneberg with two minutes towards the end of the race. 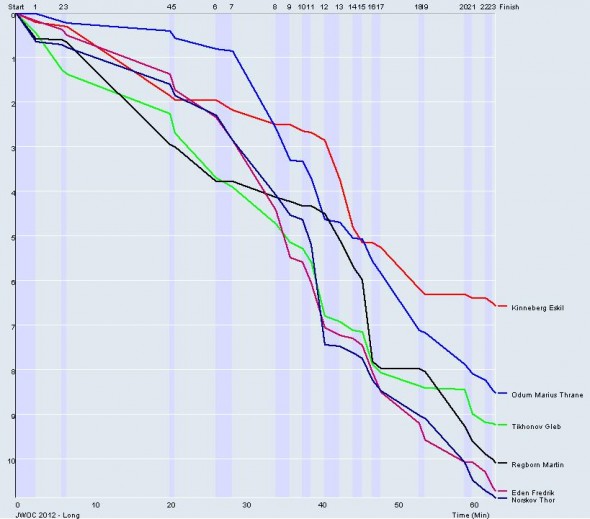 – Not suspected to be this high up

Among the women a surprised Swede Frida Sandberg took the silver medal behind the clear Finnish gold medalist.

– At one leg I did not have control about my whereabouts, and I lost a few minutes. In another place I lost three minutes at a control. With these big mistakes I had not suspected to be this high up, the Swedish JWOC debutant explained to orientering.se.

Third in the women’s class was Emily Kemp (Canada) – taking Canada’s first ever medal in the Junior World Championships. Emily Kemp’s 3rd place is the best ever result at JWOC for a North American, according to Team Canada. Samantha Saeger of the USA was 8th in the long distance in 1999. Emily [Kemp] is the third non-european ever to [win a] medal at JWOC. [Troy de Haas grabbed Australia’s first medal (bronze in Bulgaria) and Hanny Allson won more recently. Thanks to Kay H. for the correction.]

Team Canada explains part of the way towards success for Kemp in the following way.

– For the past two years she has been attending university in France and training with members of the French national team. Emily’s goal was to place in the top 6 at JWOC this year.

Kemp has just been recovering from a bad tendonitis in her knee, and on the Team Canada page the Canadian JWOC bronze medalist explains how she has worked hard mentally to keep on top of the situation.

– There has been a lot of pressure before the JWOC but I have been talking it over with the coaches and with Thierry Gueourgiou and the advice I got was to concentrate on the orienteering technique and the results will follow.

Looking at the race development in the women’s race (see splitsbrowser below), Alexandersson was on a clear gold course before missing her 16 minutes at the 10th control. Of the other runners, Emily Kemp had a very strong start of the race, being on gold course until control number 5. Her big miss at number 6 nearly cost the Canadian runner the bronze medal – but she made her day with a strong finish. A lot of mistakes in the women’s race overall – the winner time was more than 6 minutes behind “superwoman”. 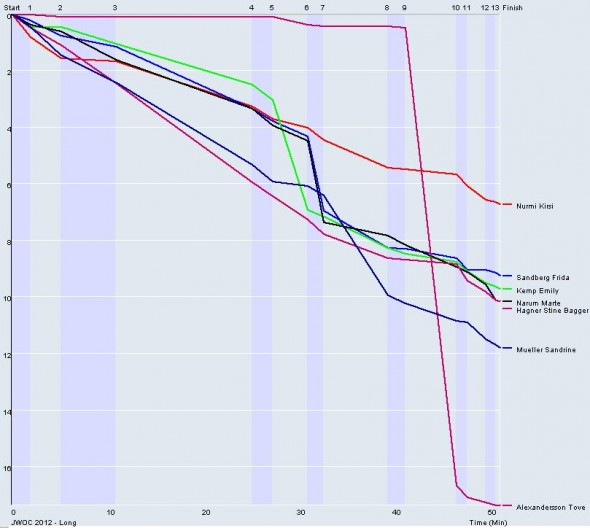 The 10th control was the problematic one for Swedish superstar Tove Alexandersson. After having a 5 minute lead, 16 minutes disappeared here… 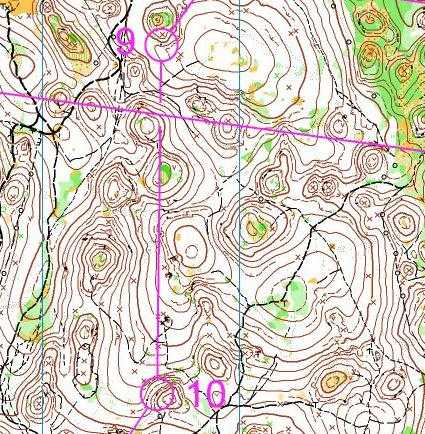 You find the maps here:

Jan Kocbach is the founder of WorldofO.com - taking care of everything from site development to writing articles, photography and analysis.
@jankoc
Previous JWOC Sprint: Maps and Results
Next JWOC Middle Qual: Maps and Results