Good routechoices on the long legs and good technical orienteering was the key when Matthias Kyburz and Ida Bobach won the World Cup long distance in Halden, Norway today.

The courses had some interesting long legs – and in the end the routechoices decided the races as shown in the analysis below. Scroll down for results and maps/GPS-tracking.

In the men’s class there was a crucial 2 kilometer route choice already to the second control. Either go straight or run 2 kilometers on asphalt around. Matthias Kyburz used his strength and took the asphalt – although he was not certain at the time.

–  The first control was diffuse, and then to the second control I decided to run 2 km on asphalt. I was unsure it was the correct choice, the Swiss winner commented after the race.

As the illustration below illustrates, the straight route choice lost you around a minute – and that is a lot.

Some BIG names losing A LOT of time on being tough and going direct to 2nd control in #WCup #Orienteering today! pic.twitter.com/FJTUHrlydV

Kyburz continued to run very fast, and on the 3.2 kilometer leg to control 6 he caught Thierry Gueorgiou who started two minutes ahead.

– On the road to the second control I had a lot of time to take the correct choice on the long leg to the 6th control, Matthias Kyburz commented.

Gueorgiou however took non-optimal routechoices both to the second and to the sixth control – making it possible for the Swiss runner to catch him. The rest of the race Gueorgiou and Kyburz were together – also catching William Lind towards the end of the course.

WCup Long Men: MKyburz wins ahead of Gueorgiou. This is were the race was decided, two long legs #reallongdistance pic.twitter.com/ySkilO7TRn

Nobody else got close to the duo, although Gustav Bergman did a very good race, finishing in third 2:33 behind Kyburz. Daniel Hubmann finished 4th at +3:39 and early starting Olle Boström did an excellent comeback, finishing 5th at +3:55.

Tove Alexandersson had a very good start of the race, and it looked like she was heading for her fourth straight World Cup victory, building up her lead second by second even if she did not take the best routechoice on the first long leg.  However, she had to give away the lead at the 5th control were Alexandersson was one of many runners struggling in the diffuse forest. Alexandersson lost only around 1:15, but enough to let Ida Bobach take over the initiative.

– I took my time to take good choices on the long legs. Maybe I should have run a bit more around, but I think I did good routes, Ida Bobach commented after her race.

And according to the GPS, Bobach did good choices. In the following Alexandersson continued to run fast, but with Bobach running a good technical race and Alexandersson not choosing the optimal routes, the scene was set for Ida Bobach’s second World Cup victory – the first on long distance.

– I felt really strong today, Bobach commented. I did not feel really fast, but I felt strong.

Many of the women made mistakes, and in the end the gap down to Mironova in 3rd was more than 5 minutes. 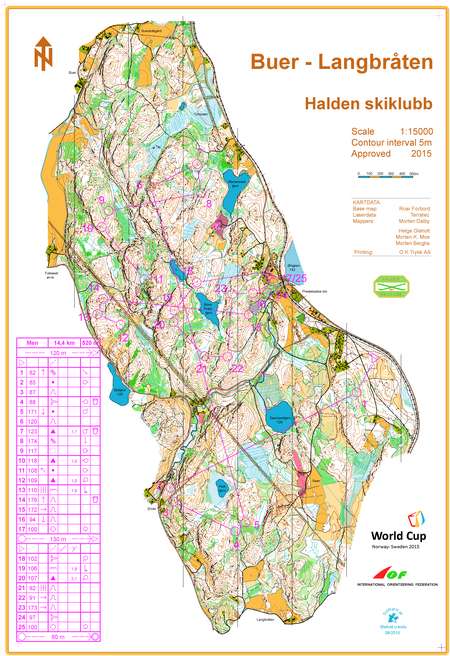 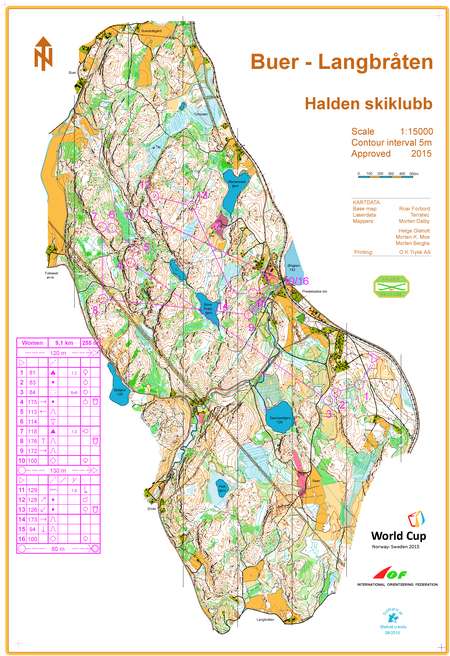 Judith Wyder was in second at Radio 1, but her mistake was even bigger than Tove Alexandersson's! pic.twitter.com/u2HqrQMT8q

WCup: Kyburz wins ahead of Gueorgiou – but what would have happened with 3 minute start interval and less groups? #fairness #nooneknows

Jan Kocbach is the founder of WorldofO.com - taking care of everything from site development to writing articles, photography and analysis.
@jankoc
Previous Where would you run? Women’s Long leg 3-4 WCup Halden
Next World Cup Long Men Halden: Routechoice Illustrations Leg by Leg