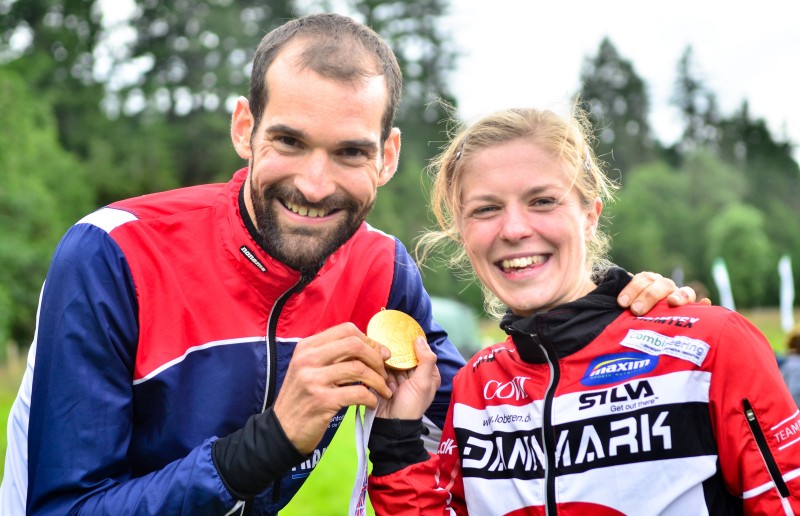 [Updated with maps and splits analysis] The King is back – and Ida Bobach could very well be the new Queen of the long distance. After 99 minutes of running in the men’s class, the gap was only 25 seconds to silver. In the women’s Bobach had a “massive” gap of 2:44.

In a very exciting long distance race in real Scottish wilderness Thierry Gueorgiou and Ida Bobach were the strongest and smartest. World of O will come back with more analysis of the race later. And a BIG thanks goes to the organizers for getting up the Internet for me in the last minutes here in the arena!

Close fight for the medals 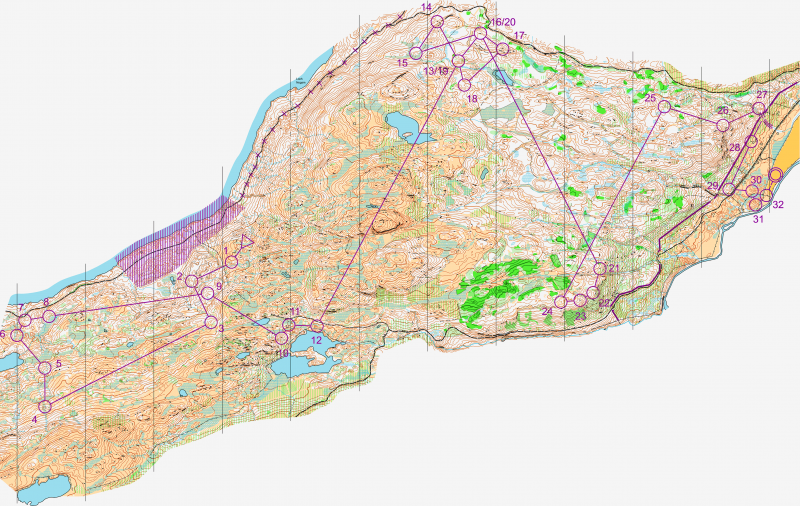 The fight for victory was close; Daniel Hubmann (lost 37 seconds at leg 2, finished 25 seconds behind in 2nd) and Fabian Hertner (lost 2:17 at leg 21, finished 1:58 behind in 5th) were only one control away from beating Thierry Gueorgiou.

What a thriller & story setup! World of O will come back with GPS-data showing why the lead changed – for now this only tells how.

Daniel Hubmann lost 37 seconds or less to the leg winner on all legs – that was least of all runners in this race. 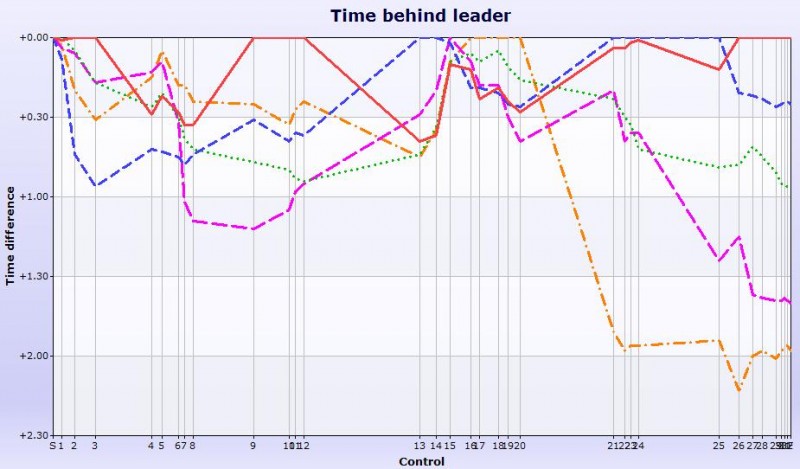 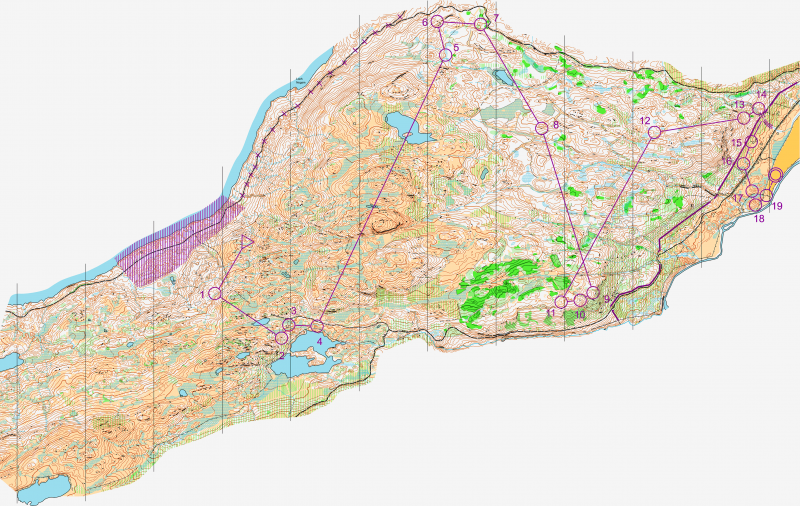 Tove Alexandersson took the lead at the first control and stayed in front until control 8 where she had a 50 second mistake – and thus Ida Bobach could take over the lead and keep it until the finish. Alexandersson was not finished with mistakes though – at the long leg to control 12 she lost more than 3:20, also losing the fight for medals. Even her high speed in the end was not enough to get past Mironova.

Note also how Anne Margrethe Hausken Nordberg was in the fight for medal, but lost nearly 5(!) minutes on the long leg! Looking at the highest level of each runner, i.e. only considering the 50% of the legs with best performance, Ida Bobach (1st) showed the highest top level followed by Tove Alexandersson (4th) and Anne Margrethe Hausken Nordberg (7th). 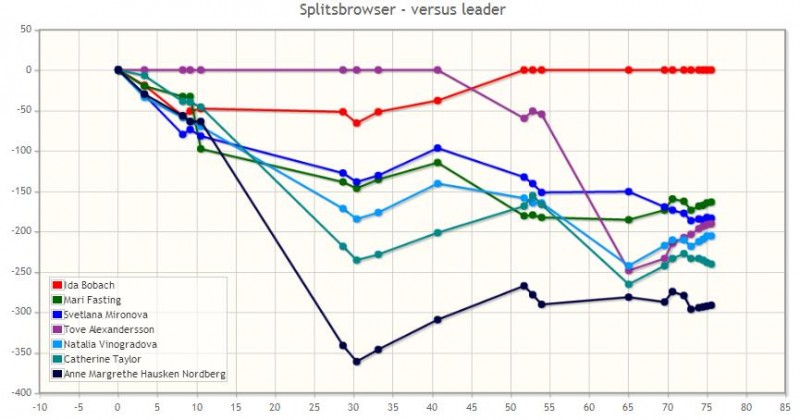 Comparing Tove Alexandersson’s race with the race of Ida Bobach (see below), one can see that Alexandersson was fastest on 13 of 20 legs. Alexandersson had two really bad legs – one costing 1:38 compared to Bobach and the other 3:14 compared to Bobach. Thus Alexandersson run with the highest speed – but maybe with too high risk? Nevertheless impressive speed and power of the Swede who has had injury problems this World Championships and not been able to start since the sprint qualification.

Gueorgiou: – I am getting old, so I have to work hard to battle with the youngsters. #stillgoingstrong #WOC2015 pic.twitter.com/ueb8Ht2TuN

Jan Kocbach is the founder of WorldofO.com - taking care of everything from site development to writing articles, photography and analysis.
@jankoc
Previous The Crucial Second Last Control: WOC Middle 2015
Next WOC Long 2015 Men: The BIG analysis!