Today’s leg in Route to Christmas is from the Baltic Championships Long in Latvia near the city of Rēzekne on the Tartaks lake map. This is fascinating terrain, and a great course with many nice and long route choices made this a day to remember. The chosen leg is the 19th leg in the M21 course.

Big thanks today to Janis Tamuzs for the tip and the full analysis – this kind of input makes the job so much easier!

The Baltic Championship is a traditional race in the Baltic region where Estonian, Lithuanian, Latvian orienteers meet every year – the last couple of years joined also by the St. Petersburg and Belarus teams, making it perhaps the second strongest regional championship in the world after the European Championship.

One of the most decisive leg was a leg in the second part of the race – the leg from control 18 to 19. The leg is as usually first provided without routes – you may take a look at it and think about how you would attack this leg (if the image is too small, you may click on it to get it larger): 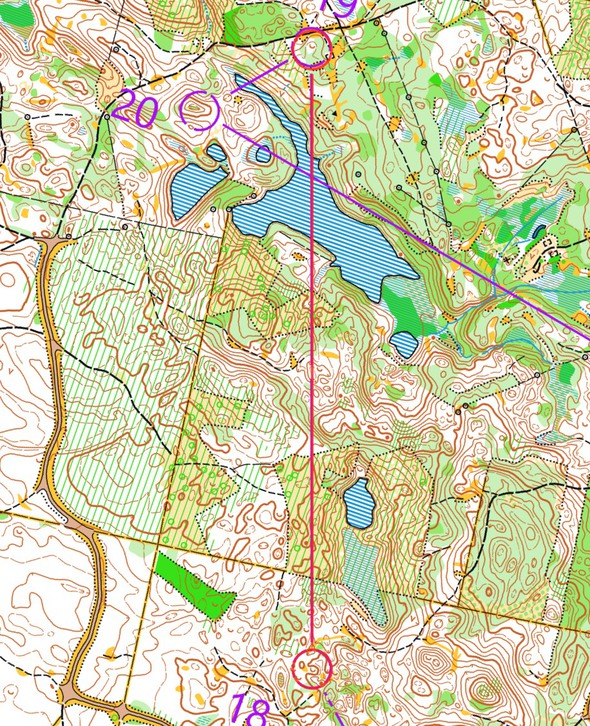 Then you can take a look at how the runners have solved this leg below (analysis below the two first map images). 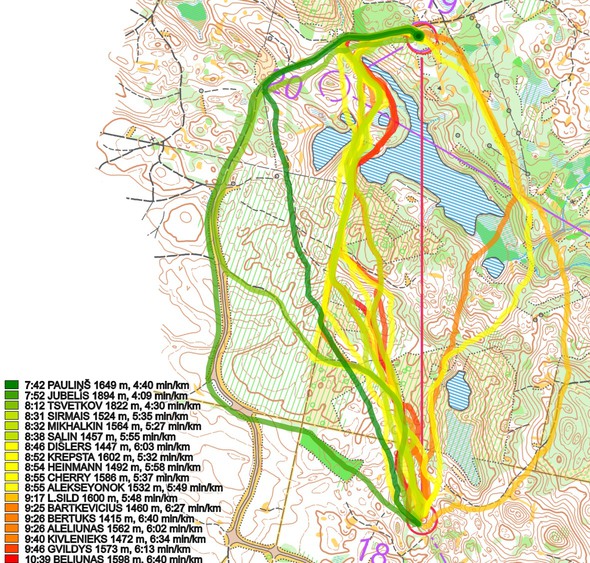 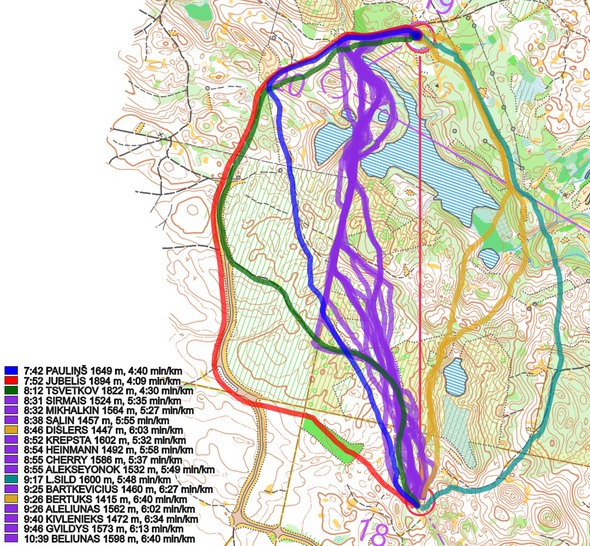 Clearly the different routes to the left where the fastest – either using the road a lot like Jubelis, or using a combination of the small and large path in a more direct approach like Paulins. The map does give away that runnability is worse straight (both due to hills and various vegetation features), so it is no big surprise that straight is not fastest here for somebody looking at this from behind the computer. Maybe the reason that the runners overlook it is the shape of the unpassable marsh just ahead of the control, making it necessary to make a quite big curve on the “straight” route?

Here is Janis’ analysis about how this affected the race –  and with some more details about the different routes (see route comparisons further down):

Going left and using the roads was clearly the best option and it was well used by Andris Jubelis [7:52; 2nd; 3rd] (Latvia) and Dmitry Tsvetkov [8:12, 3rd, 5th] (St.Petersburg) who climbed a few places and Jubelis even finished third in the end even if he was only 9th at control 18. 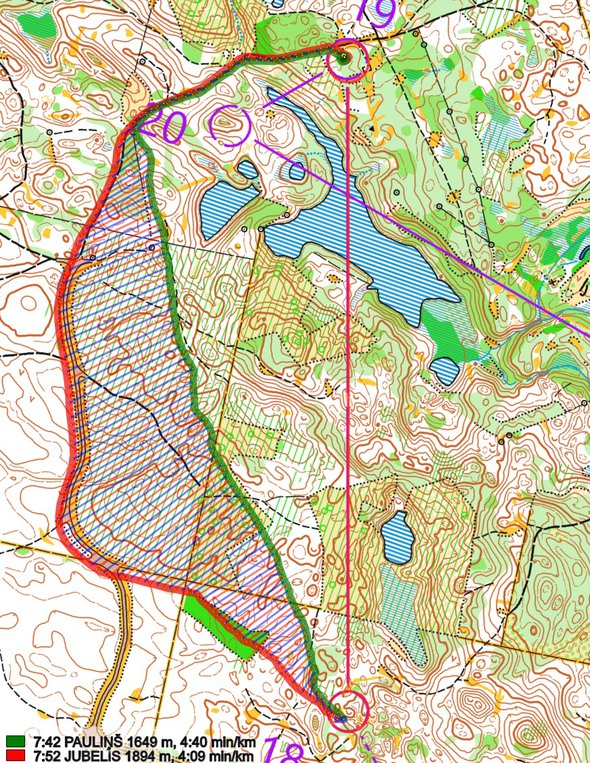 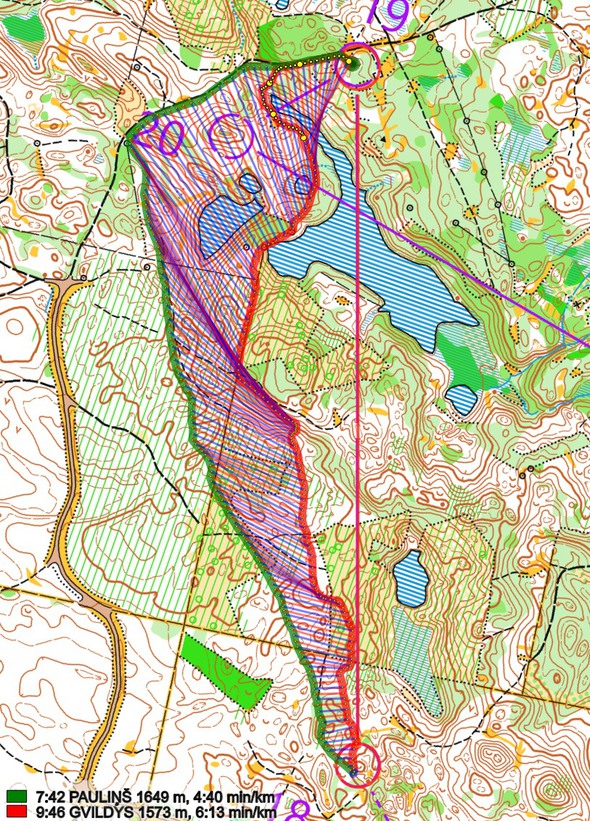 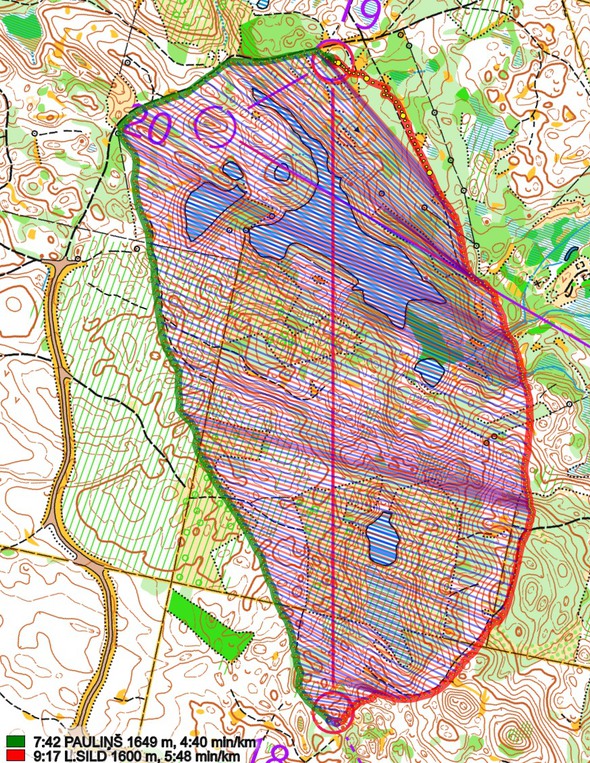 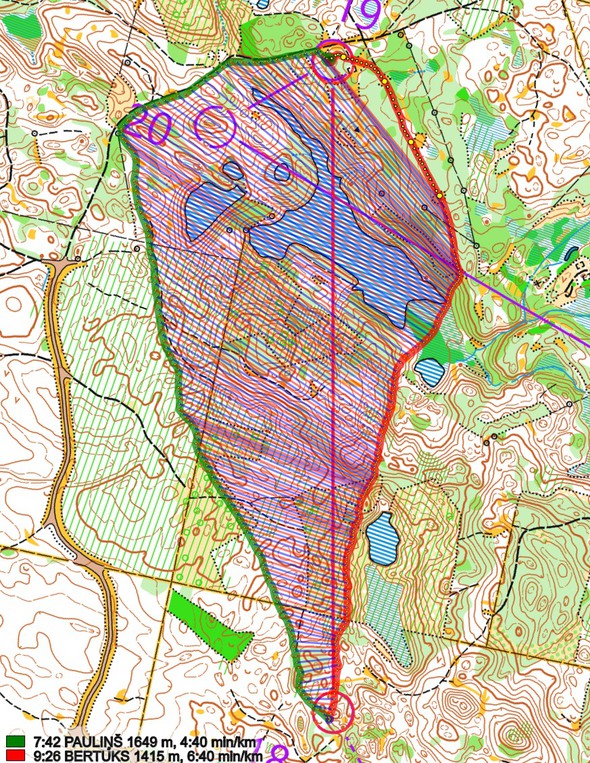 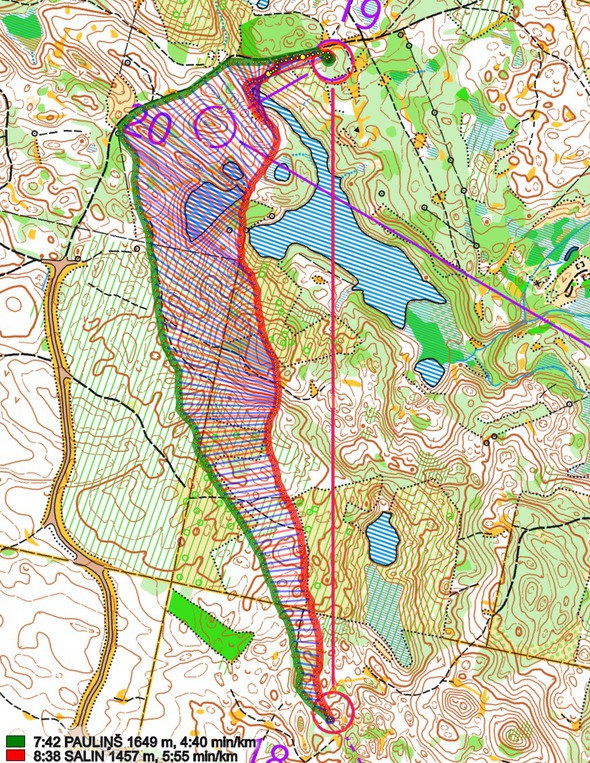 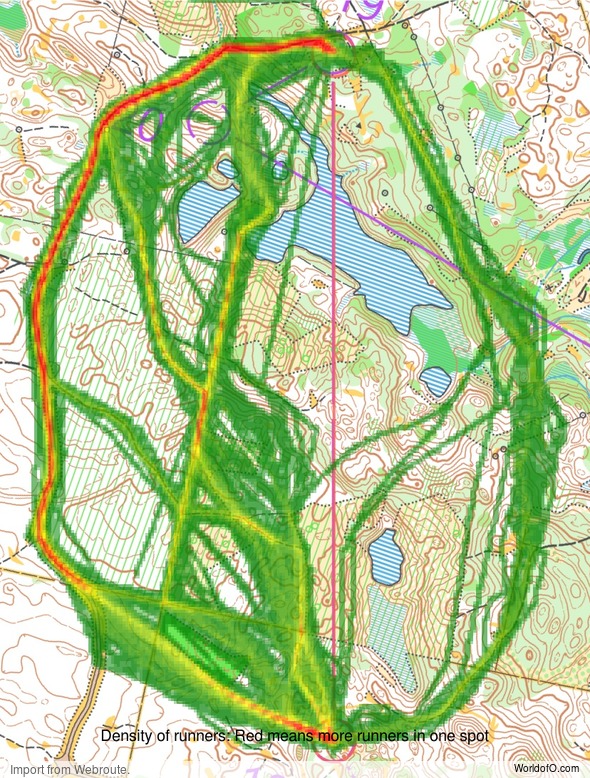 The Route to Christmas series is a pre-Christmas tradition at World of O – giving the readers the opportunity to do one Route Choice Challenge each day from December 1st until December 24th. If you have got any good legs in GPSSeuranta or 3DRerun from 2018-competitions – or old forgotten ones which are still interesting – please email me the link at Jan@Kocbach.net, and I’ll include it in Route to Christmas if it looks good. Route to Christmas will not be interesting if YOU don’t contribute.