Jan Kocbach October 25, 2019 Orienteering News Comments Off on World Cup China 2019: All You Need To Know 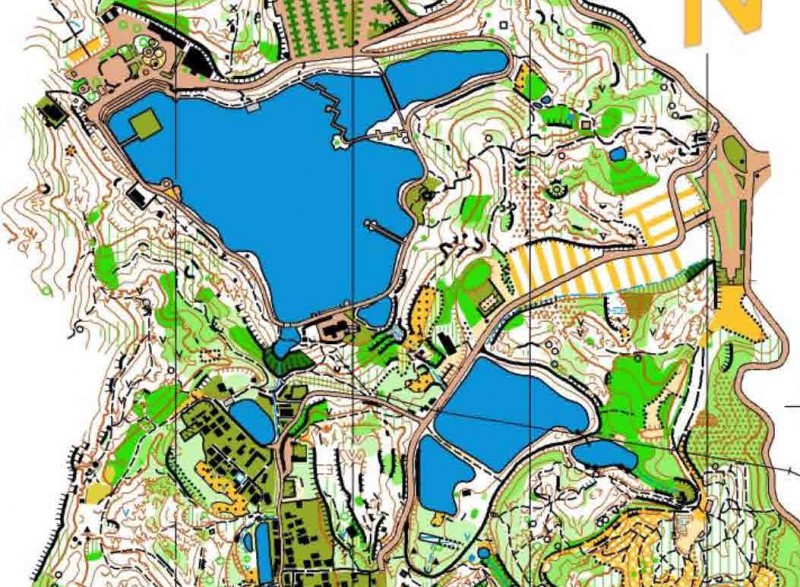 China wants to show spectacular landscape and interesting orienteering to the world: The Xiqiao Mountain where the Middle distance is organized is an extinct volcano which is renowned as a best national tourism scenic spot, national forest park, national geological park and a national important scenic spot. The Nanhai Movie & TV Town where the Sprint Relay is organized is a movie & TV production base with an area of over 1 million square meters built by CCTV where over 500 movies and TV programs have been filmed – now they can add the orienteering World Cup to this list.

Songtang Village were the final sprint is organized has houses built in rows in front of mountains, with more than 100 alleys facing a pond. Regarding the terrain, the Bulletin points out that “The terrain of Nanhai District is generally high in the northwest and southwest, and low in the middle and southeast”.

See below for a few videos from one of the “crazy sprint terrains” in the area from Norwegian runner Kristine Fjellanger.

World Cup leaders Tove Alexandersson and Gustav Bergman (both Sweden) are accompanied by around 120 men and 100 women – approximately the same number of runners as in the second World Cup round in Switzerland earlier this month. The first two World Cup rounds were organized in tough forest terrain in Finland and Norway, whereas the third round in Switzerland and this fourth round in China are more suitable for runners who can keep high speed on hard surfaces.

Although the Middle distanse is organized in forest terrain (see part of the old map above), it is still expected to favor fast runners as the forest is dense, there are lots of paths/roads on the map, and path/road running may well be found to be the preferred route on many legs.

The main favourite in the women’s class is – as always – Tove Alexandersson. With 7 of 7 World Cup wins this season the fantastic Swede has already decided the overall World Cup.  The Swiss women with Simona Aebersold in front and Natalia Gemperle will probably be the toughest competitors for Alexandersson.

Thus Bergman has exceptionally good cards on his hand, but on the other hand all the three runners closest to him have their strength in sprint races and fast middle distance races – and thus Bergman still has to go out and battle to take home the overall World Cup.  An athlete can get 200 points (100*2) in the final weekend, and both these results count. From the first 7 competitions, the best 6 count. 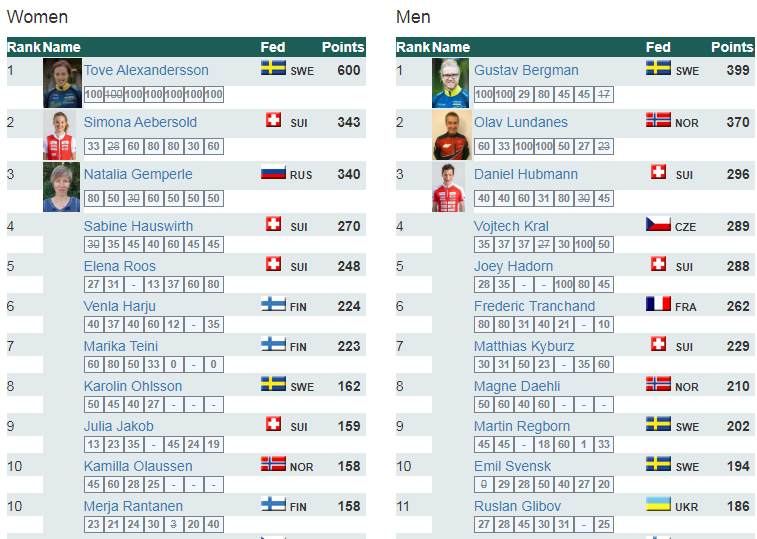 All 3 competitions will be covered with full high-quality Web-TV broadcast with the same producer as used in most of the orienteering TV broadcasts the last years. In addition the usual live services (live results, GPS tracking etc.) will be offered. All live services are now offered via orienteering.sport. WebTV has a cost of 16 EUR for all races or 6 EUR per race.

The terrain is on a mountain plateau with generally moderate slopes. Mostly native forest, with some areas of villages and developed parklands. There is a wide variation in vegetation but most forest areas have fair to good runnability. There is a dense path network. Some of these paths have stone paving, which can be very slippery when wet.

The Nanhai Movie & TV Town is a movie & TV production base built by CCTV. It is located in Shishan Town, Nanhai District of Foshan City, with an area of over 1 million square meters. It is a scenic spot in a combination of movie & TV shooting, tourism, outdoor activities of team building, wedding photo shooting and branding display. Over 500 movies and TV programs were filmed in this Town.

The terrain is based on an open-air film studio complex with numerous replica townscapes and temples, combining the landscape of a city park and suburban park with strong cultural atmosphere. There is both planted and natural vegetation, with some small areas of open forest depending on route choice. Very good runnability.

All federation in sprint relay can start with a maximum of 4 teams. Each team consists of 4 team members of whom at least two must be women. Only the best team of each Federation will count for the World Cup result list. 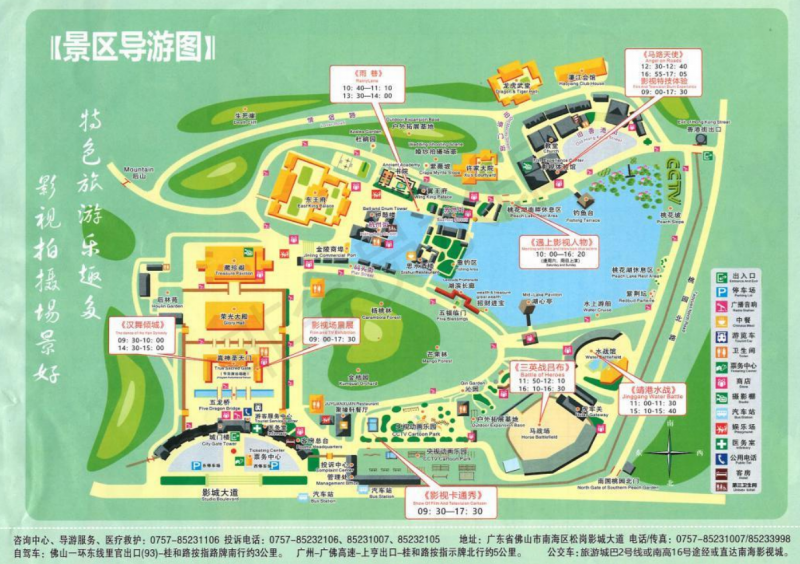 Sweden is probably the winner of the 2019 Team World Cup after 3 of 3 victories. The only possible scenario for Switzerland to reach to the top is if they win the final Sprint Relay and if Sweden gets disqualified. Then,the two teams will end up with 300 points, but Switzerland will win the total due to highest placing in the final competition. 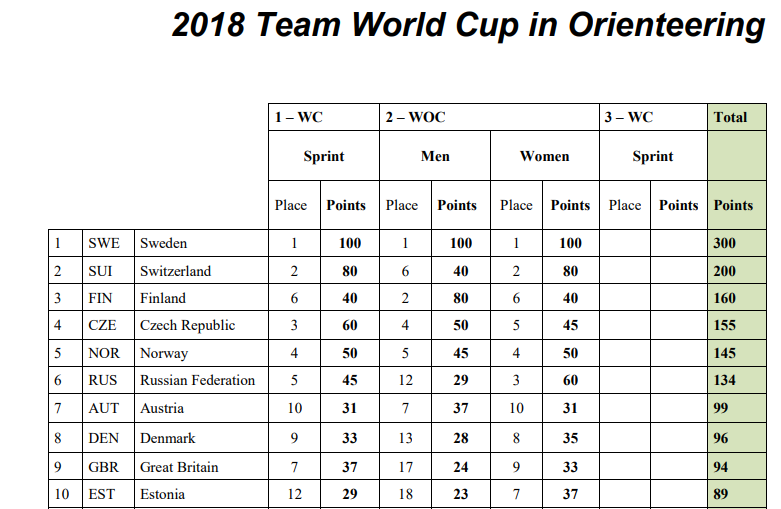 Songtang Village, located in Xiqiao Town, Nanhai District of Foshan City, started its story since 800 years ago. During the year 1225 to 1264 in Song Dynasty, a man called OU Shilai, the son of a Confucian scholar OU Guilin, moved from the a city in the north part of Guangdong Province to this village and started his new life here. Houses in Songtang Village were built in rows in front of mountains with more than 100 alleys facing a pond. It is a nice place with beautiful natural environment.

The terrain consists of ancient villages with both traditional and modern architectural styles – with areas of farmland, rough open land and ponds between the built-up areas. The alleys are quite narrow, mainly paved. The terrain is generally fairly flat.

To allow for both men’s and women’s fields to receive TV coverage, there will be a 1-hour break in the women’s start list, between the 41st and 40th ranked competitor. 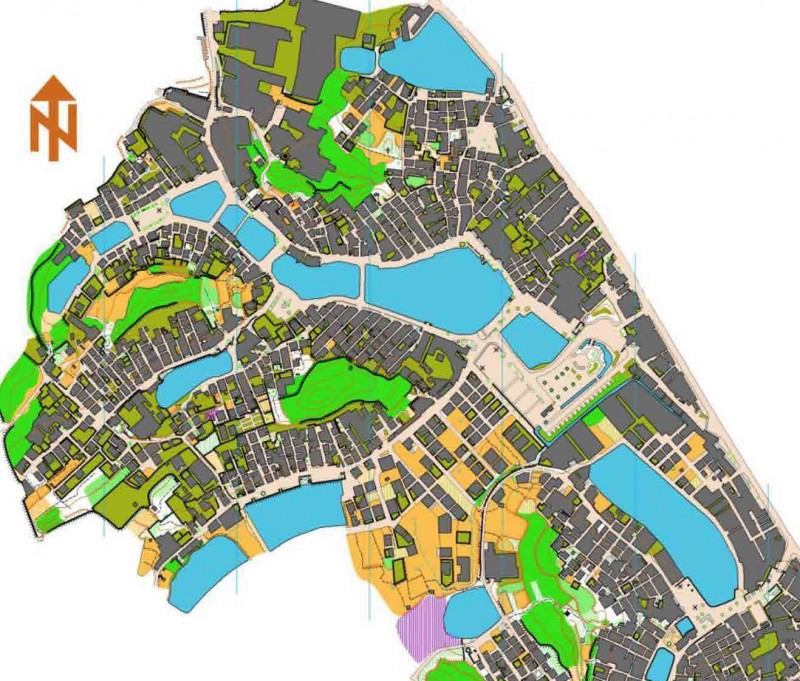