Today’s leg in Route to O-Season 2020 is from Switzerland in October 2017 – from the 9th National race at Mount Rigi. The chosen leg is the 11th leg in the M21E course. Thanks a lot to Sven Aschwanden for the leg and a long analysis text!

Sven writes the following about the course and terrain:

The course was a shortened long distance with a winning time of 65 minutes. Course setter Kornel Ulrich, himself a former elite-runner, set a course with several bigger route choices alternating with shorter legs in more detailed terrain. After approx. 20 min of race time the runners arrived at this route choice. The terrain at the well-known Mount Rigi in central Switzerland is typical pre-alpine terrain, which means that there is in general good runnability.

What’s to say about the terrain at Mount Rigi is, that it might look quite stony in some parts but actually apart of the big stones shown on the map there are no stones on the ground which would slow down the running speed. However, for the choice of your route you have to take into account that the grassland/meadows (the yellow on the map) is heavily “marked” by cows, so there are many cow tracks following the height, but they are quite bumpy and the grassland is somewhat rougher to run through at it might look at the first sight.

Then you can take a look at 4 alternatives A-D for Sven’s analysis here. Routes: 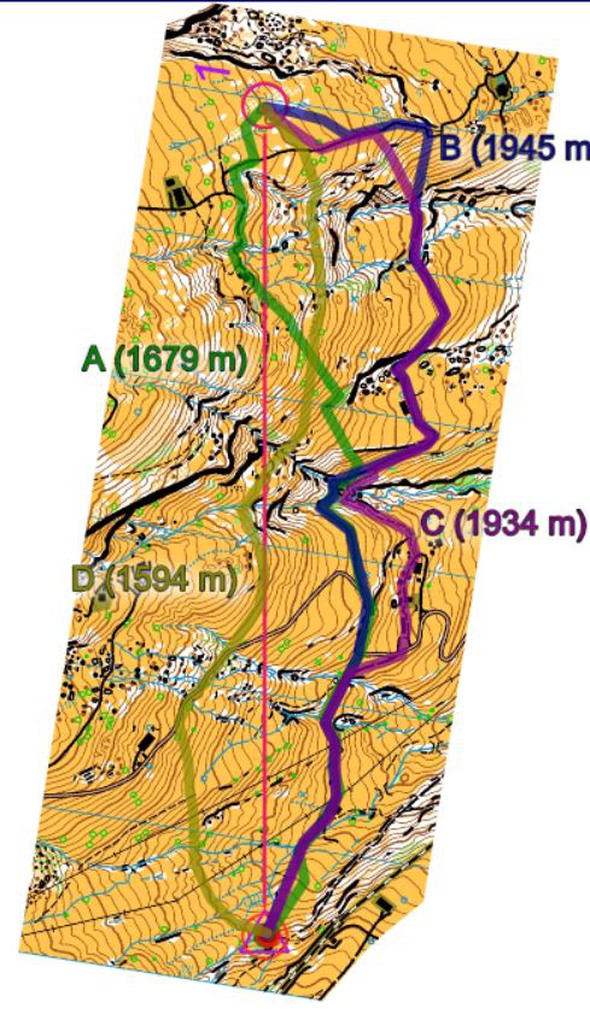 Analysis by Sven: The analysis is based on GPS-tracks, self-drawn routes of the runners on Routegadget and the experiences made running the same leg some weeks after the official competition. Please note that not all of the top-ranked runners on this leg uploaded their GPS-track/drawn their route on Routegadget. Fastest on this leg was Joey Hadorn with a time of 11:35 min, but as his route is not available, he was not taken into account in the analysis.

Fastest was A, run by Pascal Buchs. A is about 270 m shorter than the B and C alternative and has, as B and C, the advantage of running a lot on paths. However, a significant part of the climb (150 m out of 215 m HD+) has to be done in the same slope. Buchs is a very skilled trail and sky runner so this choice might be fast for him but maybe less for a more average runner.

Not much slower than A were the B and C options, run by Ueli Werren and Simon Hodler. Both options are quite a lot longer than A but they include a bit less of climb and especially the climb is better to handle as the longest and steepest climb counts “just” about 100 m HD+. Almost whole of the route can be made on paths.

In my opinion worth a look is the D option which was run by no one of them who shared their route. D is the shortest option and has significantly less climb than all the other options. In addition, the climb is split up and has not to be made at once. However, almost no path-running on this route. Taking into account the partly bumpy underground, this lowers the speed, as the several small ditches which have to be crossed do as well. In addition, running of the paths means constant map contact, which lowers the speed too. But in a open terrain like this, map contact can be reduced a lot by lifting the head and making use of the good visibility.

There are some negative points about the D option but regarding that it is much shorter, has less climb than the others and that the passages between the cliffs were very well runnable, I would guess that this can be the fastest alternative.

You can look at the whole course and also the W21E course following this link: http://www.routegadget.ch/binperl/reitti.cgi?act=map&id=241 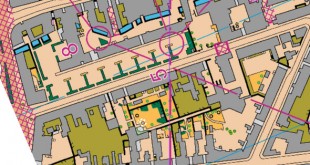 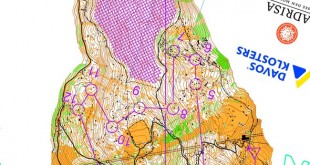 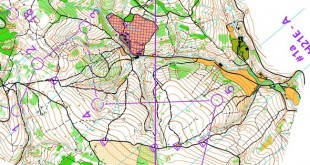 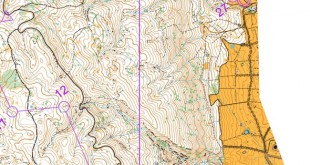