Today’s leg in Route to O-Season 2020 is one of the real highlights of the long legs in World Orienteering Championships the last 15 years: The long leg in the men’s class from WOC 2008 in Czech Republic.

Thanks a lot to Tomas Sokol for the tip and for route choice analysis from the WOC magazine from WOC 2008 media responsible Petr Kadeřávek. 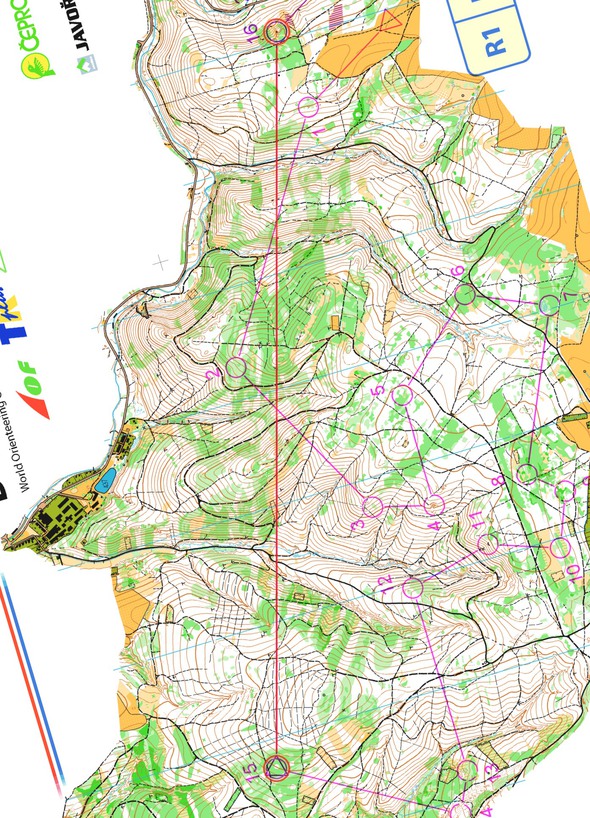 Then you can take a look at how the runners have solved this leg below. See the analysis from the WOC 2008 magazine below the map. 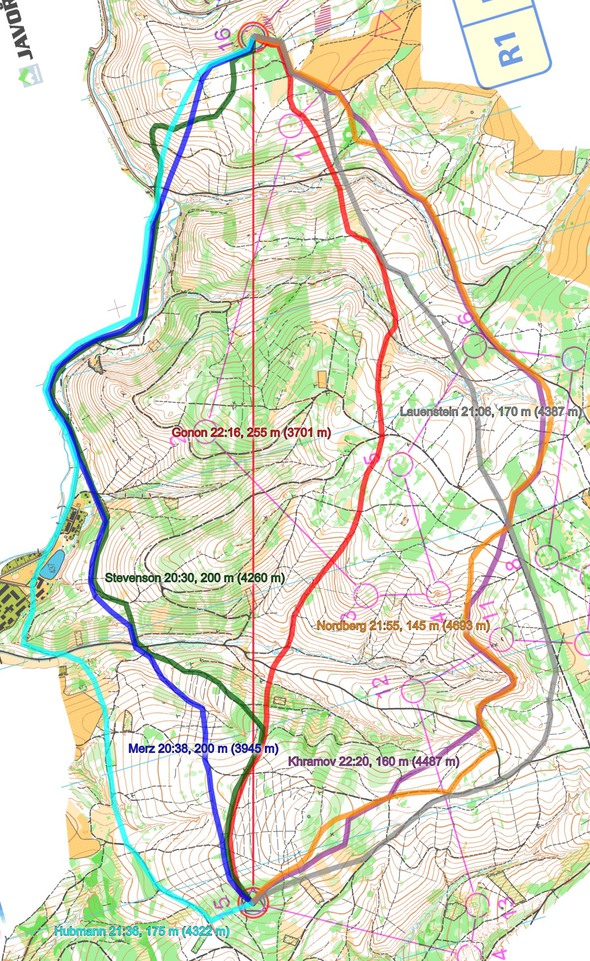 The competitors first saw the longest leg of the course only at its beginning, after the map exchange at control 15, so they had no time to think it over. Now it was Stevenson to excel with the best split-time of 20’ 30’’ [Editors comment: Left was clearly faster] which brought him from 16th position to fifth! He chose almost the same route as Dávidík, only at the beginning instead of running down into the side valley, he passed it by, taking the path on the ridge on the right side. Dávidík, however, got left behind by only 19 seconds. Merz reached almost the same split-time (20’ 38’’) as Stevenson on a similar route, he only ran down into that valley more directly and in the end he ran up the slope straight from the road, not using the zig-zagging path.

The same split-time was achieved by the Bulgarian Nikolov who before followed the left paths on leg 15, which was too long, and got thus caught by Merz, who trailed him up to the finish for a surprising 12th place. Also other competitors running together reached a time under 21 minutes – Efimov who got ahead of Haldin (by taking almost the same route as Merz), and also Fraser towed by Dávidík. Out of the top six of final results, also Hubmann ran along the asphalt road, but from the control he ran down to the lower path and then even as far as the fringe of the village. He got left behind Stevenson by slightly more than a minute.

The fastest right-side route was that of Lauenstein (21’ 06’’) and then only that of Kärner (21’ 39’’), both chosen relatively far right passing the first valley by. Gonon’s middle route choice was still slower (22’ 16’’). He was, however, just 20‘‘ slower than Nordberg and so the first three positions remained unchanged after this leg – Gonon, Nordberg, Hubmann. Besides Stevenson, also other competitors dramatically improved their position: Merz (from 13th to fourth), Dávidík (from 14th to sixth), Efimov (from 15th to eighth).

More info: You can find the full analysis in the WOC 2008 magazine – enjoy!. 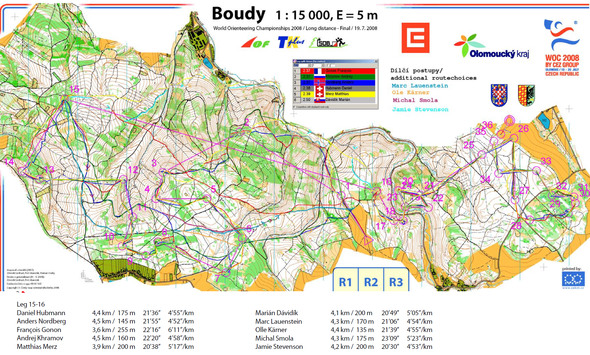 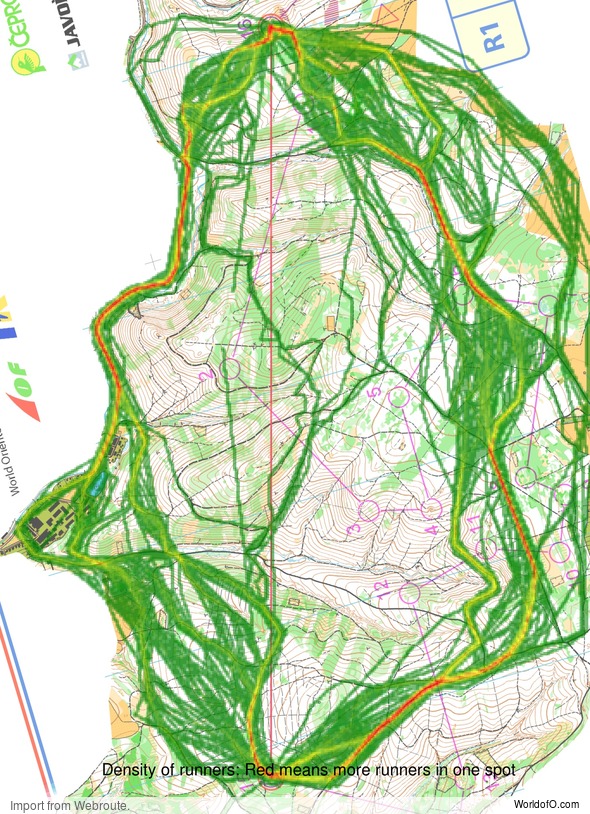 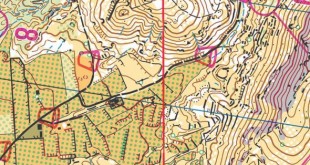 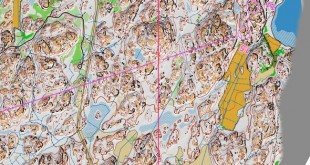 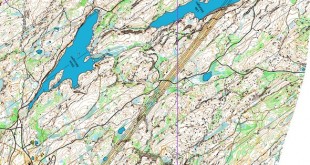 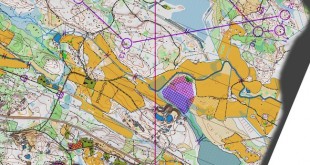 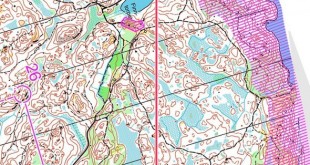