Today’s leg in Route to O-Season 2020 is another historical WOC long distance route choice leg – this time from WOC 2013 in Finland. The chosen leg is the 11th leg from the women’s class. 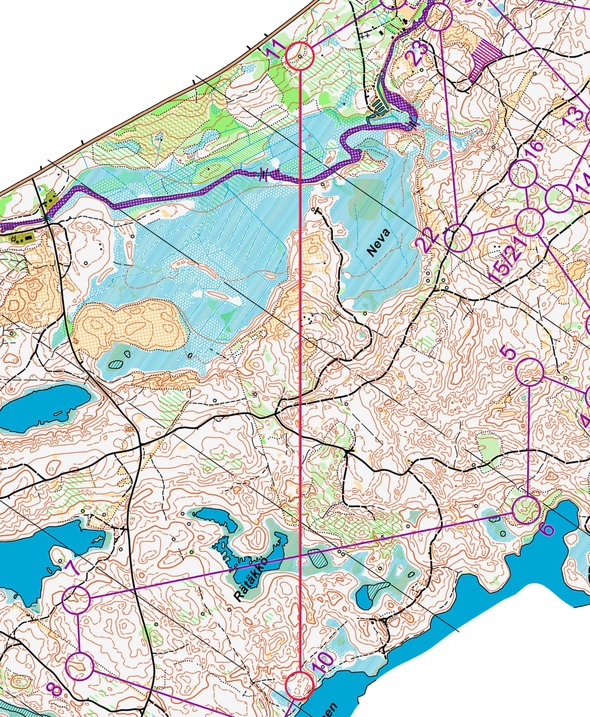 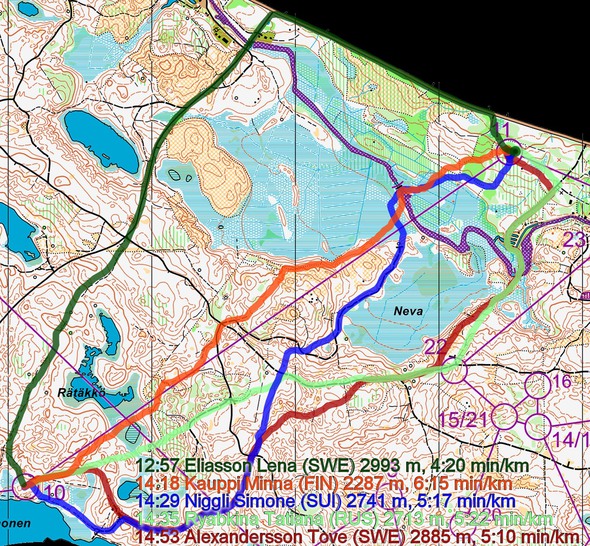 Here is the analysis from World of O from back in 2013:

The 2 km long leg from 10 to 11 was the decisive leg in the women’s race. Eliasson wins the leg with 40 seconds – and there is more than 2 minutes down to number 10 on the leg (Tone Wigemyr).

Observe how Niggli’s lead to Eliasson is reduced from more than 1:30 and down to 3 seconds.

The mapmaker comments that the idea here was that different runners should use the route which suited their abilities best – for good road runners the long left variant should be the best. 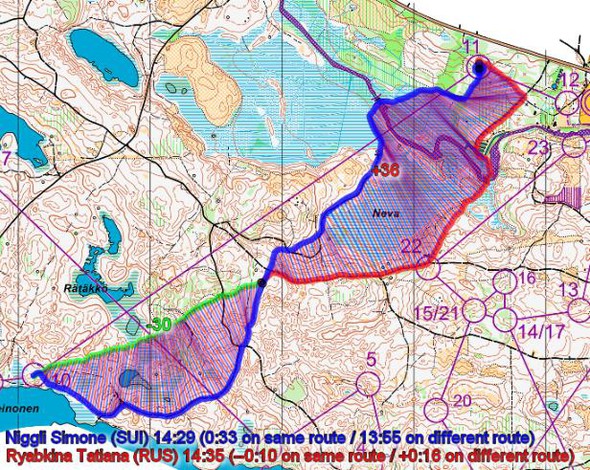 Looking at the different options going to the right, you can observe in the illustrations below that Niggli’s route on the first part of the leg looses her 30 seconds compared to Ryabkina. 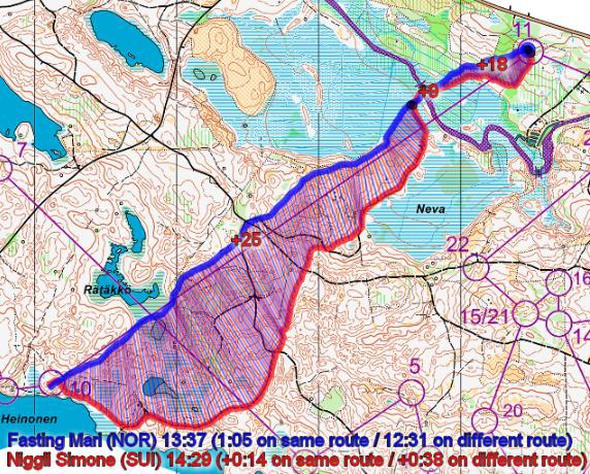 Comparing Niggli and Fasting, you can see that Niggli looses nearly half a minute to Fasting after entering the marsh just ahead of the river crossing. Thus going slightly right and combining Riabkina’s first part of the leg with Niggli’s second part with good execution should be just as fast as direct – the problem is to go far right on the path the first third of the leg. 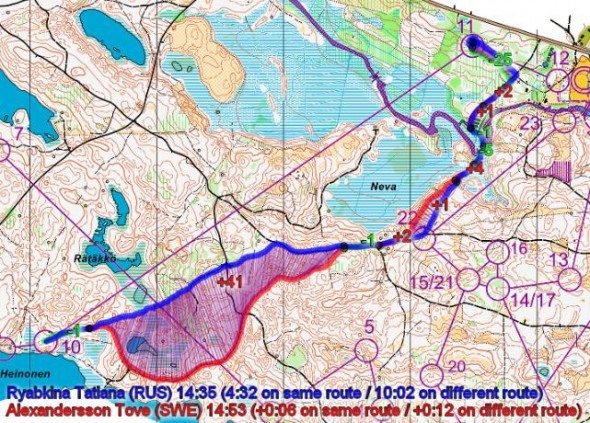 Comparing Ryabkina with Alexandersson, you see that Ryabkina looses more than half a minute at the last part of the leg. Thus it is possible to run Riabkina’s route in around 14 minutes – but still significantly slower than the direct route.  The reason for it being slower is that it is 500 meter longer without significant parts with a lot better runnability.