Today’s leg in Route to Christmas is a very interesting Runners’ Choice challenge from Sprintliga Oslo, with extensive analysis provided by Oskar Størmer.

In my opinion this is how a Knock Out Sprint can be made truly interesting, both for athletes and TV. Future course setters and stake holders: Take a good look at this and read Størmer’s interesting analysis, and also his approach for solving the Runners’ Choice challenge in the 30 seconds available ahead of the start. With an analysis as Størmers’ available for TV commentators and nice graphical representation, this can work very well. The key here is a quite simple single-control Runners’ Choice where the main challenge for the athlete is to find the best overall routechoice from the first to the last control.

To take the Runners’ Choice challenge the proper way, first use 30 seconds to choose one of the three alternatives A, B or C below. Then you can afterwards choose your routechoice in the usual way.

After chosing A, B or C, you may now take a look at the leg and think about how you would attack this leg (if the image is too small, you may click on it to get it larger): 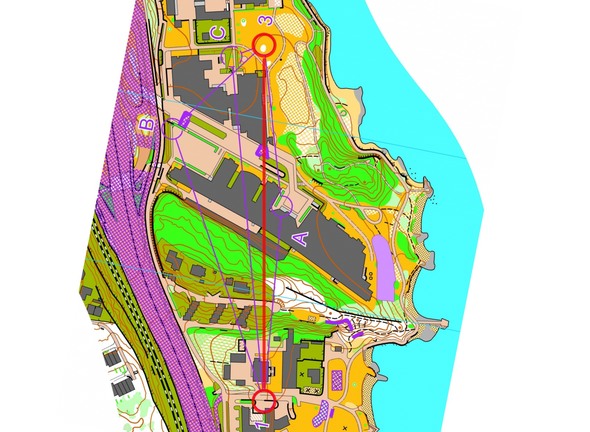 Then you can read Strørmer’s analysis of the leg:

My aim when setting this Runner’s Choice (RC) was to not only make the choice between A, B and C matter, but to make the route choice on the chosen alternative decisive. The best route choices for the alternatives A, B and C are respectively 686 m, 697 m, and 649 m (measurements are provided by Niklas Profors; thanks a lot to Profors for this). We see that C is shortest, followed by A, which is 36 m longer. The longest alternative is B, since the artificial barriers force you to run into the middle between the two large buildings.

My aim when setting this Runner’s Choice (RC) was to not only make the choice between A, B and C matter, but to make the route choice on the chosen alternative decisiv 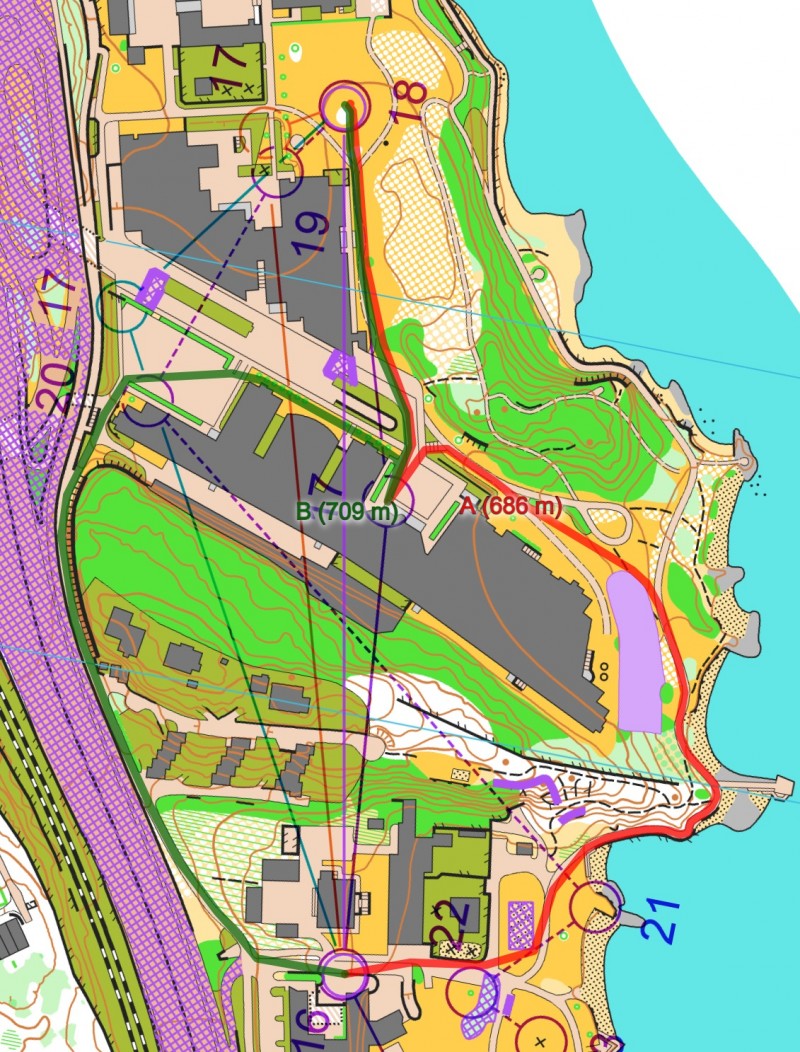 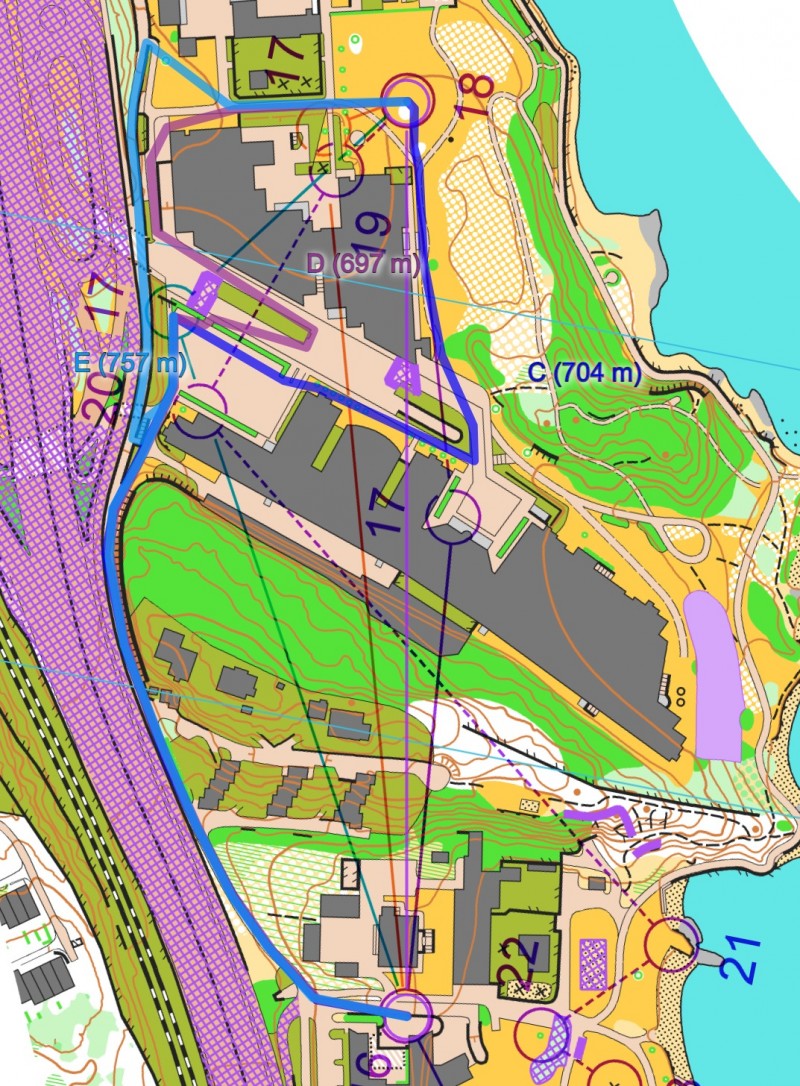 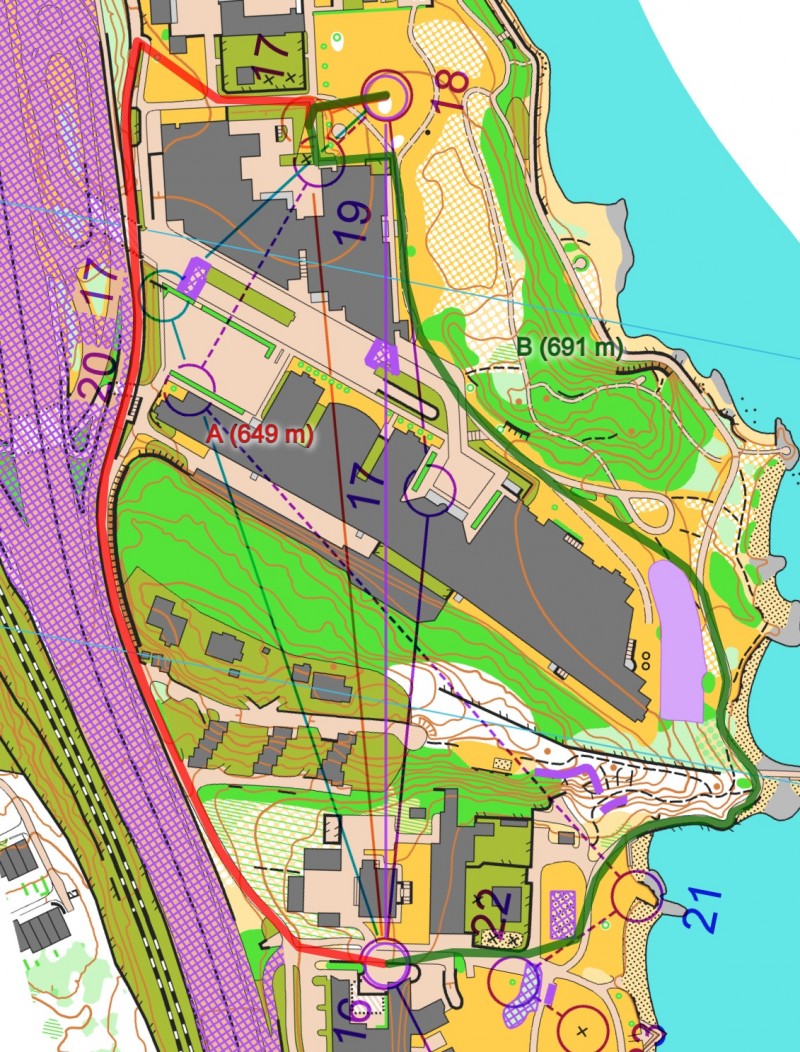 See below for the choices (based on GPS-time) for GPS-tracked runners, first men: 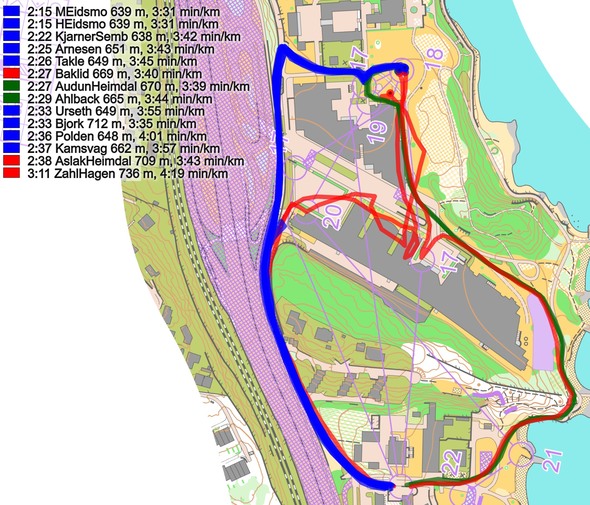 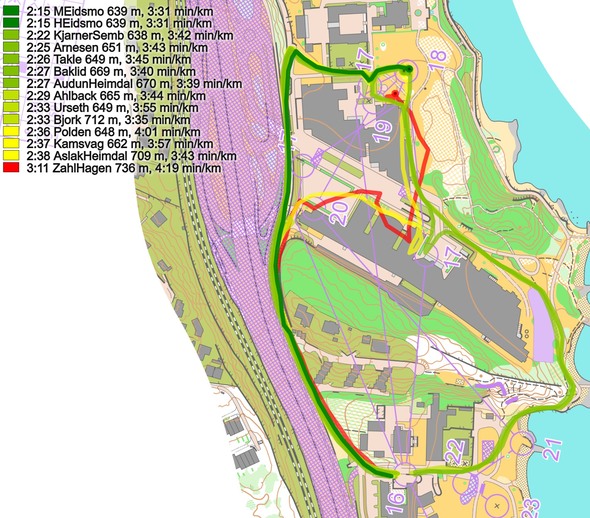 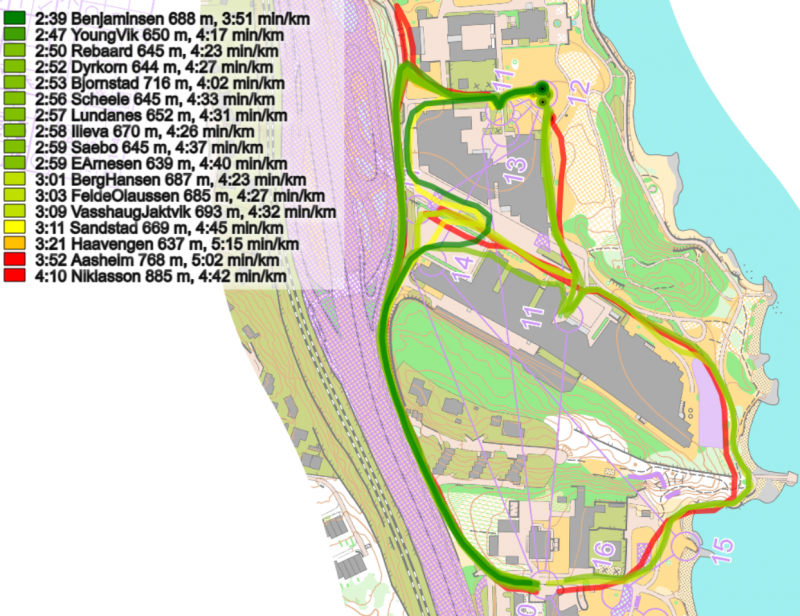 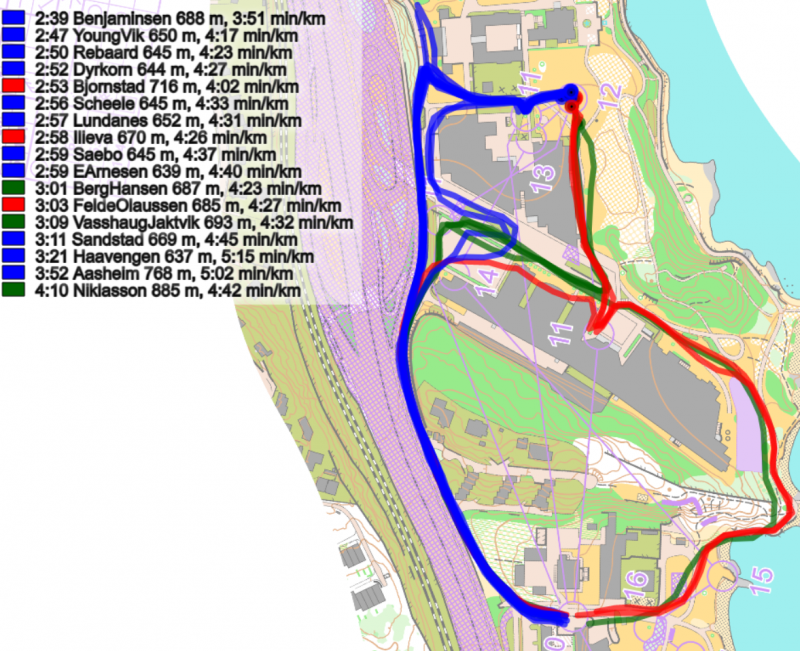 Personally, my preferred approach to RCs like this one, with few controls, is to view it as a single long leg with route choice alternatives from the first to the last control. Find the few fastest alternatives on this single long leg and adjust each of them by the extra distance it takes to run to the control(s) of the closest RC alternative. Compare these and choose the fastest one! This may sound like a very analytical way to do RC where you only have 20-30 seconds to choose, but it is what has worked best for me when training on RCs without too many controls. It is better to have a plan for how to do the RC, rather than going for what “feels” best. 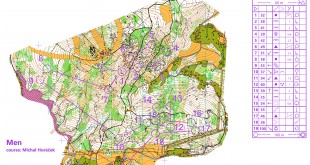 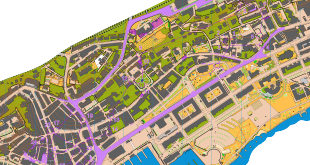 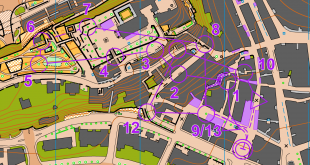 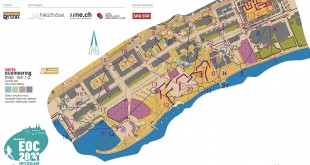 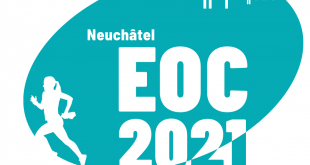 Finally! Thursday May 13th at 16:40 CET the international orienteering elite will compete for medals ...