Sweden won the World Orienteering Championships (WOC) Relay in both the men’s and women’s class in very interesting and technical terrain in Czech Republic earlier today.

Sweden decided the relay already at the second leg through a very strong leg by Sara Hagström, giving anchor Tove Alexandersson a 3:40 lead. Alexandersson took it easy towards the end to save som energy for tomorrow’s long distance – Tove Alexandersson’s 8th WOC gold medal in a row. In the end the gap from Sweden down to Switzerland in silver position was 2:33. Behind Switzerland there was a very tight battle for bronze. Czech Republic looked like a clear medalist until control 4, but a big mistake by Jana Knapova at control 5 let Russia’s Svetlana Mironova and Norway’s Andrine Benjaminsen get into the medal battle. Benjaminsen got into the lead, then lost contact with Russia and Czech Republic after a one minute mistake at control 7, but was simply physically stronger and managed to run Norway into bronze.

GPS Animation: See the battle for the medals at Women's #WOC2021 Relay: Alexandersson🇸🇪 is alone in front, meanwhile Aebersold🇨🇭 gets rid of her competitors halfways – and Benjaminsen🇳🇴 wins bronze after close battle with Mironova 🇷🇺 and Knapova 🇨🇿. GPS: https://t.co/RO11WPBHUR pic.twitter.com/7pPDIah1qp

In the men’s  class Norway’s Kasper Fosser ran a very strong second leg, giving the Norwegian anchor Kinneberg a one minute lead ahead of Finland and Sweden with Switzerland nearly 3 minutes behind. Bergman continued his good flow from the middle distance, and passed Kinneberg halfways in the relay. In the end Bergman could run Sweden in to victory nearly a minute ahead of Norway. Behind Norway, Switzerland’s Matthias Kyburz passed Finand and got closer and closer to Norway, reducing Norway’s lead to half a minute at the arena passage.

See maps and GPS-tracking below. 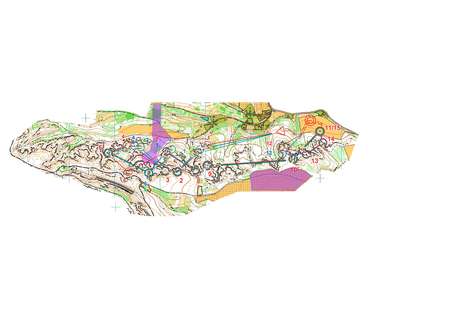 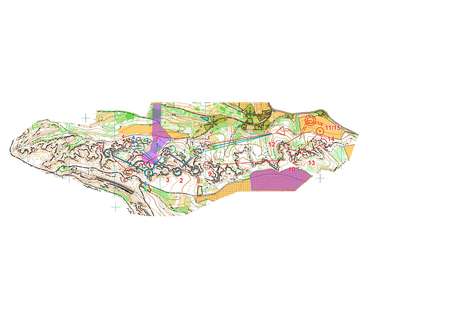 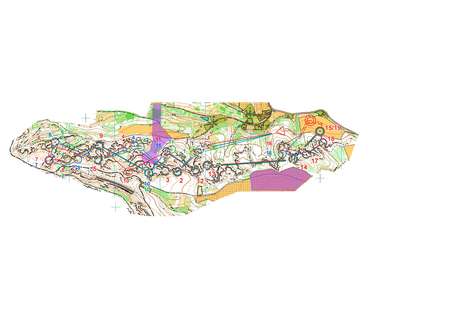 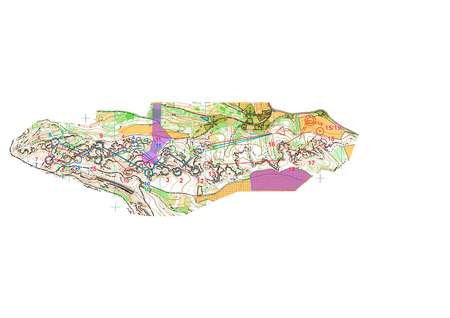 Jan Kocbach is the founder of WorldofO.com - taking care of everything from site development to writing articles, photography and analysis.
@jankoc
Previous WOC 2021 Relay Favourite Preview: LIVE from 16:10 CET 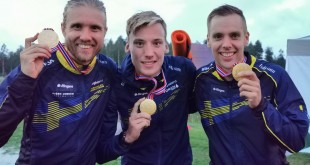 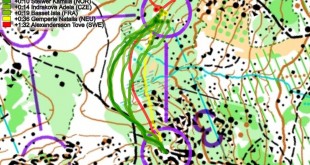 WOC 2021 Middle Women: GPS analysis – how was the race decided? 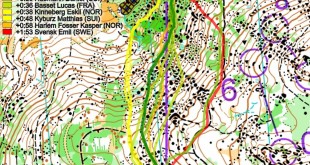 WOC 2021 Middle Men: GPS analysis – how was the race decided? 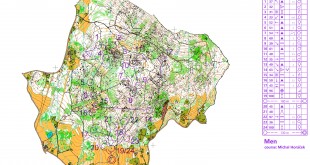 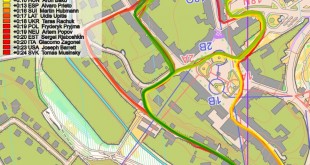