Today’s leg in Route to Christmas 2022 is a very long leg from “Langløpet 2022″, a long distance race organized by Oppsal close to Oslo in Norway less than a month ago, on November 5th. Thanks a lot to Arild Andersen for the tip!

After several days of rain, the terrain wa really tough, with rain and fog on the competition day. This was a mass start race, with a few national team runners from various countries among the 86 starters – but also recreational runners. Course setters were Snorre Veggan and Arild Andersen. The long leg  which is the leg featured in today’s edition of Route to Christmas had quite a lot of climb, and was “the entry” to the nice parts of the terrain following. But first the runners had to battle this long leg – how would you solve it? 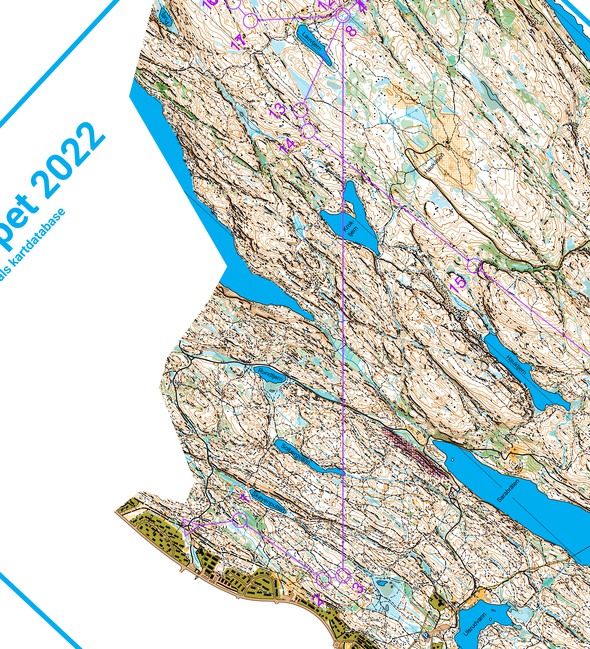 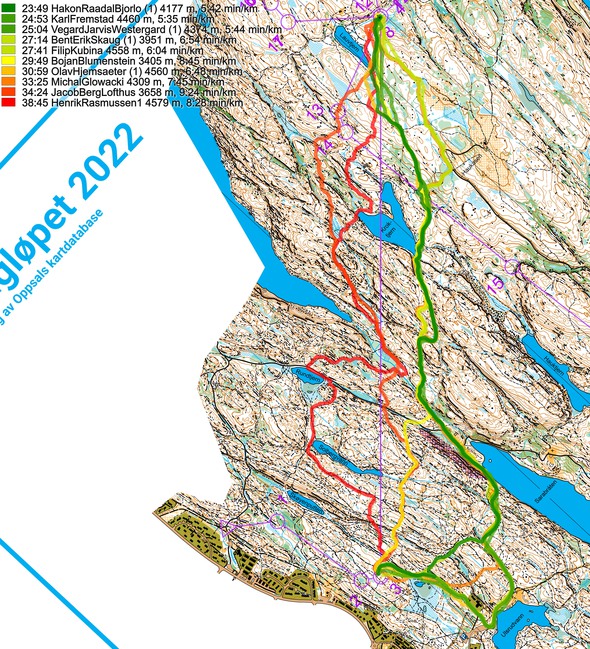 As you can see, the runners who ran the fastest time on the leg started perpendicular to the line between the legs, to get as fast as possible out to the road and path network that follows the terrain (at least partly) to the right. Karl Fremstad and Vegard Jarvis Westergård were maybe a bit too eager with the “running around”, and lost around a minute by running all the way down to Ulsrudvann before starting to get closer to the 4th control. This was probably more of a navigation mistake than a routechoice, though. Several runners tried a more direct or left approach, but this costs a lot of effort in this tough terrain, and at least the runners starting here did not manage running fast times on the straighter variants. An extra challenge on this leg was that the second longest course (who started together on the mass start) had a long leg starting from the same control, but with a control further to the left. So some might have followed them part of the way. You can read the organizer’s report and analysis of the race here. 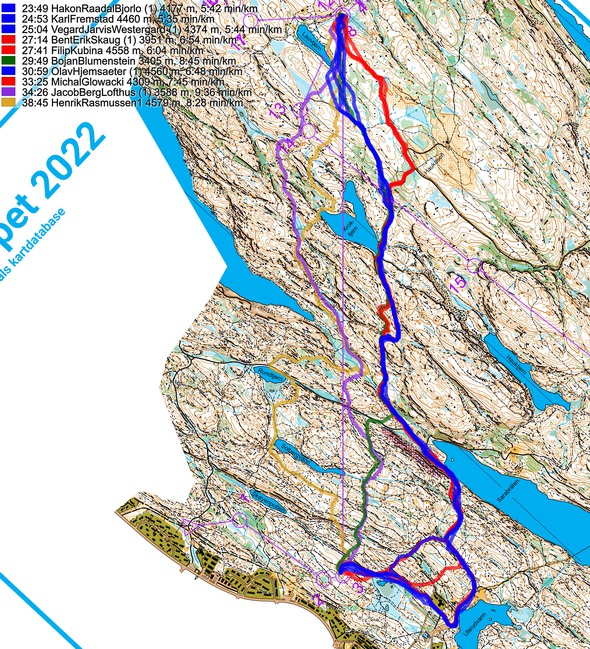 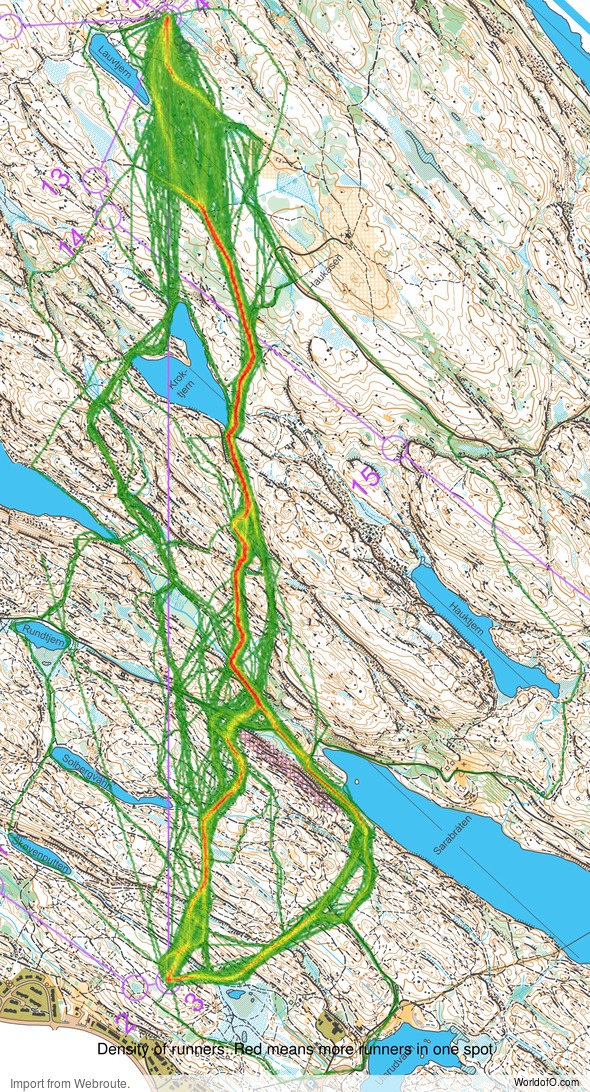 The Route to Christmas series is a pre-Christmas tradition at World of O – giving the readers the opportunity to do one Route Choice Challenge each day from December 1st until December 24th. If you have got any good legs in GPSSeuranta, 3DRerun or Livelox from 2022-competitions, or old forgotten ones which are still interesting, please email me the link at Jan@Kocbach.net, and I’ll consider including it in Route to Christmas if it looks good. Route to Christmas will not be interesting if YOU don’t contribute.