The future for orienteering on TV – if the goal is to attract a wide audience – will probably involve 3D Terrain Models. This will make broadcasts more spectacular, and it will also be easier to describe differences between routechoices to non-orienteers with limited orienteering map reading ability. – The broadcast was a success, but we will never again show an orienteering map when broadcasting orienteering on TV, the producer of the hour-long NOC 2005 live-broadcast on Norwegian TV2 said when summing up the future for orienteering on Norwegian TV as he saw it last autumn (read story here). WoO-TV has, in cooperation with Greg Walker/Catching Features, made the first real 3D production from an orienteering race – with birds’ eye perspective, featuring Thierry Gueorgious route to victory at the World Cup round 2 this year. 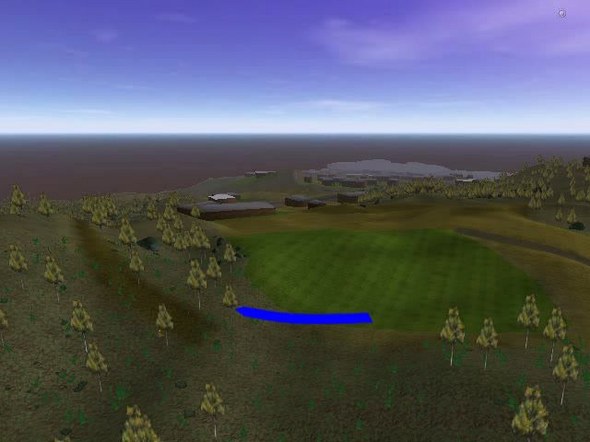 The first step to make productions with 3D Terrain Models of orienteering races, is to get a good 3D representation of the orienteering map. The orienteering game Catching Features fortunately does this conversion job automatically in a decent manner, directly from an OCAD file to a 3D Terrain model. An operator may use a number of settings to improve the conversion process, but even the default settings gives an acceptable 3D model.

The next step is to show selected routechoices using the 3D Terrain Model. The man behind Catching Features, Greg Walker, has done some very interesting work on using the Catching Features engine for this in cooperation with woO-TV / Jan Kocbach the last months. The first fruits of this work were shown at the Nordic Orienteering Championships (NOC) in Denmark this summer: A 3D representation of one of the decisive legs in the NOC relay was shown on Danish Television – the leg was shown in 3D as seen from the runners perspective.

Showing route choices from above – using birds’ perspective – rather than from the runners perspective as in the Catching Features game mode – was the next goal of the project. Just in time for the second World Cup round this year at Hovden (Norway), Greg Walker managed to finalize and send over a new version of Catching Features with an extra recording mode with possibility to capture routechoices from any perspective. In addition, the routechoice is shown as a solid «running» line in the 3D Terrain Model, like you have probably seen in e.g. TV broadcasts from Tour de France.

Thanks to a very cooperating Thierry Gueorgiou – and also the organizers of the World Cup in Hovden, Kristiansand OK providing the OCAD-file of the map, we got an ideal test case for the first real 3D production from an orienteering race. Gueorgiou – currently the best orienteer in the world – explains his routechoice to victory at the World Cup race in Hovden this June. In the 12 minute woO-TV production «Thierry Gueorgiou: Routechoice to Victory», Gueorgious routechoice is shown using a combination of traditional orienteering map, 3D Terrain Model, and some head camera action. Focus has been on showing what is possible to achieve with the technology and software available now, rather than on a full analysis of all details about the World Cup race in Hovden. Time to work on this production has been limited, so the final production has room for a number of improvements. But please try to look beyond these (I know of many of them myself), and look forward at the possibilities. 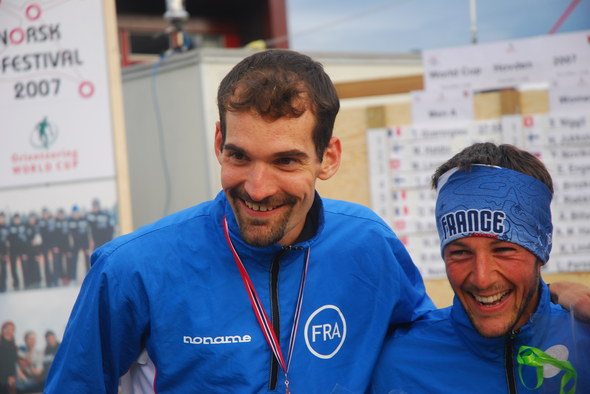 About the «Routechoice to victory» production

As written above, I received the new Catching Features version just in time for the World Cup at Hovden. The organizers Kristiansand OK proved very helpful, and provided me with an OCAD file with the map just after the World Cup race. Below, the steps to make the production are briefly outlined, 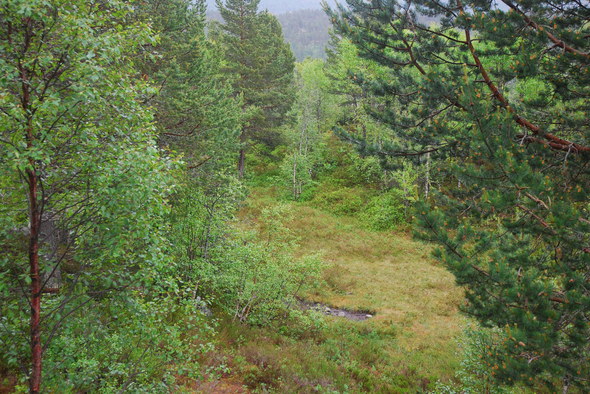 What about the future?

I hope it will be possible to continue to work with Greg Walker to further adapt Catching Features for this kind of use. I guess it will partly depend on the response this production gets, suggested improvements, and so on. At least I think this is a good way to go for orienteering to maybe get a bigger TV sport – to attract new groups of viewers…

View the production – and give your comments below!

Please take a look at the production by pressing “Play” below. All comments regarding this projects are very welcome! Especially constructive suggestions regarding how to make this another step better! You can also go directly to the video page.

The online TV channels for orienteering content – woO-TV – have now been live for 4 months – and has been getting all the attention we hoped for! Videos/productions from 16 countries have been shown on the 4 woO-TV channels – Norway, France, Denmark, Sweden, Austria, Finland, Latvia, Russia, Netherlands, Switzerland, Turkey, UK, Italy, Slovenia, Poland and Germany. The woO-TV channel has been written about in a number of websites, and it also got good publicity through the Jukola video competition which was hosted at woO-TV. In addition, woO-TV has given increased focus on orienteering related video productions, showing the way for others, and motivating more people to make their own productions.
The total number of video views – not including the views embedded on websites – has been close to 50.000 on the woO-TV channels (Veoh has up until now not counted embedded views – only views on veoh.com – while many view woO-TV embedded in the World of O webpage. Veoh will change this counting shortly, so we will be able to provide better statistics). Based on other statistics, the number of embedded views are around another 30-50.000 – and thus the total number of video views at woO-TV is probably around the 100.000 mark.

More information about these statistics – and the most viewed productions – will be available at World of O in the next weeks.

Jan Kocbach is the founder of WorldofO.com - taking care of everything from site development to writing articles, photography and analysis.
@jankoc
Previous JWOC 2007 – World of O top-of-page saved for the future
Next World of O launches “World of O Ranking”