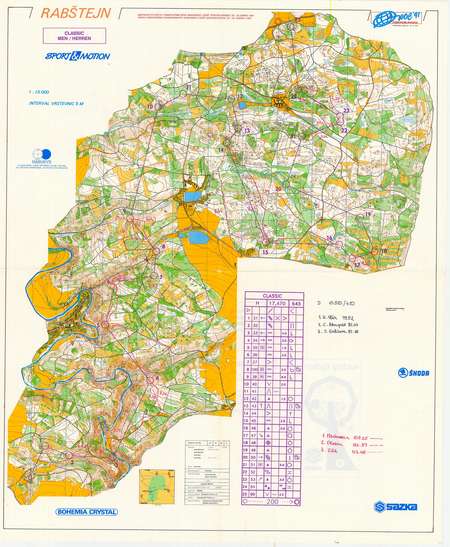 New year – new series! January is usually a “slow month” within orienteering, so why not beef it up a bit? Each day a new classic course (what today is called long distance) is featured – starting with the WOC long distance course from 1991 in Marianske Lazne, Czechoslovakia today.

The “January Classics”-series is more “low key” than the “Route to Christmas”-series. Sometimes only a link to the map will be provided, sometimes a special leg will be selected for discussion/analysis, sometimes there will even be a Webroute (like today). Although the first day is a WOC course – any nice long distance course can be part of the “January Classics” series. Based on reader response this might become very interesting – I hope many of you will consider leaving a tip in the comments about good candidates – or even better: Send me some words, a story or a analysis on jan@kocbach.net.

WOC classic in 1991 offered varied courses in hilly terrain – partly quite stony. I am sure somebody can add  a lot of details about the race in the comments – it was not easy finding something on the Internet. The race was won by Jørgen Mårtensson and Katalin Olah – and here you find the courses.

I have picked one leg from the women’s leg – leg 3-4 in the women’s course – where you may consider how to approach it in a Webroute. I am again sure somebody knows which route was the fastest here – and I hope we will know by the end of the first day of 2014? 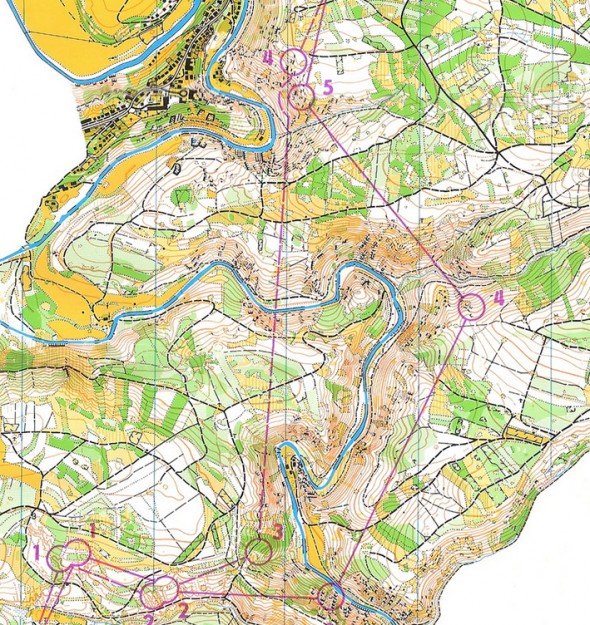 Jan Kocbach is the founder of WorldofO.com - taking care of everything from site development to writing articles, photography and analysis.
@jankoc
Previous Route to Christmas: Day 26 2013
Next January Classics: Day 2