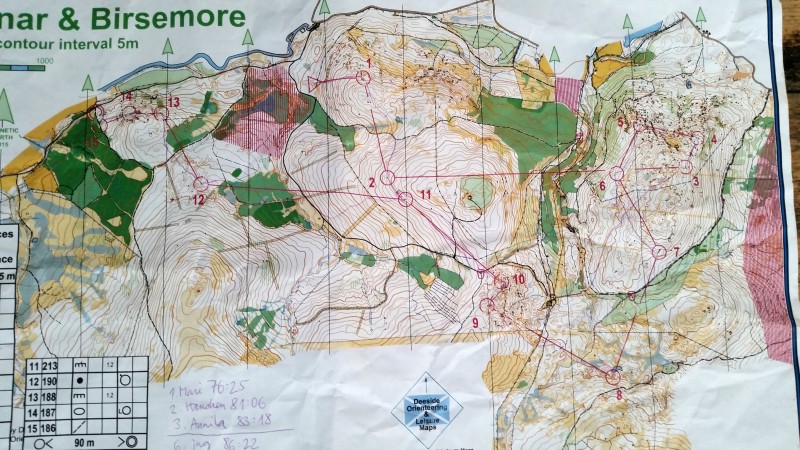 [Updated with map] Gueorgiou took another victory in the British selection races for the World Orienteering Championships in Scotland in August – this time over the long distance with a gap of 2 minutes down to Norwegian Carl Godager Kaas in second with Hans Gunnar Omdal (Norway) 7:20 down in third. In the women’s class Mari Fasting (Norway) took a clear win – nearly 5 minutes ahead of Anne Margrethe Hausken (Norway) with Annika Billstam (Sweden) in third. Tove Alexandersson was in the fight for victory until she

The best British runners were Hector Haines (+11:08) in the men’s class and Jessica Tullie (+9:52) in the women’s class. This was one of the most relevant long distance races ahead of the World Orienteering Championships – and therefore an important test for the athletes. Tough courses gave big time gaps today. The terrain varied from featureless forest to very detailed areas, making it necessary to vary the orienteering technique in different parts of the terrain. 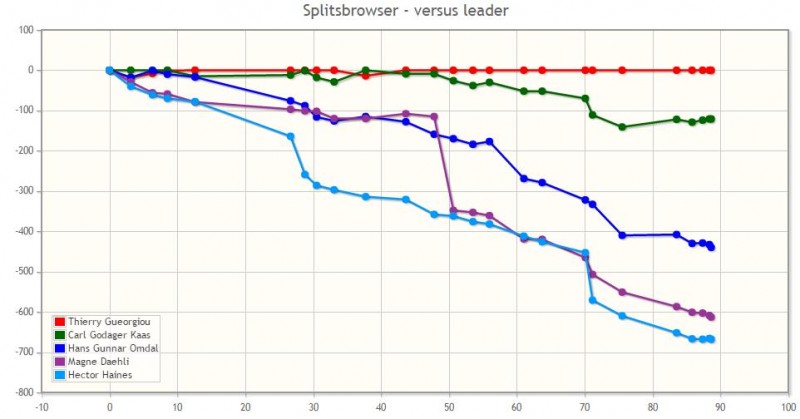 Several runners lost time on the long leg to control 5 which is shown below. Here Thierry Gueorgiou was 14 seconds behind the best split time by running left on the path down the hill, passing the refreshment control, and continuing up the steep hill (see 3DRerun). 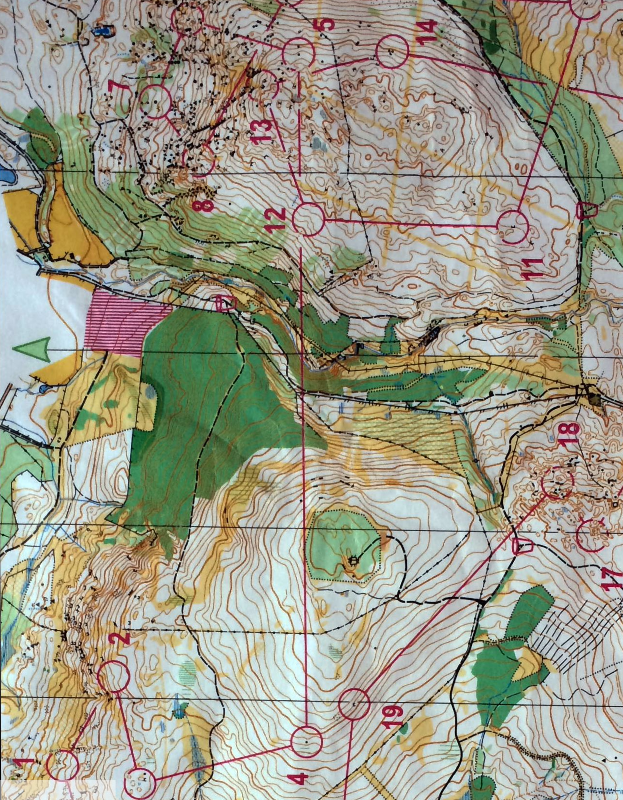 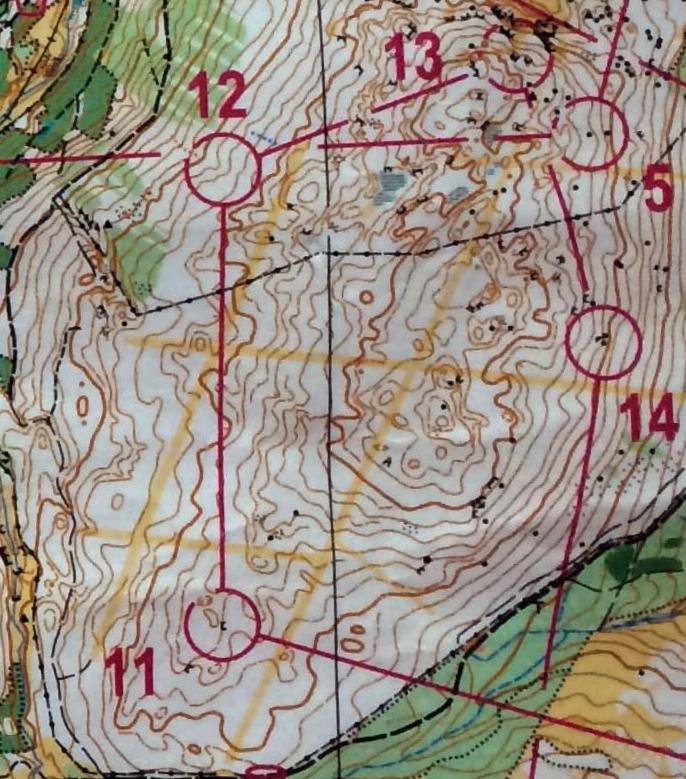 Looking at the performance index, Gueorgiou had a clear edge on the other athletes with Godager Kaas in second and Dæhlie in third. The big mistake of Dæhlie at the 12th leg did however ruin the Norwegian’s chances of getting Top 3. Dæhlie’s speed also got significantly reduced after his mistake. Thierry Gueorgiou lost 43 seconds or less to the leg winner on all legs – that was least of all runners in this race.

Note that Godager Kaas is not selected for the Norwegian team in the long distance at WOC in Scotland – the WOC long distance team consists of Omdal, Dæhlie and Olav Lundanes. Lundanes is present in Scotland, but does not run full speed on these competitions. 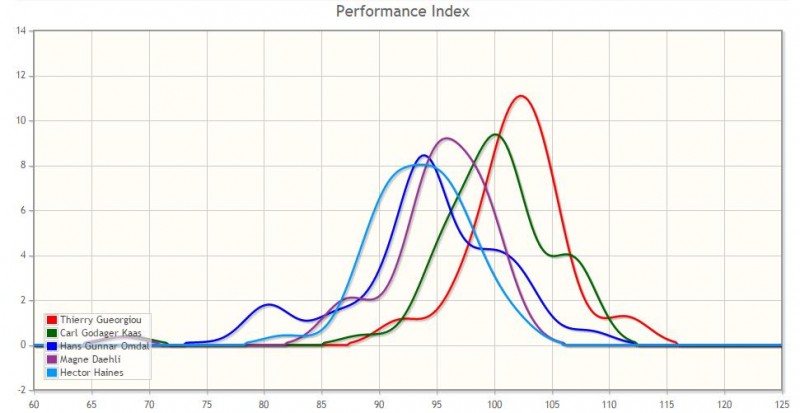 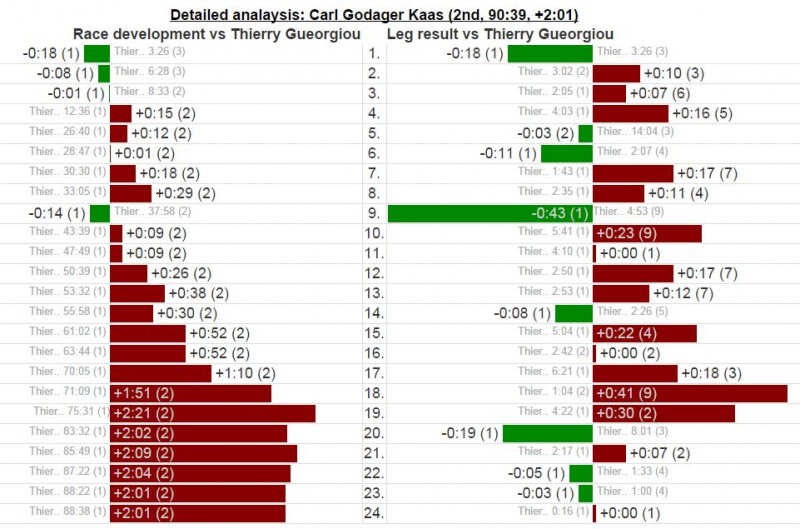 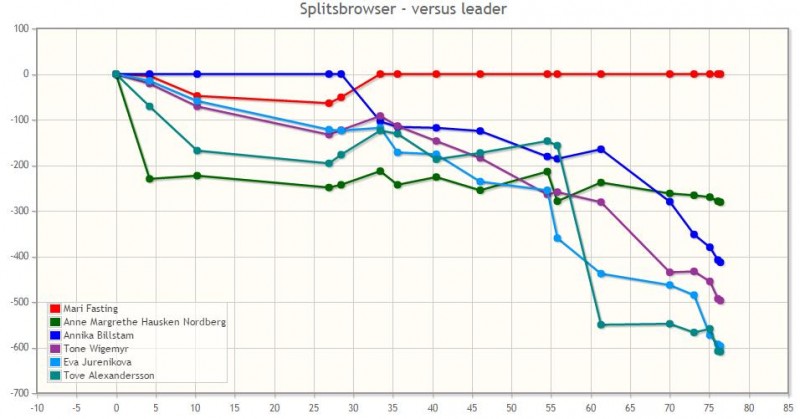 Although Fasting was far ahead in the final results, it was her constant orienteering and not the speed which decided the race. Looking at the performance index (further down), both Anne Margrethe Hausken Nordberg, Tove Alexandersson and Annika Billstam had higher speed in the parts of the race where they performed well – they did however all lose significant time in parts of the race.

Mari Fasting had an estimated time loss of 52 seconds, the largest being 23 seconds (leg 2). 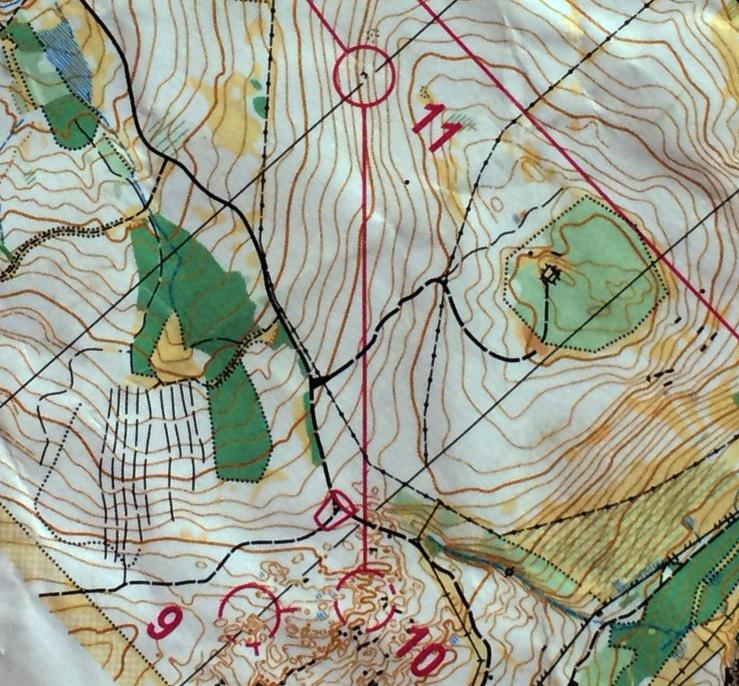 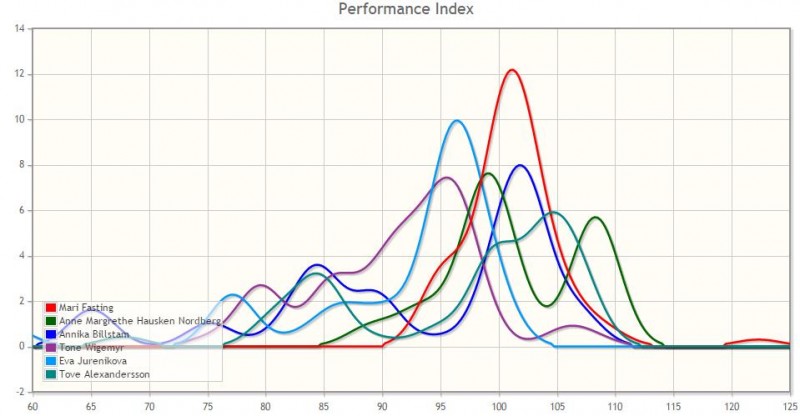 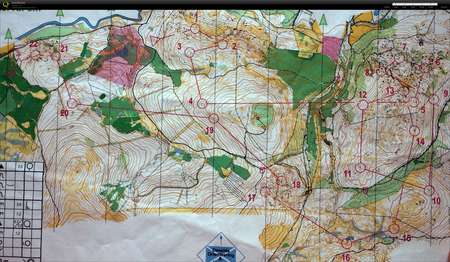 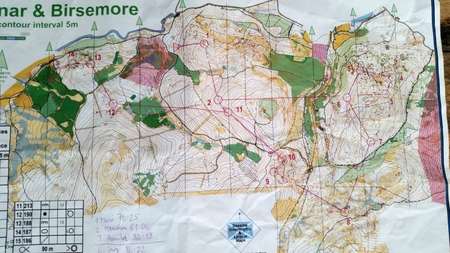 Quite tough course. Struggled with some controls at the last third of the course. 10min behind @MariFasting pic.twitter.com/jpje09CyJv