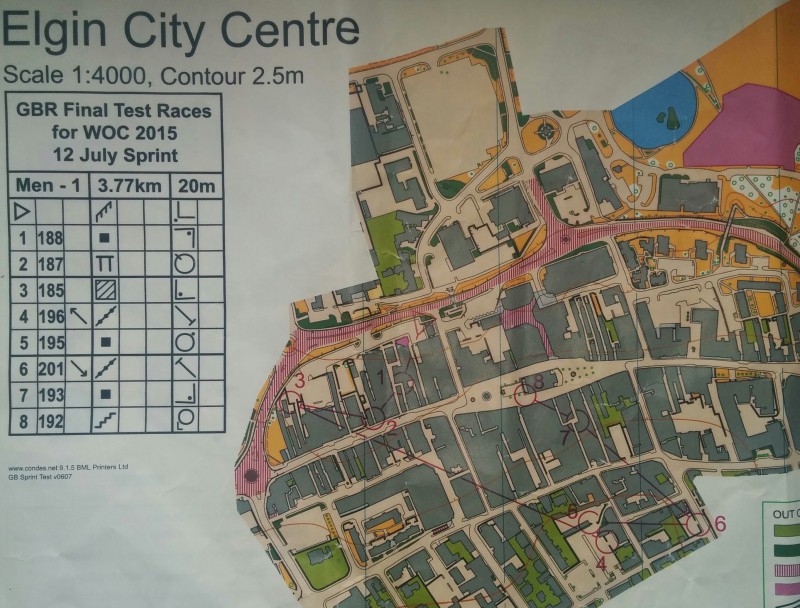 Scott Fraser and Cat Taylor (2nd) were the best in the British selection.

Note! There might be some issues with some of the split times. From the Nopesport Forum: We were using the WOC sprint trestles which are set up to have an SI box at each end of the trestle (ie two boxes for each control code). The two sets of units had not been time-synched with each other recently enough, so there are odd-looking splits where people registered with a box from one set at a control but the box from the other set at the next. Sorry!

Women: Tight between Egseth and Taylor

Note however that there may be an error of a few seconds for some of the splits. 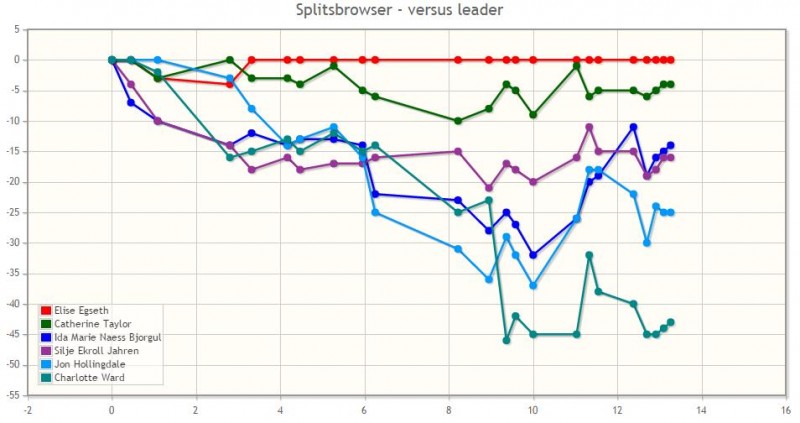 Scott Fraser won 17 seconds ahead of Andreu Blanes with Gaute Hallan Steiwer  in 3rd at 0:19. Scott Fraser won 5 of 27 legs. Scott Fraser was in the lead all the way from the first control to the end of the race. Vojtech Kral and Hakon Jarvis Westergard lost 10 seconds or less to the leg winner on all legs – that was least of all runners in this race.

Note that Murray Strain had high speed, but lost a lot of time at the 5th control. This is not an artifact from the split time problems though. 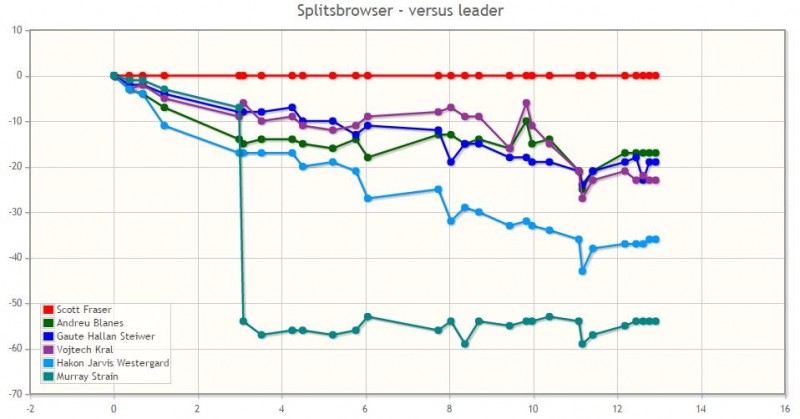 See the first part of the men’s course at the top of this article and the second part below (Thanks to Vincent for maps). This area was the reserve area for the WOC sprint, and was earlier embargoed – it should be quite relevant for the WOC sprint. The course looks nontraditional in that it has quite many legs with very sharp angles – and also several very short legs. 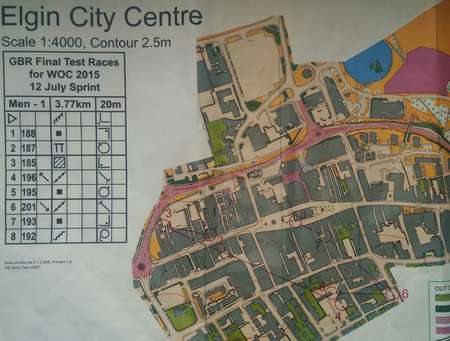 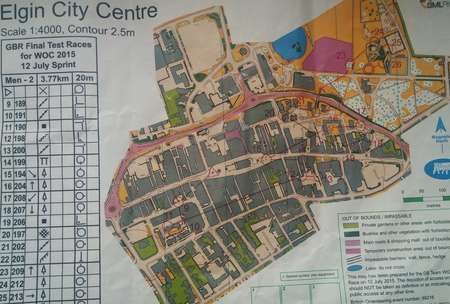 Jan Kocbach is the founder of WorldofO.com - taking care of everything from site development to writing articles, photography and analysis.
@jankoc
Previous GBR WOC Selection Long: Gueorgiou and Fasting
Next Behind the Great Jukola Footage Part 1: Runcam with Timo Mikkola