Today we travel to wonderful alpine terrain between 1400 and 2000 masl. in the Austrian Alsp. The chosen leg is leg number 9 in the M21 course from the Austrian Long distance championships, organized as part of Zirbenland Open.

Thanks to Axel Koppert for the tip, and for providing some missing routes. There is also a 20 minute highlights broadcast to enjoy from the race:

Here is Axel Koppert’s introduction to the leg:

– This year the Austrian Long Distance Championships took place in the Seetal Alps which are known for the marvelous stone pine forests. It was the first time that these forests have been used for orienteering. Together with the mountain scenery and the open parts above the tree line this area offers great orienteering. However, what looks so gentle from far might be brutal rocky and bushy terrain. What makes orienteering here difficult for the runners is that the runnability varies constantly. Running on the paths might sometimes not be as fast as expected because of all the roots and rocks, especially between the green alder shrubs. This picture by Philipp von Arx tells a lot about how the terrain. 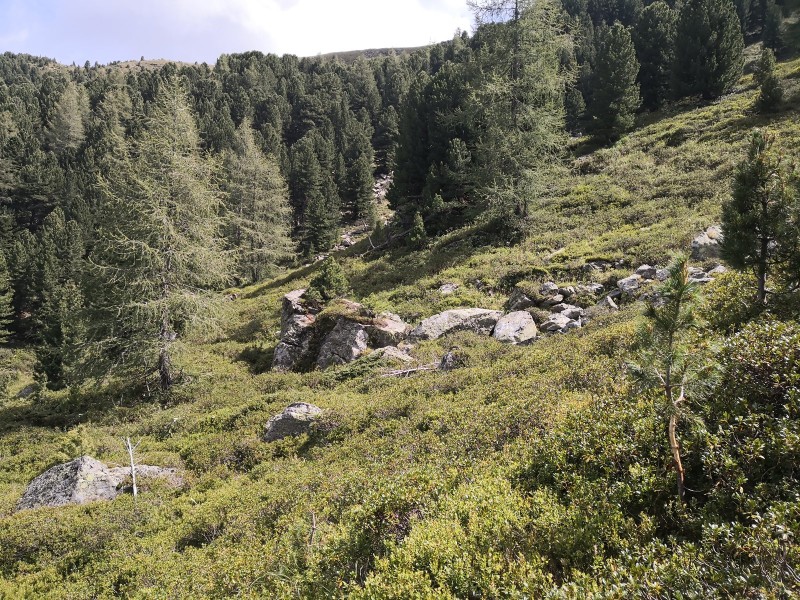 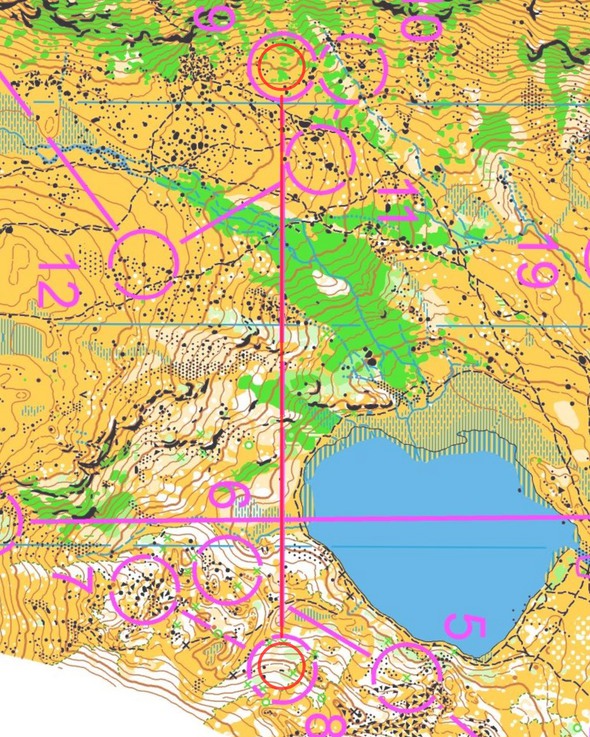 Here is Axel Koppert’s analysis of how to solve the leg:

– The first part of the race was mainly uphill and very tiring. Therefore our (mine and Christian Marko’s) expectation for leg 8-9 was that runners would tend to run along the paths and use the opportunity to run on a better surface. The slope on the direct route is very steep and rough (the boulder fields are partly overgrown by some low bushes) and looks intimidating from below. The green parts are green alder shrubs which are really dense and difficult to pass through. Based on our test runs we expected that the direct route would be potentially slightly faster then running around, but for sure it would require strong legs and a strong mind. While it seems to be obvious how to execute the path route, we were not sure on how to exit from control 8 to the direct variant.

In the end Helmut Gremmel was fastest on the leg by running around on the path while Robert Merl was second fastest just some seconds behind by first running down onto the path, and then running steeply up the hill without(!) path – a route which surprised the course setters. Germot Ymsen lost around half a minute by running in the slope – the others might have lost even more on this route as it is much more ricky to execute. For most runners the path variant of Gremmel is probably the fastest (note that split times here are from GPS and not from official split times – all split times and results are available here). 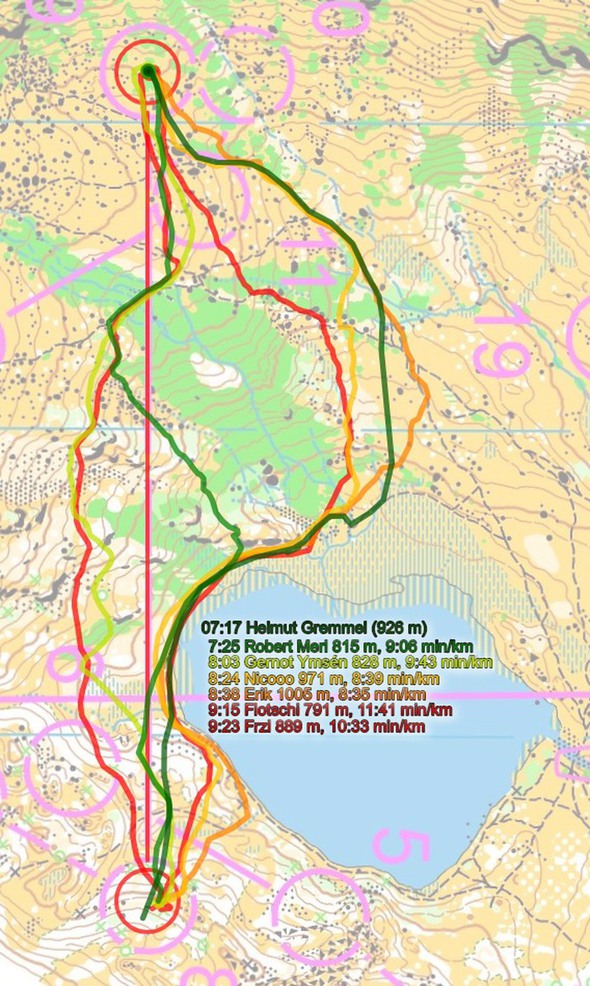 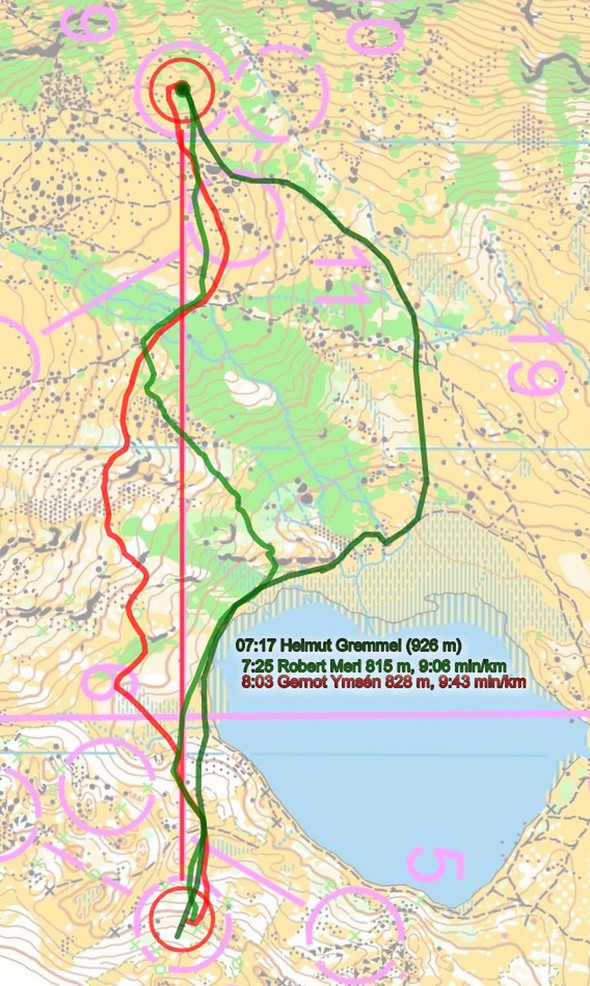 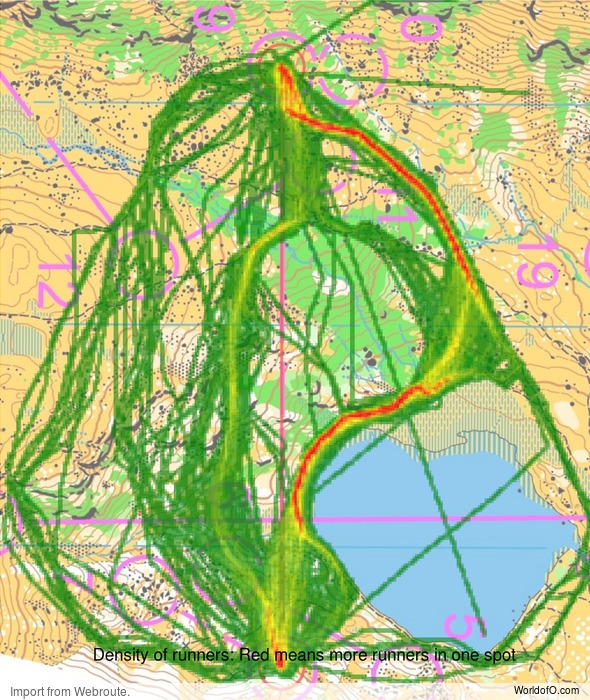 Jan Kocbach is the founder of WorldofO.com - taking care of everything from site development to writing articles, photography and analysis.
@jankoc
Previous Route to Christmas: Day 14 2019
Next Course of the Year 2019: Last chance to vote!