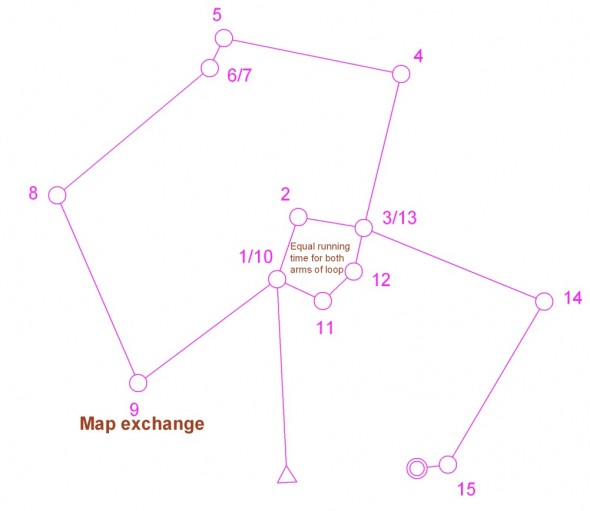 In many events, even at championships level, the results have been heavily influenced by runners not running completely independently. Co-working, and to some extent following is a major problem in orienteering, and has been for a long time. Different types of separating methods have been tried to separate runners to prevent or reduce ollowing, co-working and collaboration during orienteering events.

An extensive report looking into separating methods has been written – and can be found below.

The report was initiated by the Technical Committee of the Norwegian Orienteering Federation, and authored by Bernt Myrvold, Jan Kocbach and Henning Spjelkavik, all three members in the Technical Committee of the Norwegian Orienteering Federation when the work started. A reference group consisting of Mats Troeng (Sweden), Martin Lerjen (Switzerland), Graeme Ackland (Great Britain), Jarkko Ryppö (Finland), Kjell Blomseth (Norway), Emil Wingstedt (Foot-O Athletes Commission), Björn Persson (IOF) have contributed with many useful comments during several phases of the work. The work on the report has been supported by the IOF.

The main target for the report was to look at spreading techniques for world class runners – in particular to avoid that top class competitors are together for several legs, leading to one (or both) of the runners gaining an unfair advantage as a consequence of this.

There is a lot of interesting content here – I’ll come back with more articles on the topics covered later. For now just a few excerpts from the discussion – and of course the complete report with appendices below.

In seven out of the last ten World Championships it has been possible to gain a medal if you started 2 minutes ahead of the winner and followed him (or her) to the finish (ref. section 6.1). Increasing the start interval to 3 minutes would reduce the number of instances to four. With a start interval of 2 minutes and a single instance of a spreading method splitting the field in two, there is actually no spreading method at all for runners starting 4 minutes apart. This was exemplified in WOC 2009 long distance in the men’s category, where the runners winning gold and bronze were together before the butterflies, throughout the butterflies and after the butterflies.

Due to the obvious effectiveness of increasing the start interval to reduce grouping, the method should not simply be dismissed without considering its implications in depth. For example, the approach used in other sports – defining a larger start interval for the best part of the start field (ref section 6.1) – is one option that should be considered. This must not necessarily be a big disadvantage from a TV point of view based on how the production is planned (e.g. this could be compatible with a production concept where the first part of the transmission is recorded, and only the last part of the race is broadcasted as a live production). 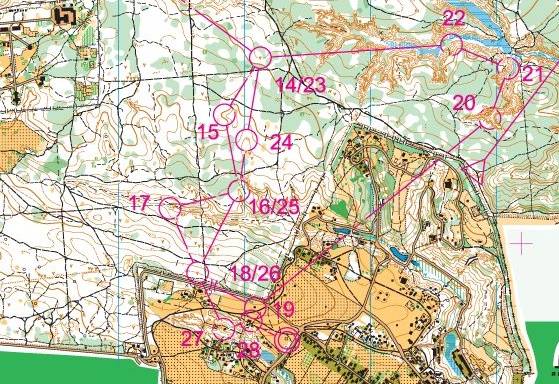 Phi-loop type separating technique used in Ukraine. One of the best spreading methods applied in the World Orienteering Champs the last years. Unfortunately it was not spectator-friendly in its implementation due to difference in running time which spectators where not informed about.

The state-of-the-art methods to avoid grouping during the last years are butterflies (cf. section 6.4) and the last years also phi-loops (cf. section 6.5). In addition course planners have had some focus on optimizing course characteristics (cf. section 6.3). The other separating methods discussed in section 6 do currently not seem to be able to replace butterflies / phi-loops for the WOC long distance, and therefore the discussion in the current section is focused on implementing the state-of-the-art spreading method in an optimal way rather than discussing the alternatives.

As discussed in sections 6.4, 6.5 and 7 above, there have been several non-ideal implementations of butterflies (and partly phi-loops) in previous world championships,

You can either see the report and appendix embedded below, or download them as PDF files here: