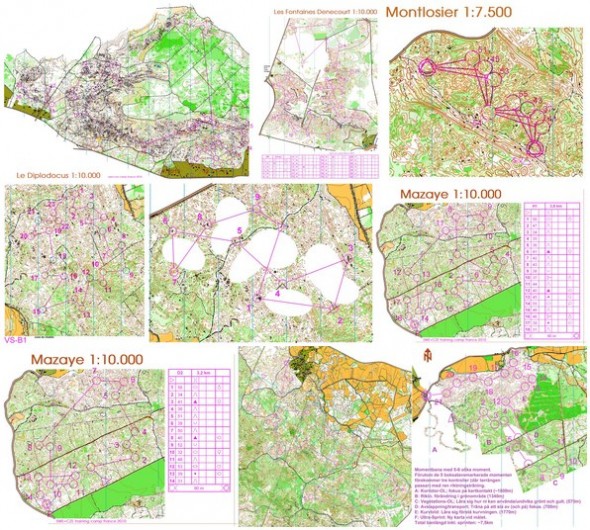 You seldom get the possibility to get this much insight into how the best teams set up their training camps – and especially not in as interesting terrain. The Czech and Swedish National Teams had a great training camp in France the last week (instead of participating at Spring Cup). Czech National Team trainer Radek Novotny presents all the trainings on the webpage of the Czech National Team. Definitely worth a look!

Swedish junior Albin Ridefeldt – attended some of the trainings later in the week, and describes the Clermont Ferrand area as Heaven: – After 4 days with fantastic orienteering I am convinced. Clermont Ferrand has the best orienteering terrain in the world. The terrain is difficult, green and terrible, but as long as you have full control, it is just wonderful! (see the latest maps from Albin Ridefeldt in omaps.worldofo.com here) 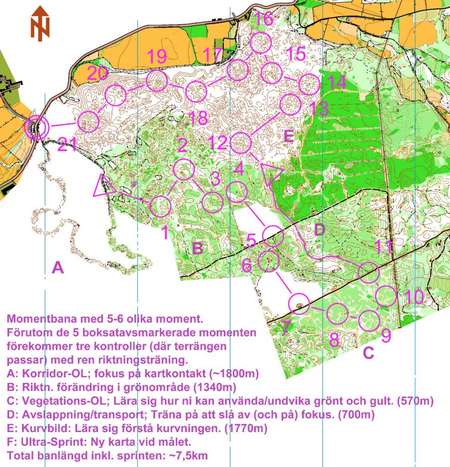 A welcome session consisting of several different exercises, ended by a very short sprint. The main goal was to get familiar with the terrain and map, as well as to get the importance of compass work under such visibility conditions. The training was divided into 5 parts in addition to the sprint in the end:

Click the downscaled map above to see all of the map – or see Albin Ridefeldts GPS track from the training here. 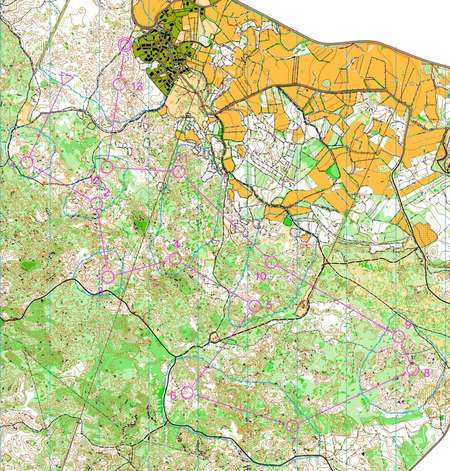 On the trainig maps most of the area was blinded, except the ovals around the controls (blue in the map). – Most runners spent one and half hour in the biting vulcanic kingdom. But, you always learn something, even from an extreme, according to the report by Novotny. This was the second low speed session of the first day, which turned into a real challenge as the Vulcania area makes both the direct running and relocations quite difficult for everyone. See the map here (the blinded areas are shown on this map). This is another type of training which has been used more and more the last year.

Jan Kocbach is the founder of WorldofO.com - taking care of everything from site development to writing articles, photography and analysis.
@jankoc
Previous Spring Cup Relay: Maps and Results
Next Top O-Travel Picks: June 2010