Home / Orienteering News / Gold for Finland after a relay thriller!

Gold for Finland after a relay thriller!

Jan Kocbach August 20, 2011 Orienteering News Comments Off on Gold for Finland after a relay thriller! 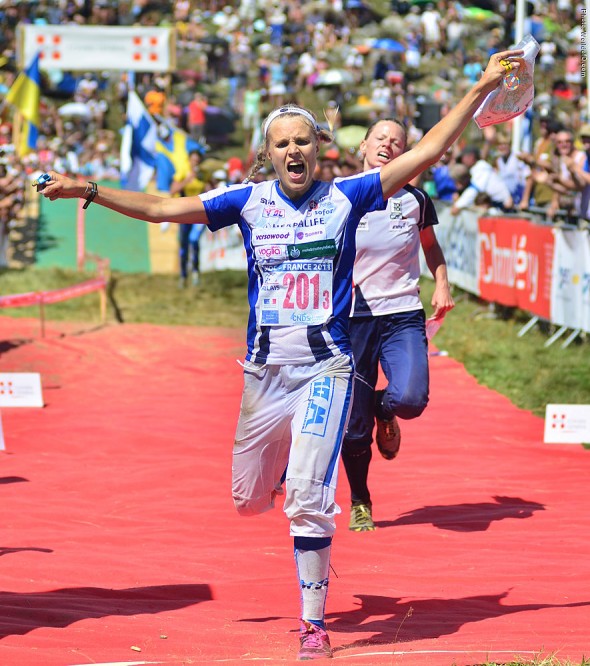 Minna Kauppi secured the gold medal for Finland after a thriller of a relay! The lead changed a countless number of times during the last leg. At some point it looked like Marianne Andersen had the gold in her pocket for Norway. Estonia was also up there at some time in the lead. Then Switzerland, Czech Republic – and of course Sweden also was on gold course at some point.

In the end Minna Kauppi took the gold for Finland ahead of Czech Republic (Dana Brozkova) and Sweden (Annika Billstam).

– This was the best gold medal ever, Kauppi said in the interview after the race – even if she already has 7 gold medals – 4 of them from the relay.

– It was the same as it always is [in a WOC relay]. I do a big mistake, and then there is big drama, a happy gold medalist Minna Kauppi said after the race.

Below you see a snapshot of the tracking towards one of the last controls on the last loop. Finland has just made a mistake along with Switerland – and it (again) looked like the game was lost for Minna and Finland. However, Finland came back in the lead, forming a small group with Sweden and Czech Republic.

– It was a mental win. I have just been waiting for this week to end, but we girls agreed that we would finish this one together and win, the very, very happy Finnish star of orienteering said after her race. 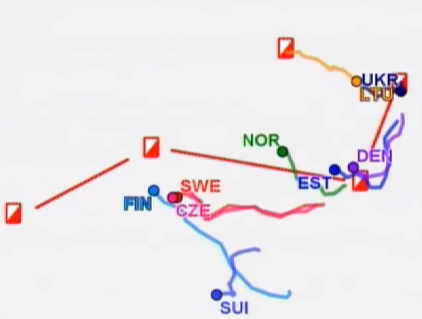 – I made a big mistake at the 2nd control – and found the 6th control before the 2nd. Then there was a long leg to the 3rd control where I could cool down. And I started seeing more and more runners and realized I was coming closer to the lead.

Jan Kocbach is the founder of WorldofO.com - taking care of everything from site development to writing articles, photography and analysis.
@jankoc
Previous WOC Middle: Analysis with GPS and splits
Next France – finally!