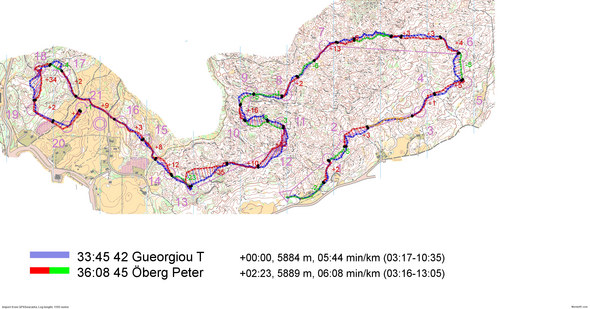 Gueorgiou was the only one who managed to keep up both orienteering technique and speed all the way through the WOC middle distance.  In this article I take a look at the GPS data of the top runners from the WOC Middle distance final.

In the GPS analysis, I use autOanalysis illustrations. This is a comparison of two runners – step by step. The fastest runners  always has a blue line. The slower runner has a green line where he is faster, a red line where he is slower, and an orange line where he is equal. This is a good way to illustrate in which part of the race a runner gained/lost time. 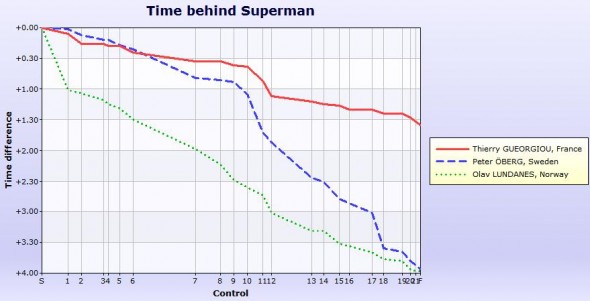 We start off by a step by step comparison between Gueorgiou and Öberg using autOanalysis on the GPS-data and the Winsplit graph.

At the bottom of this article I also included some specific legs from the mens race. 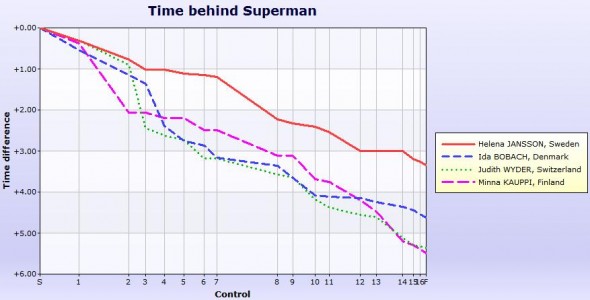 We now make a similar step by step comparison between Helena Jansson and Ida Bobach for the womens course. 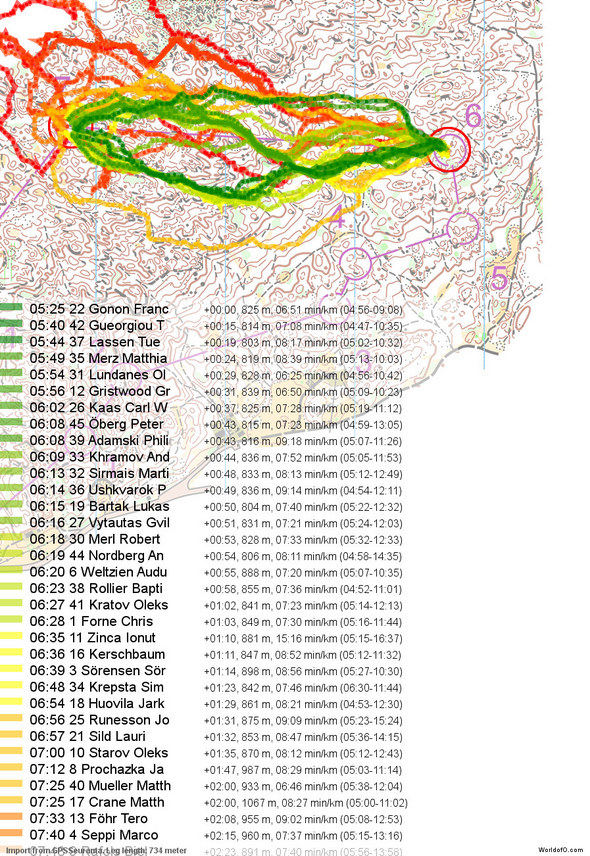 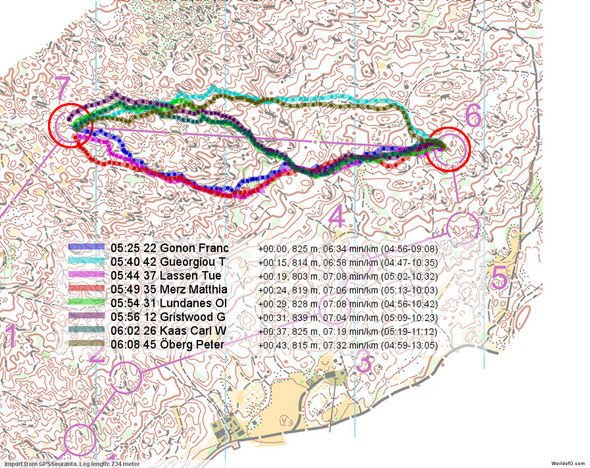 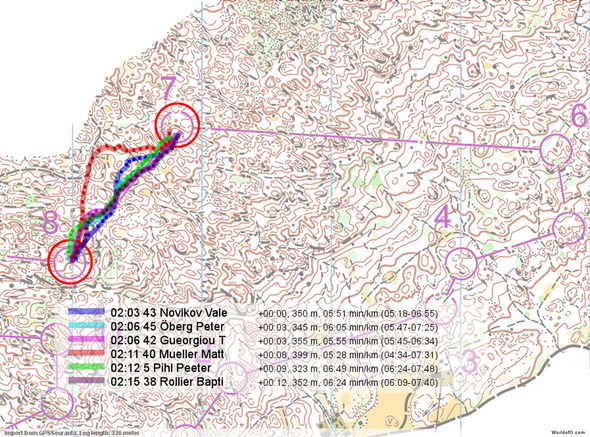 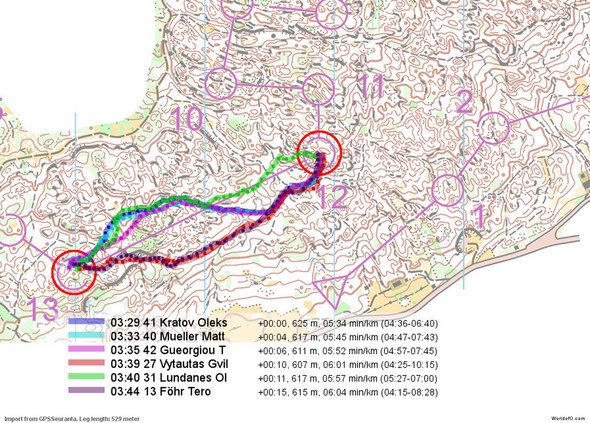 Jan Kocbach is the founder of WorldofO.com - taking care of everything from site development to writing articles, photography and analysis.
@jankoc
Previous Thierry Gueorgiou: The interview!
Next Gold for Finland after a relay thriller!