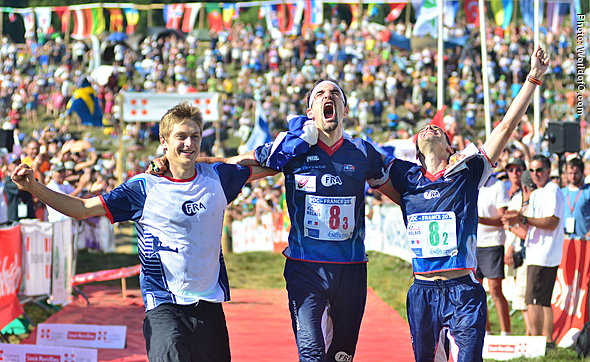 – I said before this World Championships that if I would get only one gold medal, it would be the relay, an extremely happy Thierry Gueorgiou said after securing the gold medal for France in todays WOC relay.

This was the fourth time in a row that Gueorgiou has been in the lead at the last leg in a WOC relay for France – but the first time he succeeded.

This is the race I have prepared most for this season

– I felt very guilty for Francois and Philippe – and also Damien – because I have destroyed so many opportunities. Especially for Francois as he is getting older – Philippe is still young.

– This is the race I have prepared most for this season. I think I prepared well, because I felt more relaxed for the relay than for the individual races.

Gueorgiou started out together with Olav Lundanes of Norway, David Andersson of Sweden and Mamleev of Italy – but was soon alone in the tricky French terrain.

– When I saw that I would run out in front, I knew I had to run just like if it was a middle distance race and not care about the others, and hope the forking would help me. I had the same forking as Olav Lundanes to the first two controls, but to number three I did not see him anymore. 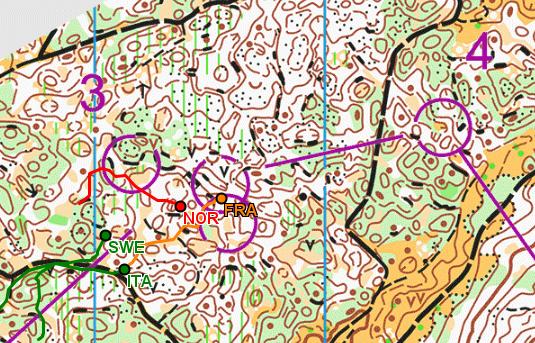 – Then I had a small 15 second mistake on number 4. I then said to myself that this had to be my last mistake today.

If I will continue, I need to find some new challenges

From there and in it was a pure Tero-show – slowly increasing the lead second by second.

– I knew before the start after watching the women that this race would be a really difficult race – just about technique. It was much more tricky than yesterday.

– I will decide at the end of the season if I continue. If I will continue, I need to find some new challenges. Some of the boys say that 3 middle distance gold medals in a row may be a good challenge, but I don’t know.

Next year the World Champs will go in Switzerland – in terrain which suits Gueorgiou quite well. If he decides to continue, he is more hungry for Finland though.

– For sure I will not check the website of next years WOC tonight like a usually do. If I continue, it will be for the middle distance. 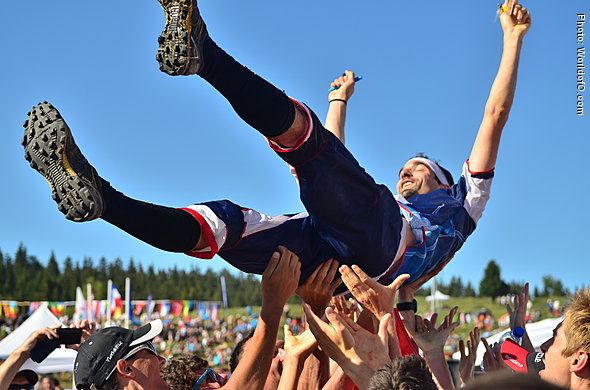 In the circus after the relay, everything was focused on Gueorgiou – but Francois Gonon and Philippe Adamski are of course just as important for the French gold medal.

– My job was to come back without mistakes, Philippe Adamski said after the first leg. – I was very tired, but I did my job. I lost some time on a long leg, but did no mistakes.

Francois Gonon did also his job – yet again.

– I am very satisfied. My job was to come back without any big crash, and that went well. Of course my dream was to get away alone, but I think this is a very good position for Thierry, Gonon commented just after Gueorgiou run into the forest on the last leg. 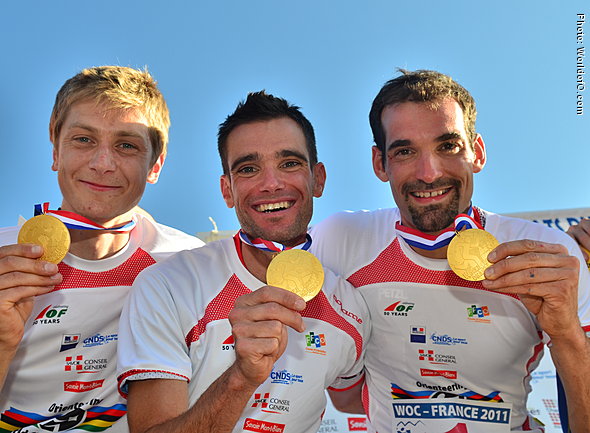 The French trainer Alain Berger is quitting after this season – today he felt relieved and happy after the gold medal.

– I feel like a finished job. A combination of relief and happiness, Berger commented. – They really deserved this. It is good to see that serious work pays off. This is what I want our young runners to know.

The future of the French team in terms of a new trainer is not clear yet – the position is still open. But Berger will continue until after the season.

– This guy [Thierry Gueorgiou] does not need anyone, but we have good young runners who need a good trainer.

Jan Kocbach is the founder of WorldofO.com - taking care of everything from site development to writing articles, photography and analysis.
@jankoc
Previous Gold for Finland after a relay thriller!
Next Top WOC 2011 moments in pictures