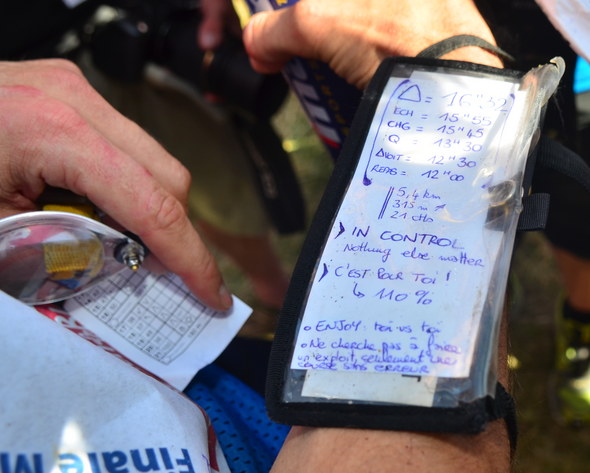 – Don’t look for success, only a race without mistakes, Thierry had written on the note in his control description holder for the last preparations. And that is just what he went out and did. The note continues with “Enjoy: You versus You” and “It is for you, 110%”. And for sure he did enjoy – at least after the race…

Read the interview with Thierry Gueorgiou – The King of Middle – made after his gold medal in Middle distance at WOC 2011.

– The race is over up there

This was Gueorgiou’s 9th individual World Champs gold medal, but it didn’t come easy even if it was a very expected gold medal from both media and fans. 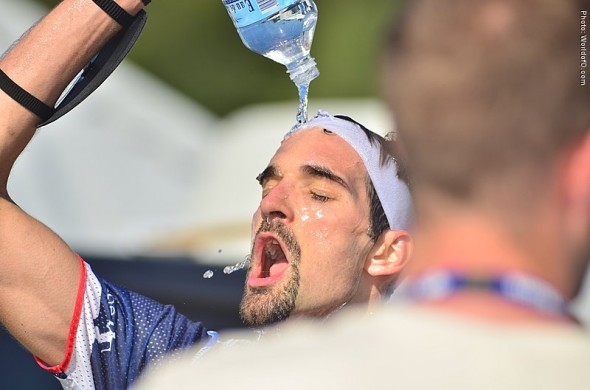 It was really hard to recover from the long distance

– It wasn’t the easiest gold medal. It was really hard to recover from the long distance. I was really tired, so all the long way up to the 7th control I had to struggle and push myself hard. I told myself “- OK, the race is over up there, so give everything you have up to control number 7″.

Looking at what many of the other competitors did on the way to number 7 (see also this video with the biggest mistakes) – this was not excactly an easy control – but still Gueorgiou pushed hard.

Recover ahead of the last part

– I forced myself to not start walking up that long hill. I lost control for some second on the way, but I regained control quite fast. In many ways this terrain reminded my of the terrain from the WOC short distance in Trin in 2003 (Editor’s comment: Gueorgiou’s first WOC gold medal, see the map here). 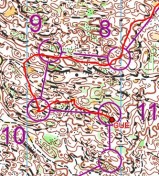 The terrain changed characteristics after the 7th control. From good visibility and few cliffs to an area with more cliffs – and more tricky orienteering.

– After the 7th control there was slower terrain where you could not run so fast, so I could get some rest. That was good because I could recover ahead of the last part.

In the last part of the course after the arena passing the orienteering was – as it often is – less tricky.

– Then from just before the arena it was just to push hard again for the rest of the course. 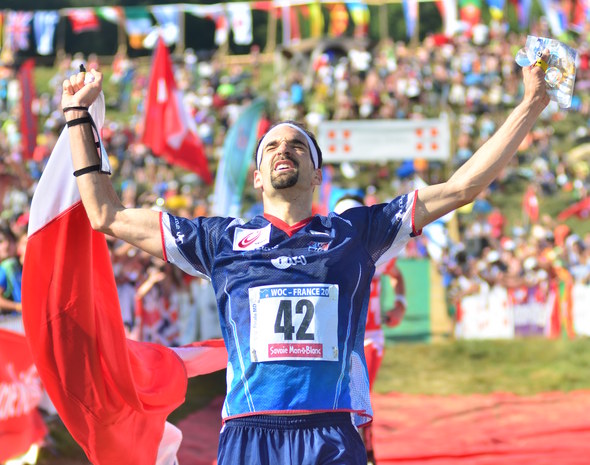 Disappointment turned to joy and relief

Tero – as he is called in Finland – expected really tricky orienteering on this middle distance race. As you can see from the note he had in his control description holder, the main focus of the day was “IN CONTROL – Nothing else matters”.  When asked about the difficulty of the course, the “King of middle” was quite harsh.

There were some difficult controls, but most of the race was really easy

– There were some difficult controls, but most of the race was really easy. I mean, yeah, easier than expected. You only had to follow the depression alignment and reentrants. We did 10 times more difficult trainings during our preparations and training camps.

The first terrain to be mapped in the WOC 2011 area was “Montagne de Bange” (see map here) – and Gueorgiou has spent countless hours there improving his technique day by day. With all the training in more tricky terrain – even at night (see example of a night training at Le Revard here) – it is no wonder Gueorgiou manages the WOC terrain better than most others. And also that he was disappointed when his competitors would have “an advantage” compared to what could have been…

– I expected less visibility and when I saw the forest was quite open I knew that athletes who prepared specially for middle could be faster than me today.

– The race should have been on Montagne de Bange.

On all his trainings on the tricky WOC training maps, the French master of technique has been developing a new orienteering technique to handle the difficulties.

I could return to my normal technique

– I worked hard on developing a new technique to handle the terrain here, but in fact I did not even need it. I started out with the new technique, but then the visibility was so good that I could return to my normal technique. Looking far ahead to see the easily identifiable features, and run fast through the terrain (Editors comment: The full speed – no mistake technique). 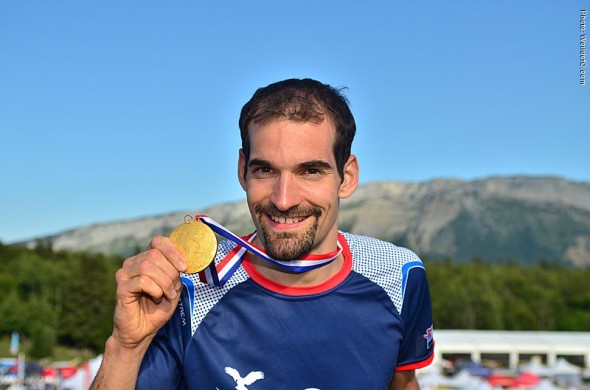 This was Gueorgious 9th individual WOC gold medal – but also the 9th gold medal overall. The relay gold medal is still missing for the French team.

Now the only thing that matters is the relay

– Now the only thing that matters is the relay tomorrow. I hope I will recover faster than after the long distance. The long distance was physically though, but the 2 hours after the race were very hard as wll. Standing in the finish area with fans and media.

Thanks a lot to Tam of the WOC 2011 Team for translating part of the interview.

Jan Kocbach is the founder of WorldofO.com - taking care of everything from site development to writing articles, photography and analysis.
@jankoc
Previous More than 2200 WOC 2011 pictures now online!
Next WOC Middle: Analysis with GPS and splits