Still a long way to go until Christmas – but there were so nice, long routechoice legs at today’s Swedish Champs long distance that we make an early start this year – 104 days ahead of December 1st. The leg in question is the leg from control number 10 to 11 (there was actually also a very nice leg from 3 to 4 – I have saved that one for later). 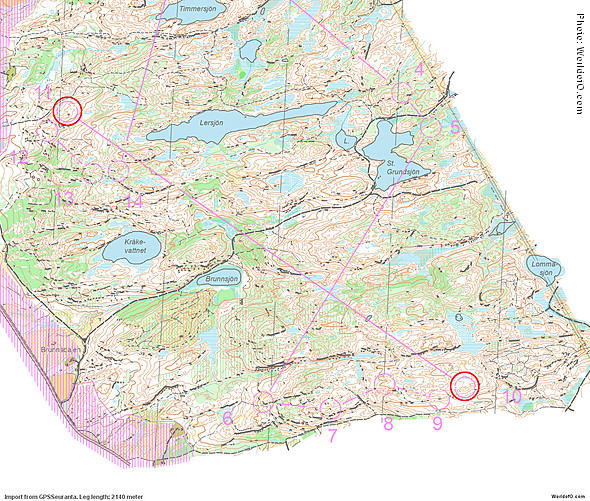 Next you can draw your own route using the ‘Webroute’ below. Think through how you would attack this leg, and draw the route you would have made. Some comments about why you would choose a certain route are always nice for the other readers. When making your choice – remember that this is part of a long distance race.

Now you can take a look at a graphical analysis of the leg based on the GPS-data of some of the fastest runners between these controls (click on an image to see a larger version of it). Note that times are off the GPS, so there might be some inaccuracies at the start/end of each route/track.

As you can see below there are three main choices – either going direct, going far left or going to the right. Francois Gonon is fastest with a direct variant (15:28 according to the official splits). As you see from the illustration below, the runners which are closest to Gonon also run direct variants. 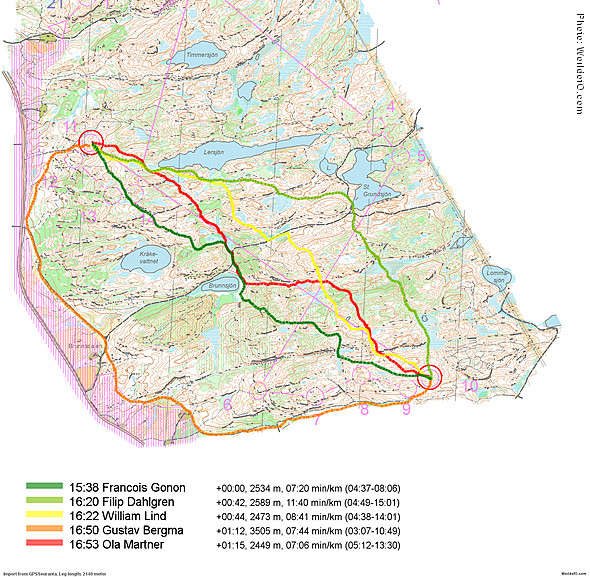 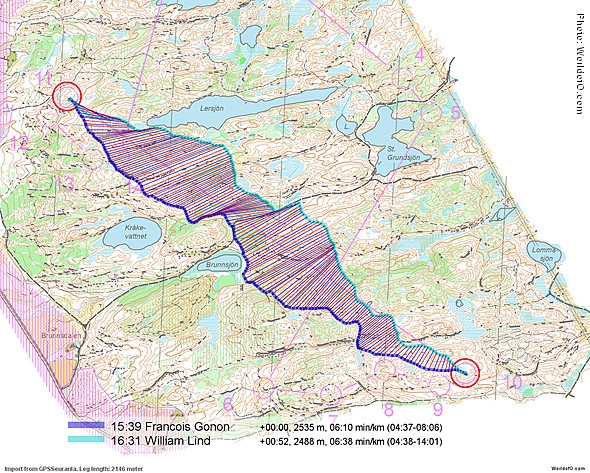 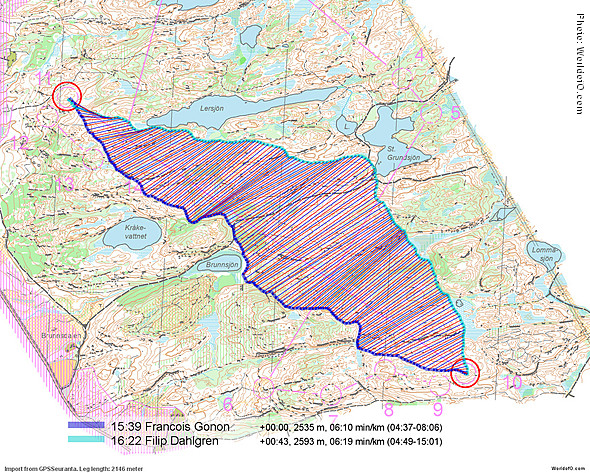 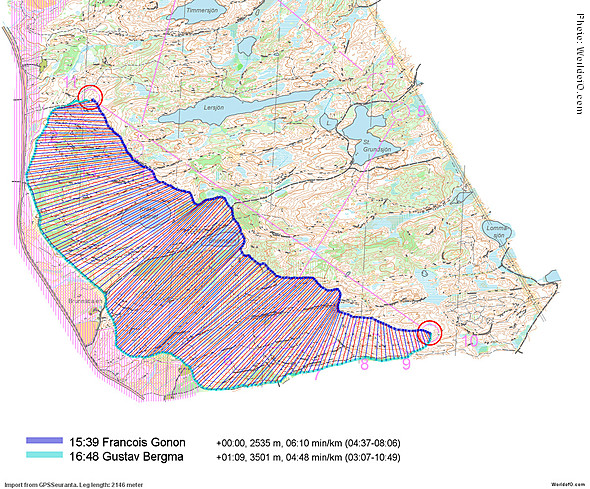